Victorian Christmas Is Still With Us 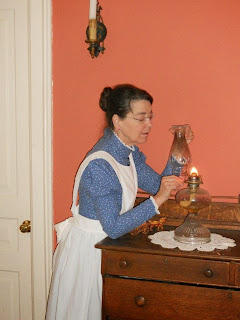 At the risk of rushing the season, it's not too soon to plan Christmas.

Victoriana, a celebration of the Victorian era, is at its height at Christmas.

Even people who don't realize their traditions date back to the 19th continue ideas started under the longest reigning British  monarch.  The most obvious of these traditions is the Christmas tree.  The first Christmas trees came to Britain sometime in the early 1800s. They became very popular in 1841, when Prince Albert (Queen Victoria's German husband) had a Christmas Tree set up in Windsor Castle. In 1848 a drawing of "The Queen's Christmas tree at Windsor Castle" was published in the Illustrated London News. The drawing was republished in Godey's Lady's Book, Philadelphia, in December 1850 (but they removed the Queen's crown and Prince Albert's moustache to make it look 'American'!).

Look at these two illustrations and decide where they were published. 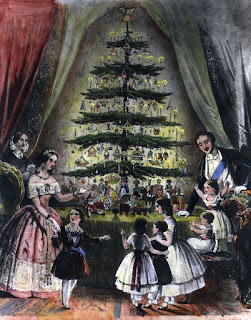 The publication of the drawing helped Christmas Trees become popular in the UK and USA.

Prior to this in Great Britain, Oliver Cromwell and other Puritan rulers had banned Christmas and even the Restoration period didn't succeed in making it a popular holiday.  Here in the U.S. the Puritan disapproval kept it unpopular in their areas.  After the American Revolution it was unpopular throughout most of the country as it was considered an "English custom."  Germans kept Christmas alive, however, and so the young Princess Victoria had a tree as a child because her German grandmother, the Hanoverian wife of King George III, brought the custom to England.  When Victoria married her German cousin, Prince Albert, their family focus for the holiday helped change opinions.  Here are some good summaries of the essential elements of a Victorian Christmas at The Complete Victorian and at Cape May.com with information from their New Jersey area's Queen Victoria Bed and Breakfast.  Back in 2010 I sent readers to Victoriana Magazine's view of Victorian Christmas.  It's still there and today's link is more tied to the specifics of the holiday, but it's not easy to tell what parts of the celebration became popular here in North America since the view is strongly British.

Less pretentious, more streamlined, but definitely not just Victorian is Why Christmas.  I went there for their information on wassailing.  Checking the article on Christmas Pudding, I'm fairly sure it originates in the U.K., but it's still possible to filter out a bit more easily what's for the U.S.  Using the site's search feature for "Victorian" produces 17 articles, but skip the one on Christingles as it isn't Victorian.  The article on the history of Christmas trees gives some fascinating U.S. facts including about lighting and fires and was my source about removal of Prince Albert's moustache and Queen Victoria's crown.

Teacher curriculum ideas on Victorian Christmas are at Teachers First.   As of this writing there are eight possibilities offered, including one that specifically traces the way attitudes changed in the U.S. from 1830 to 1860.

Christmas carols are such an important part of Christmas and the custom's history shows it was revived then by William Sandys and Davies Gilbert publishing their carol collections. 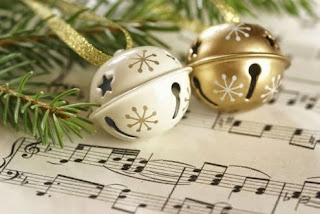 Here is a list of some of the most popular (and public domain) songs, both religious and secular, I was able to verify were of the period although not necessarily British:
Specifically religious
Angels from the Realms of Glory
Angels We Have Heard on High
Away in a Manger
Christ Was Born on Christmas Day
The First Noel
Go Tell It on the Mountain (an African American spiritual dating back to at least 1865)
God Rest You Merry Gentlemen
Good King Wenceslas
Hark! The Herald Angels Sing
The Holly and the Ivy
I Saw Three Ships
It Came Upon the Midnight Clear
Joy to the World
O Holy Night
O Little Town of Bethlehem
Silent Night
We Three Kings of Orient Are
What Child Is This?
While Shepherds Watched Their Flocks by Night

More secular
Deck the Halls
Here We Come a Wassailing (the switch from Wassailing to Caroling is not traditional)
Jingle Bells
Jolly Old St. Nicholas
O Christmas Tree
'Twas the Night Before Christmas
Twelve Days of Christmas
Up on the Housetop
We Wish You a Merry Christmas

This look at Victorian Christmas is getting long, but next I really must take a look at those "Scary Ghost Stories" which became a part of the Victorian Christmas tradition.  It will fit in so well with my Keeping the Public in Public Domain series which will resume here after that article.