It happened this week, the bane of all of us who use our voices to make our living . . . laryingitis.  Had wonderful audiences in Dowagiac for the Lewis Cass Intermediate School District's annual Young Writers' Day, but they had to listen to my voice sounding as if it rusted.  Since then it has rested.  Storyteller that I am, it reminded me of today's story.

Wilhelm Hauff was quite prolific for an author who died at just under 25 years old.  A German author, he's best known for his Märchen (fairy tales), or at least that's the usual translation.  He wrote many of them as if they were set in the Middle East or the Arabian Peninsula.  This was the 19th century and The Arabian Nights or One Thousand and One Nights was another series of stories taking advantage of Europe's interest in that exotic locale. Today's tale takes place in Bagdad.


Because Hauff wrote in German I have three different translations of this story, one of which comes from a book wonderfully titled Arabian Days' Entertainments.  That book won't scan well, so I'm using Caravan Tales and Some Others by Wilhelm Hauff, freely adapted and retold by J.G.Hornstein with lovely illustrations by Norman Ault.  (My third copy is not yet in Public Domain.) It's worth finding many versions of this popular tale when telling it. 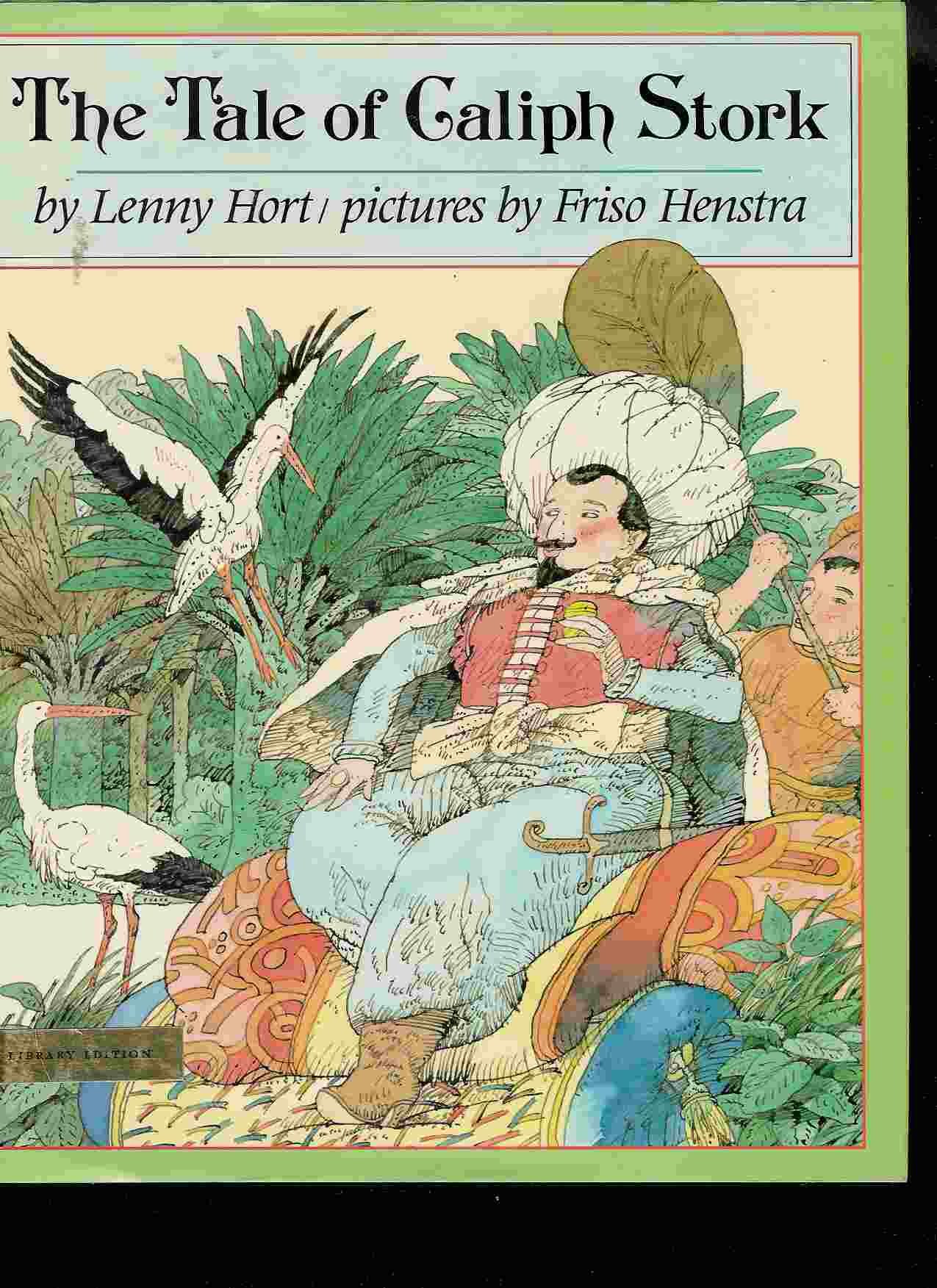 I first saw it adapted by Lenny Hort, who has written several children's books.  He's best known for writing, How Many Stars in the Sky and The Seals on the Bus parodying the song, "The Wheels on the Bus."  (Note that his edition translates Hauff as "Jauff.")

Aaron Shepard, who has adapted many wonderful folktales also did a picture book version of the story.

For online versions you can go to the Digital Library.  Of course there are many copies of Hauff online in both English and German at Project Gutenberg and the Internet Archive.

Obviously for the two picture books and the story at the Digital Library there has indeed been adaptation and abbreviation.  Remember how I mentioned one of my editions being called an Arabian Days' Entertainment?  The story is originally written in five parts.  I will take a different part every other day.  This lets you savor and possibly compare versions of the story rather as Sheherazade kept her own royal listener eagerly awaiting.  (If you just can't wait, I've liberally sown the "breadcrumbs" of links to let you find it right away.) 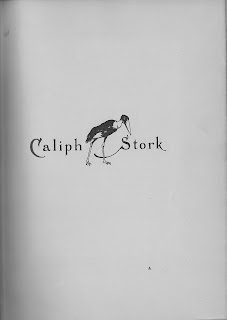 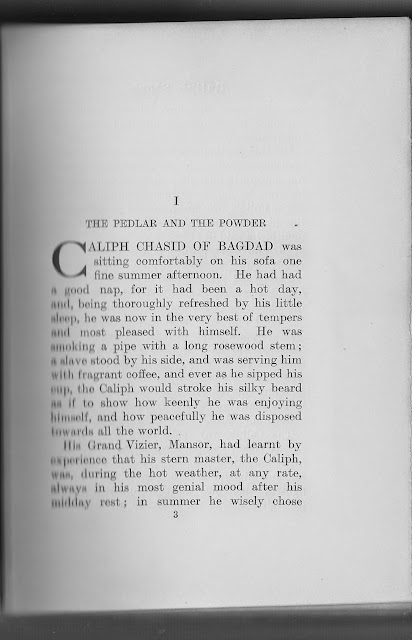 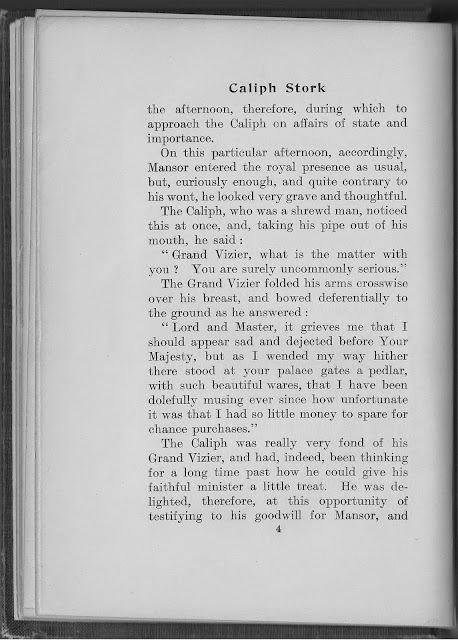 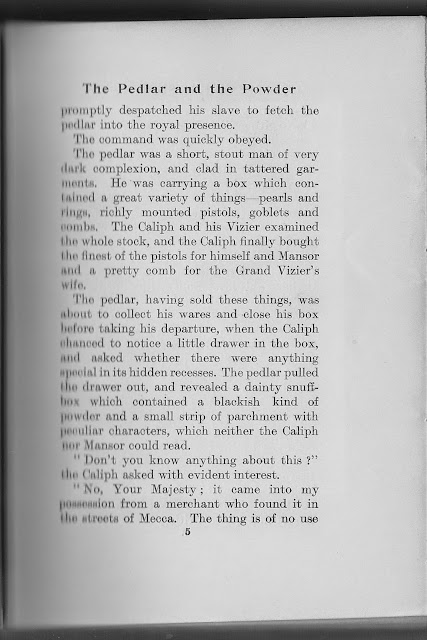 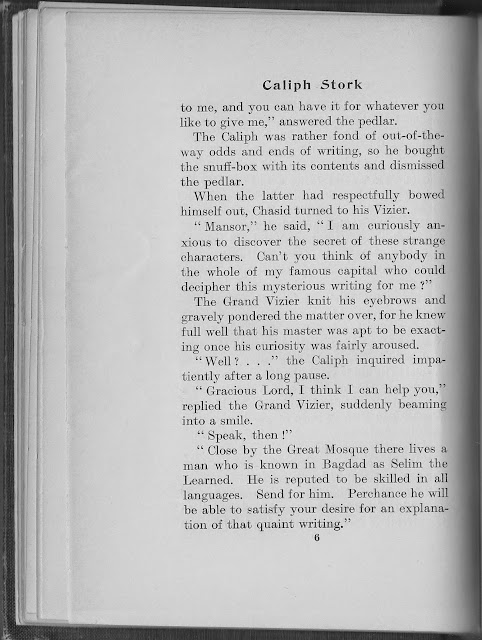 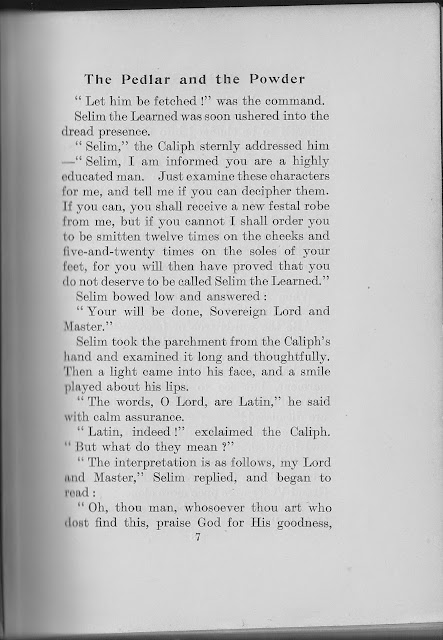 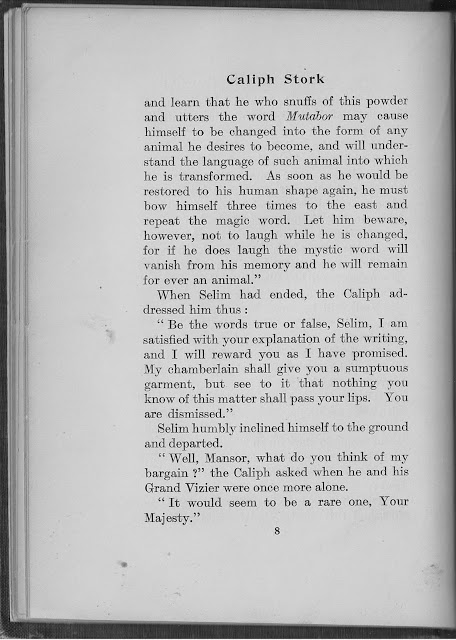 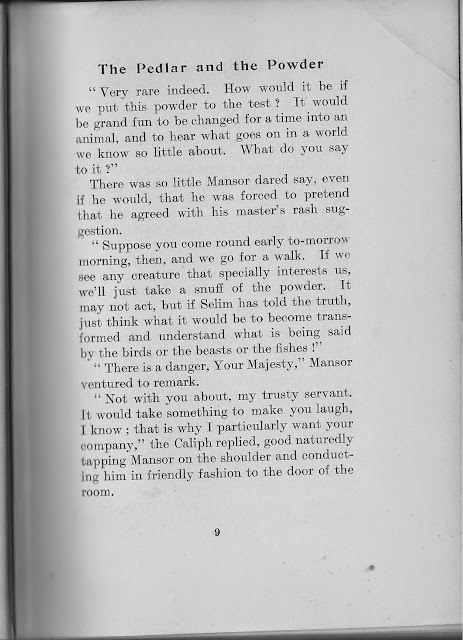 So ends section one, but perhaps you looked at the summary of  The Tale of Caliph Stork, or if you guessed, all is not likely to go smoothly.  This story is worth waiting for and no less an aficionado of tales than Andrew Lang loved it enough to include it in his Green Fairy Book -- yet another breadcrumb of where you can find versions of this story.

Whether here in two days or hunting it up on your own, I heartily recommend you catch the rest of this story!  It's a bit of a change in schedule, but worth it.
Posted by Lois Sprengnether Keel at 1:00 AM