Past Is Present Is Future

DRAT!  Did an Edit and forgot to click Publish again.  Have been going in too many directions at one time, this just tells about the storytelling ones.

Sometimes this newspaper masthead seems so appropriate.  Times Past, Present, and Future.

For the Times Past, lately I've been busy with both my two very real historical personas, Liberetta Lerich Green and Oleda Joure Christides.  Liberetta grew up on an Underground Railroad Station in nearby Shelby Township, she followed the progress of her brothers in Michigan's "Fighting Fifth" Infantry in the Civil War, and then raised her own family of six interesting children.  Oleda, from Marine City was a "Hello Girl", one of the bilingual phone operators in World War I.  In my "spare time" I've enjoyed being part of the musical, The Mystery of Edwin Drood, which is set in 1895 with a Music Hall troupe and involves some improvisation with the audience, including letting them select murderer, detective, and final lovers. 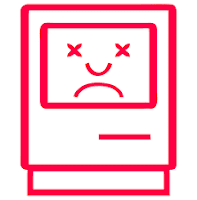 The Times Present has been more aggravating.  Among the most difficult is my transitioning to a new personal computer and trying to retrieve all my backup.  I had to accept the lifespan of my old computer had either ended or deserved to go.  Now I'm trying to figure out how to get everything I had up and again running, hopefully without having to buy even more!

I'm also looking forward to removing the cast from my wrist and arm on March third. 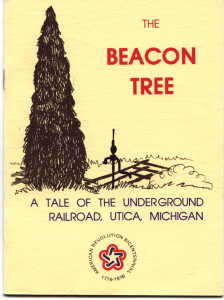 The Times Future has incorporated all of this and even more.  Back on January 26 I did a Liberetta program for Oxford Public Library.  In the process, I was videotaped by Oxford Community Television and was favorably impressed.  In the meantime I did yet another videotaping with Shelby TV, while offering Liberetta's story at the Shelby Township Library.  This was arranged before I knew what would happen in Oxford.  My hope was to document and archive the history of this family for the township, especially the Shelby Township Historical Committee and the Lerich and Green descendants.  The support from the Historical Committee over the years has been the start of so much of my research, beginning with her own oral history, The Beacon Tree, which can be found on the Historical Committee's website.  As a result the Shelby program will be expanded beyond the library program.

Oxford Community Television, however, decided Women's History Month in March would welcome the story of the "Hello Girls" and Oleda.  I definitely agree.  These women fought for 60 years to gain finally recognition as veterans.  They were addressed as "soldier"; warned repeatedly of being subject to Court Martial; their mail, leave, and medical care all came from the military (although, unlike the soldiers also in the army, they were not given typhoid shots, so Hillsdale operator, Cora Bartlett is buried "Over There" because she died of typhoid); one of their switchboards was partially destroyed by German fire earning their supervisor, Grace Banker, the Distinguished Service medal and the operators with her certificates.  Yet when they returned they were denied veterans status.  It wasn't until the 1970s those few still alive received their honorable discharges and promised Victory Medals. 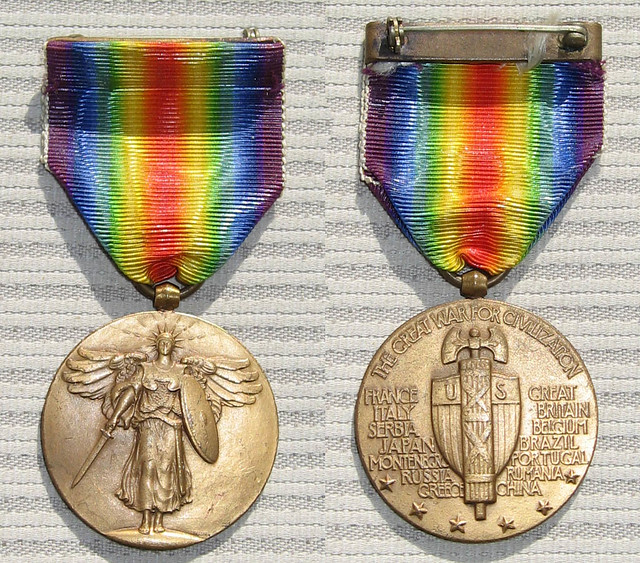 I look forward to offering the video OCTV taped this past week.  Next month is March, Women's History Month, and I plan to publish each week articles and photos from Bell Telephone News from the time before and after their service, showing the operators of Michigan and Illinois.