Parker - The Rainmaker Wirinun - Keeping the Public in Public Domain


As of January 23, 2020 when a crash killed three Americans battling the Australian wildfires, CBS News reported:


The tragedy brings the death toll from the blazes to at least 31 since September. The wildfires have also destroyed more than 2,600 homes and razed more than 25 million acres, an area bigger than Indiana.
(New South Wales Premier Gladys) Berejiklian said there were more than 1,700 volunteers and personnel in the field, and five fires were being described at an "emergency warning" level - the most dangerous on a three-tier scale - across the state and on the fringes of the nation's capital, Canberra.
The Reuters news service said the wildfires have killed an estimated billion animals.

On my Facebook page (open for viewing to the public) I've posted about the matching funds being raised by the American Veterinary Medical Association to help Australian veterinarians helping animals in the fire.  I featured that because the species in Australia are unique and in danger of extinction from the wildfires.  Food is also being airdropped for animals surviving the fire but losing their natural food supplies. 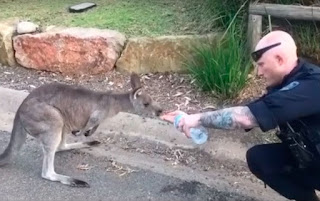 Yes, people help and they need help too.  You can guarantee assistance through religious relief groups, including the Salvation Army of Australia (nicknamed the Salvos in Australian English), who are doing an excellent job of detailing the ongoing work of their Disaster Relief Team, or the international Red Cross is an option through Australian Red Cross' Disaster Relief and Recovery. 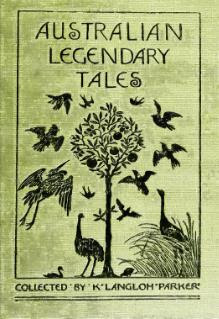 The classic Public Domain Australian Aboriginal stories are found in the 1896 collection by K. Langloh Parker in Australian Legendary Tales.  That link to the Wikipedia article on it does a good job of reviewing the book's Victorian colonial shortcomings and its more favorable view of her methods which she defended by saying:


I am very careful to get them as truly as I can—first I get an old black to tell it in his own language—he probably has little English—I get a younger one to tell it back to him in his language he corrects what is wrong—then I get the other one to tell it to me in English—I write it down, read it and tell it back again to the old fellow with the help of the medium, for though I have a fair grasp of their language I could not in a thing like this trust to my knowledge entirely.

Parker grew up on a northern New South Wales station (prime territory for the current fires although they are widespread throughout the continent) and she is believed to have developed an early affection and interest in Aboriginal culture after being saved from drowning at age six by an Aboriginal girl.


The Euahlayi people, of whom Parker writes have their own language and names for things and people.  At the risk of delaying their story, I will give this "glossary", but you may use it later or when you wish.  Because the language at the time Parker wrote was taken from oral language without a standardized written spelling, occasionally an alternative is given parenthetically.  Parker sometimes also inserts the meaning within the story.  The chant within the story is not explained.  I'll let the pronunciation guide wait until the end. 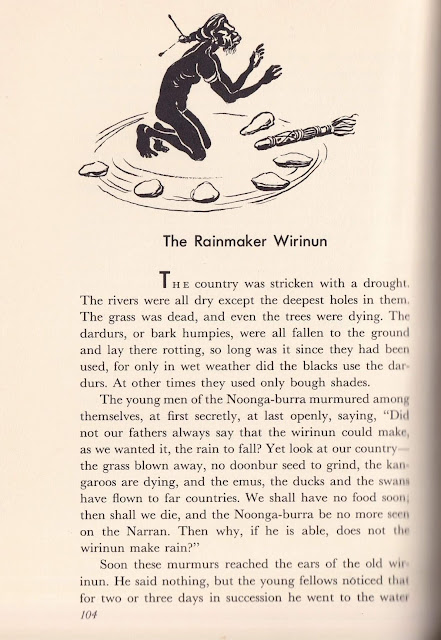 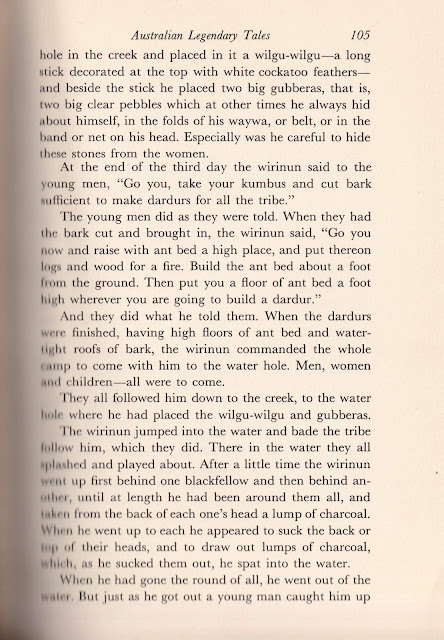 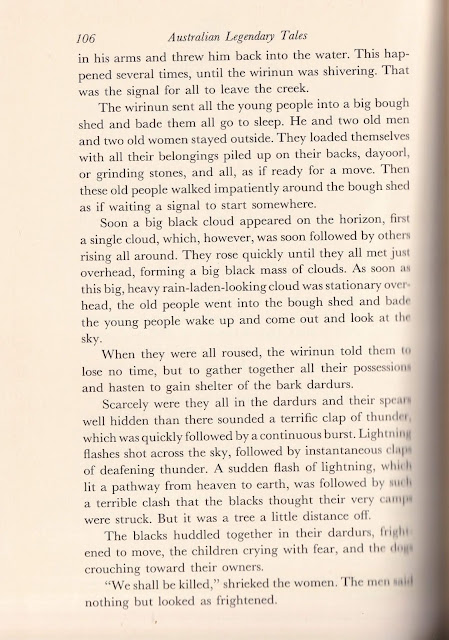 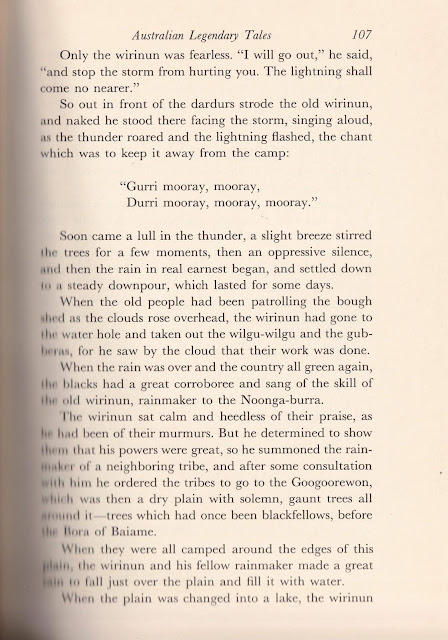 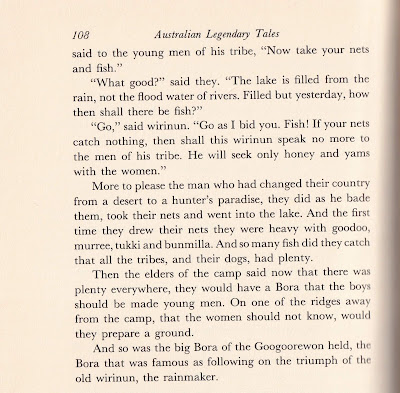 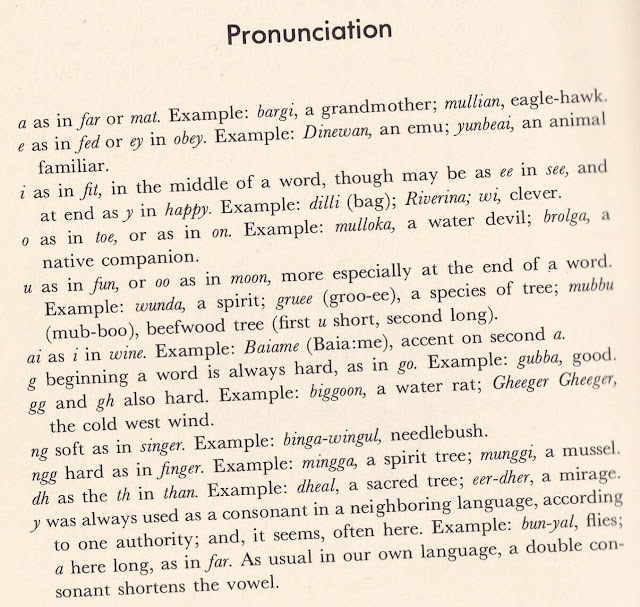 Certainly rain is needed to help, but the drought preceding the wildfires was frequently set ablaze by lightning.  The high volatility of the oil in Australia's Eucalyptus, which forms three quarters of its forests, also has an adaptation to fire, regenerating from buds deep inside its thick bark. 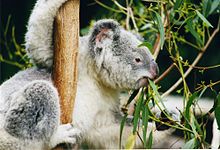 Since eucalyptus leaves form the bulk of a koala's diet, I'm hopeful especially after reading how places that had the fires back in September have already begun to rejuvenate.