Book One in An Argosy of Fables by Frederic Taber Cooper is Classical Fables.  Part I is Aesop, a full 109 pages worth.  I'll skip that since this series started with Aesop.  Instead fables will be chosen from each of the other three parts.  Part II is Babrius (I'll give a Wikipedia link for each classical fabulist), Part III has two subsections, A is Phaedrus, while B is further fables attributed to Phaedrus, Part IV is labeled Avianus, Abstemius, Etc.  (Odo of Sherington is listed more than either Avianus or Abstemius.)

The first page of the Babrius part gives us a glimpse of the decorated initial opening his section by illustrator Paul Bransom.  It also has two stories and the second is certainly timeless. 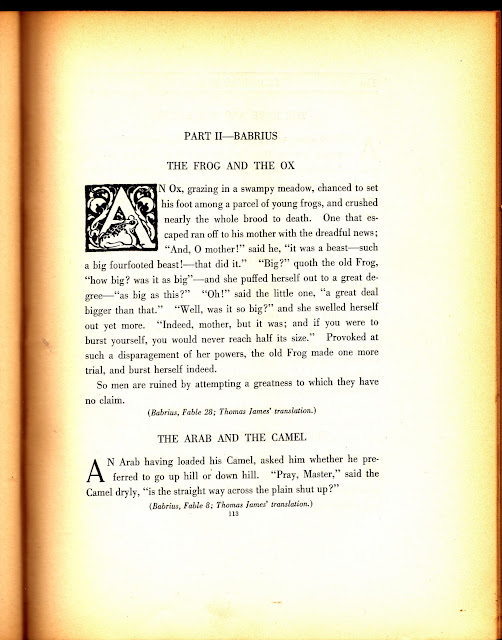 For Part III I chose something definitely by Phaedrus.  It also gives a view of the fabulist's world.  In addition I chose a story accompanied by a full page illustration for a better view of Bransom's work. 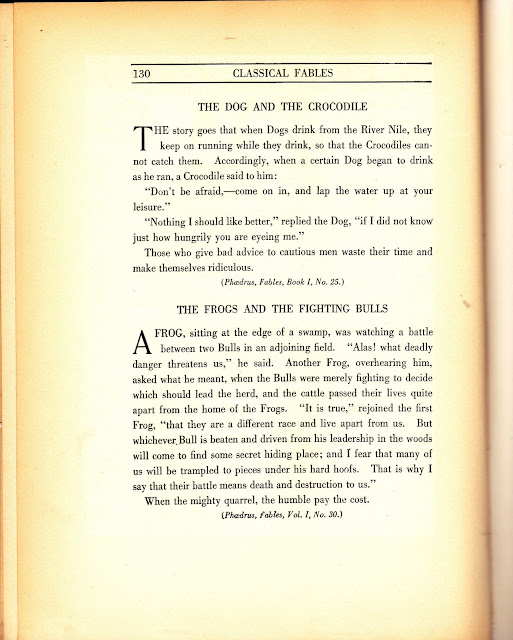 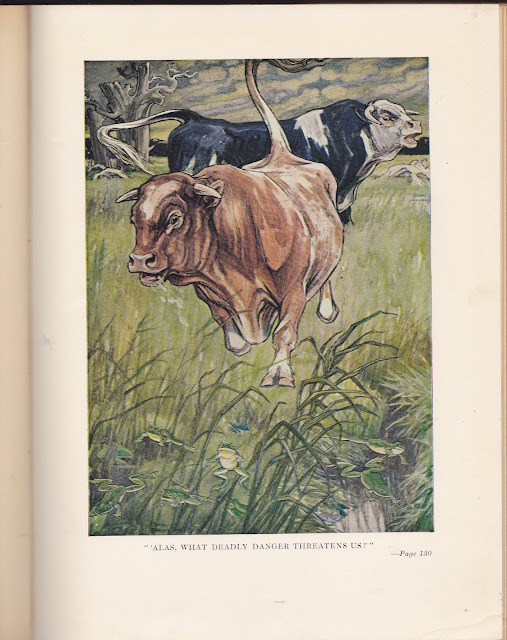 Part IV includes some familiar stories, Avianus is credited with a story about a clever crow using pebbles to raise the level of water in a jar which I have heard attributed to Aesop, but Wikipedia points to Babrius as his probably source, but taking those fables from Greek to Latin; the section closes with the familiar story of The Miller, the Boy and the Donkey again attributed to Aesop, but Wikipedia explains that Faernus did a noteworthy version of Aesop in the 16th century; the many fables in Part IV by the English minister, Odo of Sherington, who is also known as Odo of Cheriton also had me wondering, so today's final selection combines yet another familiar story, the one about the belling of the cat by Abstemius with 2 tales by Odo. 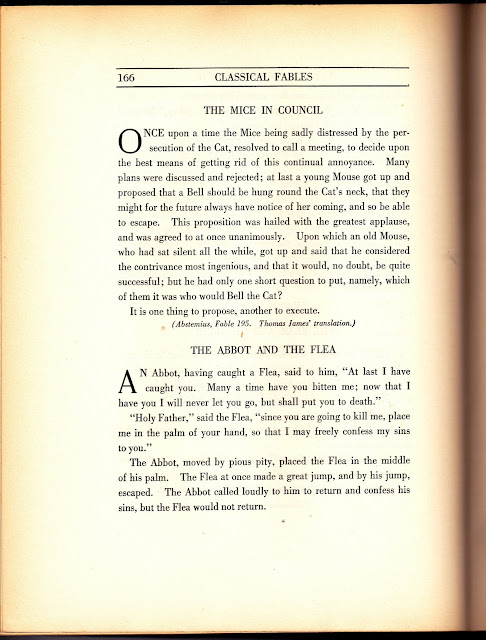 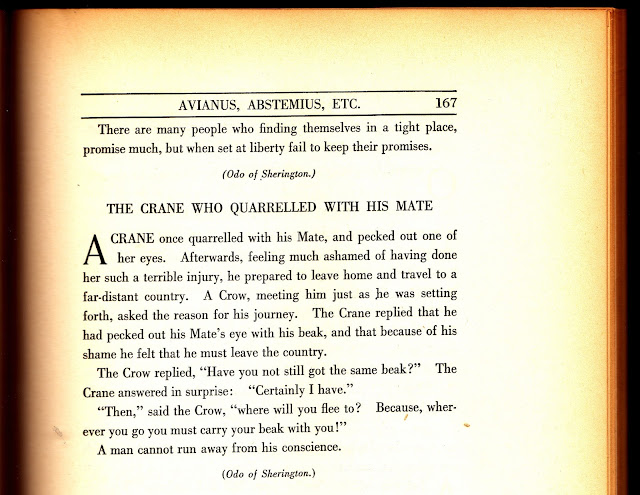 The next Fables "book", Oriental Fables, will be next week's selection.
***************
This is part of a series of weekly posting of stories under the category, "Keeping the Public in Public Domain."  I will post on Saturdays in the series unless that week I have other research articles.  I hope this will satisfy all who have found these stories worthwhile.  I include myself in that audience.  The idea behind Public Domain was to preserve our cultural heritage after the authors and their immediate heirs were compensated.  I feel strongly current copyright law delays this intent on works of the 20th century.  I hope you enjoy discovering new stories.