Corrections . . . or Nobody's A Nobody

2018 is barely started and, just as New Year's Resolutions are a form of corrections, I'm finding a pair of corrections needed on my blog, yet each of them got me singing.

David Quesal said it's not a biggie that last week I called Truggs "Trugg" even in my article's title.  I can see why he feels that way when you consider how many puppets are part of the Quesal Puppet Troupe after their tenth anniversary last September.  I disagree with David a bit after hearing this great video cover by Truggs and all his puppet friends performing the song "Nobody's a Nobody" with the various members of his puppet troupe.  Love the lyrics of "Nobody's a nobody and everybody is weird like you and me and everybody is weird like you and me!"  I am impressed with how many videos you can find of this wacky puppet vision.  For many more go to the David Quesal channel on YouTube.  There is also a secondary channel.

But I did say this was CorrectionS.  I'm already preparing to bring back my One-Room School teacher program and found a correction needed from a much older post.  In all fairness, I never used the part missing so far.  I took it from online posts of the song about the presidents as sung to Yankee Doodle.  Since the next time I will be doing the program, I'm going further into the 20th century, I began to realize President McKinley had been skipped!  Here's the song from August 10, 2014! with my addition of the 25th president -- what a difference one line (and life) makes.  Because I also gave links and talk about the original source I'm including a bit more than just the song between the asterisks.
***
I'm going to insert Wikipedia links for easy access to basic information on each president.  Wherever those links don't explain a historical reference I'll either add that parenthetically or as a link.

George Washington, the choice of all,
By Adams was succeeded.
Then came Thomas Jefferson
Who bought the land we needed.
Madison was called upon
To keep our noble men.     (I presume this is about England impressing U.S. sailors)
And James Monroe ushered in
The Era of Good Feelings.
John Quincy Adams was the next
And then came Andrew Jackson
And after him Van Buren came
And the Panic's wild distraction.
Then Harrison for one month ruled,  (death by pneumonia introduces "The Curse")
And Tyler came in order,
And Polk and War with Mexico,
About a little border.
Then General Taylor was the choice,
But after one year only
Death called the hero to his rest
And left the chair to Fillmore.
Then Pierce and James Buchanan came
And the War closed thickly lower.
And Lincoln was the chosen one,
The statesman for the hour.
Then after Lincoln’s martyrdom,
Johnson of Tennessee.
And Grant a war time here
The Silent Man was he.     (? His throat cancer came after the presidency)
Then R.B. Hayes was counted in, then
Garfield, second martyr,
Whose term was ended peaceably by
Chester Alan Arthur.
Next Cleveland came and Harrison, (grandson of first President Harrison)
Then Cleveland came once more.
McKinley wore a martyr's crown before his term was over,
Then Roosevelt came to serve the state,
The people called him Teddy.
Then William Howard Taft came on,
For duty ever ready.
Then Woodrow Wilson came to fill the
Loftiest of stations.
He steered the Ship of State throughout
The World War of the Nations.
Next Harding ruled a few short months, (half of his term)
And Coolidge then succeeded.
Hoover served his country well
Wherever he is needed.
The text for this song was found in an excellent PioneerSchool Teacher Guide put together for the Fort Worth Log Cabin Village) with the assistance of Heritage Village School, Lincoln Nebraska, Diane Winans, Eagle Mountain Elementary, Shelly Couch, Saginaw Elementary, and the Log Cabin Village Staff.

Music was certainly more than just a memory aid.

***
While we're thinking about the one-room school teacher, here's me on YouTube telling a few stories from the program as used in the current 2015-18 Michigan Humanities Touring Directory.  (If you want to find my listing, go to page 52 -- shared with a listing for Gwendolyn Lewis.)  The current round of grants are again open at Michigan Humanities Council .  If you happen to see this at a time when grants are closed, check back as there are repeated rounds throughout the year and is a great way for non-profits to afford my program and many other fine Michigan performers. 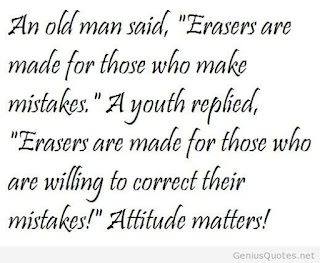