The One-Room Schoolteacher program is adaptable because rural one and two-room schools cover a long time in U.S. history.  This coming week I'll do programs related to pioneer times in the "Wild, Wild West."  Here in Michigan our pioneer times were in the first half of the 19th century.  Teachers out west in the second half of that century faced many of the same challenges, but had added materials and ideas of the times.

Music was both an enrichment of classroom time and an educational tool.  We've all probably chanted or rapped the multiplication tables.  Nowadays Multiplication Rock is popular and Mr. R's World of Math and Science gives math songs from Early Learning through a bit of geometry.  The best example of educational use going back in time is in a song using Yankee Doodle to tell of the Presidents and often a brief bit of history. For just the presidents' names still to the tune of Yankee Doodle, this YouTube version goes all the way up to the second Bush in 2007.  YouTube also has many other songs for the topic, a few even "piggyback" existing songs to learn the presidents. 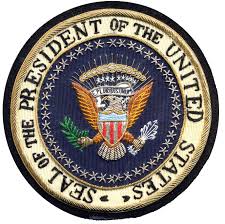 The Mountain Democrat newspaper for Placerville, California on July first, 1893 posted this version of Yankee Doodle as written by J.D. Elder, a teacher from the Burwood School.


George Washington, first President,
By Adams was succeeded.
Tom Jefferson was next the choice;
The people’s cause he pleaded.
Madison was then called forth
To give John Bull a peeling.
James Monroe had all the go
In the “Era of Good Feeling.”
‘Twas J.Q. Adams then came in
And next came Andrew Jackson,
Who’d licked John Bull at New Orleans
With such great satisfaction.
Then Van Buren took the chair;
Then Harrison and Tyler –
The latter made the Whigs so mad
They thought they’d “bust their biler.”
We then elected James K. Polk;
The issue that did vex us
Was, “Shall we ‘do up’ Mexico
And ‘take in’ little Texas?”
Taylor then got in the chair,
But soon had to forsake it.
Millard Filmore filled it more,
Frank Pierce then said, “I’ll take it.”
Old Jim Buchanan next popped in.
Abe Lincoln then was chosen;
He found the current of events
Was anything but frozen.
Andy Johnson had a time;
The Senate would impeach him,
But as it took a two-thirds vote
They lacked one vote to reach him.
And now we come to U.S. Grant,
The man who fought at Shiloh,
And Hayes and Garfield, who was shot –
They both came from Ohio.
Arthur then the scepter held,
To Cleveland turned it over.
Ben Harrison sandwiches in,
And now again it’s Grover.

That's certainly a good song up through 1897 when Grover Cleveland's second term ended.  I prefer one that goes a bit into the 20th century since my programs aren't always just pioneer times.  Another plus is that for this program I can stop at an appropriate point in the song by ending with Chester Alan Arthur changing the words to "Whose term we hope ends peaceably with Chester Alan Arthur."  This also is a song that lets me include a great story about the Curse of Tecumseh  or Tippecanoe.  The Curse of presidents elected every 20 years started with Governor Harrison and ended with President Reagan.  There's a fascinating story behind it!

I'm going to insert Wikipedia links for easy access to basic information on each president.  Wherever those links don't explain a historical reference I'll either add that parenthetically or as a link.


George Washington, the choice of all,
By Adams was succeeded.
Then came Thomas Jefferson
Who bought the land we needed.
Madison was called upon
To keep our noble men.     (I presume this is about England impressing U.S. sailors)
And James Monroe ushered in
The Era of Good Feelings.
John Quincy Adams was the next
And then came Andrew Jackson
And after him Van Buren came
And the Panic's wild distraction.
Then Harrison for one month ruled,  (death by pneumonia introduces "The Curse")
And Tyler came in order,
And Polk and War with Mexico,
About a little border.
Then General Taylor was the choice,
But after one year only
Death called the hero to his rest
And left the chair to Fillmore.
Then Pierce and James Buchanan came
And the War closed thickly lower.
And Lincoln was the chosen one,
The statesman for the hour.
Then after Lincoln’s martyrdom,
Johnson of Tennessee.
And Grant a war time here
The Silent Man was he.     (? His throat cancer came after the presidency)
Then R.B. Hayes was counted in, then
Garfield, second martyr,
Whose term was ended peaceably by
Chester Alan Arthur.
Next Cleveland came and Harrison, (grandson of first President Harrison)
Then Cleveland came once more.
Then Roosevelt came to serve the state,
The people called him Teddy.
Then William Howard Taft came on,
For duty ever ready.
Then Woodrow Wilson came to fill the
Loftiest of stations.
He steered the Ship of State throughout
The World War of the Nations.
Next Harding ruled a few short months, (half of his term)
And Coolidge then succeeded.
Hoover served his country well
Wherever he is needed.

The text for this song was found in an excellent PioneerSchool Teacher Guide put together for the Fort Worth Log Cabin Village) with the assistance of Heritage Village School, Lincoln Nebraska, Diane Winans, Eagle Mountain Elementary, Shelly Couch, Saginaw Elementary, and the Log Cabin Village Staff.

Music was certainly more than just a memory aid.  Next time I'll look at Old Time Music resources for programs.