My dog loves to take me on lo-o-o-ng walks.  Today we turned off a route he's been using lately and onto a trail I last recall in ice and snow.  It's amazing how the meadow grass is now chest high, reaching still higher and the woods have green leaves everywhere.  The grass forms a wall on one side of the trail and the woods on the other.  Such a transition reminded me this Sunday, June 21, is the first official day of summer.
This left me wondering if I'd posted the tale by the Schoolcrafts about The Summer Maker.  Yes, I did, but the First Nations of Canada tell many stories reminiscent of Michigan's Anishinaabe legends.  (The People of the Three Fires are north of the Great Lakes, too.)  Even more than "The Summer Maker", however, today's story reminds me more of  Peboan and-Seegwun, also from the Schoolcrafts, which I posted this past spring . . . possibly after walking this same trail.

While this Canadian story has Glooskap as its hero, it could very easily have been the Anishinaabe legendary figure Nanabazhoo.  (Because of different dialects and a lack of standardized written form of his name, it's sometimes Manabozho and other spellings -- and, yes, Longfellow created his own character of Hiawatha from him.)  Canadian professor Cyrus Macmillan started with the Micmacs for Glooskap before moving westward in his collections of Canadian Wonder Tales (1918), the source of today's tale, and Canadian Fairy Tales (1922).  Find all of his works, including those two, at the Internet Archive.  Unfortunately for folklore lovers in 1923 he stopped collecting and his focus switched to the academic life of McGill University and politics. 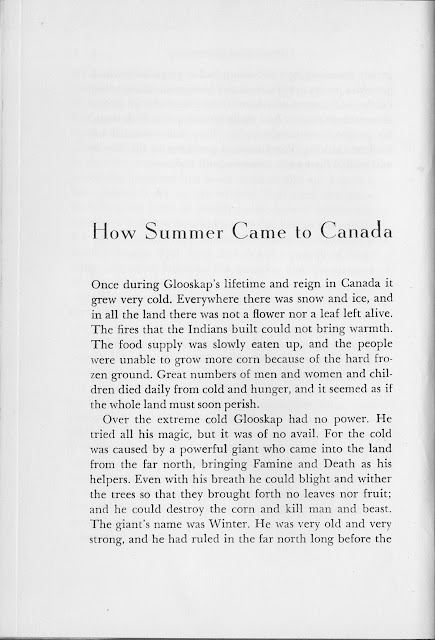 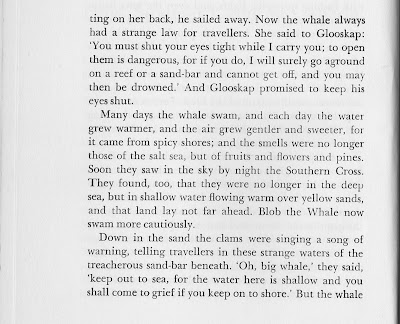 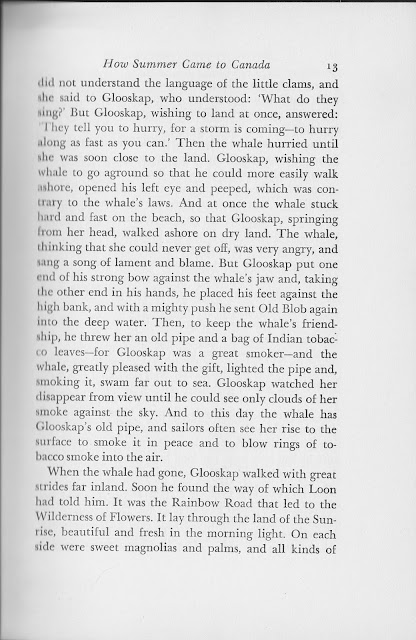 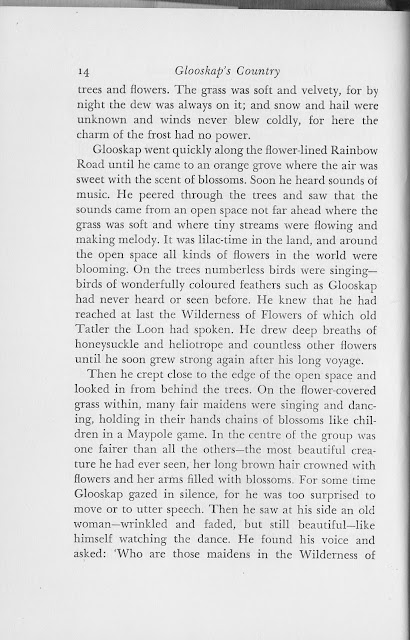 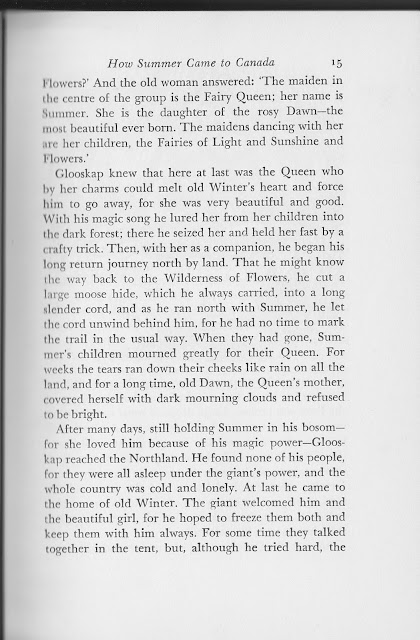 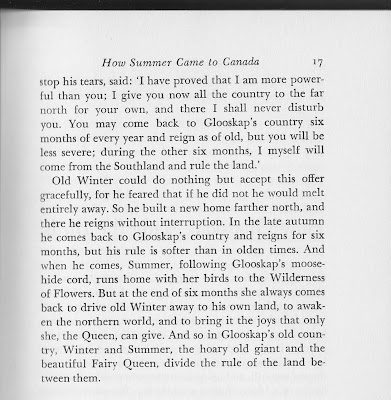 Since Canada is the first foreign country south of me here in the Detroit metro area, this is our story, too.  After Sunday's Summer Solstice it's all down hill, so enjoy the long days and warmth because this promise of Winter's return will start up again.  Michigan right now is indeed the Pleasant Peninsula promised in the state motto of "If you seek a pleasant peninsula look around you."  It enjoys four seasons, although spring and autumn always seem too short, but look out!  Glooskap made the bargain, let's blame him for Winter's return.