100th Post of Keeping the Public in Public Domain

The fireworks here is not just for the 4th of July.

It's hard to believe, but there have been 100 stories in this series of Public Domain stories.  To celebrate I looked for a story with 100 in it and found a goodie.  Because it comes from another language, not every version of the title is translated  the same.  This comes from Frederic Taber Cooper's An Argosy of Fables which had 5 posts in September of 2013.  That book is huge and it was hard to limit myself to a representative of the main categories.  Today's story comes from the segment Cooper called "Hindoo Fables".  When that was mentioned earlier, I explained that was his early 20th century oversimplification of Indian culture since their majority religion is Hinduism.  This comes from the ancient Panchatantra tales.  Noted Sanskrit scholar, Arthur Ryder, has another version of the story he titles "Hundred-Wit, Thousand-Wit, and Single-Wit (pp 444-446)."  I prefer his title, but possibly Ryder's translation was too academic.  Cooper's version tells in more accessible style. 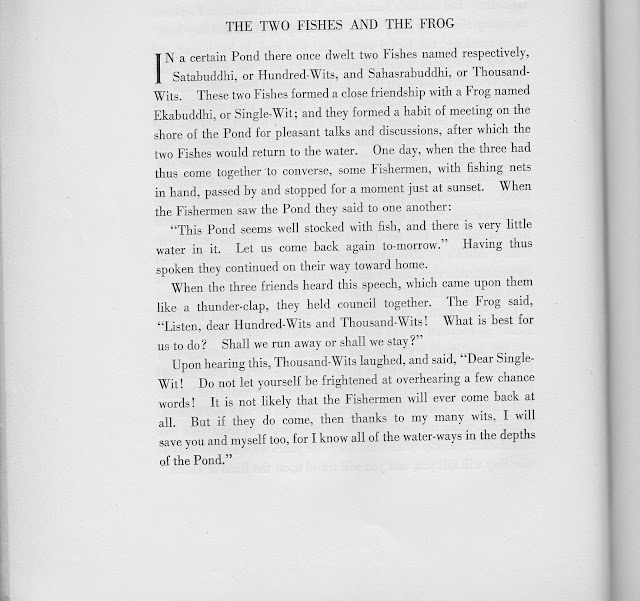 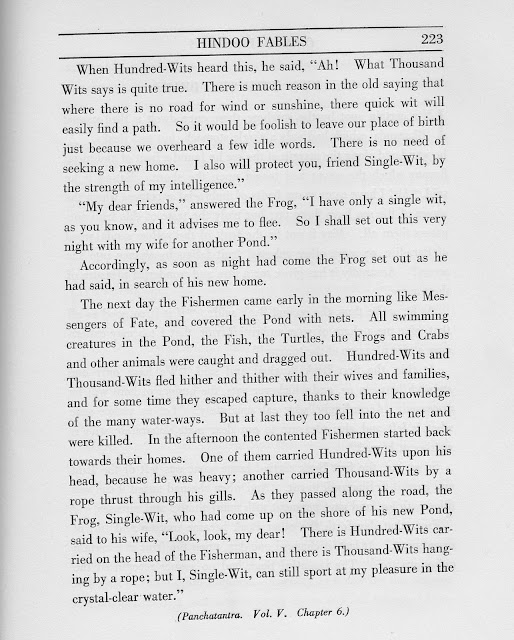 While your at it, the first two weeks in June's discussion on fables used two Jataka tales for a discussion of whether to tell the moral or not.

A great way to spark a story is to take a proverb and create a story to illustrate it.  Fables do just that, but it's up to the teller to decide if telling the moral helps or hurts the story.