Last year I gave a favorite story from Sir George Douglas about an enormous Sea Serpent defeated by a lad named Assipattle.  (Unfortunately the use of Baronet Douglas's title put him alphabetically in the Labels section under "S.")  This was in preparation for the 165th Highland Games of the St. Andrews Society of Detroit.  This Saturday I hope you catch the 166th Highland Games including storytelling in the Wee Bairns area.   Selkie (or Silkie, or Selchie) are the Scottish "Mer people."  There are many stories about them in Douglas's Scottish Fairy and Folk Tales, including the ever-popular tale of the woman trapped in human form until she can find her seal skin, leaving her human husband to return to her Selkie people.  That story has been made into many picture books, including this irresistable Arthur Rackham illustration inspired by a related non-Scottish legend. 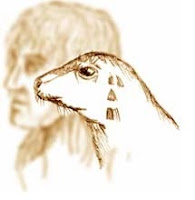 That illustration can also be found with a brief re-telling of the Seal Wife story at Bo's Little Black Book of Fae Lore which also mentions a similar Australian creature, the Bunyip.  (There are some great stories the Aussies tell about Bunyips, too!)
With so much attention on female Selchie, today's story gives an interesting male view.  The Orkney Isles are especially associated with Selkie tales and Orkneyjar gives a concise, but livelier overview than the earlier hotlinked Wikipedia Selkie customarily thorough article
So let's dive right in to the story! 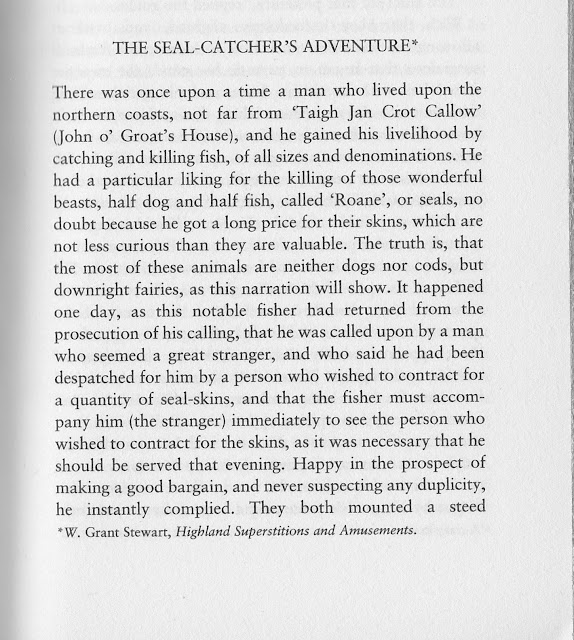 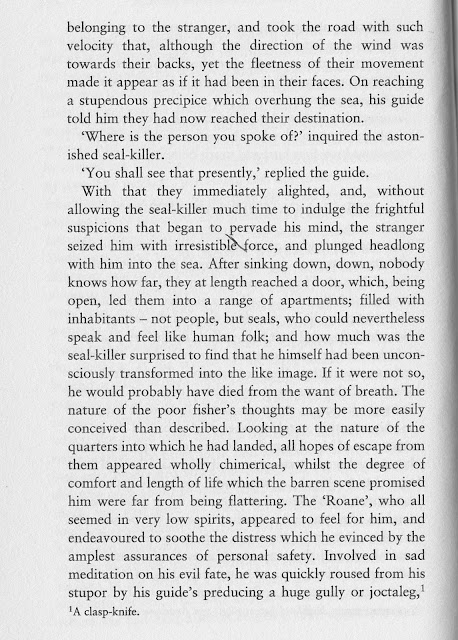 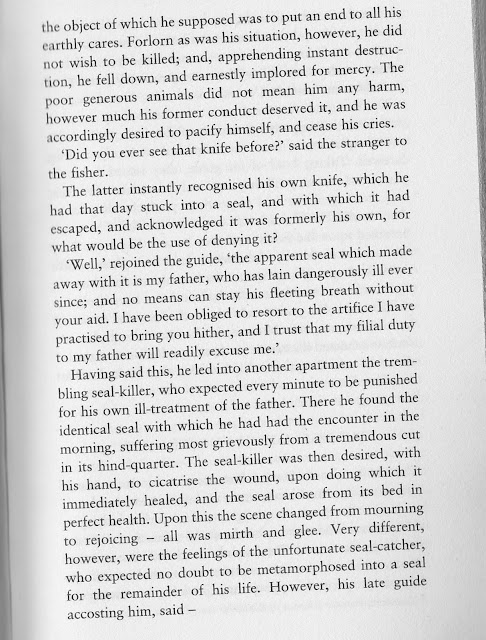 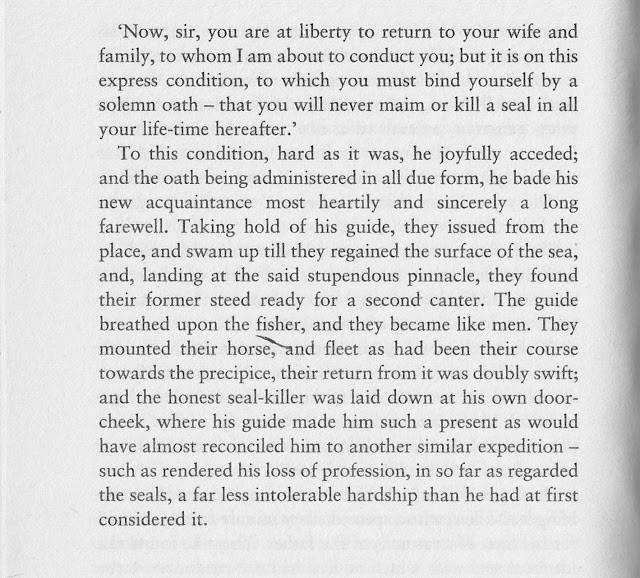 Re-telling this story I'd clarify that "present" mentioned at the end.  It sounds as if the grateful Selkie may have given him a treasure to replace the seal-catcher's former work.  Then again perhaps his life and the adventure were enough? . . . NAH!  The fae folk have treasure and are likely generous in such circumstances.  By the way, re-telling the story I'm sure we all would revise some of the 19th century language, but the tale is surely a keeper to balance all those Mermaids and Selkie wives.  (Douglas precedes this story with "The Mermaid Wife" from Folk Lore and Legends, Scotland published by W.Gibbings -- which is that oh so familiar tale.)

You also probably noticed Douglas, who lists himself as having "Selected and edited" the book's contents, gives his source for this story as W.Grant Stewart's book, Highland Superstitions and Amusements.  Hathitrust has two copies of that book but it's titled The Popular Superstitions and Festive Amusements of the Highlanders, with this story starting on page 65, if you are interested.  Since Douglas is considered the more easily obtained and generally recognized collector, I'm still crediting him, but want to note his source.

If you really want to get into the spirit of Scottish folklore, Professor D.L. Ashliman, before retiring from University of Pittsburgh, did a digital library page taking you to 79 Scottish folklore books including Douglas and the Gibbings anonymous book, but omits W.Grant Stewart.  There's always more to discover as folklore is a bottomless reservoir that never stops and so we want to Keep the Public in Public Domain.
****************

Thanks for this, Lois. I love Highland Games and have been telling stories at ours for a few years now. I tell my version of the familiar selkie story. And I always tell people that, according to tradition, the McPhies are descended from selkies!

Hey, Marilyn, now you have another to honor your selkie tradition. My own clan is the Sterlings and our motto is GANG FORWARD! As you know me and I resemble that remark!