Sometimes I feel like the Roman god, Janus, who is depicted as looking forward to the future and back to the past. He was in charge of beginnings, endings, and transitions (perfect for storytelling).

This past week included a program as Liberetta Lerich Green in Mecosta telling about her family's experiences running an Underground Railroad Station and explaining about abolition.

This next week I'm gearing up for the annual Scottish storytelling at the Highland Games in Livonia on August 6.  It's in the Heritage Area called the Wee Bairns, although my telling is tailored to the age and interests of the audience.

Today's story comes from the 1908 classic anthology, Tales of Laughter, edited by Kate Douglas Wiggin and Nora Archibald Smith.  Wiggin is probably best known for writing Rebecca of Sunnybrook Farm, but she was a pioneer in Early Childhood Education.  I knew she and Smith had created a fine series of fairy tale anthologies, but didn't realize they were sisters.  The Wikipedia article on Smith gives a more complete listing of those works which stretched from 1890 to 1923 as well as even more on her own.  She, too, was active in the Kindergarten movement.  There's so much they produced worth posting as a Keeping the Public in Public Domain story, that I plan to say more about them in the future.

Don't let the Scottish dialect slow you down in this bit of cumulative nonsense reminiscent of "The Old Woman and Her Pig." 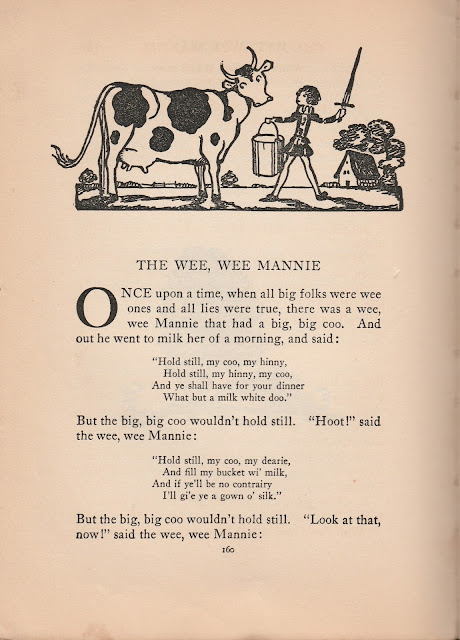 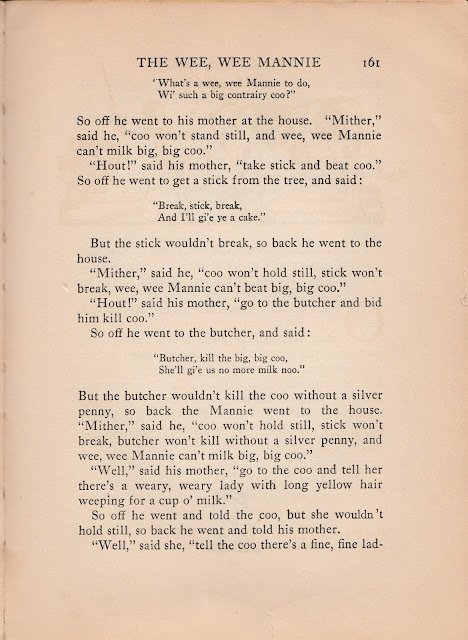 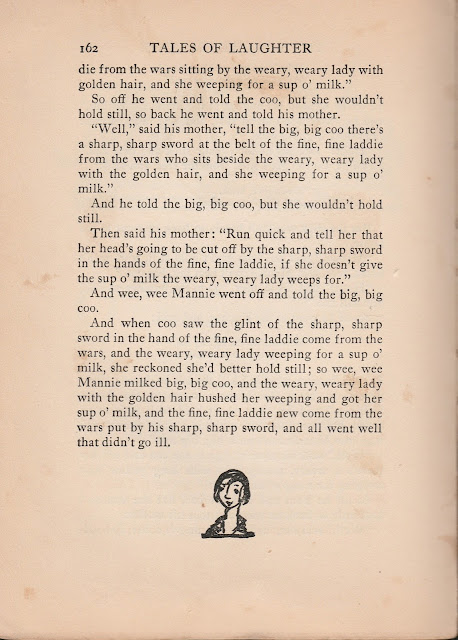 ********
Continuing the Janus-like looking in two directions, last week I mentioned this concluding portion of the public domain stories would be changing to provide more recommendations.
Here's my new closing for days when I have a story in Keeping the Public in Public Domain.
*****************


At the same time, my own involvement in storytelling regularly creates projects requiring research as part of my sharing stories with an audience.  Whenever that research needs to be shown here, the publishing of Public Domain stories will not occur that week.  This is a return to my regular posting of a research project here.  (Don't worry, this isn't dry research, my research is always geared towards future storytelling to an audience.)  Response has convinced me that "Keeping the Public in Public Domain" should continue along with my other postings as often as I can manage it.
Other Public Domain story resources I recommend -
You can see why I recommend these to you. Have fun discovering even more stories!