Hearn - The Goblin Spider - Keeping the Public in Public Domain 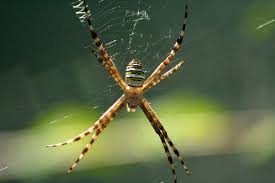 Today's story recorded by Lafcadio Hearn is short but will give many chills.  It's deeply ingrained in Japanese folklore and art as seen in these pictures, both traditional and modern, I've inserted in the story. 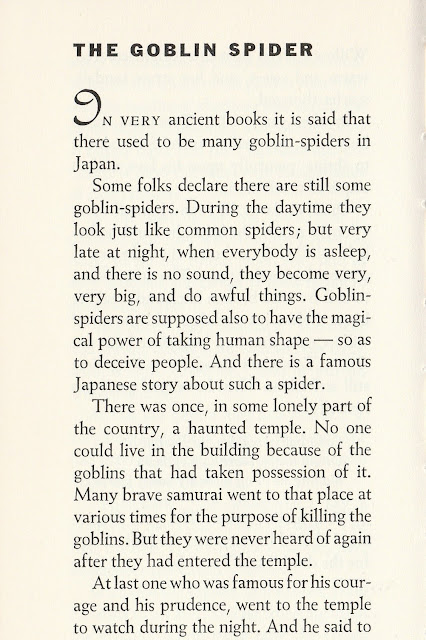 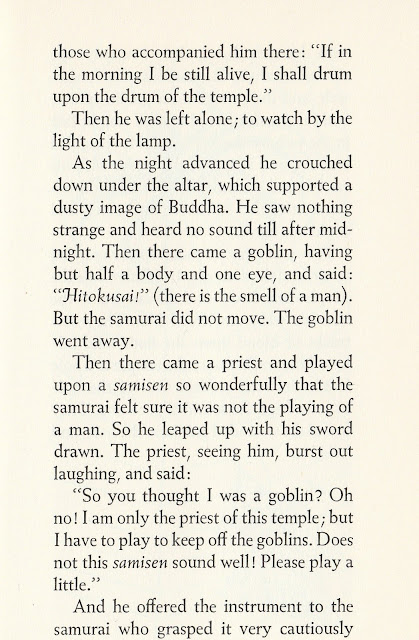 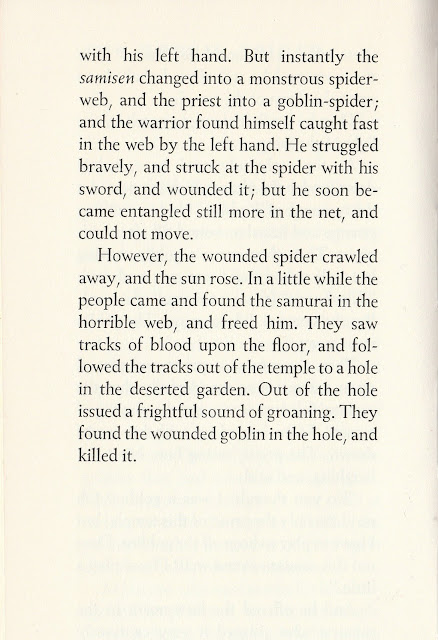 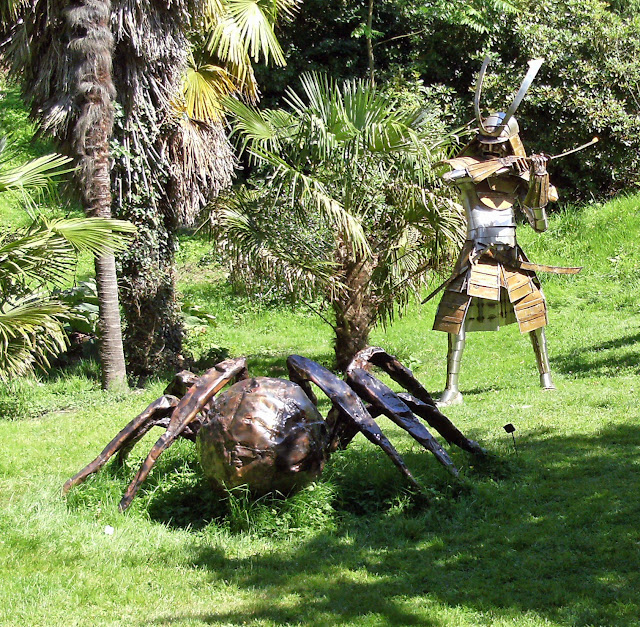 Photo from Borde Hill in Sussex  from Kay Susan Warner's embroidery blog, SMockerySmArt  "A nice day out"  Sculptor is unknown.

Earlier I mentioned the Goblin Spider is "deeply ingrained in Japanese folklore and art." In a perfect example of how a later or slightly altered search can change results, if you go to Google and try "goblin spider Japanese folklore" there is a large page on Images.  I rejected many because, although the Jorōgumo is a type of Yōkai, a creature, ghost or goblin of Japanese folklore, it turns into a seductive woman before becoming a goblin spider.  That is a totally different tale.

Only after creating my own attempts at providing today's story did I find New Mexico stamp dealer, George C. Baxley, has the original book complete with illustrations (the illustrator is not named in English) and it is one of the five books published by Takejiro Hasegawa where Lafcadio Hearn was the translator.  Knowing the work of Lafcadio Hearn, I would dispute that a bit as the cover says it is "Rendered into English by Lafcadio Hearn."  This and the other stories all speak with Hearn's voice and style, but I also believe he tried to remain faithful to their Japanese origins.  Where does translation become creation?  While at Baxley's Hasegawa link you can also find the other four stories offered.  They include last week's Chin-Chin-Kobakama as well as The Boy Who Drew Cats, which I posted a few years ago.  The two other tales from the series are the strange, but not necessarily spooky The Fountain of Youth, and the jolly The Old Woman and Her Dumplings, which has Oni in it.  (Oni can be translated as a kind of Yōkai from Japanese folklore, variously called demons, devils, ogres, or trolls.)  That link also gives a great deal of information about the publisher, whose work was from 1885 to 1930, and gives hints about Hasegawa's Fairy Tale Series which I found covered more to my interest in Wikipedia's listing of over thirty tales Hasegawa published.  It's certainly a list of the best known Japanese stories in the western world, which was the publisher's intent.  I've a certain bit of satisfaction Wikipedia quotes a publication from Kyoto University of Foreign Studies, "By 1903, the series reached 28 volumes in two series. Most of the stories were based on well-known Japanese folk tales, but some of the later books, including several by Lafcadio Hearn, are thought to have been invented rather than translated, or perhaps combine elements of several folk tales."  The Kyoto University publication has a slightly longer list of the series.  The publication is called "Crepe Paper Books and Woodblock Prints at the Dawn of Cultural Enlightenment in Japan" and is from a rare book exhibition.  I enjoyed prowling it beyond the Fairy Tale Series and especially finding one book about Japanese Story-Tellers only to discover it on the Baxley site, too, since it was yet another Hasegawa publication.  Since some of my readers are storytellers, I suggest the Kyoto University article for its explanation and then read the book on the Baxley site. 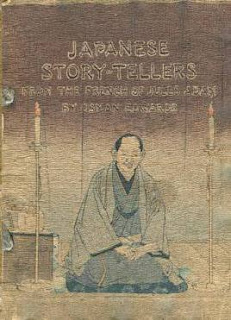 In a bit of fact being stranger than fiction, Samurai fighting spiders exist, but these are arachnid fighting clubs with spiders trained to fight each other annually in the southern Japanese town of Kajiki.  (If spiders strike you as creepy, this link is going to being too much.)

The rest of this month I will be sure to give some less well-known stories from Lafcadio Hearn.