Sandburg - ...Jason Squiff & Why He Had a Popcorn... - Keeping the Public in Public Domain 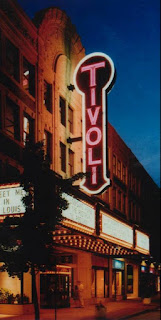 I'm an addict. . .
a POPCORN addict.
January 19 is National Popcorn Day and I need to tell both my own story and some related much loved nonsense from Carl Sandburg.

I grew up in St. Louis and my parents lived in the Tivoli Theatre Apartments over the theater and my dad's store was in the building, too.  The apartments were supposed to be for adults only, but, since they already lived there, I was able to be there, too.  Shortly before starting kindergarten they bought a house and we moved out, but my dad's store meant I still was there a lot.  I was the unofficial theater mascot able to see all the areas of the theater, back behind the screen, the projection area, but also, any time I wanted, I was welcome to have all the day-old popcorn I wanted.  I definitely wanted it.  To this day I'm an addict unable to resist the smell.  Remember when Sears stores used to have popcorn machines at the entrance?  I do.  I also remember having the last bit of the flu and smelling it there, wanting it so badly.  That's probably one of the few times I resisted my addiction.  Love it! ! !

Last week I gave a story here that had just become Public Domain, from Carl Sandburg's Rootabaga Pigeons.  As I said then, I've loved that particular story for years and have wanted to tell it.  I became so excited I accidentally hit Publish too soon and so the story of "Deep Red Roses..." appeared right away, even though I "edited" it to have the right date.  Today I'm just as excited, but will try to hold my popcorn addiction in check.  Rootabaga Stories squeaked into Public Domain before the shutdown and I recommend following the Sandburg link beyond last week's story and go down to my April 9, 2016 article for more about the reason he was part of the copyright extension.

If you think last week's story had a long title, today's is even a bit longer: The Story of Jason Squiff and Why He Had a Popcorn Hat, Popcorn Mittens and Popcorn Shoes.  Truly a story for popcorn addicts.  It's the middle of a trilogy of stories in the Rootabaga Stories, so I should probably give it a bit of introduction. 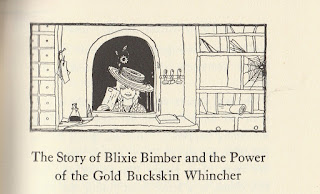 Sandburg makes full use of his "poetic license" in the Rootabaga books with nonsense written for his daughters that deserves to be read aloud for full appreciation.  That first story of Blixie Bimber introduces us to the "gold buckskin whincher" and its strange powers.  "What is a gold buckskin whincher?" your logical mind probably wonders and with good reason for it's found only in Sandburg's tales.  I looked, just in case.  The recent children's production of a musical called "Rootabaga! A MusiCarl" had the reviewer ask that same question and answer it as "a charm with magical powers."  The reviewer admits


The language of the show can also be a challenge, given its nonsensical nature, and at times I had difficulty understanding words and phrases. But, the nonsensical aspect of the play is ideal for younger kids who will find humor in the rhymes and rhythms and not be bothered by the non-linear storyline.

The only other thing I probably should explain, for an audience unfamiliar with the concept of a cistern, is it's a waterproof storage area for water, often rainwater.  Remember the musical The Music Man's song "Trouble" about the problem of "your parents are caught with the cistern empty on a Saturday night"?  Jason is a cistern cleaner and would agree. 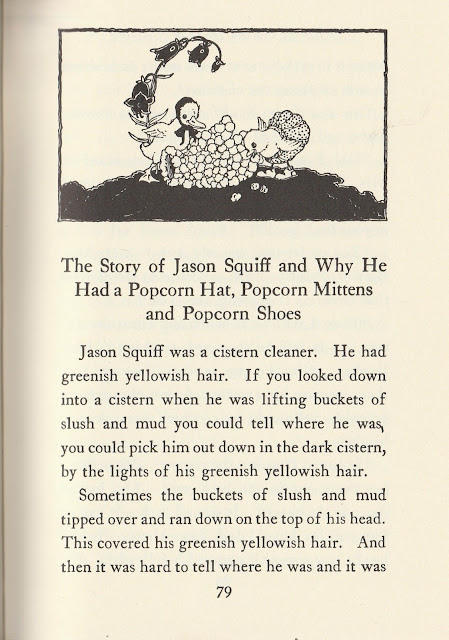 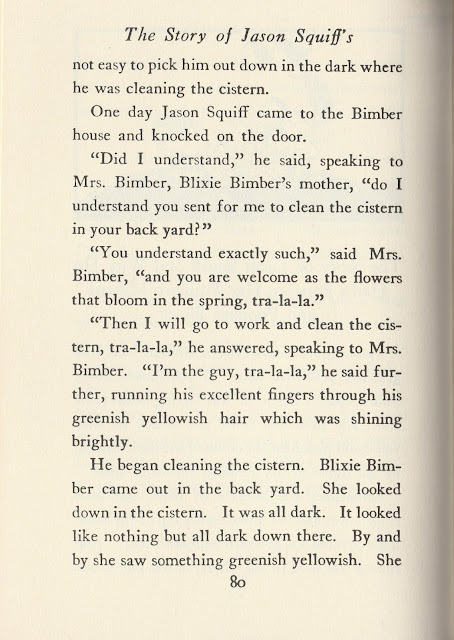 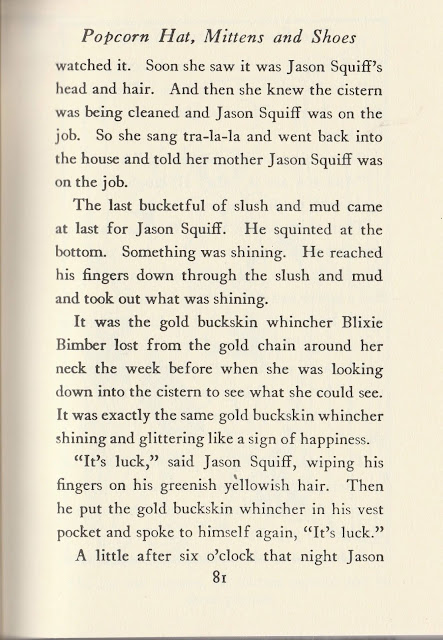 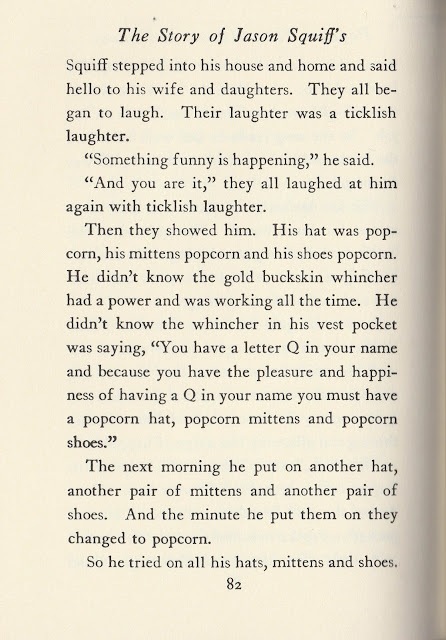 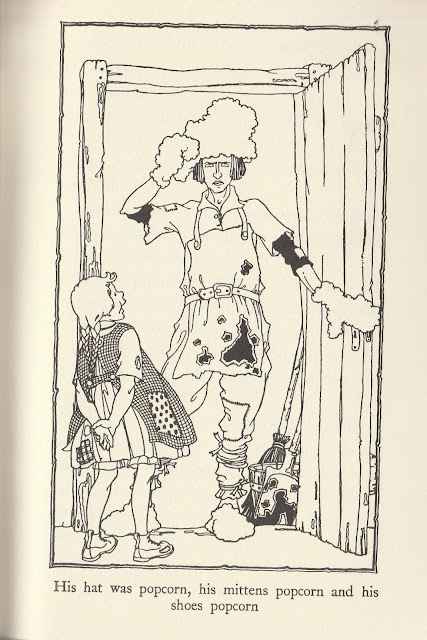 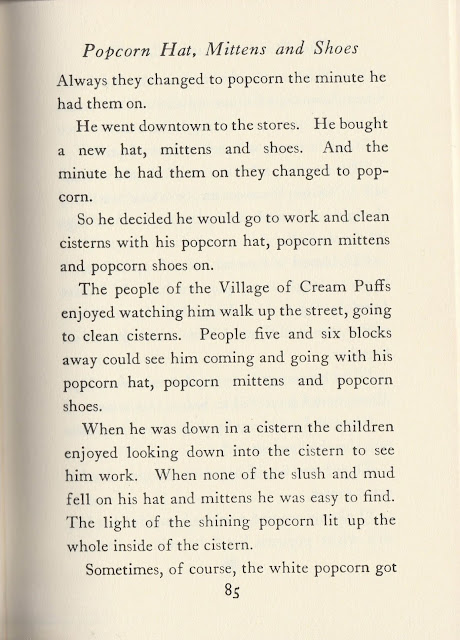 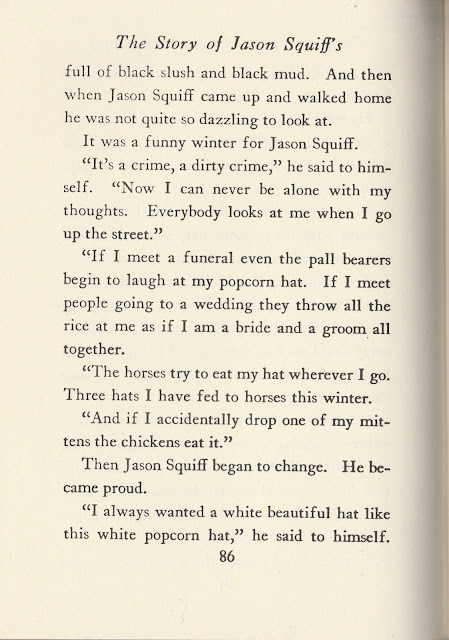 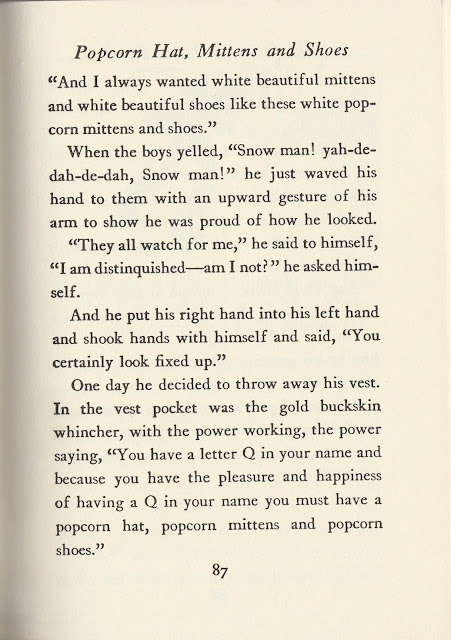 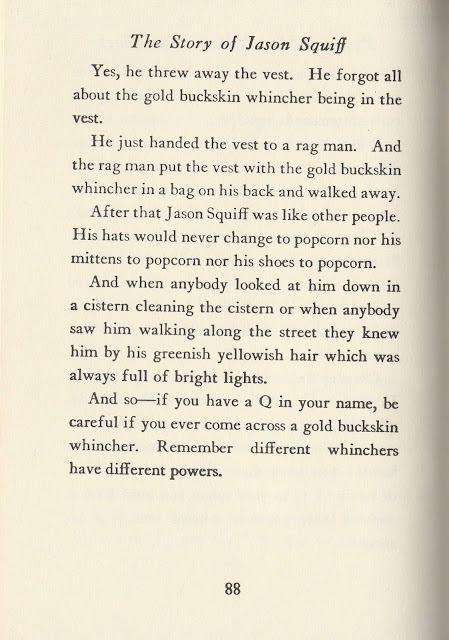 I admit cistern-flavored popcorn could probably be resisted even by this popcorn addict.  Here's a further bit of personal story about my addiction to popcorn.  A great many years later I saw the refreshment stand in Heman Park still has the sign: Mustard on Popcorn 5 Cents Extra!  Yes, I'm the reason for that sign originating with my own childhood adventures there.

Of course that gold buckskin whincher is on to yet another adventure. 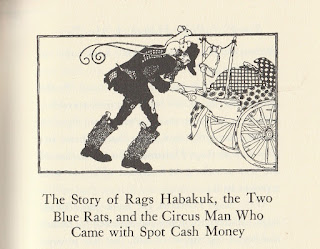