As mentioned last week, our cultural heritage of the Twentieth Century has reopened in 2019 with a gradual trickle of material from 1923!  Checking my personal library collection, fifteen books are now available to publish online for "Keeping the Public in Public Domain."  At this time I have a book I was all prepared to post until I realized it was unavailable until this year,Lamp-Light Fairy Tales and Other Stories by Pauline Carrington Bouvé.  That link, by the way is not one of the many ubiquitous Wikipedia articles.  Although she's mentioned in various other Wikipedia articles, she has yet to receive one of her own.  That link is actually to a fascinating article about her at Find-a-Grave's section on Green Hill Cemetery's tour of "Avenue of the Armies"  related to the United States Civil War and is under an article about her uncle, Confederate surgeon, Dr. George W. Rust.   The source of the thorough coverage about Lena, as she was familiarly called, is attributed to Cenantua’s Blog by Robert H. Moore, II licensed under a Creative Commons Attribution-Noncommercial-No Derivative Works 3.0 United States License.  Based on a work at www.cenantua.wordpress.com.  More about her and her family background after the story.  For now I want to post a fascinating story spanning last month's Civil War Christmas program and posts and my coming World War I "Hello Girl" programs.

I am changing one thing about the way Bouvé arranged it in the book as each story is preceded by an illustration by Mabel Betsy Hill, (who does have a Wikipedia article about her illustrating other authors and her own books, including the "Judy Jo" series).  Here's a quick title page sampling of Hill's work. 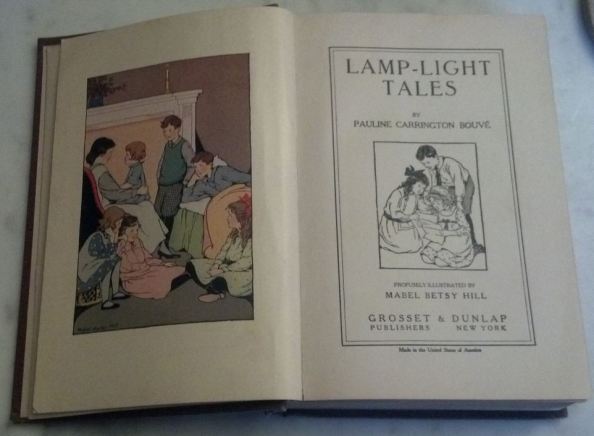 The illustration for today's story gives us too much advance information, but I do begin with Bouvé's poem.  Her original poems introduce each story.  This book uses a frame of the telling of the stories to a group of children.  Normally I omit that, but this story may benefit from seeing how the book handles it.  The stories can definitely stand on their own, but it gives a bit of flavor from 1923 children's literature. 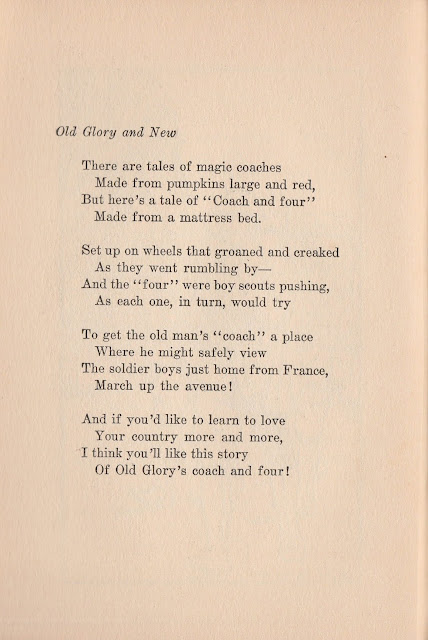 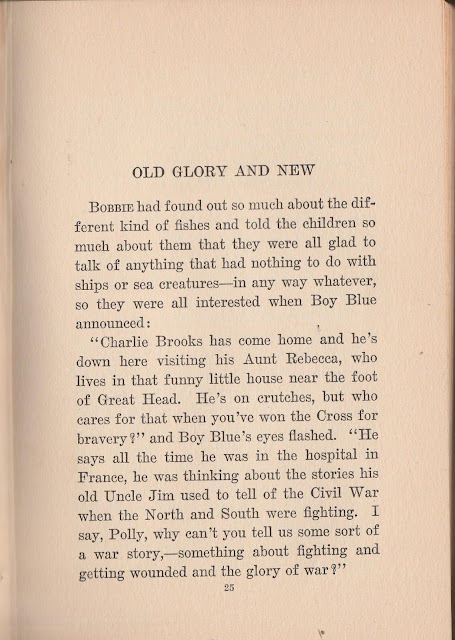 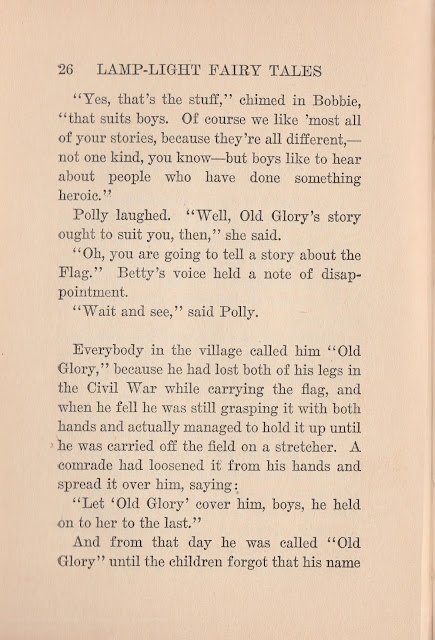 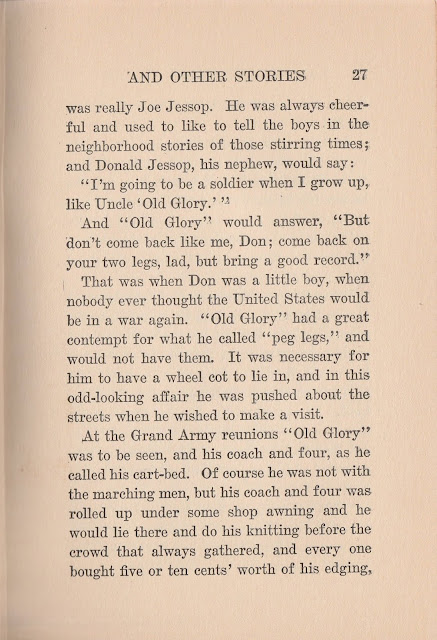 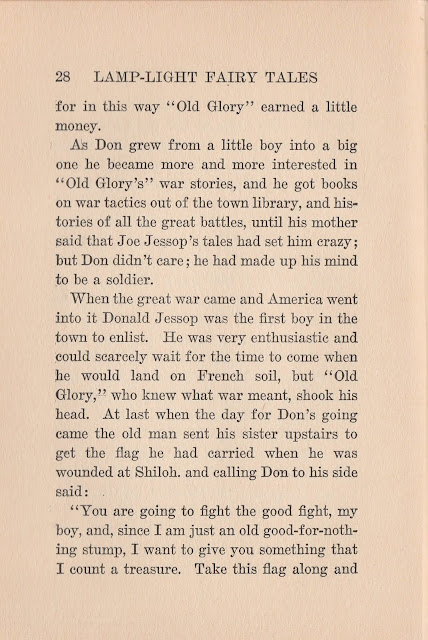 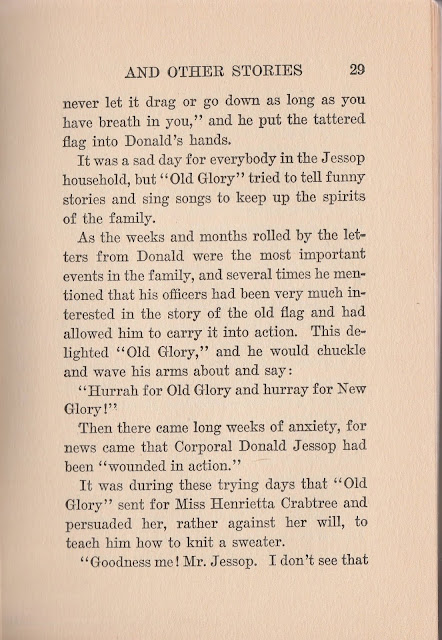 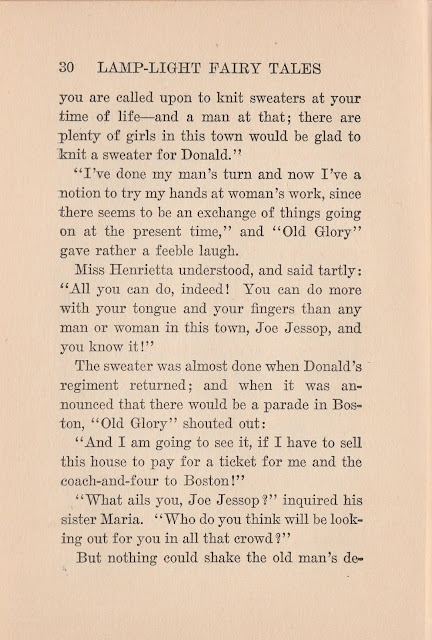 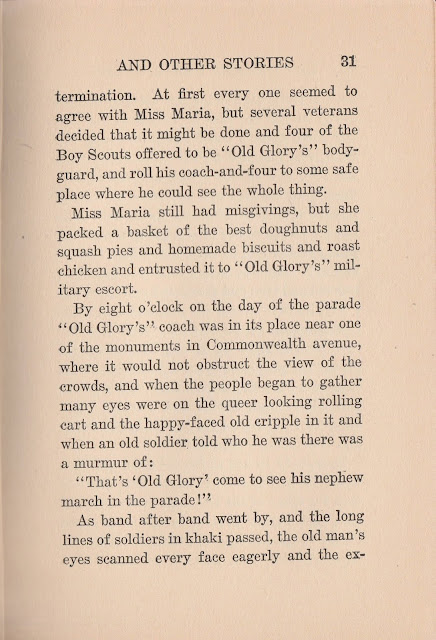 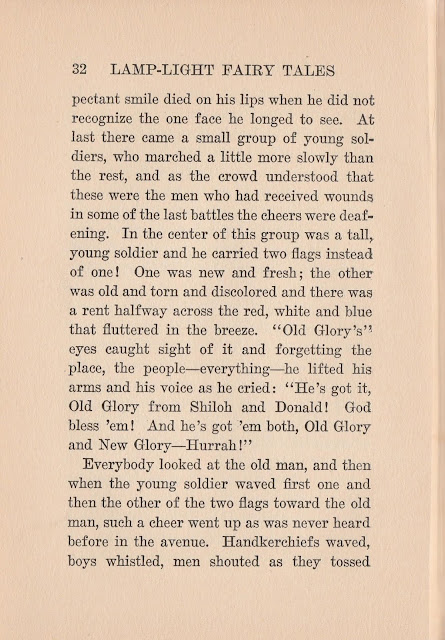 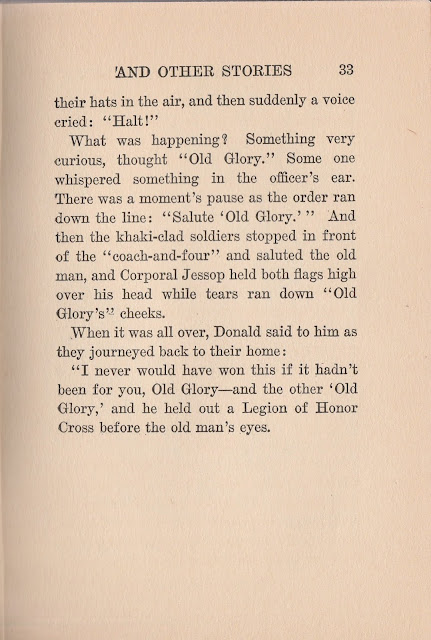 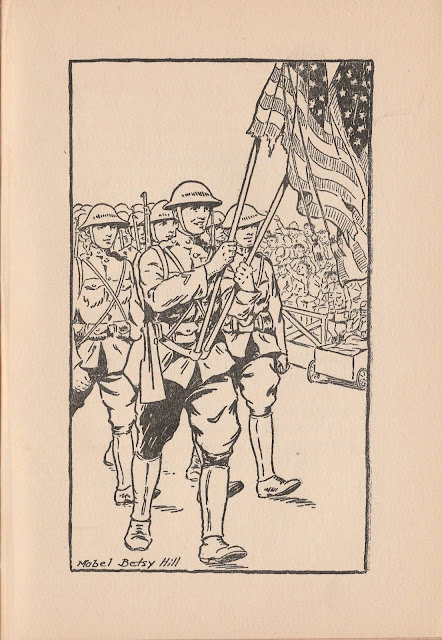 If you look closely at Mabel Betsy Hill's drawing, you not only see both Old and New Glory in it, but also Joe Jessop in his coach-and-four saluting.

I checked and wish I knew if that was a true story in the sense that it actually happened that way, but, as I sometimes reply when asked "Is that a true story?" -- "Did you believe it?  If so, then it was true for you."  Certainly much of the story is true for soldiers throughout the ages. 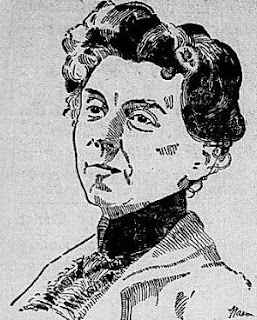 I promised to say a bit more about the author.  Bouvé's actual "Find a Grave" listing is mainly dry genealogical information, but it does give a bit more resources if you wish to learn more about her and her family.  Instead I want to look at that Cenantua’s Blog by Robert H. Moore, II mentioned initially and talk about her Confederate roots. Moore's blog carries this overall description:


As a Southerner and native of the Shenandoah Valley, I offer reflections on the Civil War-era South… and sometimes a little more. But… expect the unexpected.

His November 21, 2112 article about her is titled "A Confederate general’s daughter embraces New England" and tells of how she came to be the author of a 1927 book (I have) on Tales of the Mayflower Children and her embracing both her Southern roots and her adopted New England home.  She is cited for her 1899 ground-breaking look in novel form at the Nat Turner rebellion, Their Shadows Before: A Story of the Southampton Insurrection, which, in her day,


Some critics have averred that this book will hold a higher place in the future in the literature of the war than even Uncle Tom’s Cabin will hold. Their Shadows Before had a great sale in London, and was translated into French.

Even in recent times it has stood up to scrutiny as Moore states:


In 1999, Bouve’s novel, along with many others written about Turner, was analyzed by Mary Kemp Davis in her book, Nat Turner Before the Bar of Judgement: Fictional Treatments of the Southampton Slave Rebellion (LSU Press, 1999). In short, Davis discusses Bouve’s work as showing Nat Turner as a charismatic preacher as opposed to the more radical portrayals. Furthermore, as recent as last year, Bouve’s work was brought up again in a lecture series (Race, Ethnicity, and Constructions of National Identity Lecture Series) at the University of Wisconsin, La Crosse, where Joseph Young lectured on the “Erasure and Retrieval of the Public Memory: Artful Deceit in Mary Johnston’s ‘Prisoner’s of Hope’; and Subtle Disclosure in Pauline Bouve’s Their Shadows Before.”

According to the website featuring details about the presentation, Young’s book manuscript-in-progress (“Broken Fetters and Heroic Slaves”) demonstrates the “cultural war conducted between two literary artists over the question of whether African-Americans should be included in the mainstream during the emergence of segregation in the last part of the twentieth century. Johnston uses the 1663 unsuccessful slave revolt of colonial Virginia as interaction between civilized and savage rather than as an attempt by slaves and Native Americans to secure their identity as human. Bouve offers a narrative to undo the violence wrought by the racist narration of history that excludes the non-European voice.”

The rest of his article provides both information on her father, General Albert Rust, who had "Unionist connections" as "near the end of the war he became quite outspoken and bold critic of the Confederate government".  He went on to serve "in the U.S. House of Representatives and was even a Republican candidate for the U.S. Senate in 1869, before he withdrew his own name from candidacy."  His sudden death came as his youngest child, Lena, was 10.  The family moved from Arkansas to be near family in Virginia and, as an adult, she moved herself to Massachusetts where she married a young Harvard poet/author, Thomas Tracy Bouve (1875-1938), who also had Civil War ancestry, a 4th Massachusetts Cavalry major for a father and a mother who was a distant cousin of President Lincoln.  Moore really does an excellent job of giving us more about her personally and as an author.

That's a bit of background on an author I expect to come back to with future stories.  Right now I look forward to more celebration of the re-opening of Public Domain next week with an author I've long linked with the closing, Carl Sandburg, and his Rootabaga Pigeons which now can join the 1922 Rootabaga Stories I love so well and have wanted to be able to pass along legally.
************************* (The fine print for finding even more Public Domain stories)