Stories about the New Year aren't plentiful.  This Chinese story mentions the New Year and I probably should save it for Chinese New Year, but you can always celebrate that with whatever celestial animal is the topic.  You're probably wondering when the Chinese New Year is for 2019, since the date changes, and what animal is chosen for that coming celebration.

According to the Chinese 12-year animal zodiac cycle, the Chinese year beginning in 2019 is the year of the Pig. Each Chinese zodiac year begins on Chinese New Year's Day.

Pig years are believed to be the most unlucky for people born in previous years of the Pig.

Chinese New Year, also known as the "Spring Festival" in modern Mainland China, is China's most important traditional festival, celebrated at the turn of the traditional lunisolar Chinese calendar, which consists of both Gregorian and lunar-solar calendar systems. Chinese New Year can begin anytime between late January and mid-February. 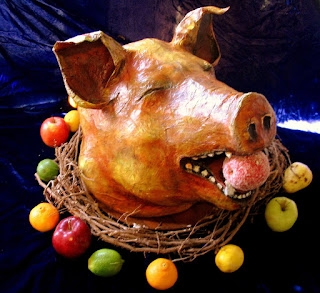 As it turns out, today's story also include a boar's head and I just couldn't wait!  I trust you will enjoy it, too, as you may have become curious from the story's title.  (I'll add a bit at the end about the author and the anthologies where it can be found.) 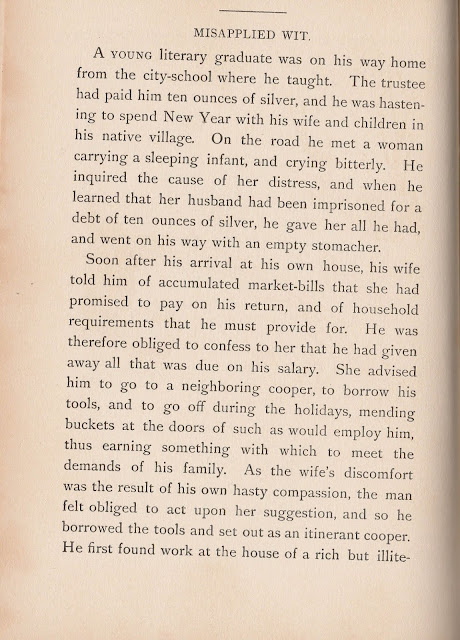 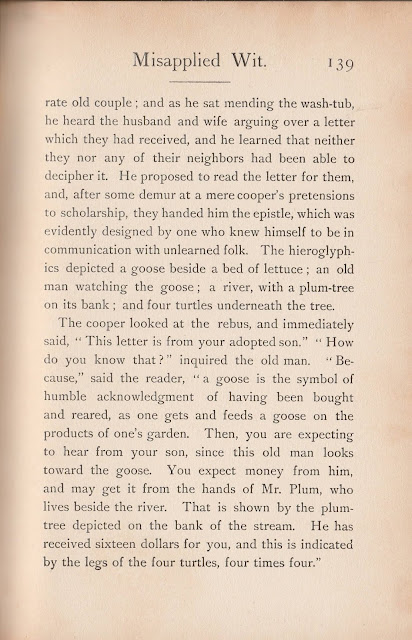 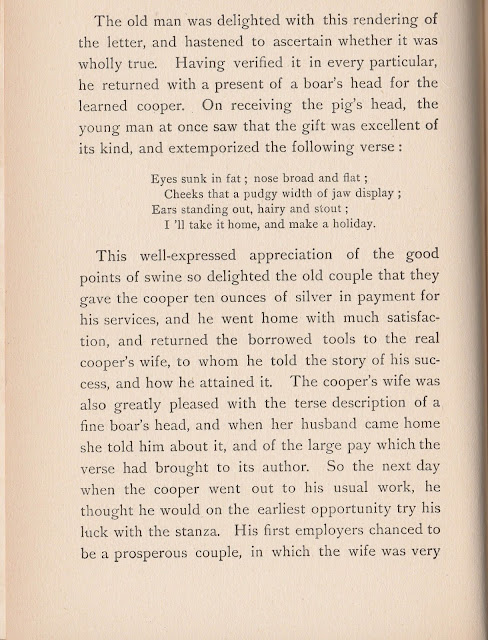 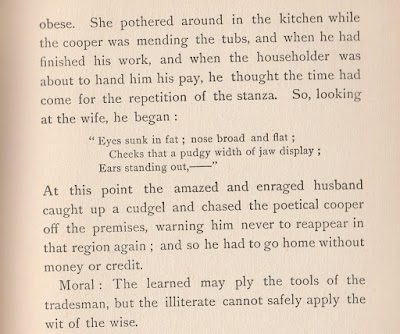 My copy of the story is in Adele M. Fielde's Chinese Fairy Tales which was a 1912 reissue of her earlier 1893 Chinese Nights' Entertainment, which only added a new Introduction where she states "This book reveals the Chinese mind as it was when untouched by foreign influences."  It's prophetic that she closed her introduction with this statement:

What lies in the future for a persistent nation possessing these characteristics, or what influence such people are to have on the destinies of the other three quarters of the human race, is a problem that in this twentieth century is presented to every serious mind.

As we look at the twenty-first century that continues to be true.

Wikipedia's article about Fielde is brief and neither of today's books are mentioned, but she was a fascinating woman prominent in the women's suffrage movement dying shortly before passage of the 19th Amendment in 1920.  (I can just picture her in the afterlife loving this woman's protest at the White House on 1917, a year after Fielde's death!)

Wikipedia does mention her missionary work and there's more on that at Boston University's School of Theology "History of Missiology" blog.  Surprisingly that article tells at first she "did not fit in with the Baptist missionary community. Her dancing, card-playing, and associations with the diplomatic community resulted in her dismissal from the mission."  She was later reinstated and went back for 20 very influential years.  The article mentions all her books and even includes her "Journal of American Folklore" article on “The Character of Chinese Folk-Tales.”

Thinking about her twenty years in China, it's interesting that her books of Chinese tales are dedicated "To THE WOMEN OF FAR CATHAY Who were my beloved companions in serious work and in needed recreation" -- for such a serious woman, she managed to add to our recreation.
The Chinese proverb quoted on the title page fits the following section on Public Domain.

The article gives additional information, including about foreign works and authors works that had time added after their deaths.