"Nobody gets out alive!"

Back in 2013 I took a sabbatical while managing 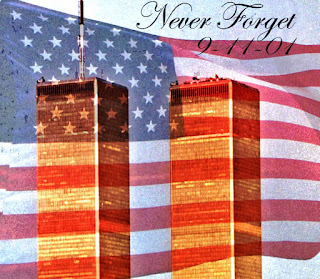 Non-Hodgkins Lymphoma.  I'm delighted it's in my rear-view mirror, but at the time I accepted a possibly different end, saying "Nobody gets out alive!"  This weekend seems determined to remind us that death comes to all of us.

This century has seen terrorism with 9/11 starting it.  The pandemic has also taken many away.  (Let's not have a "twindemic" -- get your flu shot.  At the end of today's blog there's a bit of information I'm sometimes asked about the end of the Spanish Influenza which was the pandemic of the 20th century.)  Additional deaths are occurring out west with fires.  Protests are nationwide around the U.S. about deaths caused by police action.  Locally a seemingly "freak accident" started this month with a falling tree killing a man driving a busy road, while his daughter as a passenger was spared.

This sent me looking for a story probably best known as "An Appointment in Samarra."  I was surprised to not find it in folklore indices.  It has been used by a variety of authors.  Most recent attention came when used on the 2017 television show, Sherlock.  There is no reason to "reinvent the wheel" of research.  Feel free to put "An Appointment in Samarra" in your favorite search engine.  The blog by Abdul Fatir does an excellent job of giving three versions and tracing the story's origins.  He gives the paragraph of W. Somerset Maugham's telling.  If you're academically inclined,  Kansas State University instructor, Lyman Baker, has a study guide to it.  To really get academic, "Professor Rau" has an online discussion of if it's a fable, allegory, or parable.

Abdul Fatir's Blog, however, gets us into its origins.  He remembers his mother telling something similar, so he went looking and finds its earliest known version in the Babylonian Talmud tale of King Solomon (or Sulaiman in Arabic).  He further adds a slightly longer Islamic literary version.  Going into the post's comments, Rich Horton gives a three paragraph version from Edith Wharton's autobiography that she said Jean Cocteau told her from "a story he read somewhere."

Hmmm.  Like Death, the tale does get around.  There are YouTube versions and Alvin Schwartz in Scary Stories 3 gives us a modern version.  If you choose to tell it, clearly it has plenty of meat, like a stew bone, for you to make it your own.

I promised also to answer the question about how the Spanish Influenza ended.  Yet again it's some copyrighted material, in this case from the Washington Post.  While it may give us hope in the current pandemic, there still is a need to remember death comes to us all as "Nobody gets out alive!"