This doesn't start out being related to storytelling. . . please stay with it as it definitely will.

If Alzheimer's or Dementia hasn't yet touched someone you know, it will.  While I've seen people I love experience it, one very recently, they were born before the so-called Baby Boom when after World War II people created families and, yes, they had children.  Those children are now either retired or nearly that age.  The size of Boomers is only slightly less than their children if they are Millennials.  (Gen X is in between the two generations and definitely lower in numbers than either.)  For a quick overview with characteristics, first here's a graphic 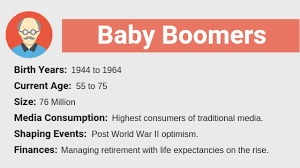 That's only part of an article, "Boomers, Gen X, Gen Y, Gen Z, and Gen A Explained" from the Kasasa Exchange.  After explaining each group, it also analyzes use of technology, consumer behavior, and banking.  Until it became clear that Gen X wasn't the full picture of support going into Social Security and medical insurance, it looked as if the sheer size of the Boomers would bankrupt support for them.  Let's face it, the large number of Boomers was reminiscent of a snake swallowing something bigger than itself!  Fortunately for that generation, both the next two generations combine to be large enough.

(Personal Political Opinion: Social Security would be helped by removing the ceiling on income taxable for it -- wages and self-employment income over $147,000 is now exempt.)

That's financial assistance, but the real concern should be the start of an epidemic bigger than Covid!  I like to say "Nobody gets out alive!", meaning we all die. That's certainly true, but what will be the condition of our brains before we go?

There are all manner of myths accepted about Alzheimer's and dementia including 62% of healthcare practitioners believe dementia is a part of normal aging!  That came from an international study of "Attitudes about Alzheimer's and Dementia" which also points out the stigma and isolation coming from the diagnosis.  While nothing yet cures it, early diagnosis can lead to medications and other treatment aiding in controlling it.  That came from an issue of The Osborn Blog, published on the first and 15th of each month about health and welfare issues, often, but not just related to seniors. The Alzheimer's Association is well-known for its support on this topic and funding for research.  They often have fund drives with matching funds multiplying your donations.

Back in September of 2013 I wrote here about my own work I called Elder Stories.  At that time I had been using resources I first learned about from Liz Nichols.  I had been closely involved with her presentation about the TimeSlips method.  If you go to that link for TimeSlips you have a choice of learning how you can practice it whether you're (a) part of an organization, (b) a teacher or student, or (c) a family member or friend.  You can, as Liz says, "Forget Memory, Try Imagination."  Her page and the TimeSlips section for family members and friends, and even the article I wrote on Elder Stories give an easy introduction to this improvisational storytelling method that replaces the pressure to remember with the freedom to imagine.

Back in 2013 when I approached local assisted living and memory care providers they all wanted me to train their workers.  At the time I said I preferred to work specifically with their residents.  Covid has made that much less possible due to the vulnerability of their residents.  <SIGH!>  Maybe it's time I consider training their workers to make this more widely available .

As the United Negro College Fund's slogan reminds us: A mind is a terrible thing to waste.

My friend I mentioned at the start of this was recognized as being highly creative. For exactly that reason I suggested TimeSlips to the family member who is now becoming a caregiver.

This is one of many artworks, using "found items" made by this person. 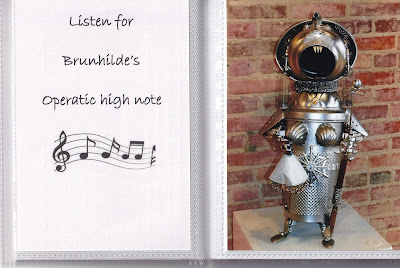 Beyond that, it's time we all do as much memoir writing and gathering of stories before those stories disappear.  I can offer that sort of workshop, too.

LoiS(o this is as much a call to action for me as it is for you!)