With Earth Day this year on Friday, April 22, spilling over into the weekend, today's title sounds like it belongs nearer Saint Patrick's Day.  I'll add a bit about the author, Monica Shannon, later, but first the story and then its connection to Earth Day. 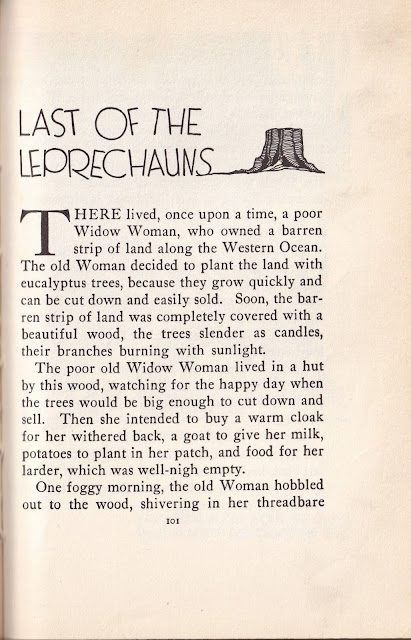 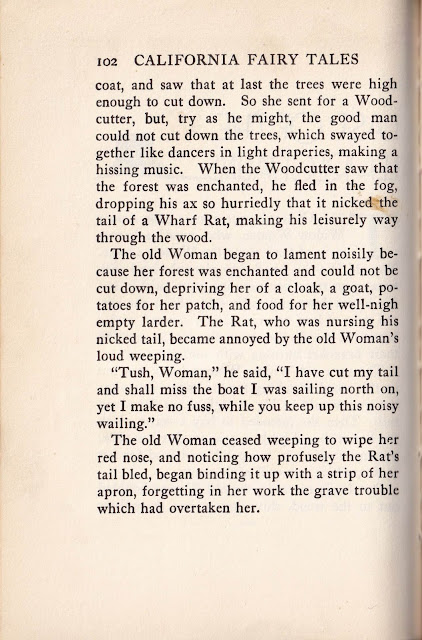 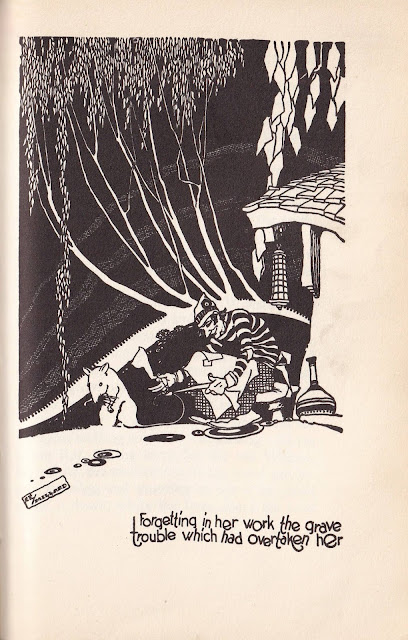 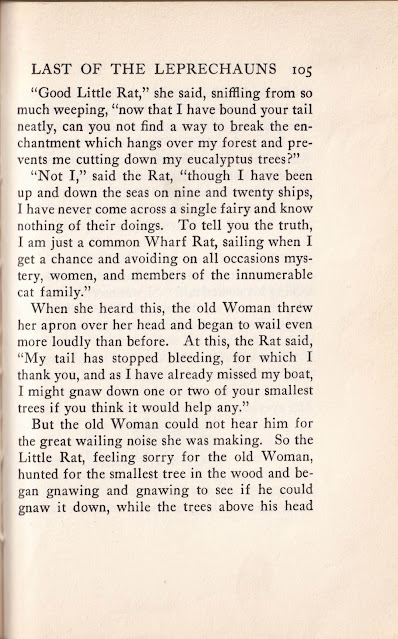 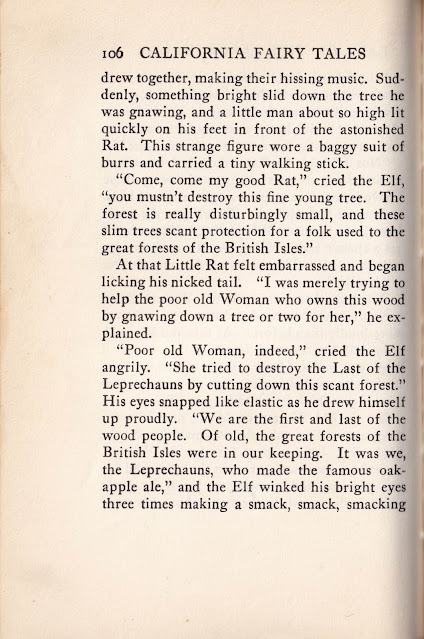 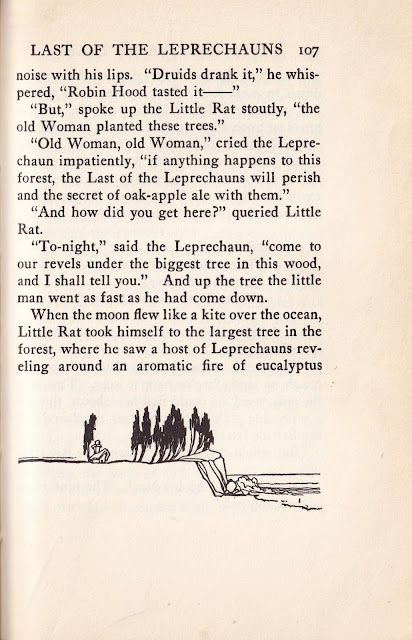 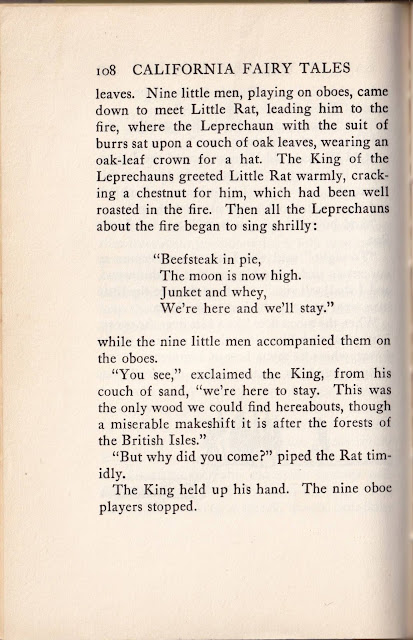 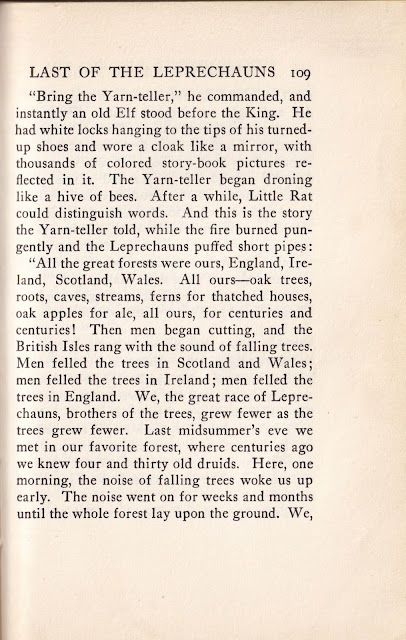 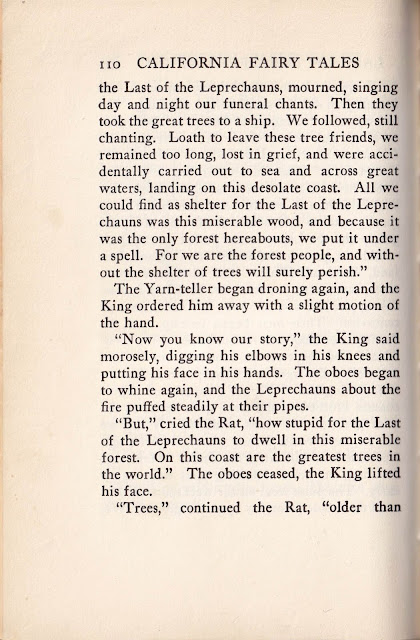 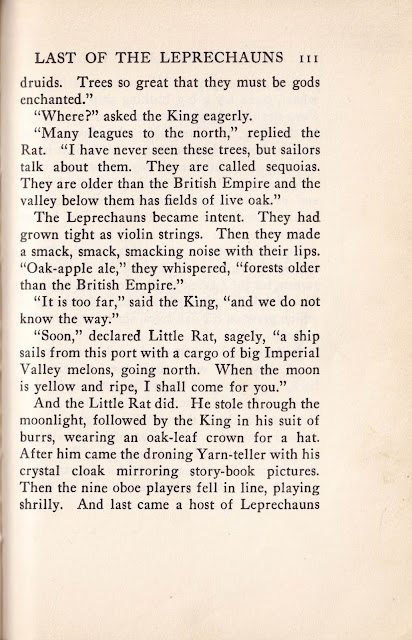 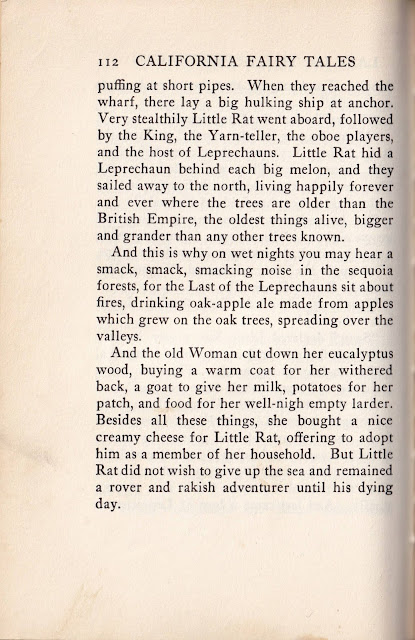 This story comes from a book that just entered the Public Domain with the unlikely title of California Fairy Tales, but with no explanation of sources.  Face it, in 1926 unless an author wanted to stress their sources, that information wasn't given.  If we understand the author, Monica Shannon, we can see her own family roots in Ireland combined with a love of California, as explained in the link to Encyclopedia.com in this article's opening:

In these tales, elements of several cultures—California Spanish, Irish, Native American—are combined in original fairy tales taking place in a land of bean fields, redwood forests, deserts, and droughts. Eyes for the Dark (1928) and More Tales from California (1935) are collections similar to California Fairy Tales in tone and subject.

I list in my labels "Irish folklore" just to catch the Irish elements, but these are "original fairy tales."  Whether you snub them as "fakelore" or "literary", they still are true to their California roots.

For those not in California, you might read about Eucalyptus and have your doubts.  I know I thought first about Australia, but this KQED news article, "Eucalyptus: How California's Most Hated Tree Took Root" tells they do indeed grow in eucalyptus forests, are tall (100 feet) and early 20th century U.S. Forest Service worries that there would be a timber famine led to investors choosing the fast growing trees for plantations.  Today this non-native plant is considered "moderately invasive" and possibly plays a role in California's wildfire damage.

In contrast the sequoia and the redwood are California giants which some say are threatened by global warming.  The redwoods live in the foggy coastal areas while the sequoias are more at risk if these mountain trees depend on melting snow and rain.  There are some who predict both species will eventually require watering to keep them alive.  For those of us unfamiliar with either, redwoods are the younger upstarts compared to sequoias.  The tallest redwood is 379 feet and "only" live 2,200 years, while the tallest giant sequoia is 311 feet, but they tend to live about 3,200 years. 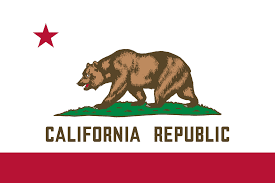 For now both the redwoods and the sequoias are protected at least from logging.  The California state flag features a Golden Grizzly.  The California golden bear or California grizzly (Ursus arctos californicus) is an extinct subspecies of the brown bear.  It disappeared from the state of California in 1922 when the last one was shot in Tulare County.  One of the important things to remember about Earth Day is Extinct means there are no more.