Frederic Taber Cooper's An Argosy of Fables continues Book Two, Oriental Fables, with three sources of Persian Fables.  Present day Iran was once called Persia.
Most of Jami's fables are quite brief, but this filled a page. 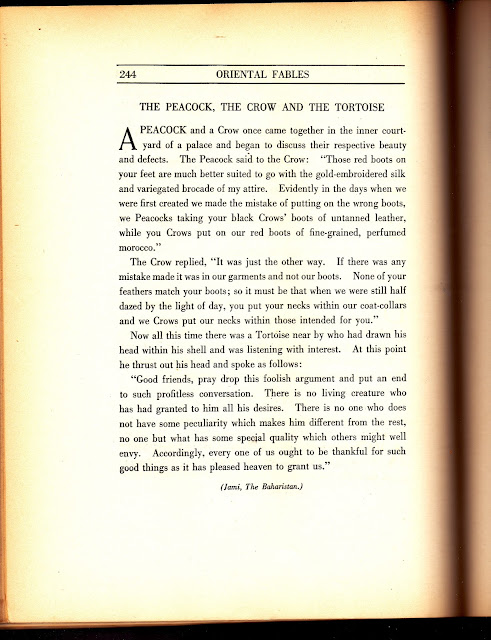 Moving from wisdom spoken by a tortoise is another reptile's story I've heard in various versions. 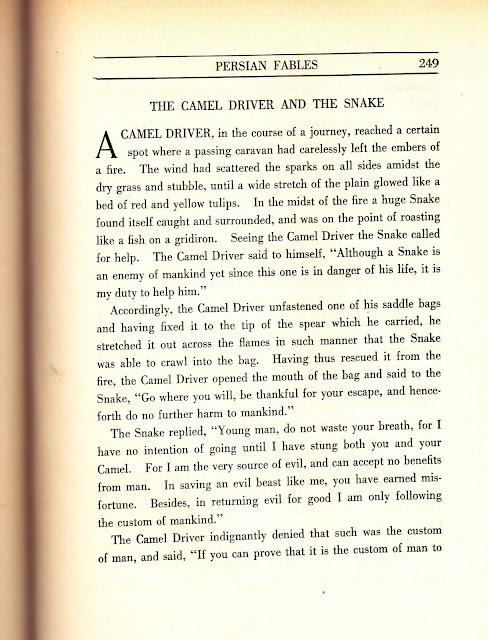 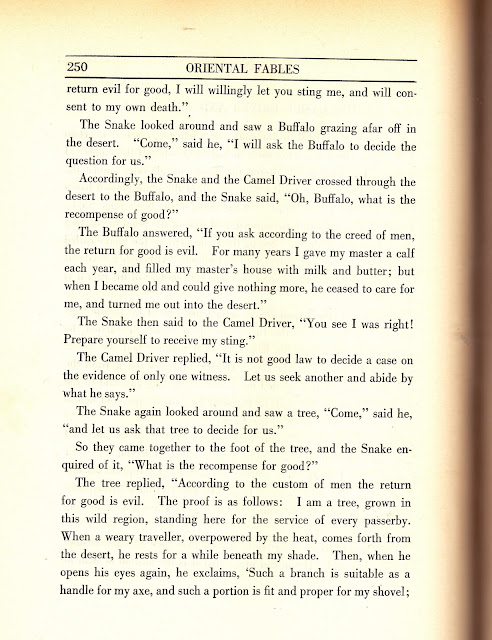 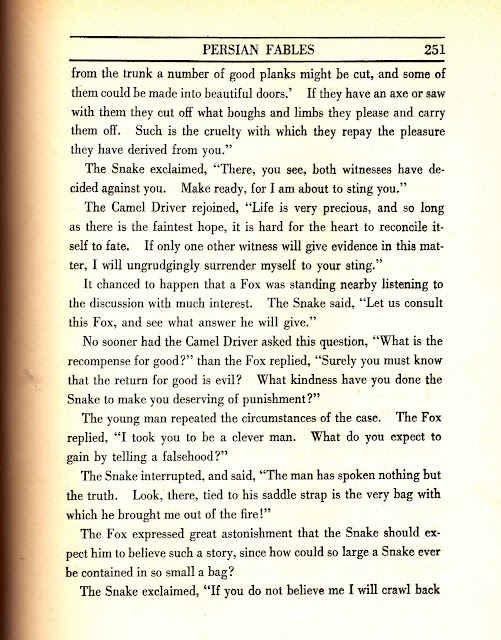 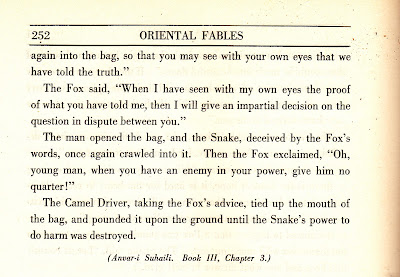 Whether it's the abbreviated version where someone gives a venomous snake a ride and is killed by the snake who says "You knew I was dangerous when you picked me up" to warn of the dangers of drugs or this look at violent enemies, these fables still contain wisdom.
**********************
This is part of a series of weekly posting of stories under the category, "Keeping the Public in Public Domain."  I will post on Saturdays in the series unless that week I have other research articles.  I hope this will satisfy all who have found these stories worthwhile.  I include myself in that audience.  The idea behind Public Domain was to preserve our cultural heritage after the authors and their immediate heirs were compensated.  I feel strongly current copyright law delays this intent on works of the 20th century.  I hope you enjoy discovering new stories.