(Bailey) "Cat on the Dovrefell" - Keeping the Public in Public Domain

Sometimes a story doesn't "click" until the right version appears.  A Norwegian folk tale, "The Cat on the Dovrefell" was one such story.  Then I discovered this version by Carolyn Sherwin Bailey.   While little is said online about her, she has many works appearing in various digital archives.  She has been a favorite of mine for her many anthologies, frequently including her own versions of stories.  If you search the internet for the story under the title, "The Cat on the Dovrefell" you will find an overly brief version by George Webbe Dasent.  Bailey's version is renamed, but it reveals why this tale is loved in Norway by fleshing out the story for the rest of us. 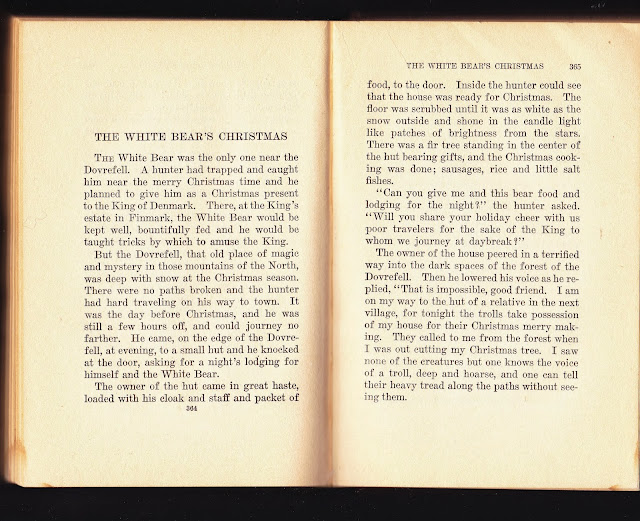 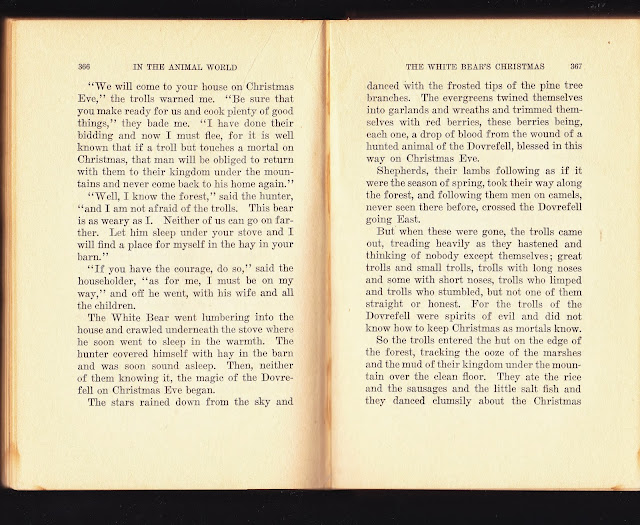 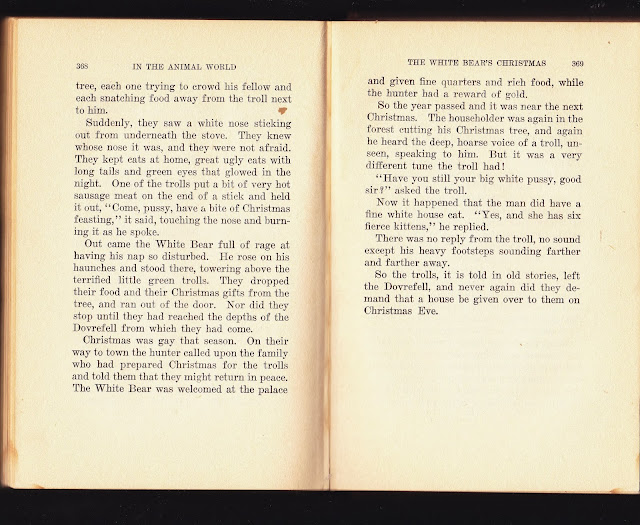 Bailey's Newbery award winning book, Miss Hickory and The Little Rabbit Who Wanted Red Wings are also two stories you might know by her.

An Icelandic storyteller and friend, Stephanie Brewer, who has gone on to tell stories in The Great Beyond used to tell about the Yule Lads, trolls causing such mischief in December.  I think she would approve of this Troll Bear:

All this talk of Christmas trolls reminds me of that very old troll named Carol.  You may have heard about her in the Christmas song, Deck the Halls.

What you never heard of "Troll, the ancient Yuletide Carol"?

On that note I guess it's time to include my explanation of why I want you to keep alive stories in Public Domain and hope you find lots of wonderful stories, old and new at this time of year.
****************************
This is part of a series of postings of stories under the category, "Keeping the Public in Public Domain."  The idea behind Public Domain was to preserve our cultural heritage after the authors and their immediate heirs were compensated.  I feel strongly current copyright law delays this intent on works of the 20th century.  I hope you enjoy discovering new stories.