Back on July 10 of this year I posted a story from Jean de Bosschere's book, Christmas Tales of Flanders.  At the time I noted the book's title was misleading as the book is not about Christmas.  The first story in the book, however, is set at Christmas. 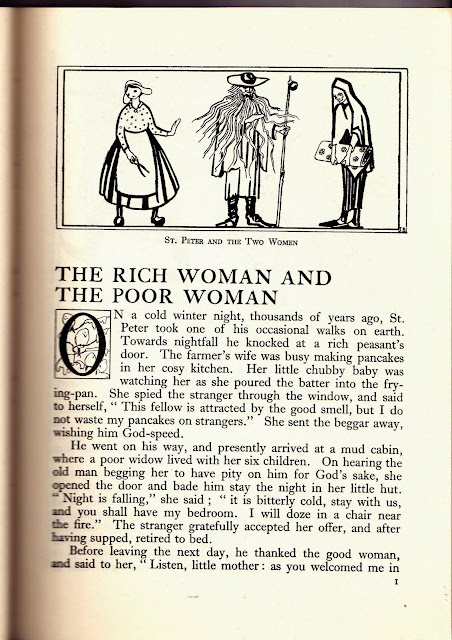 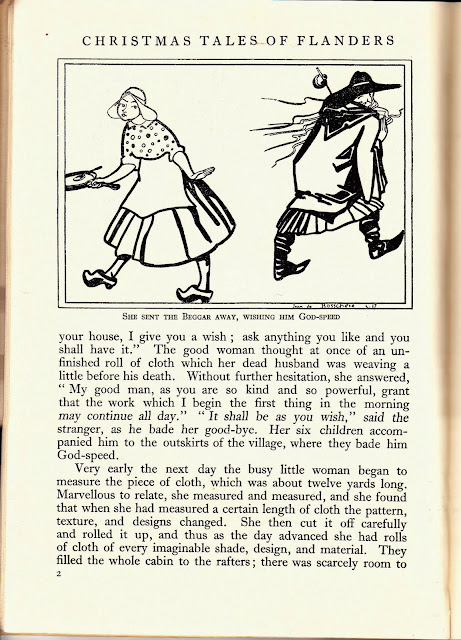 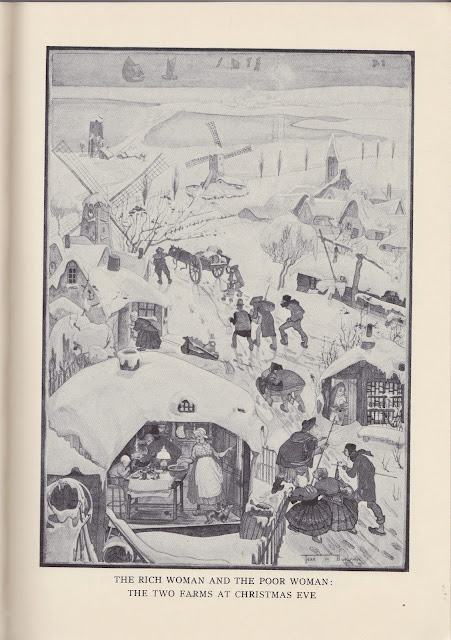 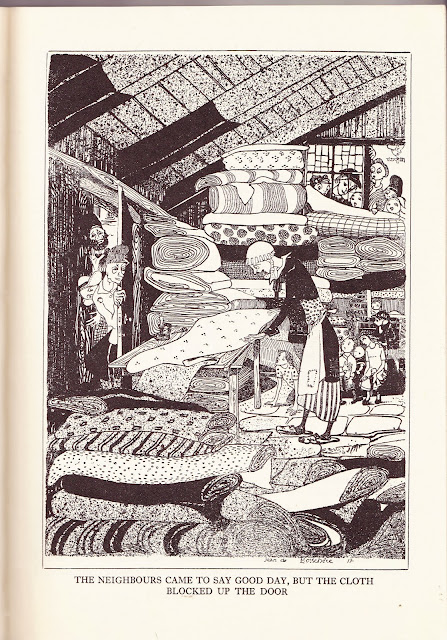 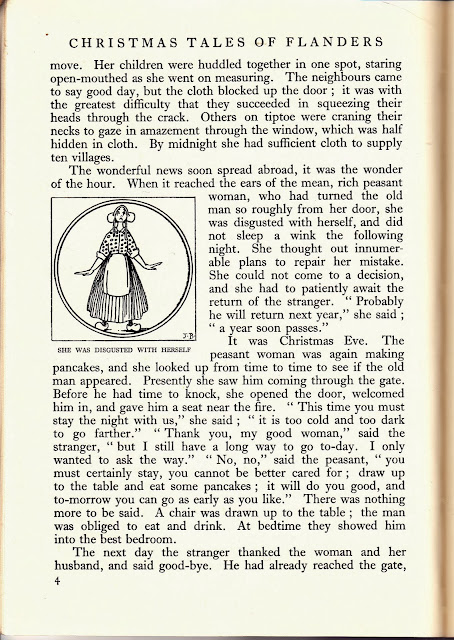 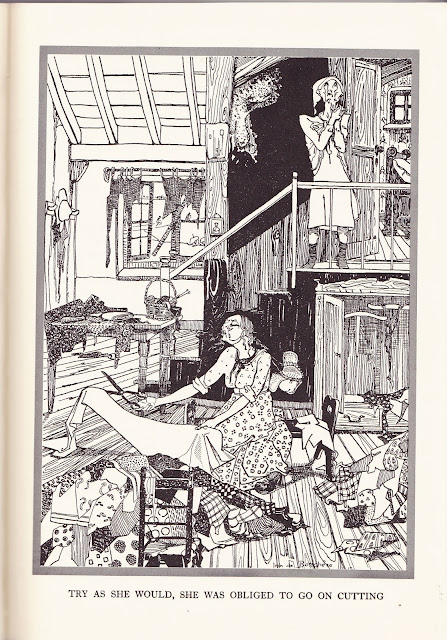 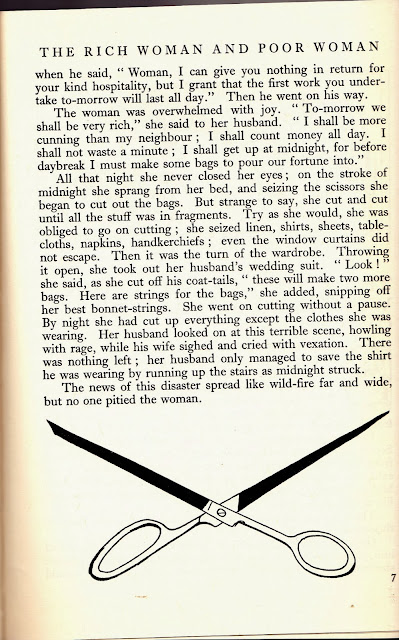 As De Bosschere notes, many of the stories in the book "are found in a different guise in the legends of other nations."  This was a classic tale of two motifs: J 2073.1 Wise and foolish wish: keep doing all day what you begin AND Q1.1 Gods (saints) in disguise reward hospitality and punish inhospitality.  If you are unfamiliar with the idea of motifs and want to tell stories, I heartily recommend you go to the three-part series here by Wendy Welch on March 17, 18, 19, 2013.  For other Flemish folktales, some of which are definitely Christmas tales, I repeat a recommendation of a little known anthology by Mount Clemens organist, August R. Maekelberghe.  He died shortly before I went to work at the Mount Clemens Public Library, but thanks to Isabel Miller, we have his wonderful retellings of his birthplace's folktales in the book, Flemish Folktales.  She published it for him shortly after his death. She gave me permission to freely tell from it, but I don't feel comfortable reprinting it here.  For even more Flemish folklore, and well told, it's a book worth seeking out and your borrowing it will keep it alive in library collections.  When books aren't borrowed, they are discarded.  Certainly that would be a poor fate for future readers.  It's in that spirit that Keeping the Public in Public Domain began.
****************
This is part of a series of postings of stories under the category, "Keeping the Public in Public Domain."  The idea behind Public Domain was to preserve our cultural heritage after the authors and their immediate heirs were compensated.  I feel strongly current copyright law delays this intent on works of the 20th century.  I hope you enjoy discovering new stories.