If you don't read or speak Japanese -- I don't -- today's title is hard to remember and understand, BUT is a wonderful story from Lafcadio Hearn's Kwaidan.  Wikipedia tells us even Hearn got it wrong 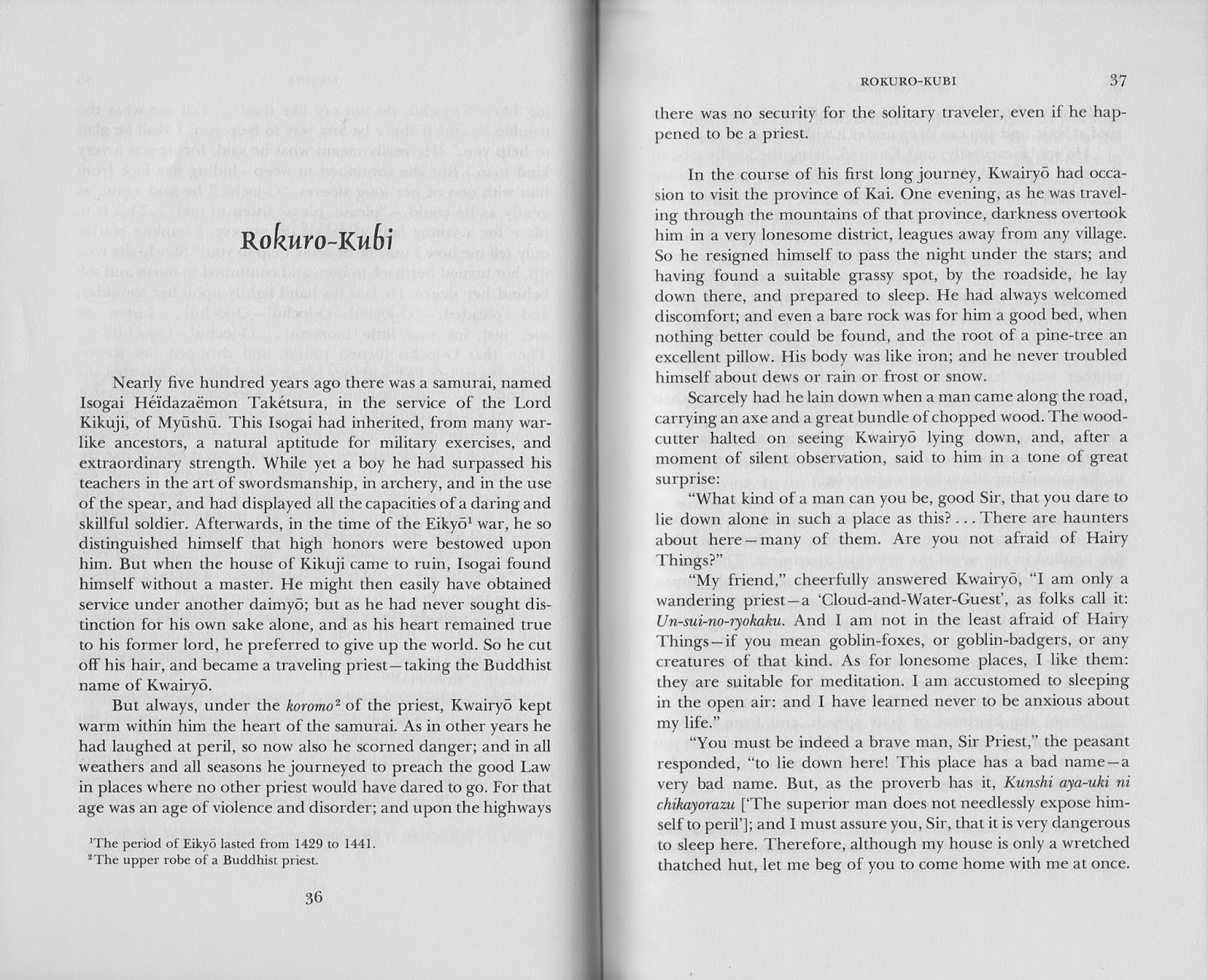 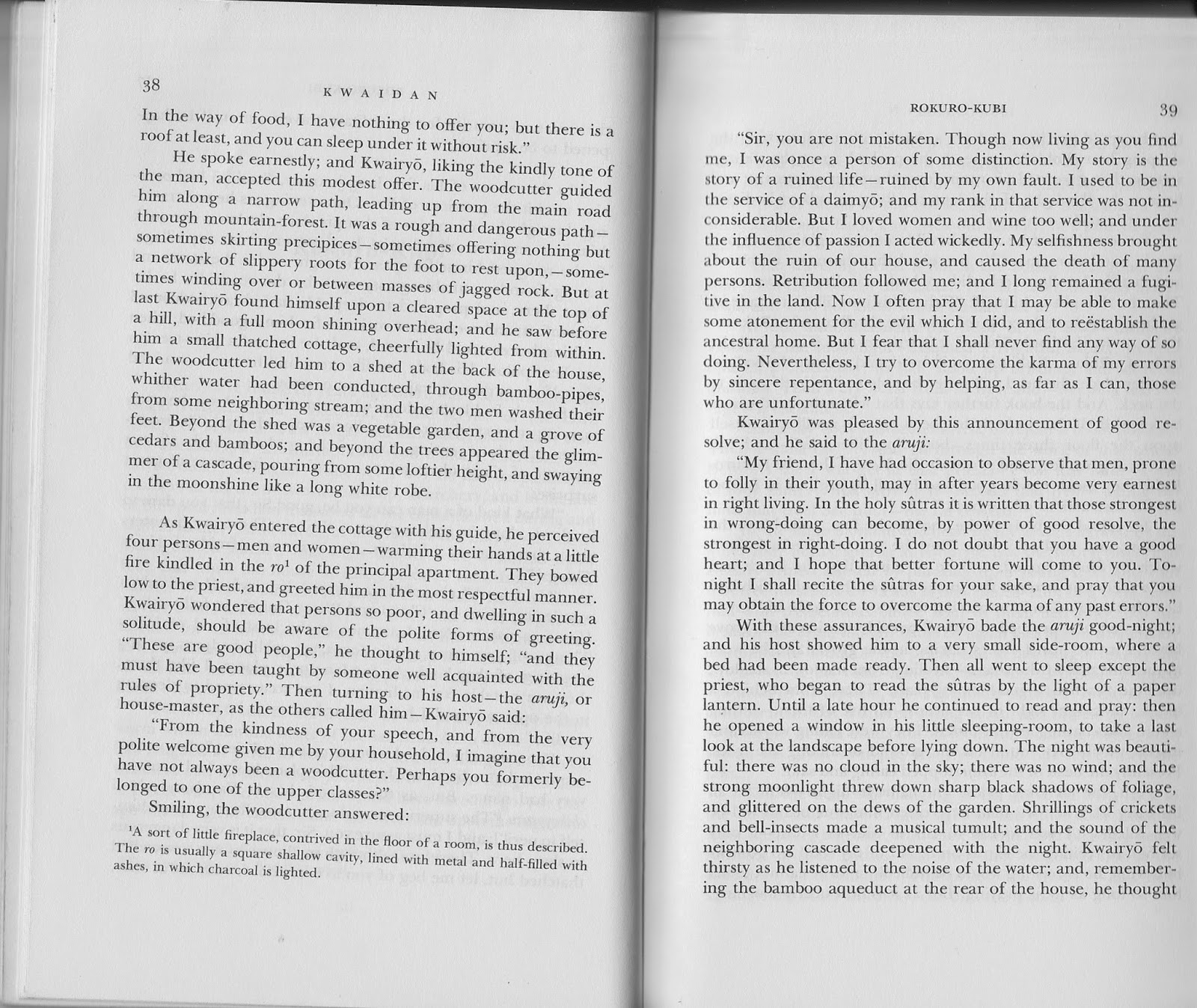 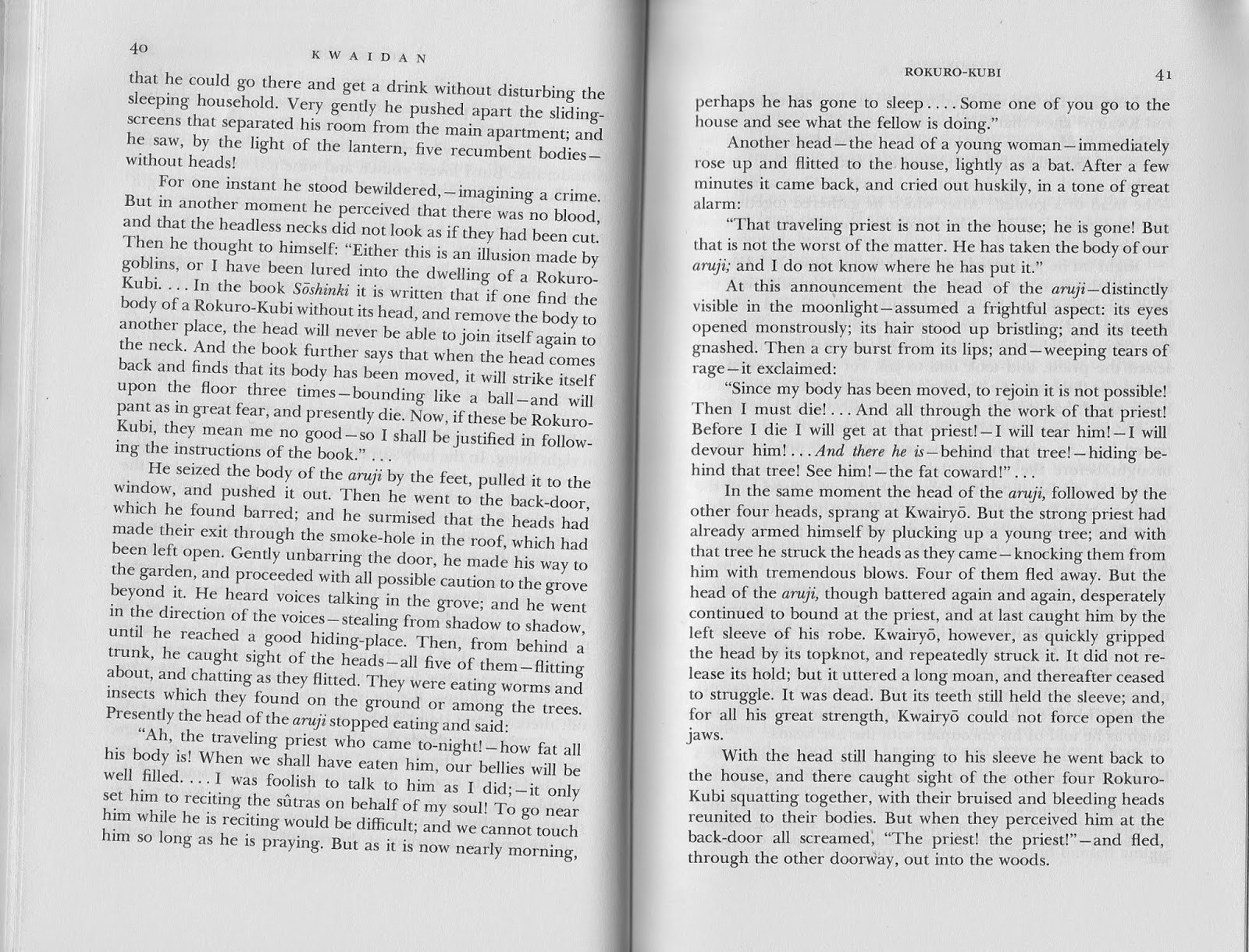 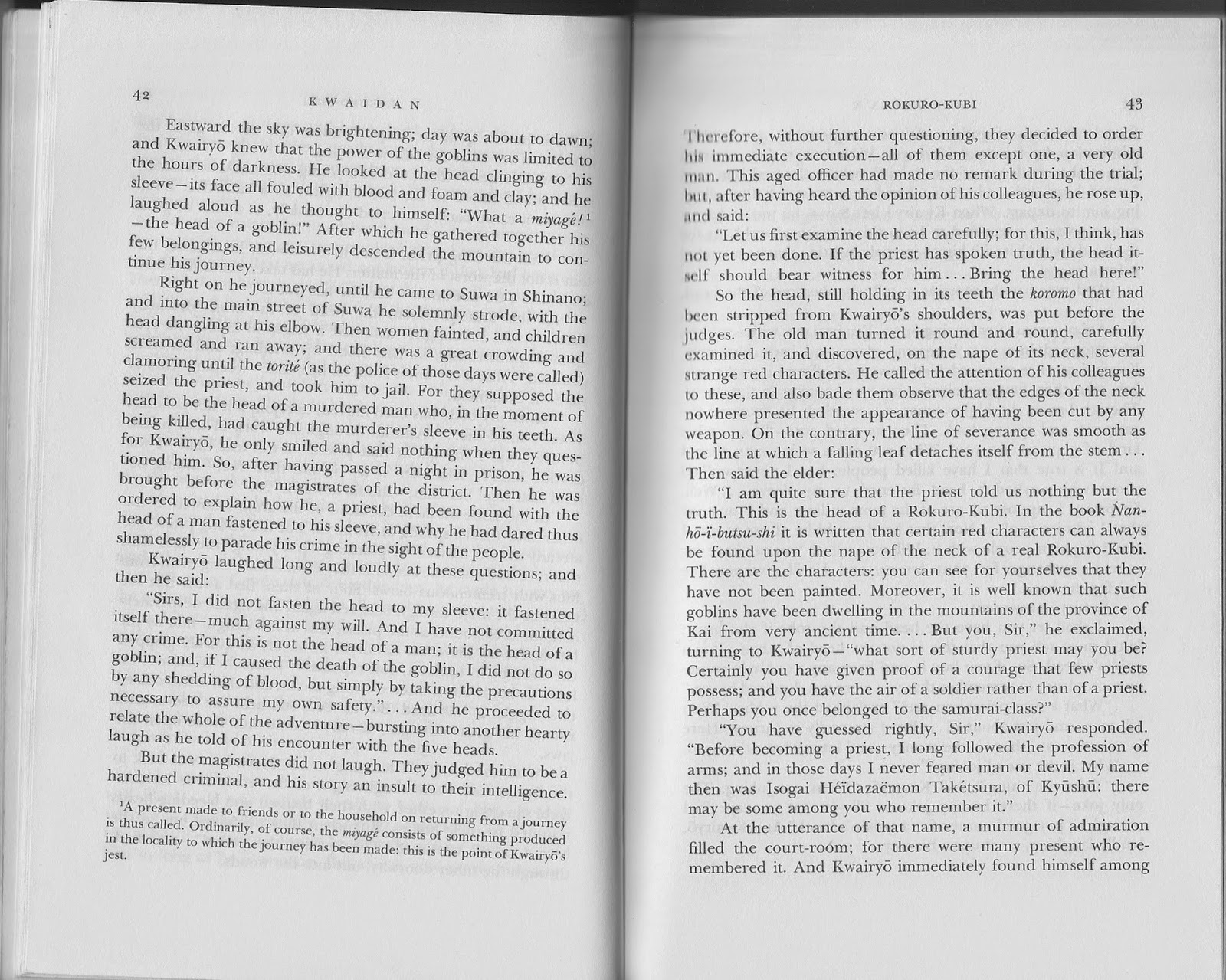 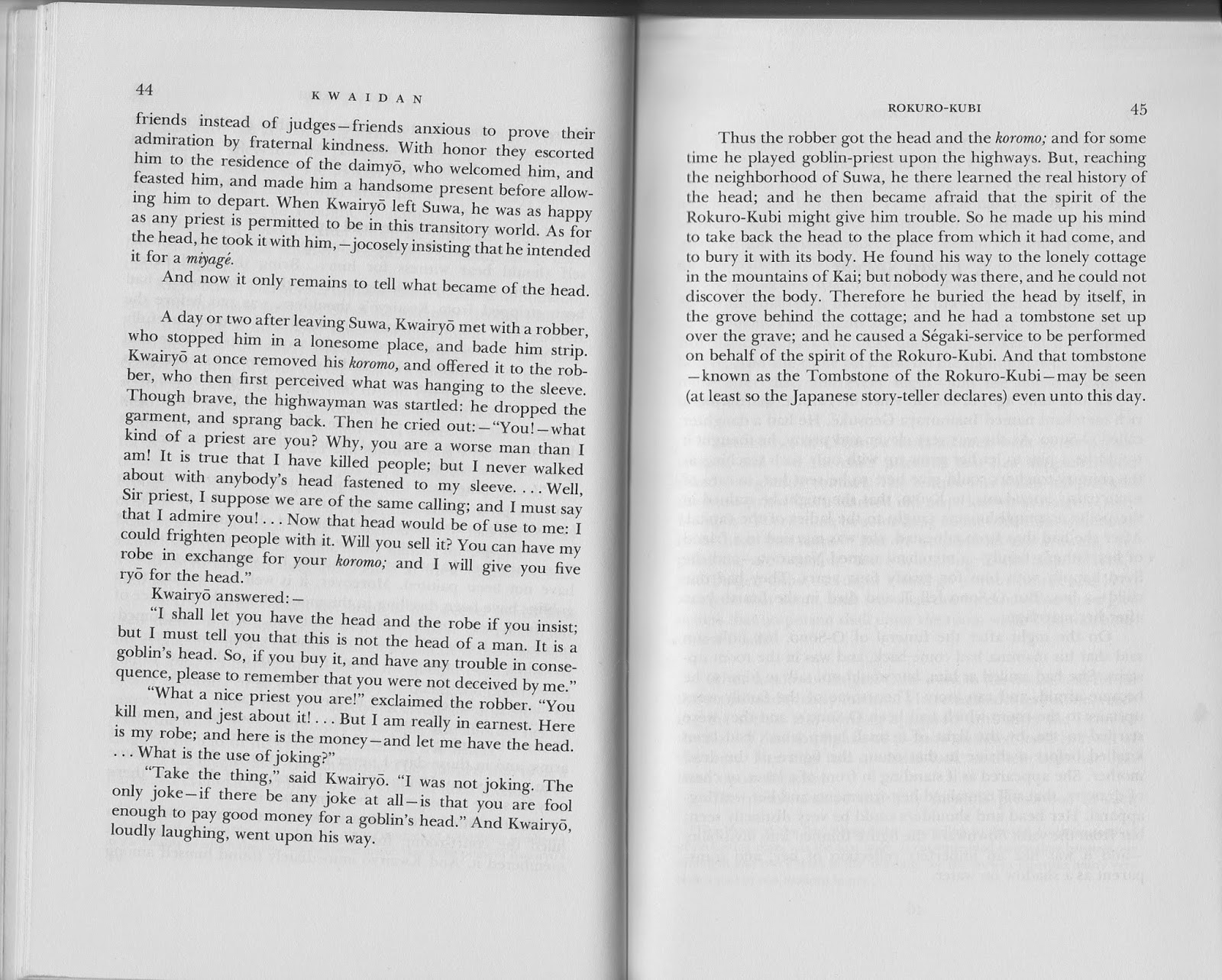 nukekubi have been included in anime and manga and are part of Japanese folklore with various supernatural creatures or Yokai.  Yokai are in a Wikipedia article and may interest you.  Hearn loved the more chilling of those stories,  but the article can also lead you into animal shapeshifters (not unique to Japanese folklore, but certainly can be found in many tales ... and tails?) as well as some others I enjoy like tengu and also the water creatures called kappa.

For so long Hearn has been our only major English language window into the culture.  Since 1993 my colleague and friend, Fran Stallings, has partnered with Japanese elder storyteller, Hiroko Fujita, touring together in both the U.S. and Japan and making even more Japanese folklore available by creating various books.  I'm told yet another book is once again in the works.  Hurrah!  Don't know a Japanese equivalent, but want to make readers aware of these resources for those of us who appreciate the culture without planning to learn the language other than maybe call someone to verify an occasional bit of pronunciation.