Mrs. Valentine - The Three Soldiers and the Dwarf - Keeping the Public in Public Domain

For Veterans Day I thought I'd post the "old story of Stone Soup."  Initially I checked Index to Fairy Tales published in 1915.  Nothing.  Then I tried the next volume published in 1926.  Still nothing.  The same results came with the 1937 supplement.  In each case I also looked under Soup since it may have had a different title. Also since it has often been said to be a French tale, I checked my old anthologies translated from the French (since my own French is courtesy of ballet).  Still the story didn't appear.  Does this mean Stone Soup isn't truly as old as it has been said to be?  Actually it is old, as the magazine, "Stone Soup", notes on its website about the history of the Stone Soup Story.  So why didn't that resolve my search for a story about some soldiers going home and, along the way, showing cleverness, teamwork, and generosity?  Because, as the magazine shows, it wasn't until the Caldecott award winning version by Marcia Brown that the hero or heroes became soldiers!

Does that mean I have no tale of inventive soldiers for Veterans Day?  Dunberidiculous!

Research often results in serendipity and among my French anthologies I found a story I love and know by the name of "The Nose Tree."  I had mistakenly believed it was German, but not collected by the Brothers Grimm.  Laura Valentine, called on the title page, Mrs. Valentine, collected and edited it in her book, The Old, Old Fairy Tales.  She gives the background of the work, but the book itself isn't dated.  She traces the stories origins to Straparola's "Notti Piacevoli" (1550) in Italian & the French "Contes des Fees" (1560).  Since it was indexed in the 1915 Index to Fairy Tales I know it's safely Public Domain. 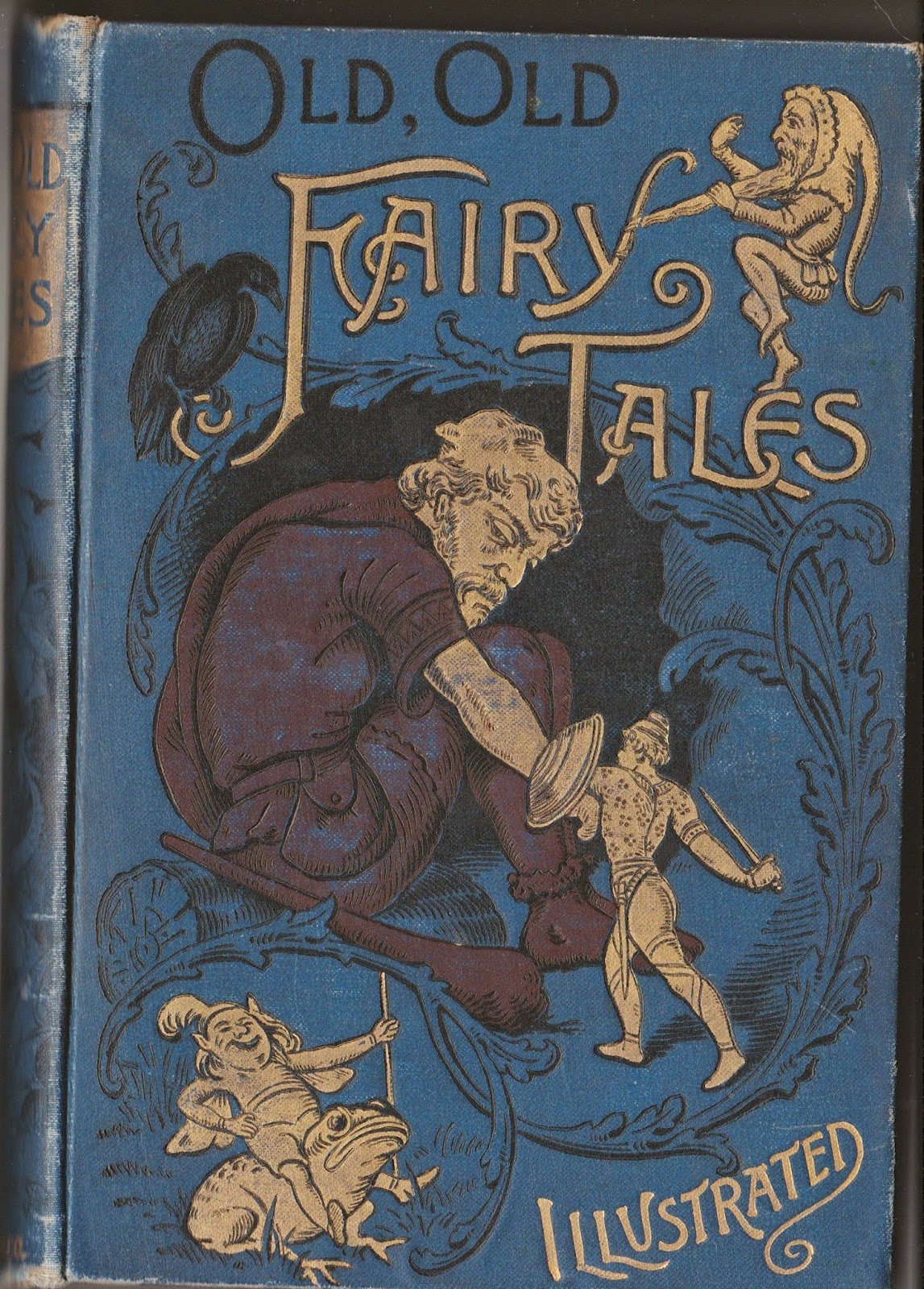 The story is long enough and I'm busy enough (more about that later) that I'm posting half of it now for the holiday and half next week stopping at a critical point in the story.  The joys of storytelling suspense! 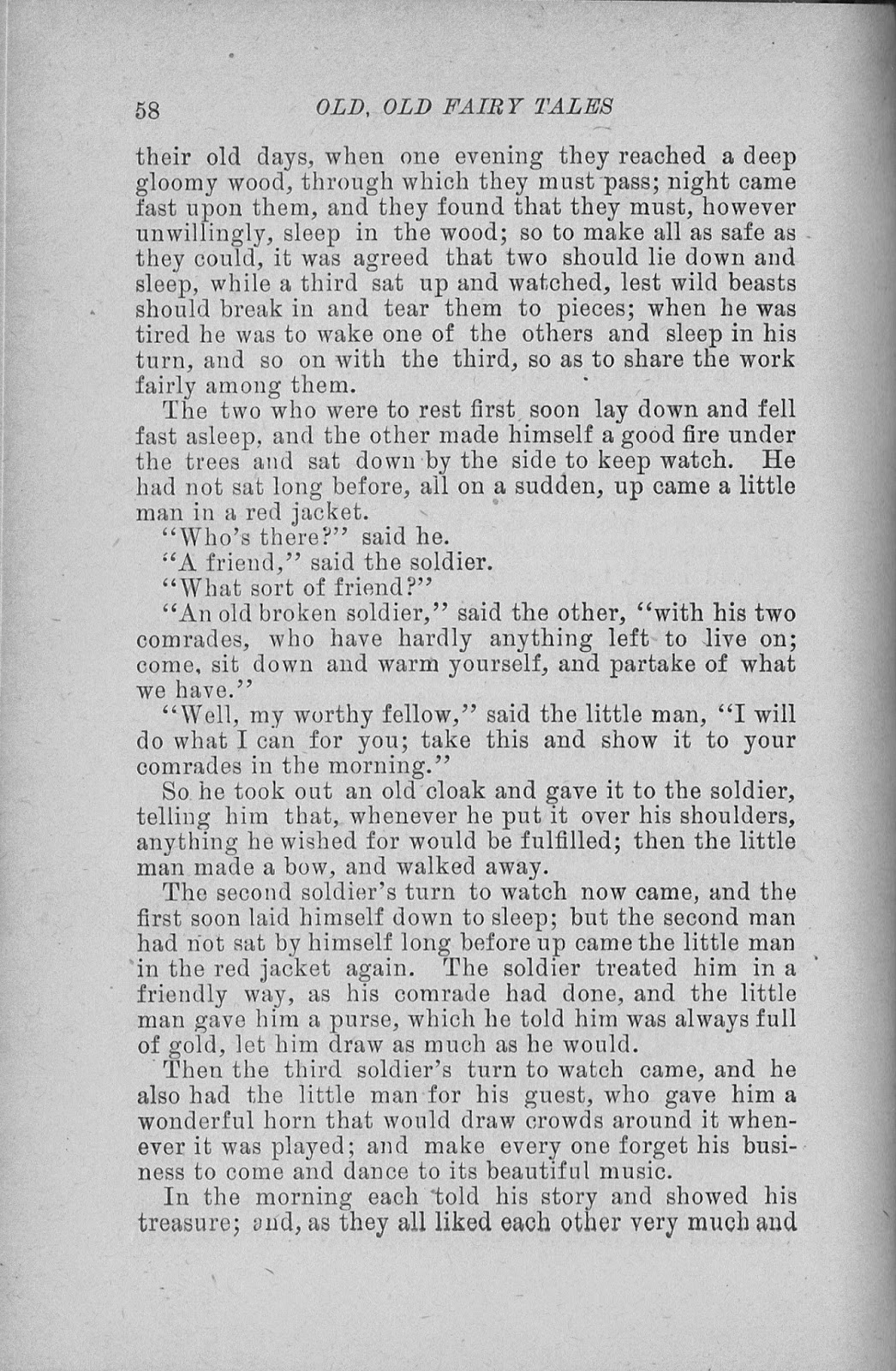 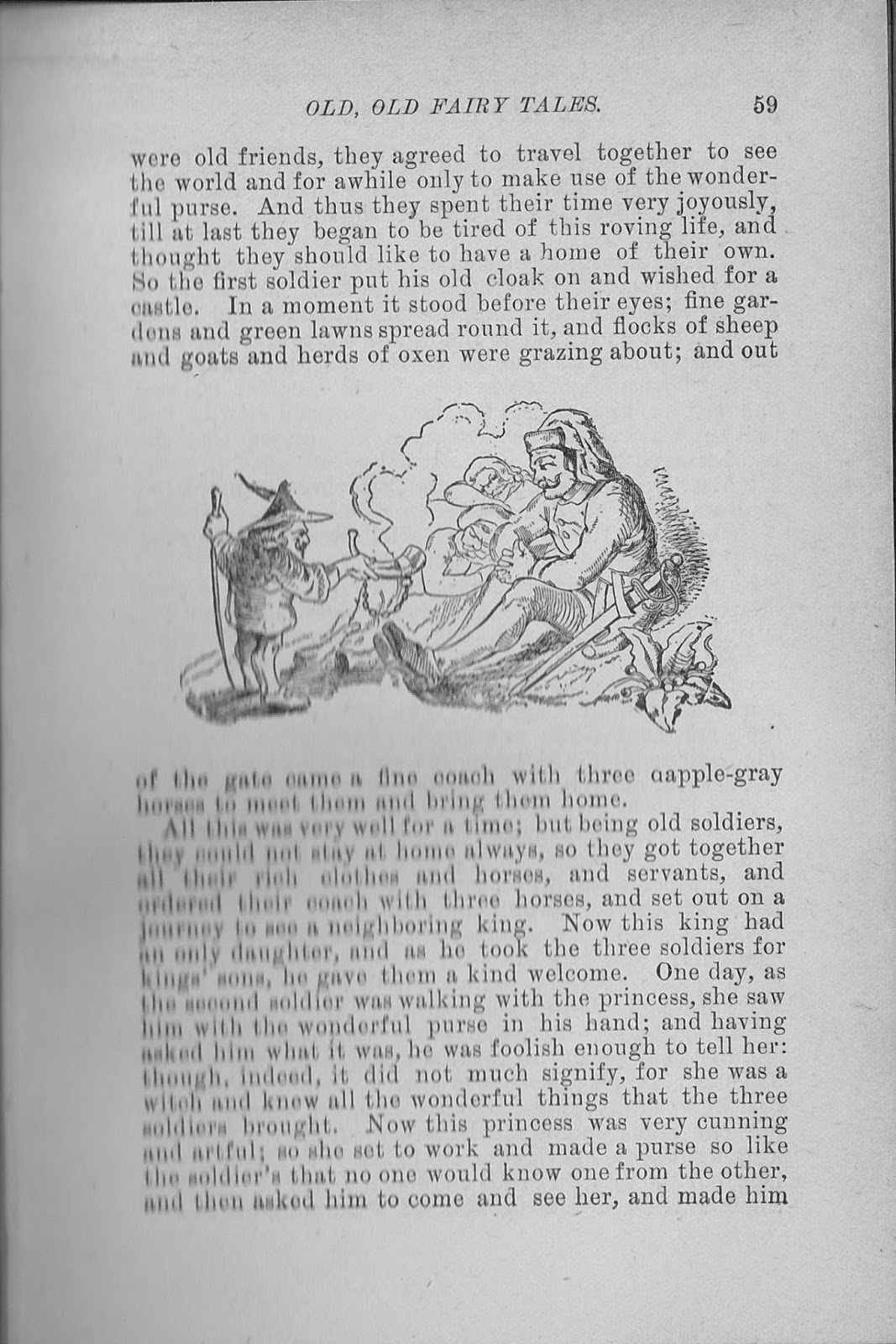 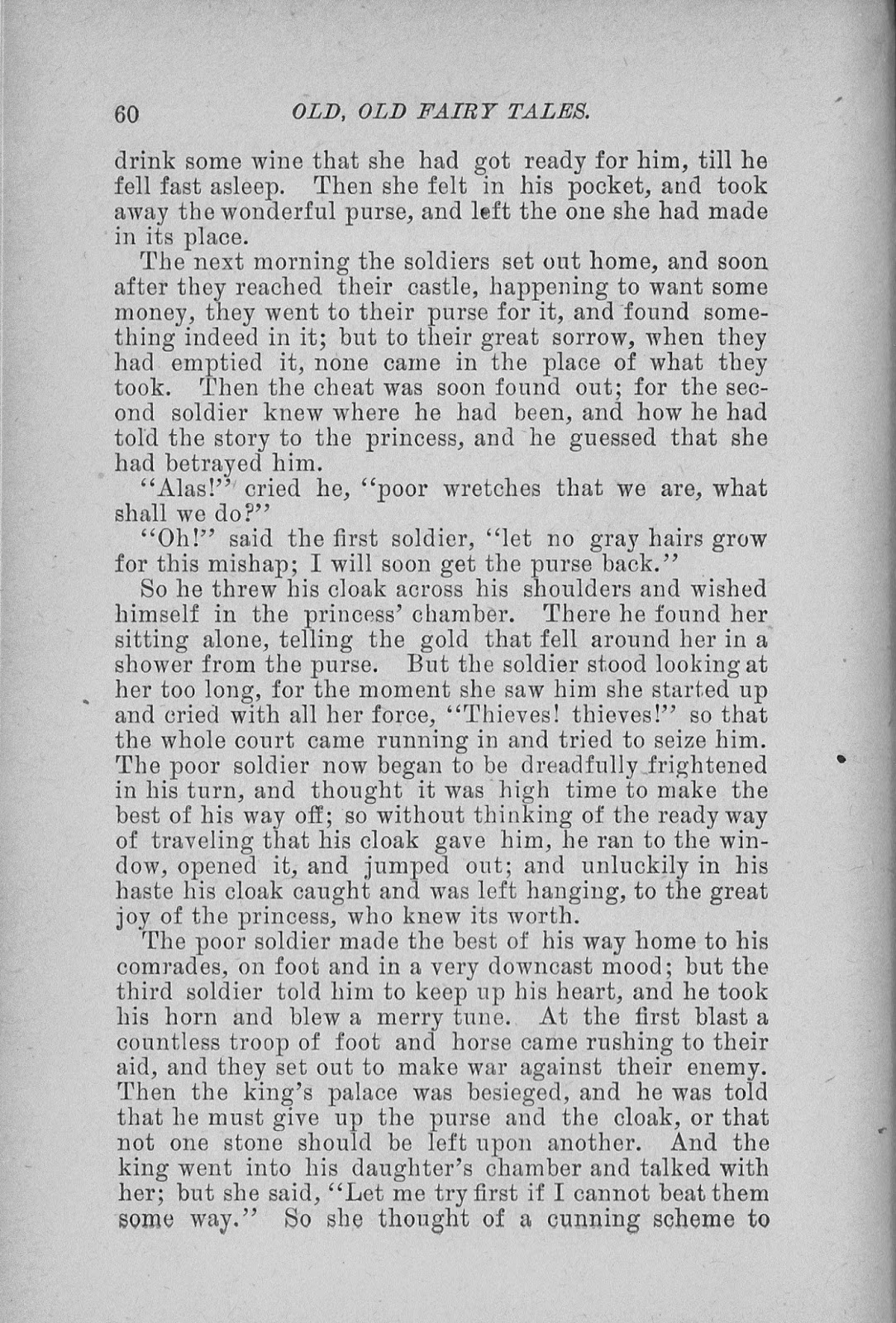 To be continued.
While waiting, if you are in my area, catch the Public Domain story of Anne of Green Gables as a musical.  It's the longest running musical in the world appearing every year at Prince Edward Island, but here's a local production I'm sure you'll enjoy.  (My Annual Foolishness of one play or musical per year was extended when a vacancy occurred in the cast.  Knew so many in the show, I just had to agree.) 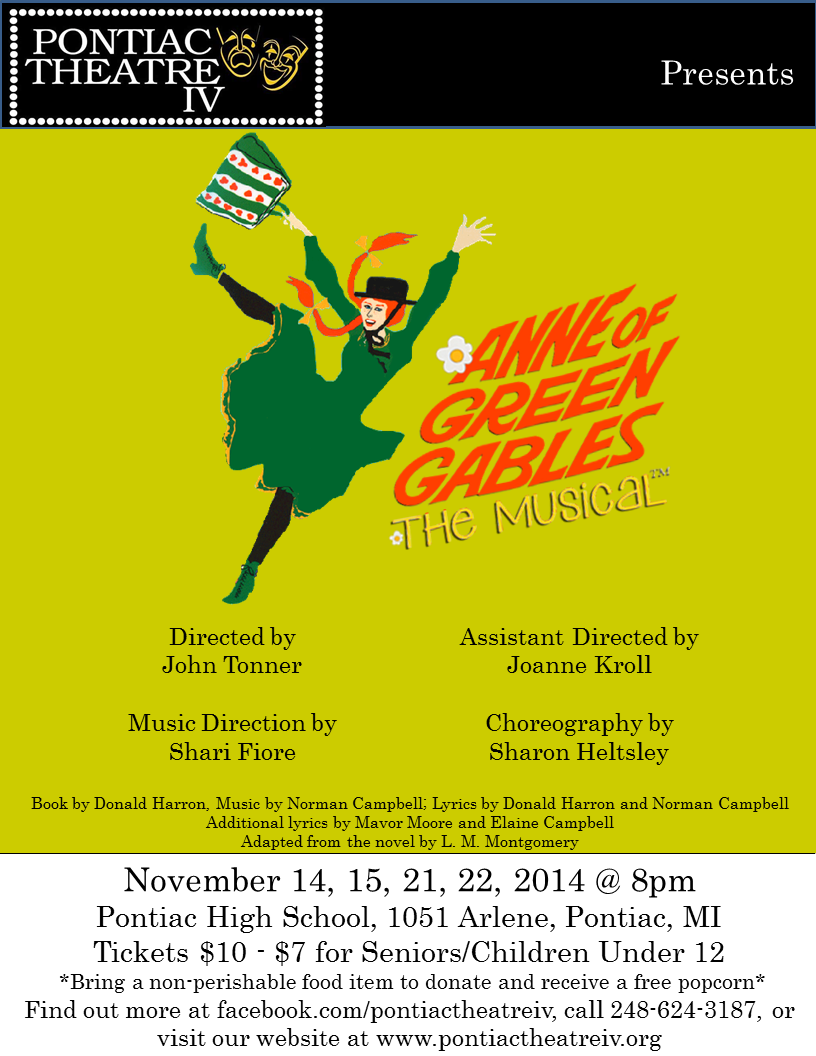