Bailey - The Birthday Stick - Keeping the Public in Public Domain

Let's hear it for Un-Birthdays with today's story!  If it should actually be your birthday, here's a story about measuring up to be the best you can be...sounds like all those New Year's Resolutions.

I want to say more after the story (which isn't from Alice in Wonderland) about a great Alice in Wonderland site, because the concept of Un-birthdays originated in Lewis Carroll's wonderful nonsense.  It might be called "illogic", but there's always a ring of truth in his work and shouldn't be dismissed as just for children.

Before today's story, at the risk of saying this twice like the White Rabbit, "I'm late! I'm late", that's what made me look for a birthday story.  Too often I'm late getting out birthday wishes.  It's especially bad, not just for me, but for most people when it comes close to those with end of the year birthdays around the holidays.  I posted earlier this week on Facebook an apology to friends with birthdays recently.  It's no excuse, but I said: You are probably used to it, since the holidays get everybody's attention, but I've a few other things happening, too, so I feel like I've been worse than usual at wishing you had a great birthday. Happy Un-Birthday!"

I've often posted stories by Carolyn Sherwin Bailey as she not only published a great deal, but her writing is fairly close to being tellable without a lot of changes.  She knew how to reach an audience and wrote a lot on seasonal and special times of the year.  In fact earlier I gave a birthday story by her, "The Princess Who Saw Herself", about a tomboy of a princess I called "not your typical fairy tale princess, but more of a terror of a princess."  Here's a prince receiving a birthday present that, like the fairy godmother's gift in "Sleeping Beauty", is not what was expected.  Since New Year's and Birthdays are milestones, they're a perfect time to see if we are measuring up to all we might be.  That's the theme behind today's story from Bailey.  She calls it a folk tale but doesn't give the source.  Maybe it is, but it's also very much from the fortunate Miss Bailey. 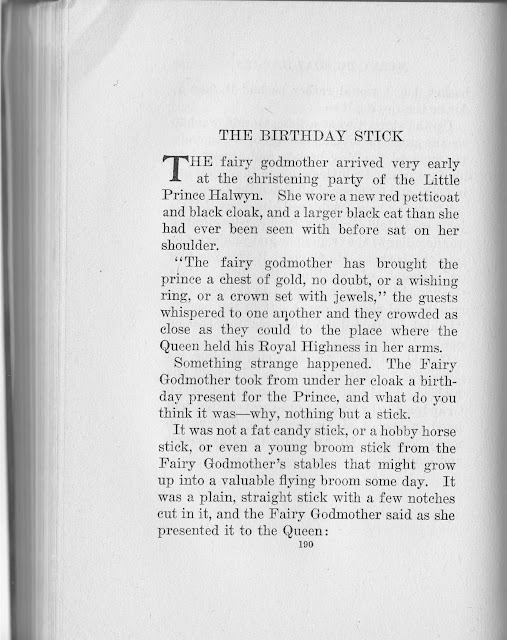 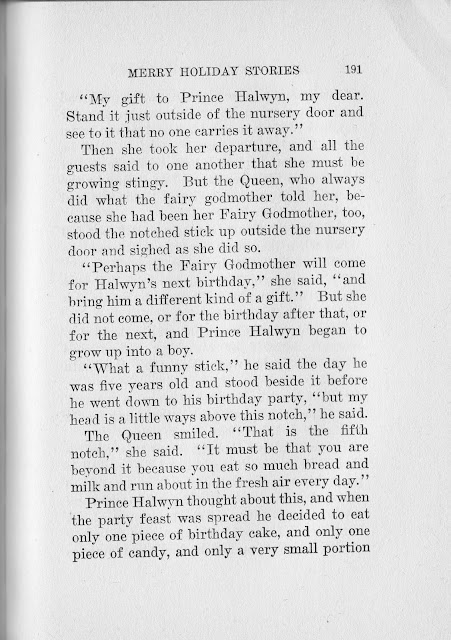 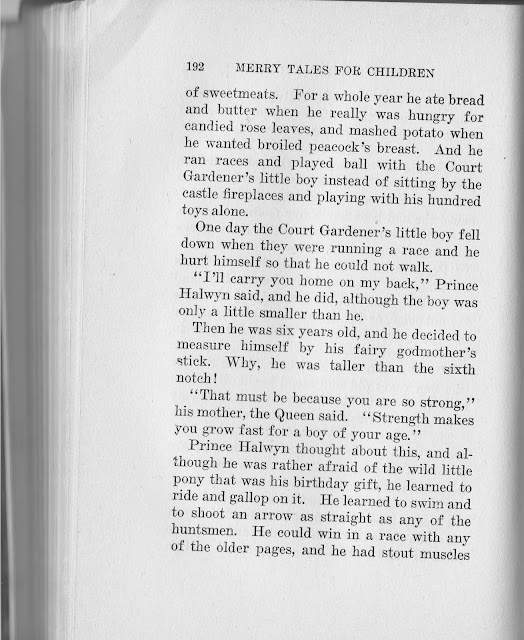 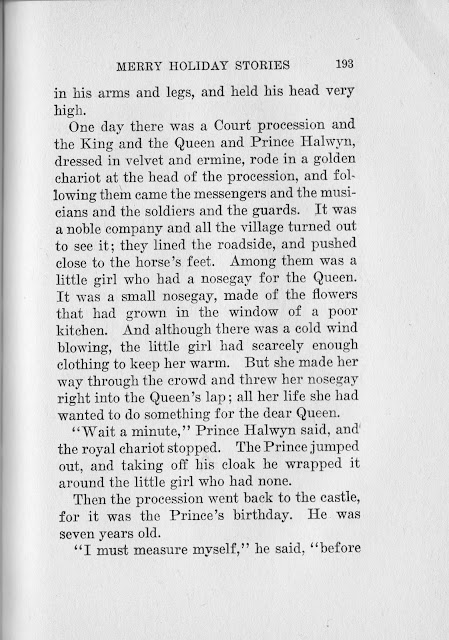 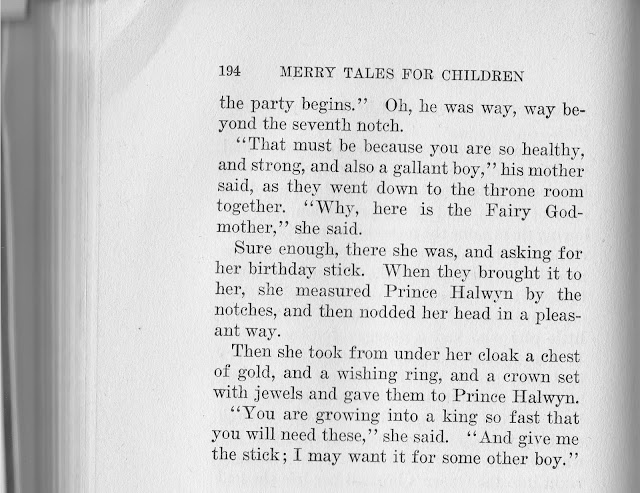 So if today should actually be your birthday, consider this your special present.  For the rest of us, let's enjoy our Un-birthday!  If you're at all interested in Alice in Wonderland, I recommend Alice-in-Wonderland.net/ where you can find so much for lovers of the original story and more.  That "more" includes not only Alice in Wonderland, and the sequel of Through the Looking Glass, complete with a lost chapter, and even the original manuscript which started it all, but also The Nursery ‘Alice’, Alice’s Adventures in Wonderland retold for children ‘from nought to five’, but as they say on t.v. "infomercials", That's Not All!  Disney's movie script and illustrations are given along with all the wonderful illustrations by John Tenniel, complete with information about him and also Alice Liddell, Carroll's inspiration for the stories.  There are other things like quotes, links, and trivia, enough to satisfy serious researchers, but also resources to throw your own Mad Tea Party, even ideas for an Alice inspired Christmas tree, playing cards, a store to purchase Alice items, a forum, and the blog by Lenny de Rooy, the site creator.