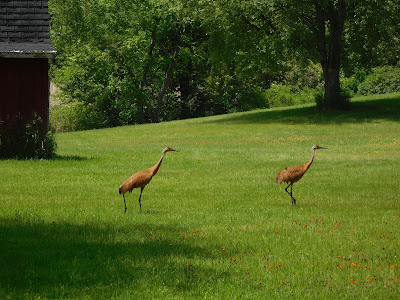 "Storyteller Sorepaw" here, bringing a story from my own field and that of my neighbors, yet it reaches out from here in Michigan to Utah and possibly back into the dawn of time.  Every year at this time we are visited by a few Sandhill Cranes.  It's like watching something from the age of the dinosaurs.  In fact this article from The Dinosaur Museum in Blanding, Utah may interest those of us who have wondered "Are Birds Really Dinosaurs?"  That article is from the controversial author, Stephen Czerkas.  He died in 2015 and Wikipedia at this point has yet to do an article on him, but as of last month the self-taught paleontologist's work attempting to trace the link from prehistoric raptors to modern birds fills up most of the 62 citations under the name of Czerkas including several from May 2017.  I'm certainly not a paleontologist, and don't know if past mistakes like his National Geographic accidental hoax about Archaeoraptor prove anything beyond curiosity will always leave us wondering.

Fortunately I do have the ability to find stories, including many in the Public Domain which can be published for our enjoyment without restriction.  The stories are not necessarily about this particular type of Crane as Sandhill Cranes are one of 15 living species of a bird with a record that continues to fascinate paleontologists and the public alike.  That fascination includes stories wherever any cranes have appeared, Asia, Europe, and here in North America. 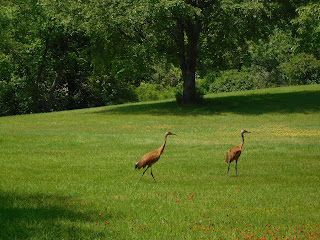 Some other time I may add other crane stories, but today prefer a story that includes a cousin of the Crane, the Heron, who also is here in Michigan.  The Sandhill Crane and our own Blue Heron may not be the specific species in this Russian tale, but the story is a delightful look at the contrariness of courting.  I prefer it to television's attempt with The Bachelor.  Earlier on this blog we've had another article and three stories by or about Valery Carrick .  Those stories and today's tale come from his trio of Picture Tales from the Russian.  Today's offering is from the first volume and was translated by Nevill Forbes with Carrick's own humorous drawings.  Don't get hung up on the inter-species behavior, just enjoy this look at "true love" and its difficulties.  Oh heck, here's a site with lots of quotes about True Love and, if that's too sappy for you, let your cursor hover over the Topics button at the top of the page and go to others on love you prefer. 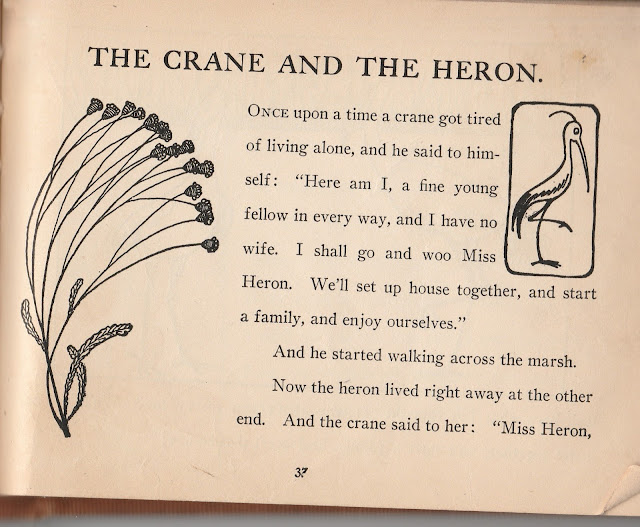 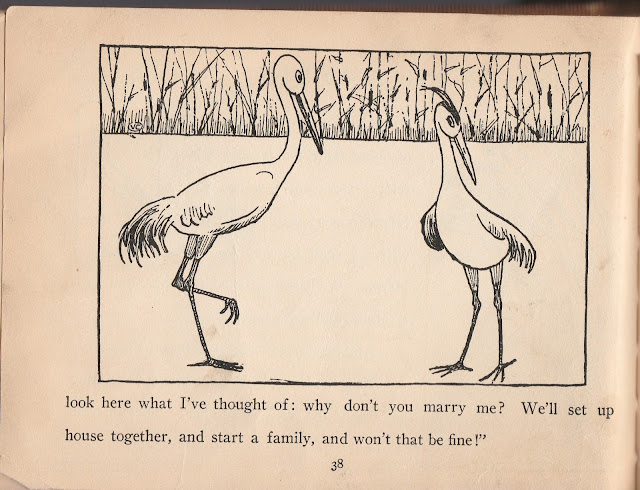 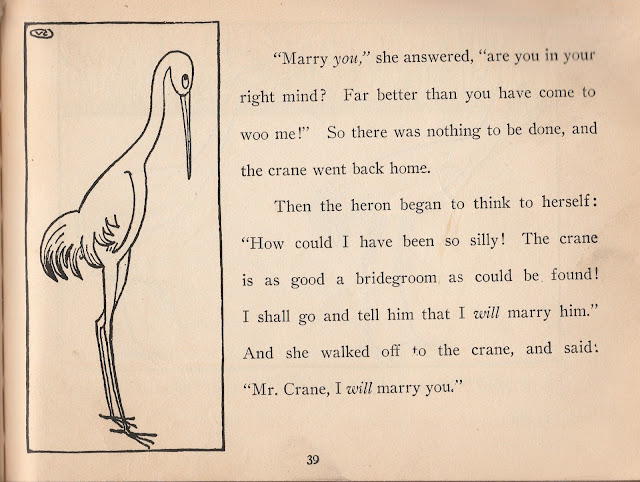 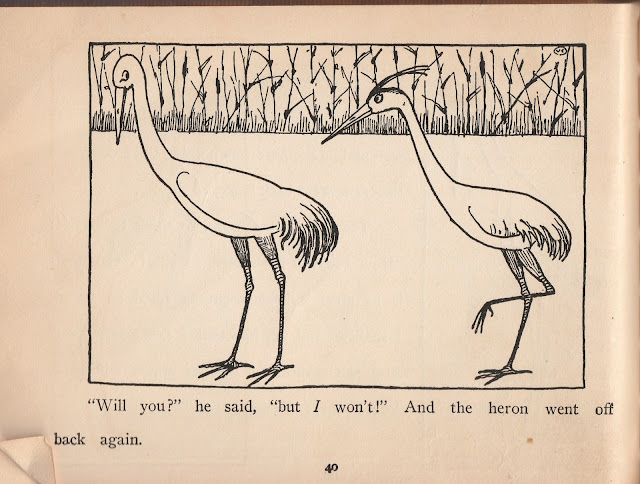 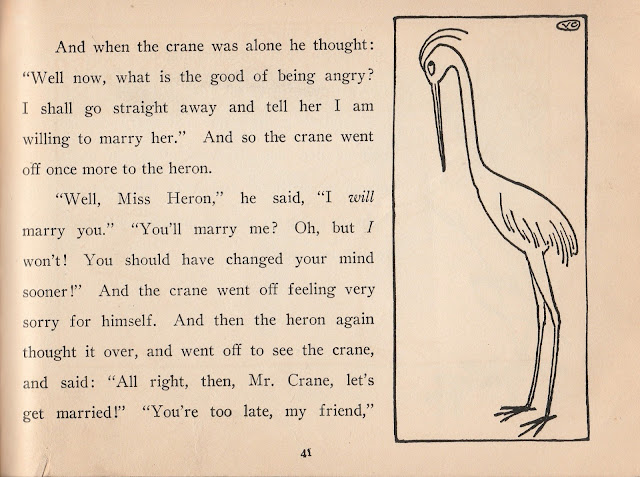 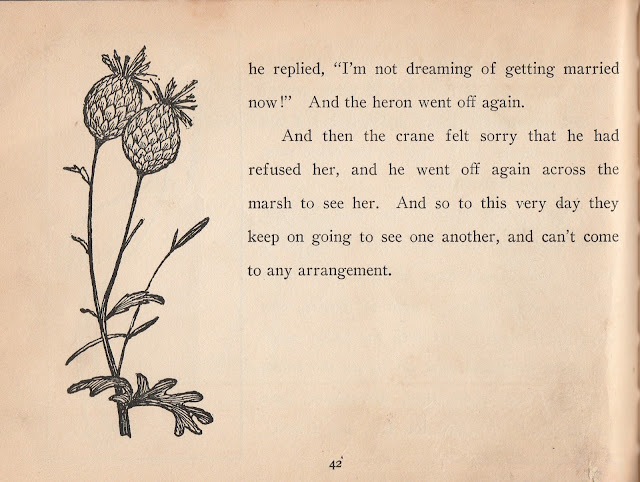 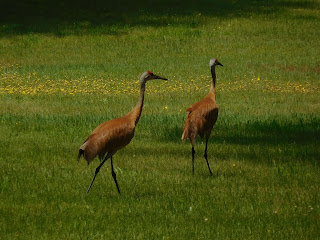 Fortunately my own "local" cranes each year seem to match this Wikipedia claim, "Cranes are perennially monogamous breeders, establishing long-term pair bonds that may last the lifetime of the birds." I can't tell the male from the female, but they clearly are more motivated in their search for food in the fields than by whose turn it is to be in charge.
*************
Here's my closing for days when I have a story in Keeping the Public in Public Domain.
*****************