My wishes to all lovers of stories and storytelling

I don't like calling it Turkey Day.  Yes, it's a great time to feast, but the real feast is in giving thanks for our wonderful world and those we hold dear.  Here's my wish for you. 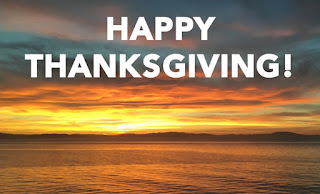 As we enter into the Christmas season (and, yes, it is a season), I began a bit early because I was asked to begin my Victorian Christmas programs again.  In that era Charles Dickens was a major influence, especially his Christmas Carol.  When he died, it is reported that a costermonger's daughter cried out, "Dickens dead?  Then will Father Christmas die, too?"

Just as the New York Sun editorial in 1897 proclaimed to yet another child, "Yes, Virginia, there is a Santa Claus", I want to join that famous Dickens character in saying, "God bless us, everyone!"