Parker - The Coming of Spring - Keeping the Public in Public Domain

The vernal equinox started in the U.S. Thursday, March 19 making it official, spring has arrived in the Northern Hemisphere with day and night roughly equal in length.  The Old Farmer's Almanac's website tells us the last time spring appeared this early was 1896, but don't get too excited, it's always either March 19, 20, or 21.  Three options, but it's also interesting that it won't happen again on March 21 until 2101.

Different people have different ways of feeling that spring has arrived in their area.

This week I saw one in front of me.  I live near a golf course, but am not a golfer.  That course has been great for walking with my dog while winter closed it to golfers and days have been short.  Looks like I won't be able to walk it much longer as the lawns were looking green, flags were out at the holes, and the grounds crew had obviously been busy.  I guess you could switch the quote from The Field of Dreams to "If you groom it, they will come!"  Since a foursome is under the current suggested maximum of ten for social distancing, I suspect golf fanatics, known for even risking being struck by lightning, will take to the course.  Can't say for sure, but there's a snow and/or rainstorm working its way across the country.

Robins are often pointed to as a sign of spring.  Since they arrive even while snow still returns to Michigan, they're not a very reliable sign.  Michigan's first people, the Anishinaabe, also eagerly awaited spring's return to our mitten-shaped state.  Henry Rowe Schoolcraft  recorded some of those stories and the link to him here takes you to some, including one about our official state bird, the robin.

Stories travel.  The Anishinaabe tale of "Peboan and Seegwun" is such a favorite I've given it here twice!  Did our area's First People over on the western end of the Great Lakes influence the Seneca,  who were the farthest west of the eastern First People of the Iroquois Confederation.  The Seneca were located south of Lake Ontario, at the opposite, eastern end of the Great Lakes.  Did the Seneca influence our own "People of the Three Fires?"  I know the two nations weren't always friendly, but there's obvious similarity to our area's story in the tale recorded by Arthur C. Parker from Aurelia Miller one probably chilly January day in 1905 and published in his Seneca Myths & Folk Tales.  Whether you compare it to "Peboan and Seegwun" or not, I believe the imagery of the Seneca characters will stick with you because we all hope winter is ending and we are seeing "The Coming of Spring." 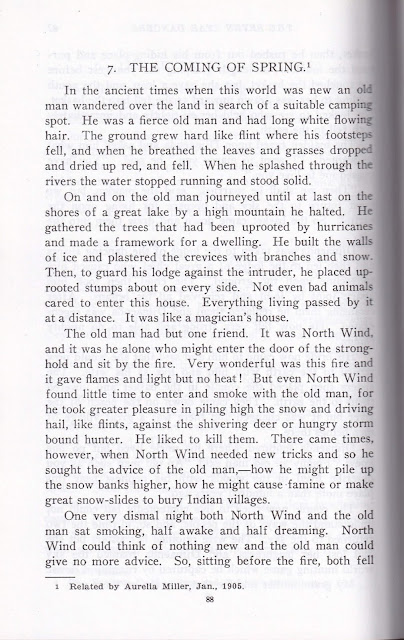 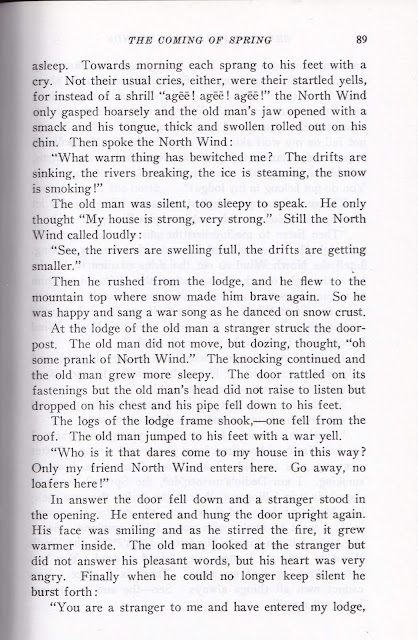 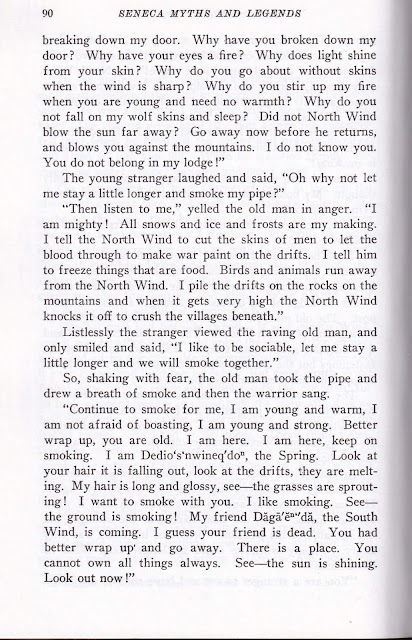 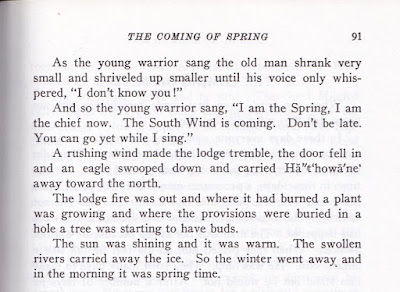 If you're looking for educational value, comparing the Seneca tale to "Peboan and Seegwun" is great for kids, but really that sounds like school.  Why spoil it?  Let's go back to that Old Farmer's Almanac article which asks "How Do YOU Celebrate the Vernal Equinox?" then answers it with Observe nature around you! and comes up with seven ideas to do it.

Their ideas aren't incompatible with "social distancing" and even work if you are in quarantine.  Then when spring showers (or late snows) start, come back inside and read as March is Reading Month!
******************