Current and last week's winter weather makes any check of a creature seeing its shadow unnecessary.  While we may long for warmth, most of North America knows we're in for more than just six weeks more winter.

What would you give to be able to control the weather?

What would happen to you if you could control the weather?

Estonian folklore considered those questions and it's still fairly close to what might be expected now.

I'll tell a bit more about the source of this story after we enjoy it. 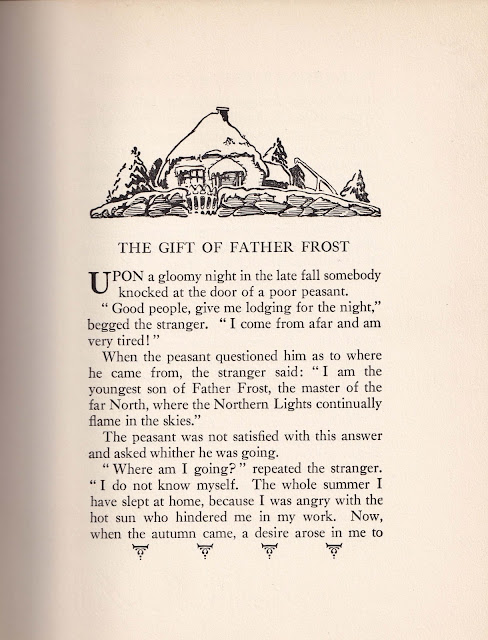 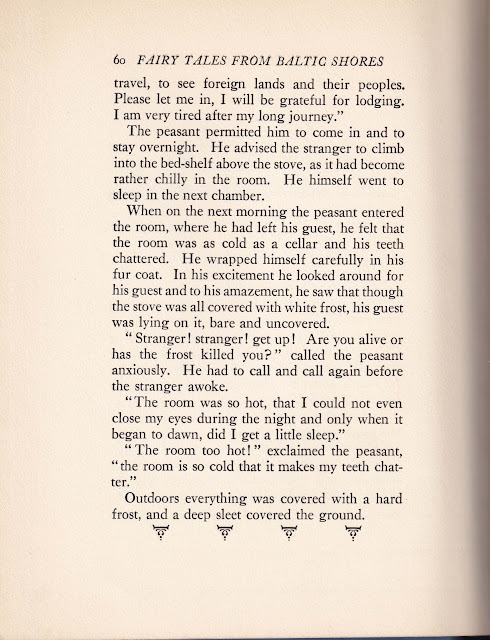 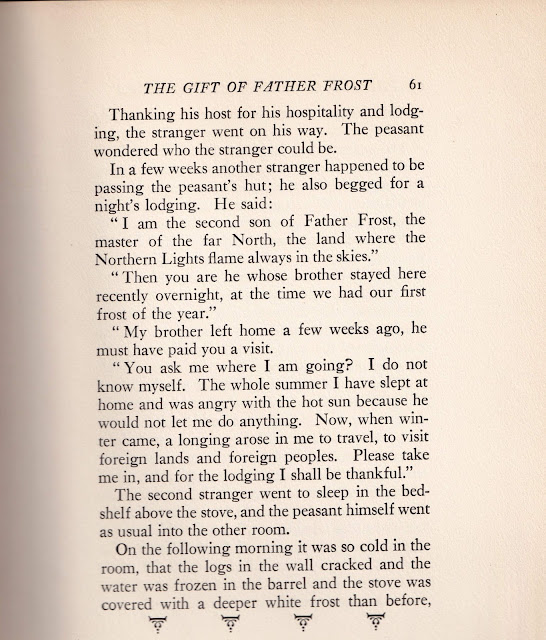 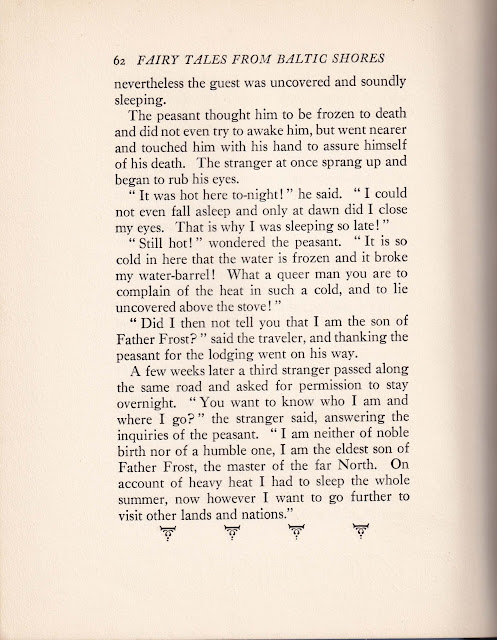 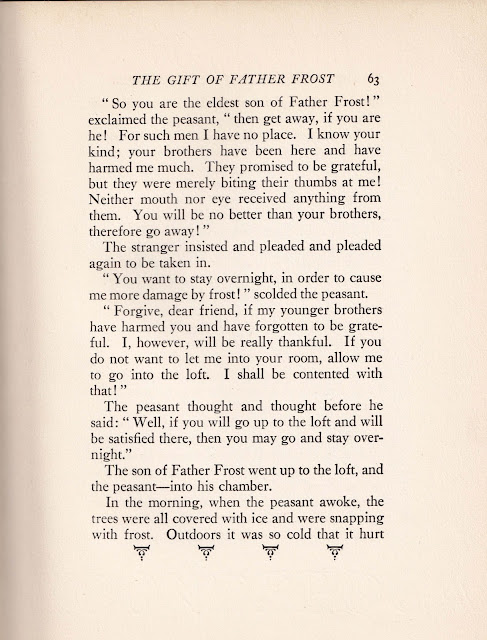 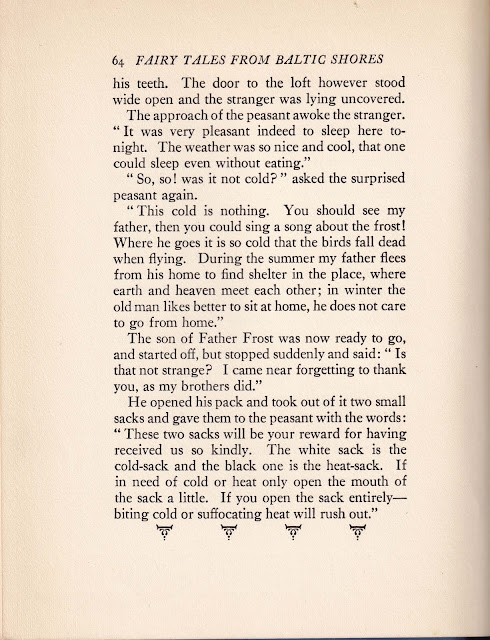 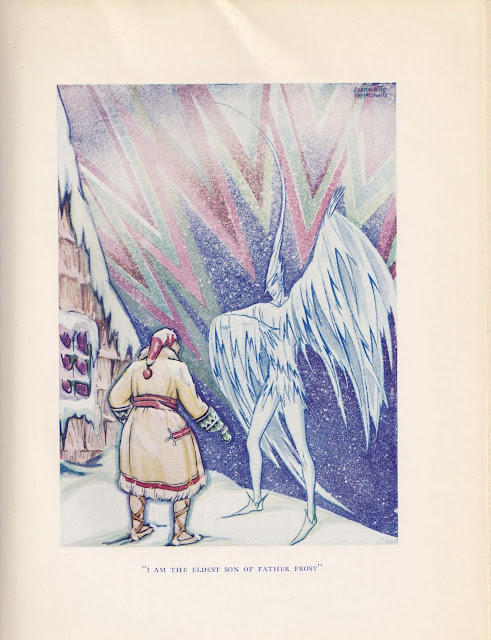 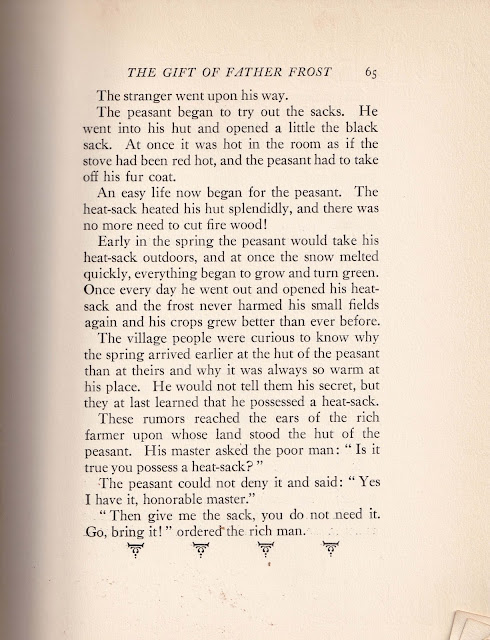 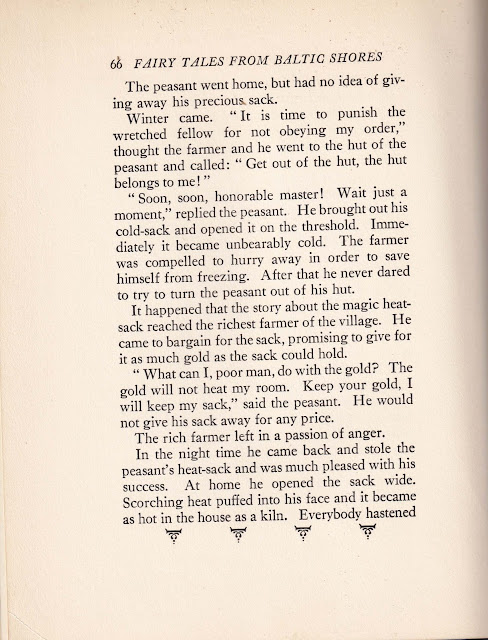 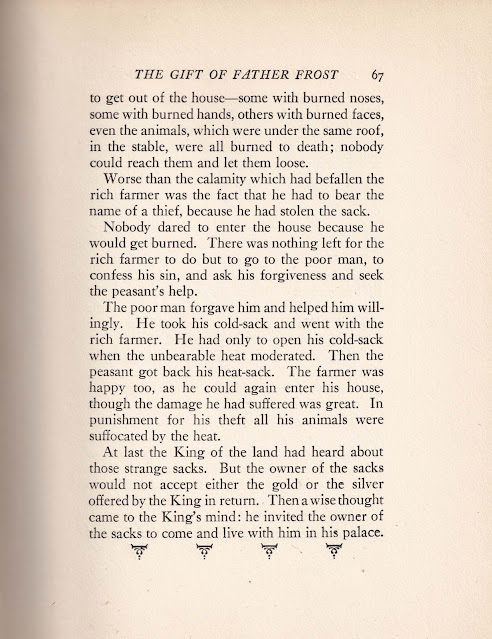 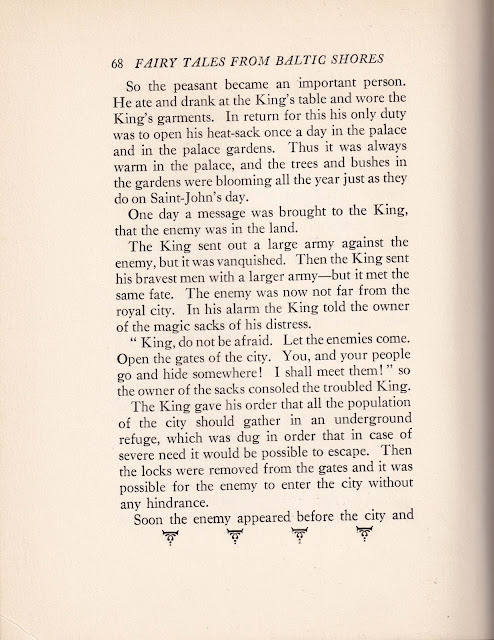 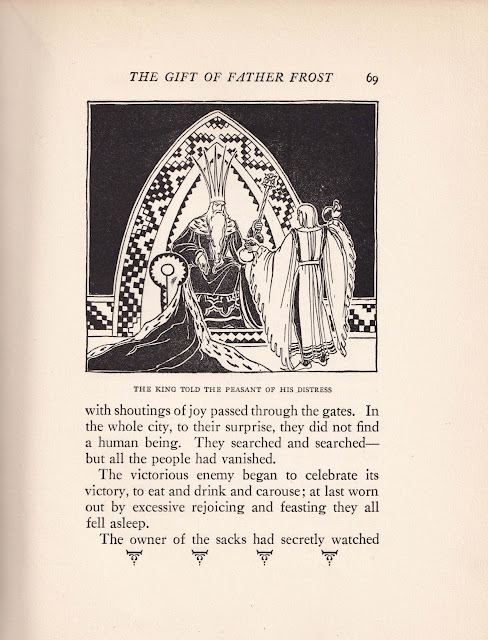 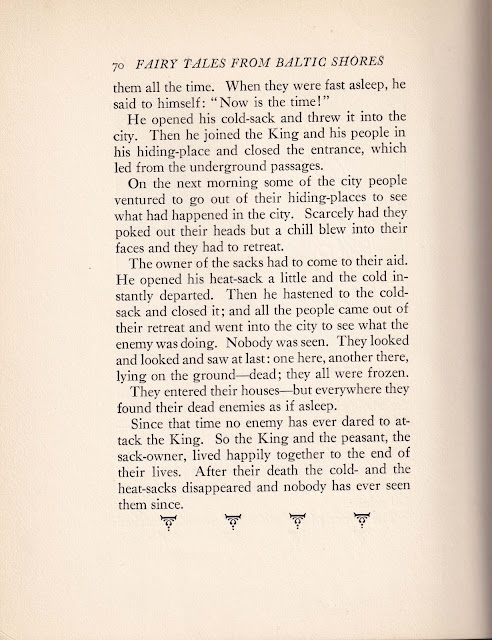 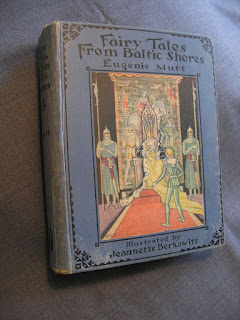 WELL!  Where's a good heat-sack when you need it?

This is from a delightful book of Estonian tales called Fairy Tales from Baltic Shores.

There are various editions and covers, but as far as copyright searching could reveal, this 1930 book's copyright was never renewed.  The publisher, The Penn Publishing Company, the author, Eugenie Mutt, or the illustrator, Jeannette Berkowitz, all had the opportunity to renew the book and didn't.  Under the older 1909 copyright law it needed to be renewed 28 years after it had been published.  When that wasn't done, the book entered Public Domain at the renewal year.

Here I could get on my soapbox and begin my rant about Sonny Bono singing "I Got You Babe" in the Great Beyond.  His constituents when he was in Congress included the Disney Studio, who were about to lose their royalties for the use of Mickey Mouse.  His Copyright Term Extension Act (known also as the Sonny Bono Act or the Mickey Mouse Protection Act) protected works from 1964 onward, getting our copyright law to cover works that had been renewed.  It's more complicated for those renewed works so I alway search 1963 and earlier, avoiding reproduction if renewed.  By the way "Mickey Mouse specifically, having first appeared in 1928, will enter the public domain in 2024[5] or afterward (depending on the date of the product)."  That's from the Wikipedia article hot-linked earlier in this paragraph.  I love the footnote to "Mickey's Headed to the Public Domain! But Will He Go Quietly? - Office of Copyright". Office of Copyright. October 17, 2014. Retrieved January 14, 2018.  Earlier this year we saw the copyright on Winnie-the-Pooh has expired this year.  I expect to see all manner of products using it, especially using E.H. Shepard's illustrations of the characters.

Searching for the illustrator of this story, Jeannette Berkowitz, I'm only certain she illustrated a similar book The Penn Publishing Company didn't renew, Old Swedish Fairy Tales by Anna Wahlenberg.  (Note to self to consider it for this blog as I own the book.)  Additionally Berkowitz illustrated The Adventures of K'Ton Ton; A Little Jewish Tom Thumb.  It was published in 1935 as the "first major work of Jewish children's literature written in English."  For a glimpse of one story and a few other illustrations, Ariel S. Winter has posted "Ktonton Takes a Ride on a Runaway Trendel."  (Trendel is another spelling of the Hanukkah top more familiarly called a dreidel, but spelled many ways when it's transliterated).  Other than her work on those three books I'm uncertain about her, as the name Berkowitz is not easily verified to know more. 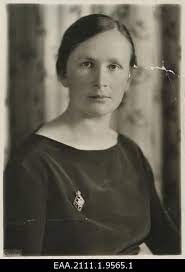 In contrast, how would you like the last name of Mutt as a child in school?  Fortunately that's Eugenie's married name and she's more easily located.  She was born in Tartu, Tartumaa county in eastern Estonia in 1892 as Jevgenia Parts, the daughter of Johann (Jaan) Parts and Sinaida Parts and had a brother named Paul.  I'm not sure when she married Viktor Johann Mutt, but they came to the U.S. in 1928 with their two sons, Oleg and Viktor.  I imagine they probably wished their father's name had been changed during immigration.  Beyond that she was one of four translators into English for The Piper:  A Selection of Estonian Fairy Tales compiled by Juri Talvet and published by the Estonian publisher, Tallinn Perioodika Publishers, in 1987.  By that time she had died in 1983, probably one of the reasons for four translators.

While the country of Estonia is not as well-known as many other northern European countries, it has had a sizeable immigration history to the U.S., especially after World War II when 11,000 were allowed to immigrate and apply for citizenship as Russia claimed the country.  Today Estonia is once again independent and that's certainly an Estonian trait.  These descendants of the Vikings deserve to be better known.

*******************
This is part of a series of postings of stories under the category, "Keeping the Public in Public Domain."  The idea behind Public Domain was to preserve our cultural heritage after the authors and their immediate heirs were compensated.  I feel strongly current copyright law delays this intent on works of the 20th century.  My own library of folklore includes so many books within the Public Domain I decided to share stories from them.  I hope you enjoy discovering new stories.