Legendary tales of saints in early Christian times are plentiful, but what is known about both Saint Valentine and the development of the holiday are fairly consistent.  Much less is known about today's author, Grace Humphrey, who published many books in the early 20th century.  Let's look at what she wrote first, plus a drawing of the youthful saint.  (No illustrations from early days exist.  Religious or stained glass versions make him look way older than I picture this man who valued love.  I chose another that's common, but also by the prolific "A. Nony Mous.") 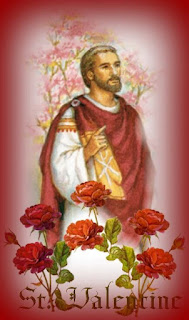 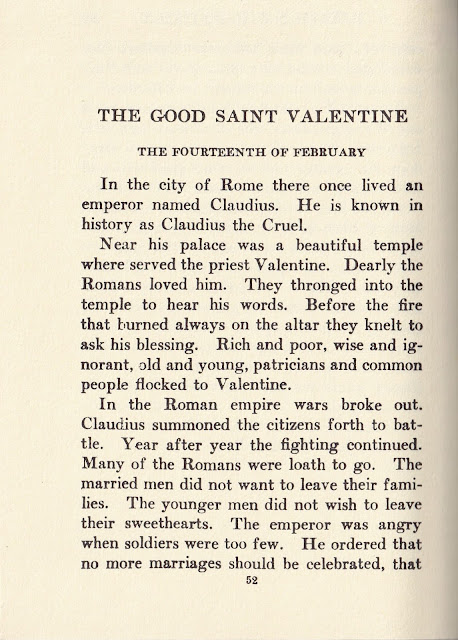 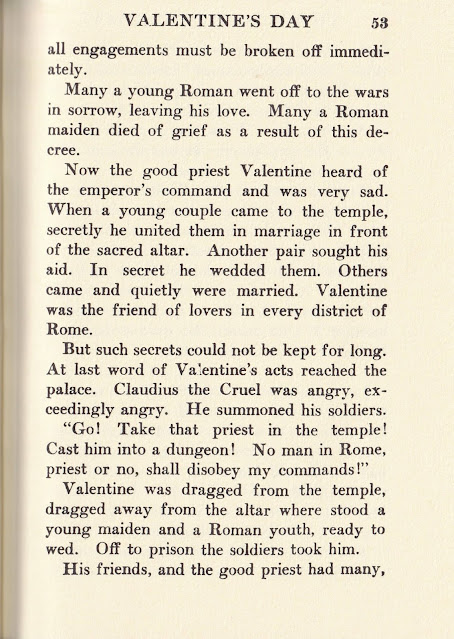 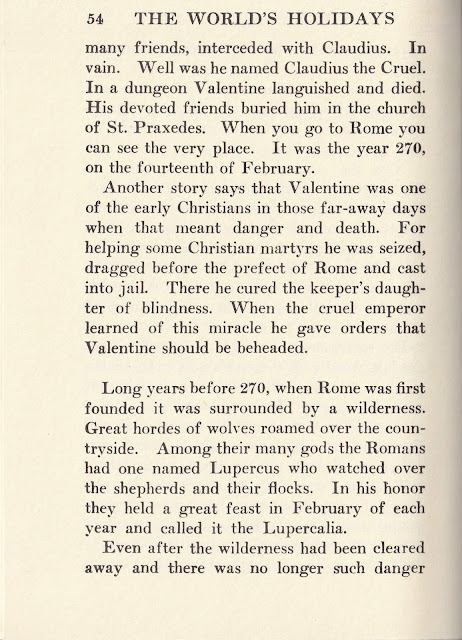 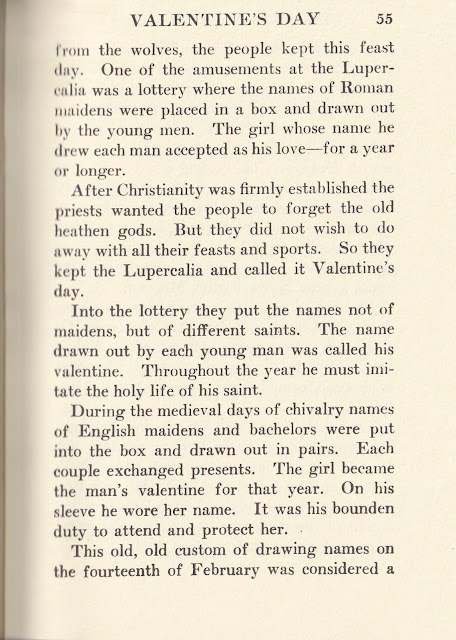 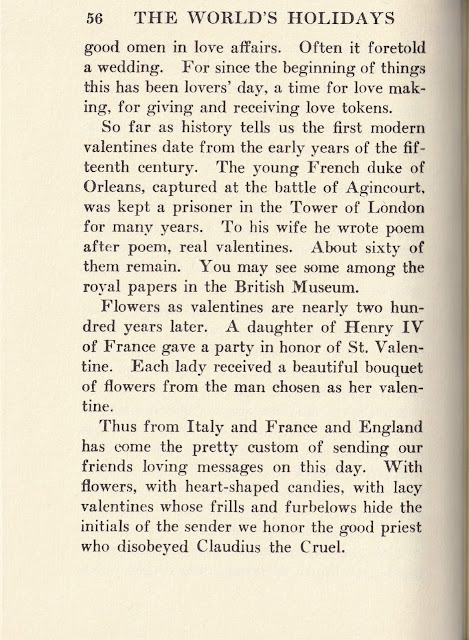 Whether you like poems, flowers, or modern day cards and "sweets for the sweet", this gives you a bit of legendary background on a holiday that is certainly commercialized, but also would be popular even without buying a thing.

I mentioned at the beginning little is known about the author, Grace Humphrey.  Perhaps genealogical information could be found, but that lets us know only a facts view of a woman whose many works tried to present both what facts could be found AND some of the spirit of her subjects.  Her list of works at Goodreads lets me guess she was from Illinois with possibly eastern European roots.  In a day when book covers didn't carry author photos, she seems to have preferred to let her work speak for itself.

Speaking of her works, Stories of the World's Holidays, is on my shelf in a sturdy brown reprint from Gale Research.  They reprinted many early books of interest to storytellers, so if you see them, don't let the boring appearance stop you.

At one time while freelancing I worked for the local publisher, Gale, back then called Gale Research.  Like many publishers they've become part of a larger publisher, in this case Cengage.  Mergers happen and tax laws on a publisher's "backlist" all led to dropping their republishing old classics like today's book, Stories of the World's Holidays.  The Public Domain was enriched by those backlist classics.