When technology works it's great, but when something goes wrong it can be disastrous!  In the middle of last month I discovered my website went down and even claimed it didn't have the security certificate scheduled to run through this week.  I've been with the same webhost for many years, so I gave them the benefit of extra time to correct the problem.  Eventually it became necessary to change webhosts.  That, too, took a while, but now once again https://www.Lois-sez.com is up and running properly. 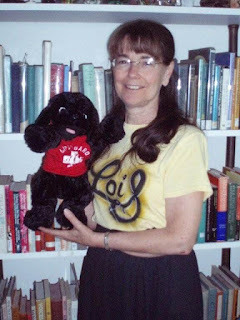 I've no idea when this problem started, but am grateful that, once again, my website is up.  It was particularly ill-timed as this is the time when I started sending out my Summer Reading Program publicity.  I'm planning on a Storytelling Cruise Around the World.  This program has long been a favorite for schools, libraries, and even at the Detroit Institute of Arts.

I also bring my puppy puppet sidekick, Buzz, dressed in his lifeguard shirt to help me with added audience participation. Buzz helps me by drawing the raffle-style tickets of audience attendees.  Together we have fun with water-related jokes and riddles.  (I freely confess to having roughly fourth grade humor.  For my international readers, that's roughly nine years old.)

The stories in the program travel from Alaska to Hawaii, Japan, Liberia, and then either Ireland for a mermaid tale or a form of the following South American story first found in English in Valery Carrick's Picture Folk-Tales.  (He also illustrated the story.)  I'll give a bit more about the story later. 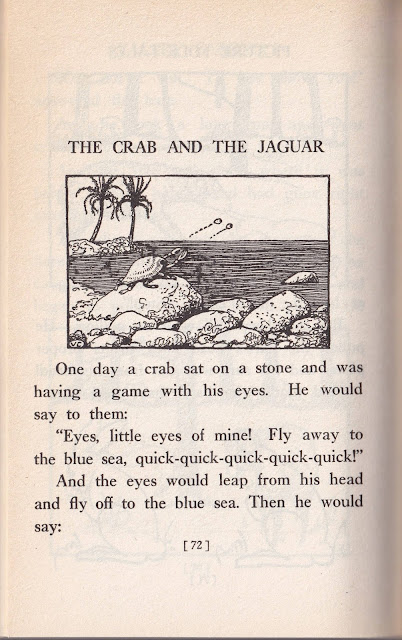 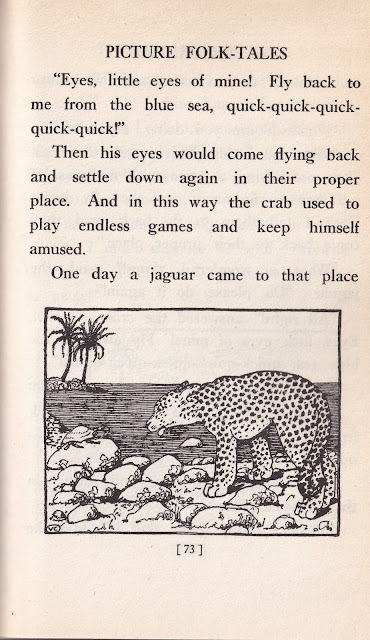 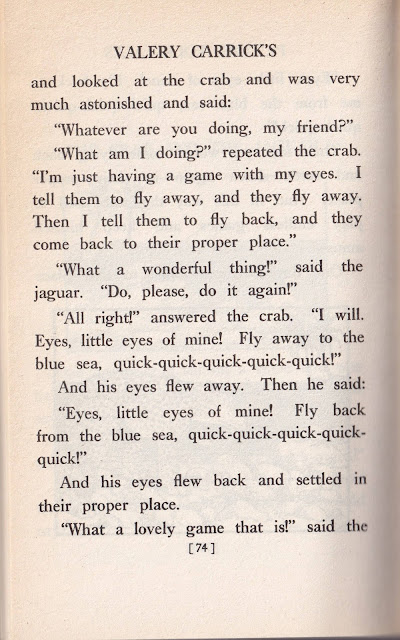 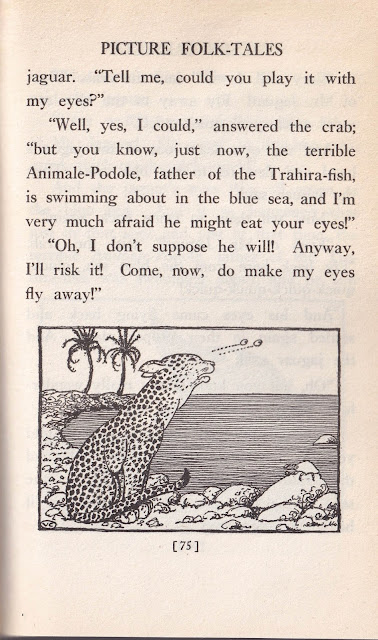 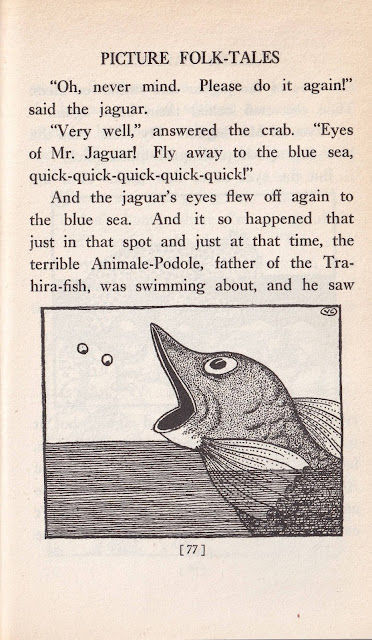 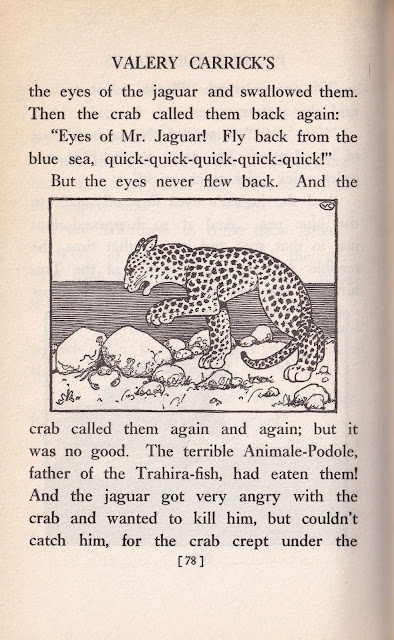 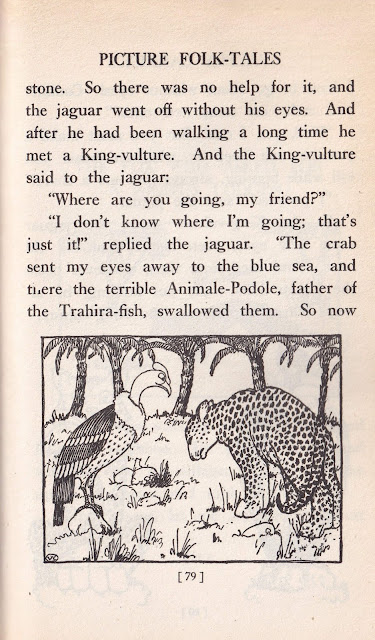 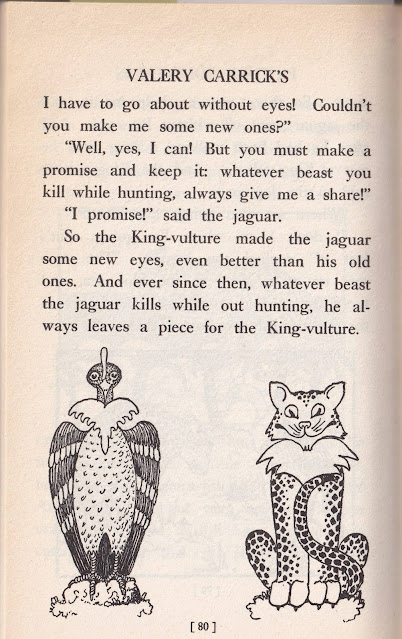 Carrick doesn't give the source for this tale, but it is a variant of a South American type of story also often told by our own Native Americans.  I asked a Brazilian storytelling friend about the story and she recognized it, saying the jaguar is known for being very cruel.  She also said in Brazil it is called Onca (pronounced Own-suh).  I use that name when I tell it and confess my telling is closer to the version called "Little Crab and His Magic Eyes" (including having the vulture find blue berries) found in Margaret Read MacDonald's Twenty Tellable Tales.  I recommend the book highly.

Both Carrick and MacDonald give some fish names that trip well on the tongue, but aren't accurate.  I'm going to switch to Trahira.  This is after following Carrick's information that the fish is the father of the Trahira fish. Trahira grow to approximately a yard long.  Additionally Trahira is one of the names of the Erythrindae family of Central and South American fish known for preying on other fish.  Holding my hands a yard apart and calling them the vicious Trahira fish seems to follow the story's intent.

Right now or in the summer, I'm sure we'd all love to take a warm water cruise around the world. 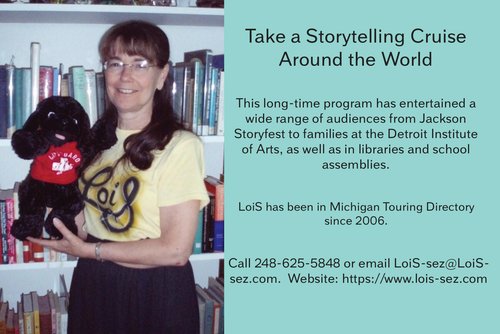