For Veterans Day and Beyond, More about World War I

This coming November 11 is Veterans Day. Historically and in some parts of the world it is called Armistice Day or Remembrance Day.  When you say something is at "the eleventh hour" it refers to the ending of World War I on the eleventh month at the eleventh day at the eleventh hour the war's end was signed.  While the war clearly was not "the war to end all wars", this day honors all who have served in the military.

I do a program on a Michigan woman, Oleda Joure Christides, who was in the last team of the bilingual phone operators, commonly called "Hello Girls", for WWI.  Because some men were "buried at sea" due to what was commonly called the Spanish Influenza on her trip to work at Pershing's headquarters, I did a lot of research also on the Great Influenza Epidemic of 1918.  Even with all my research, Victoria Thompson in her book, City of Scoundrels, did indeed give a few "I didn't know that" moments. She graciously gave me permission to share her comments at the end of the book which are relevant to both World War I and the Influenza epidemic. 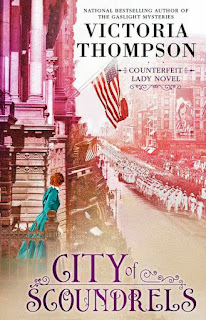 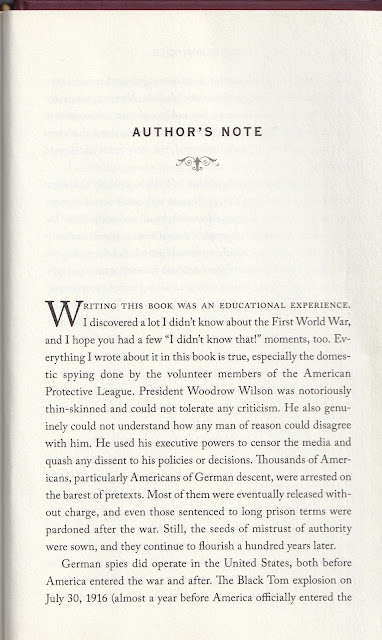 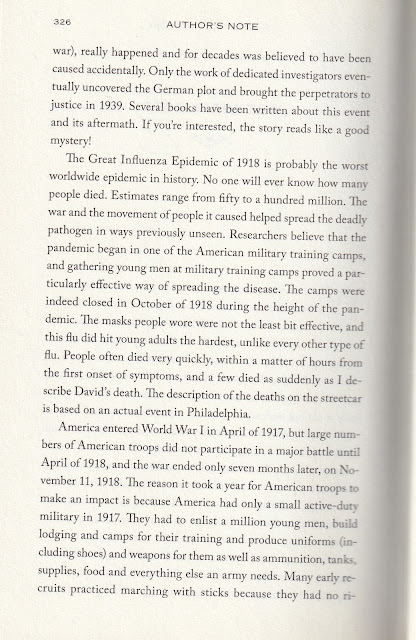 I'm hoping to bring the program about Oleda Joure Christides, http://www.lois-sez.com/historical-programs.html, back during Women's History Month. In November Oleda will be honored on November 18 in Lansing by the Michigan Military and Veterans Hall of Fame.  It's by invitation only and I look forward to meeting additional members of Oleda's family.  It's great to have her service honored. 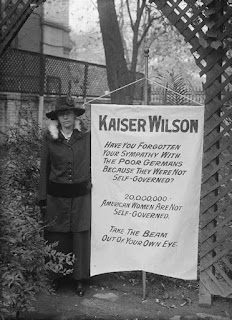 I also very much appreciate Victoria Thompson's permission to reprint her Author's Note in City of Scoundrels. Not only do I want to give full credit to her and would send you to her website at http://www.victoriathompson.com/, but definitely have enjoyed her Counterfeit Lady series, about a woman raised to be a con woman.  This is a fairly new series of, so far, five books, including the first book, City of Lies, where "Counterfeit Lady",Elizabeth, takes shelter hiding with Suffragists in jail.  When Thompson mentions President Wilson "was notoriously thin-skinned and could not tolerate any criticism" I think about this photo after the War's end when women in the U.S. asked for the same rights granted Germans.

Even before the Counterfeit Lady series my husband and I are longtime fans of Thompson's Gaslight Mysteries set in New York city at the Turn of the 20th Century.  There are 24 so far and all are titled "Murder on (or in) ... " giving the name of a New York street or neighborhood.  I recommend them highly. They move you like a time machine into a well-researched bit of the past.  Added to those settings there are characters who always make you want to see what happens next.  I could say even more, but think it's time to let you discover them for yourself.  May Ms.Thompson keep on writing!

In the meantime, when you see veterans offering poppies for donations, think of all the poppies "In Flanders Fields." 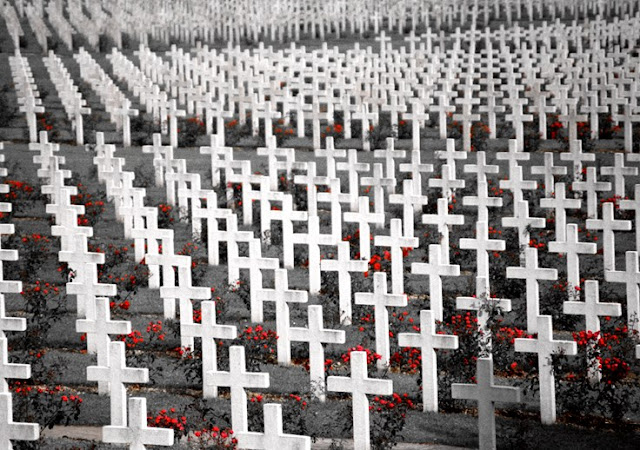