Fillmore - The Twelve Months - Keeping the Public in Public Domain

As we start 2015 "The Twelve Months" is a popular story anthologized frequently, but Parker Fillmore's version deserves to be the standard.  Even he says that the story comes from the collector, Nemcova, and that this "very beautiful" story and another, "Vitazko" -- in the same book, The Shoemaker's Apron; Czechoslovak Folk and Fairy Tales, -- "would be a profanation to 'edit' them."  A bit more about him appears after today's story.  Czech artist, Jan Matulka, did the illustrations. 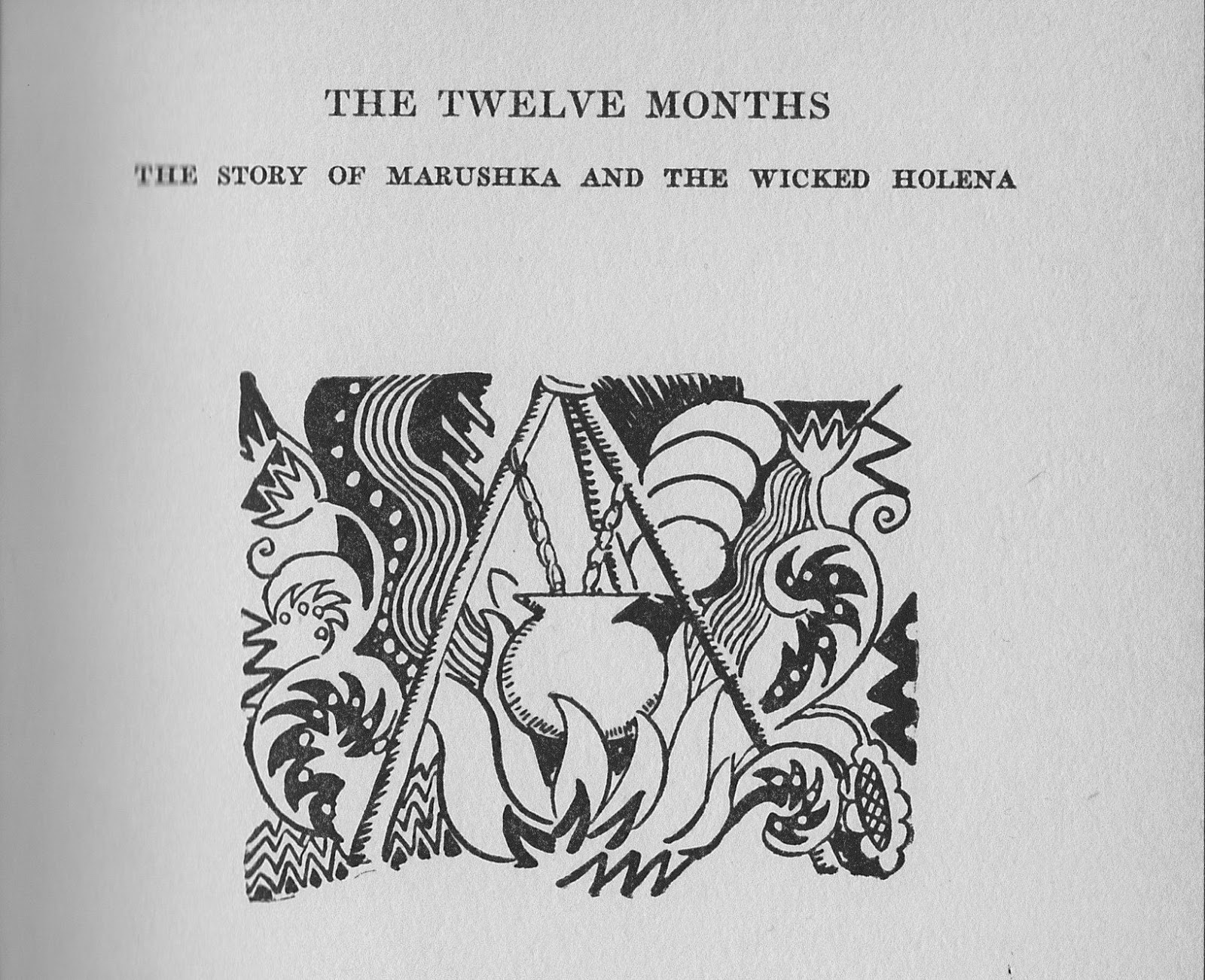 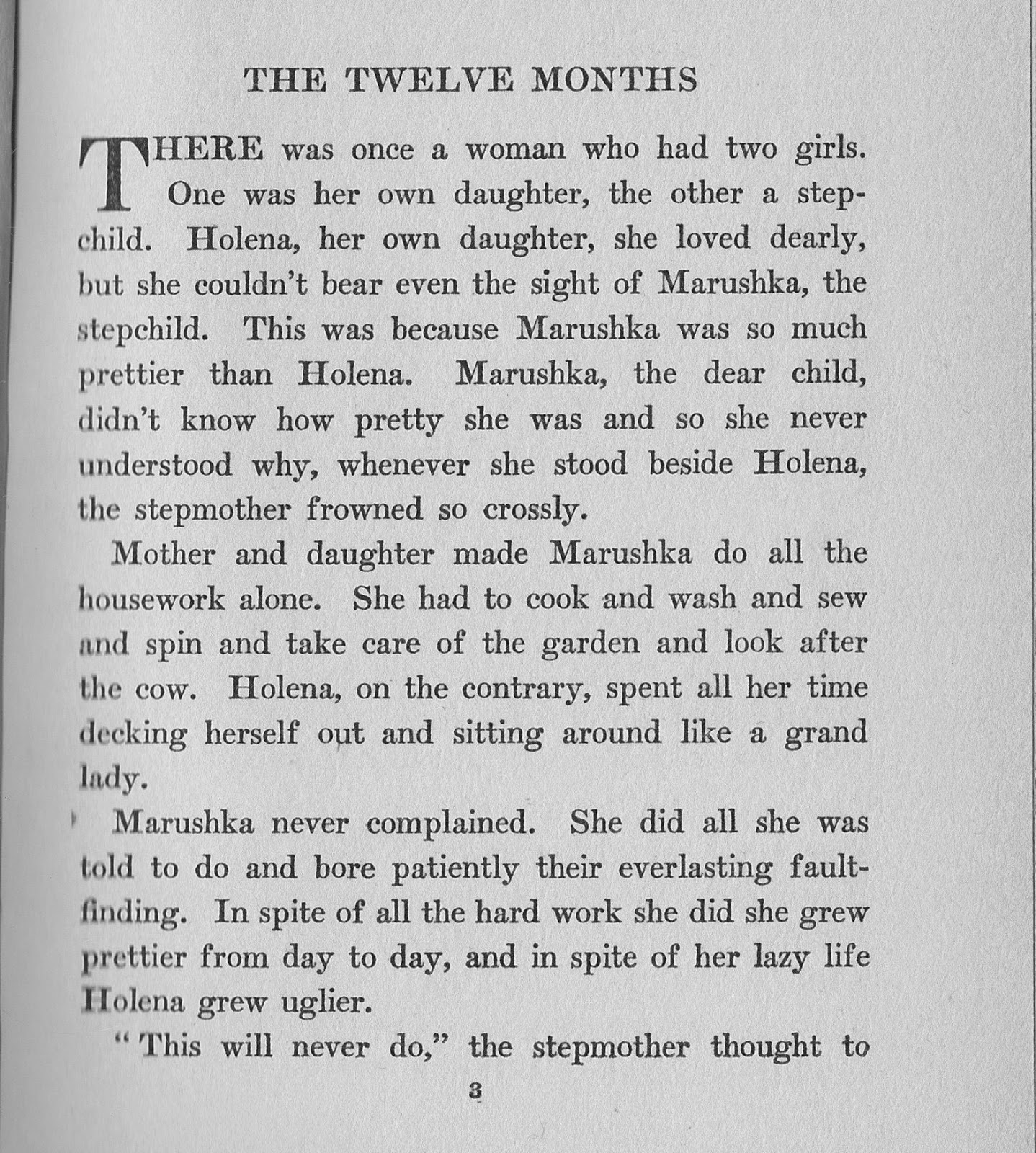 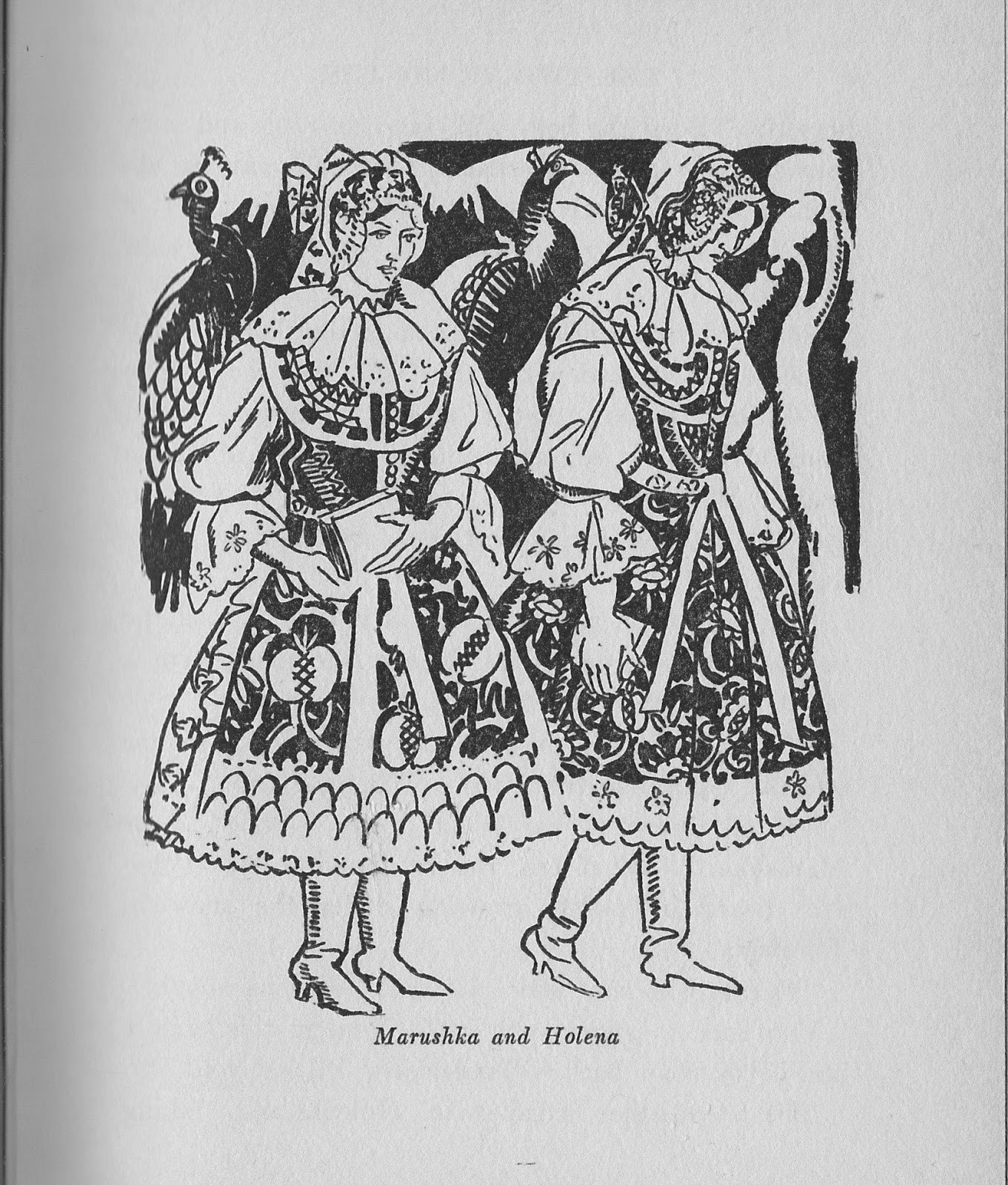 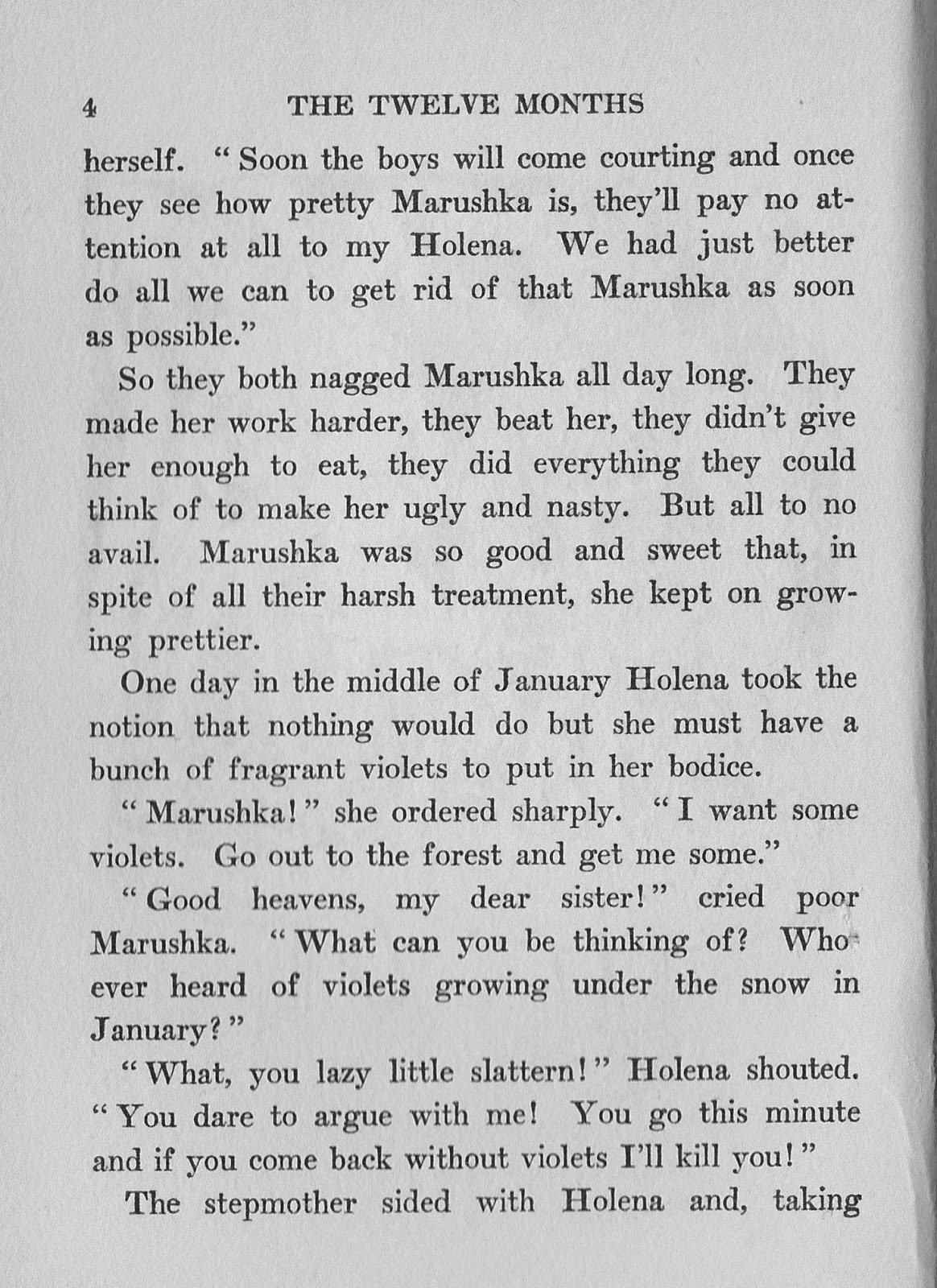 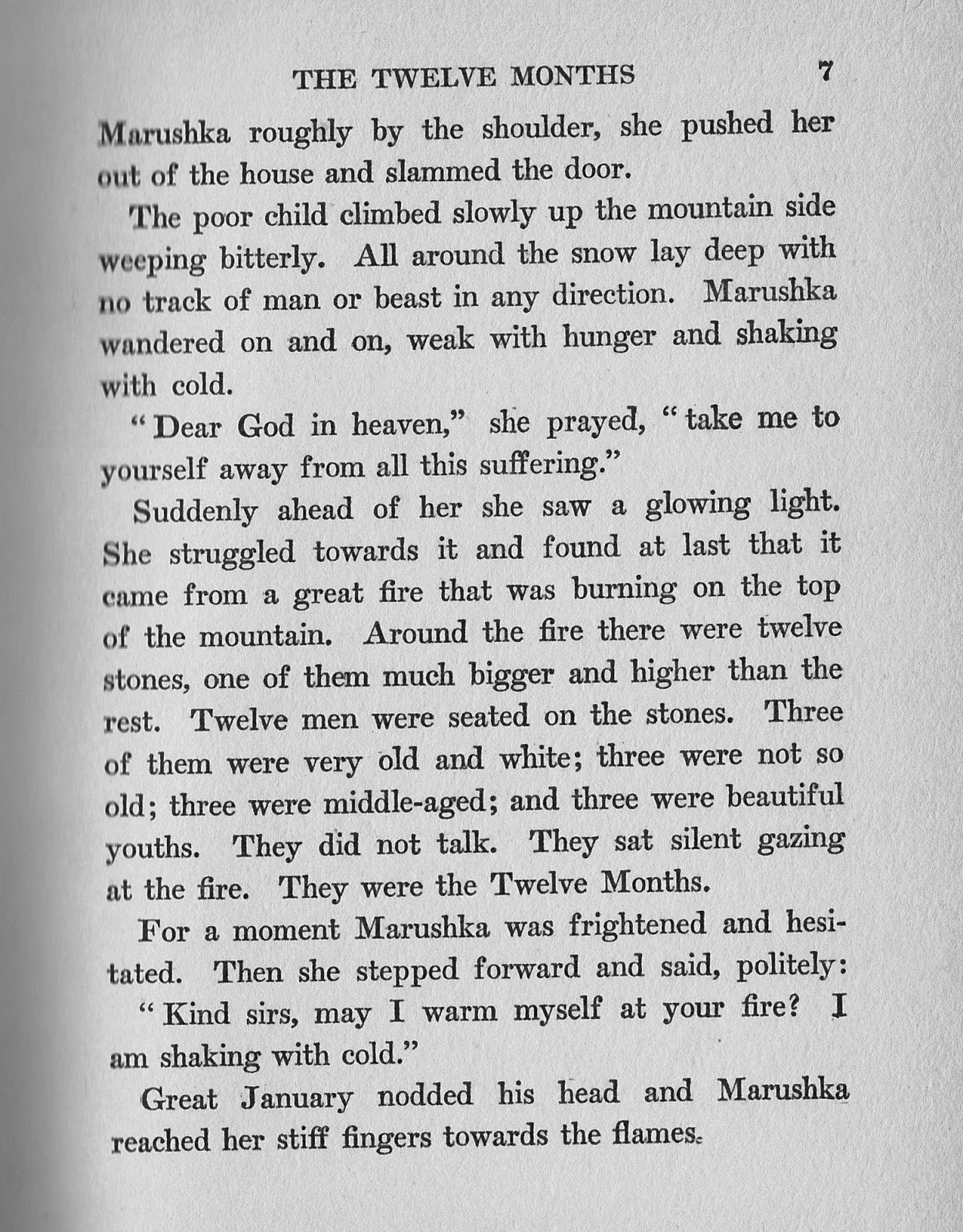 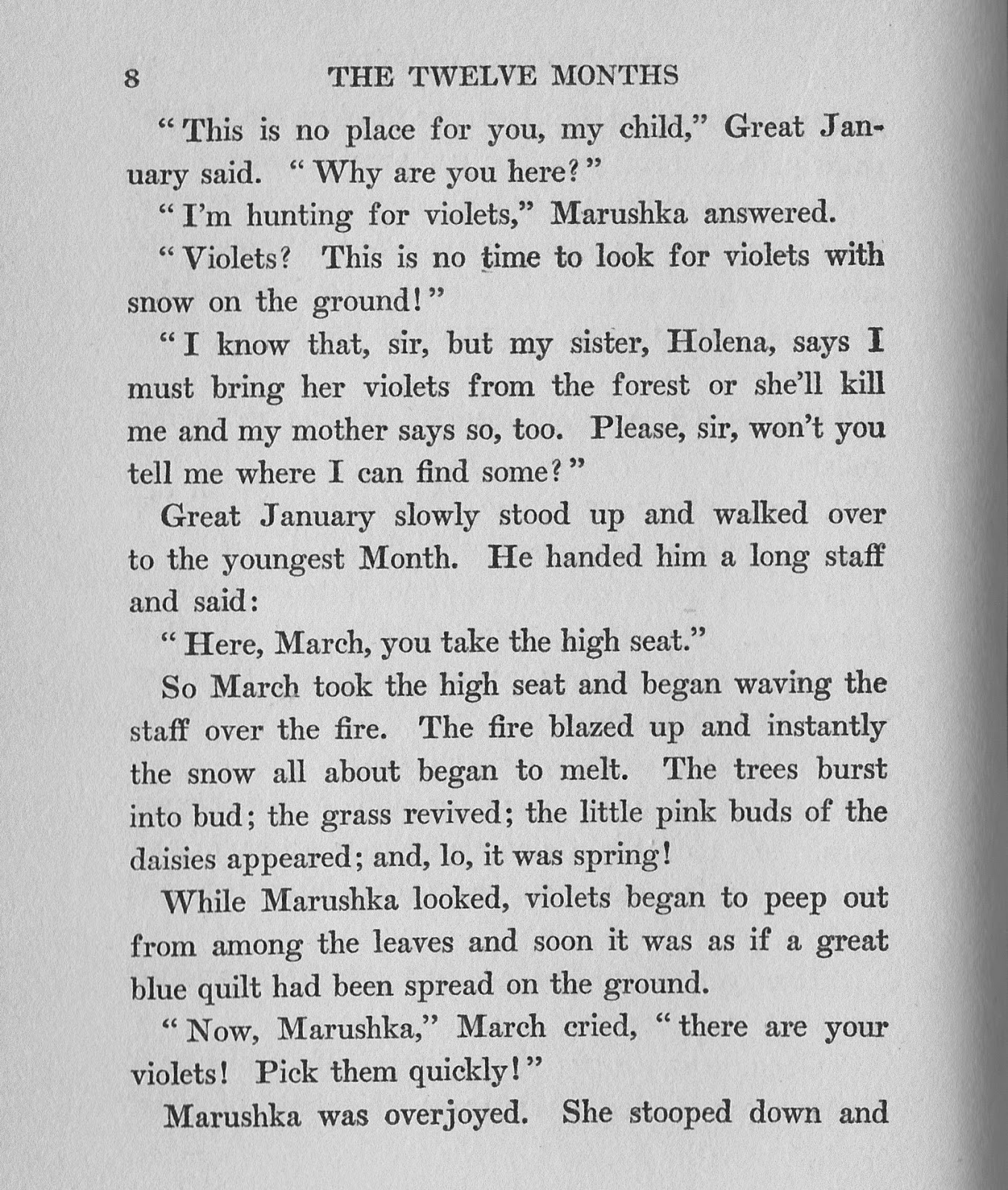 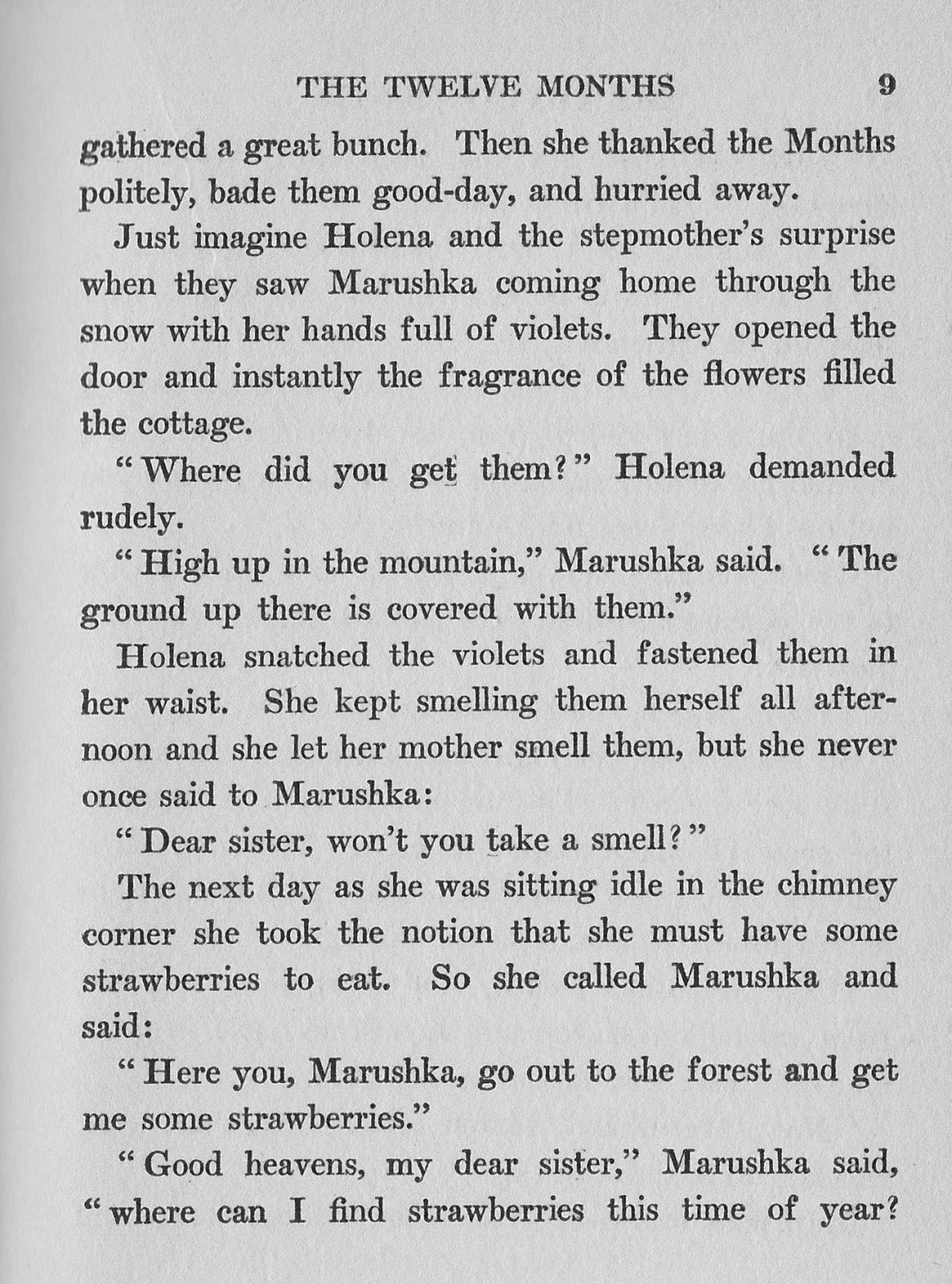 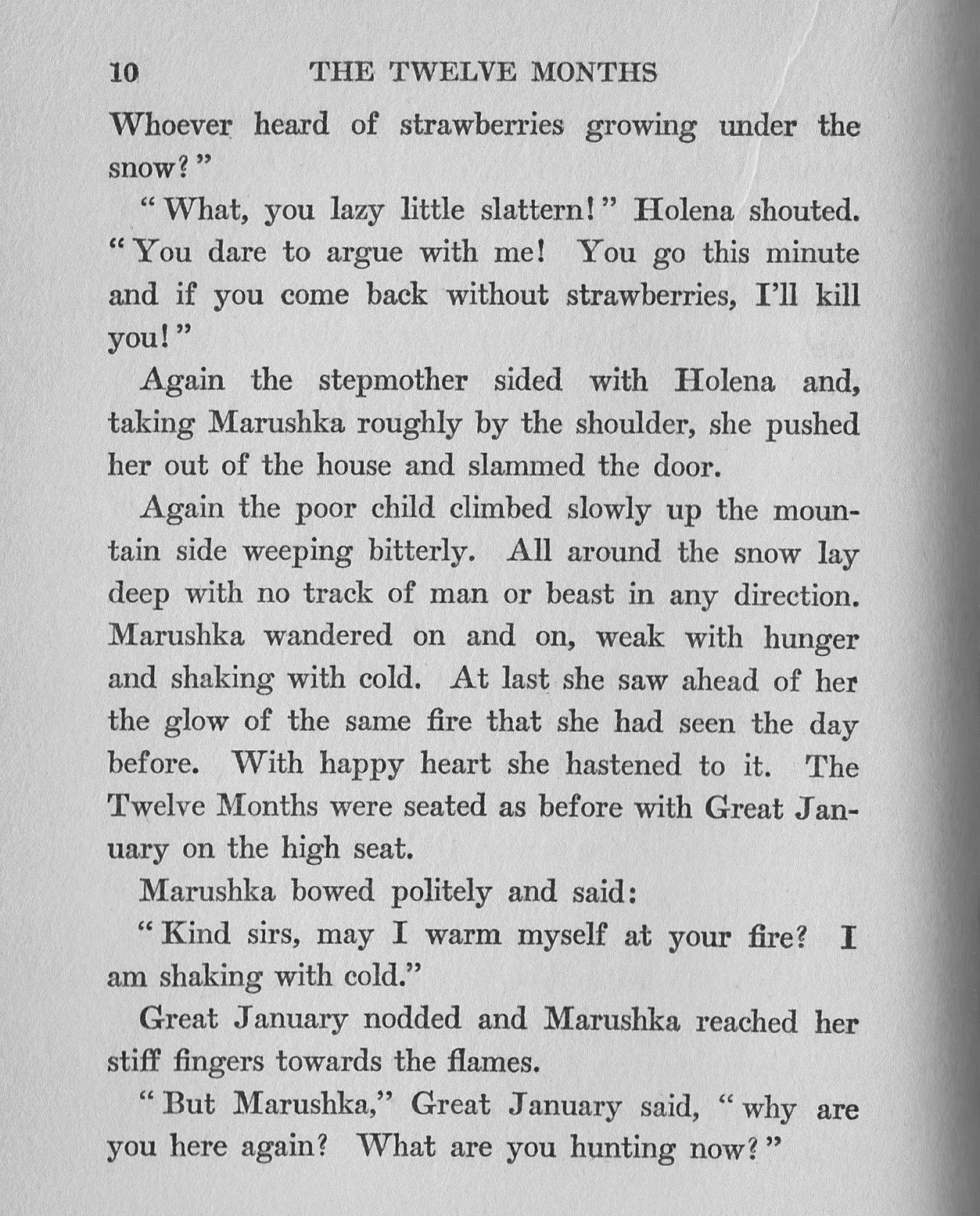 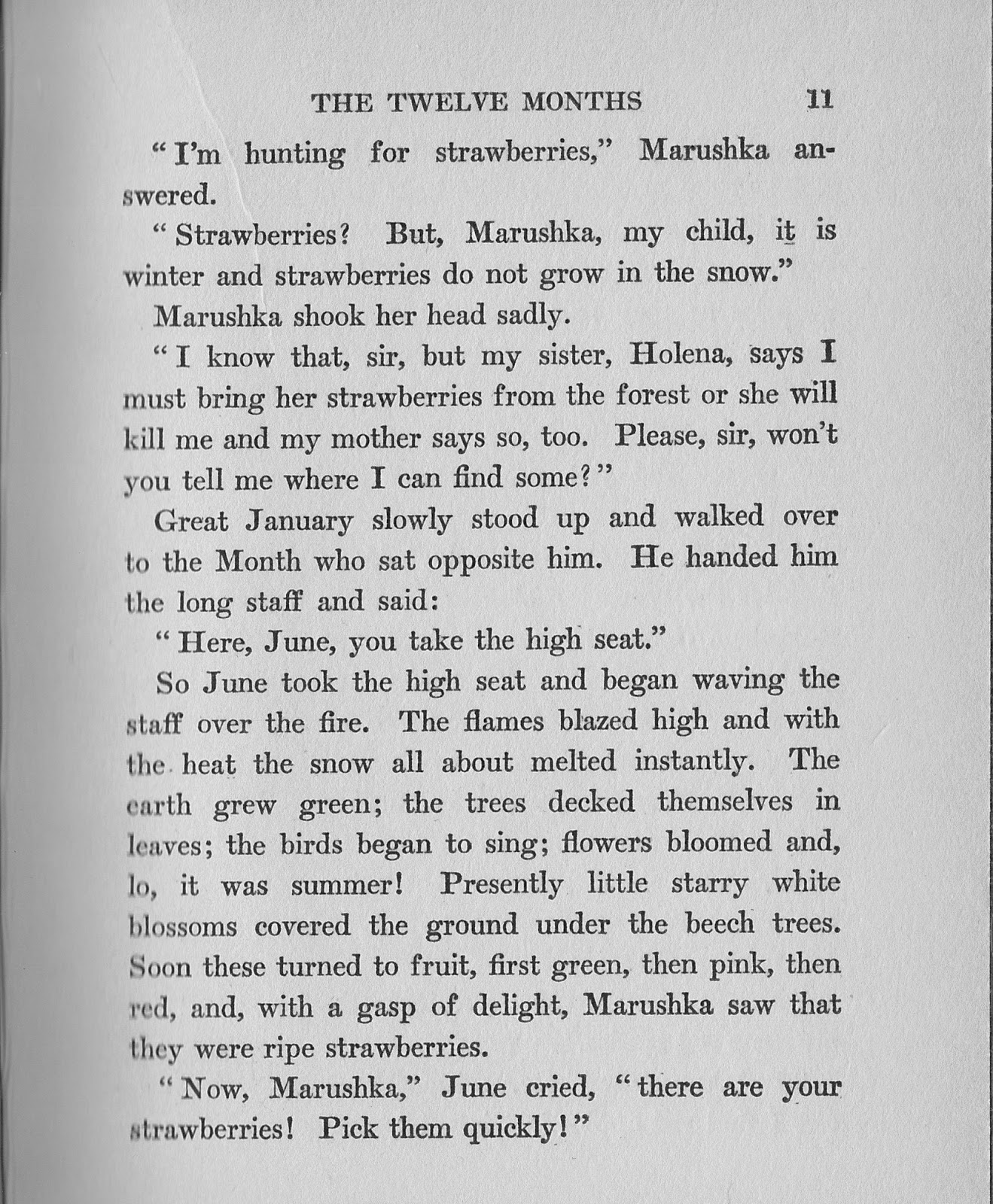 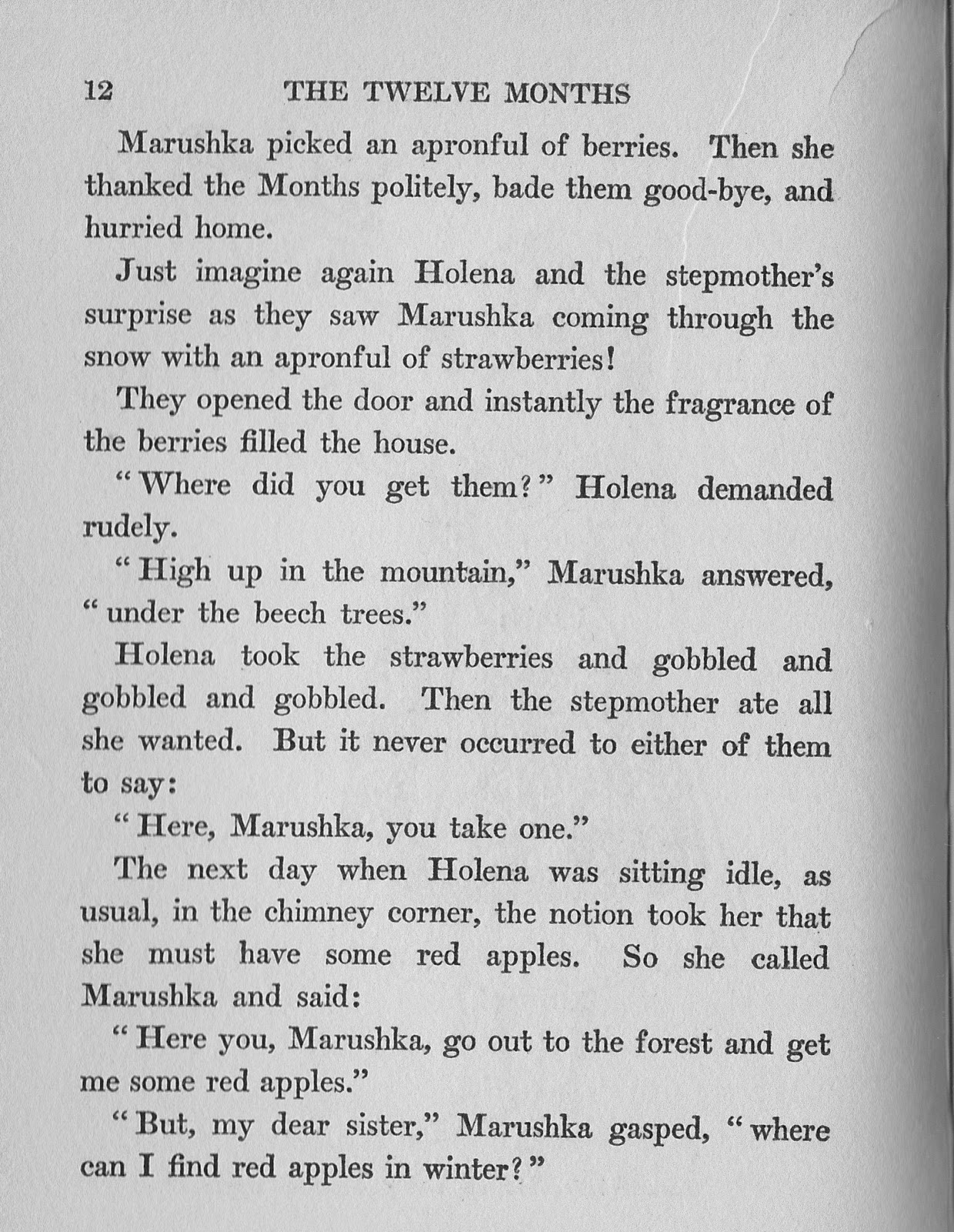 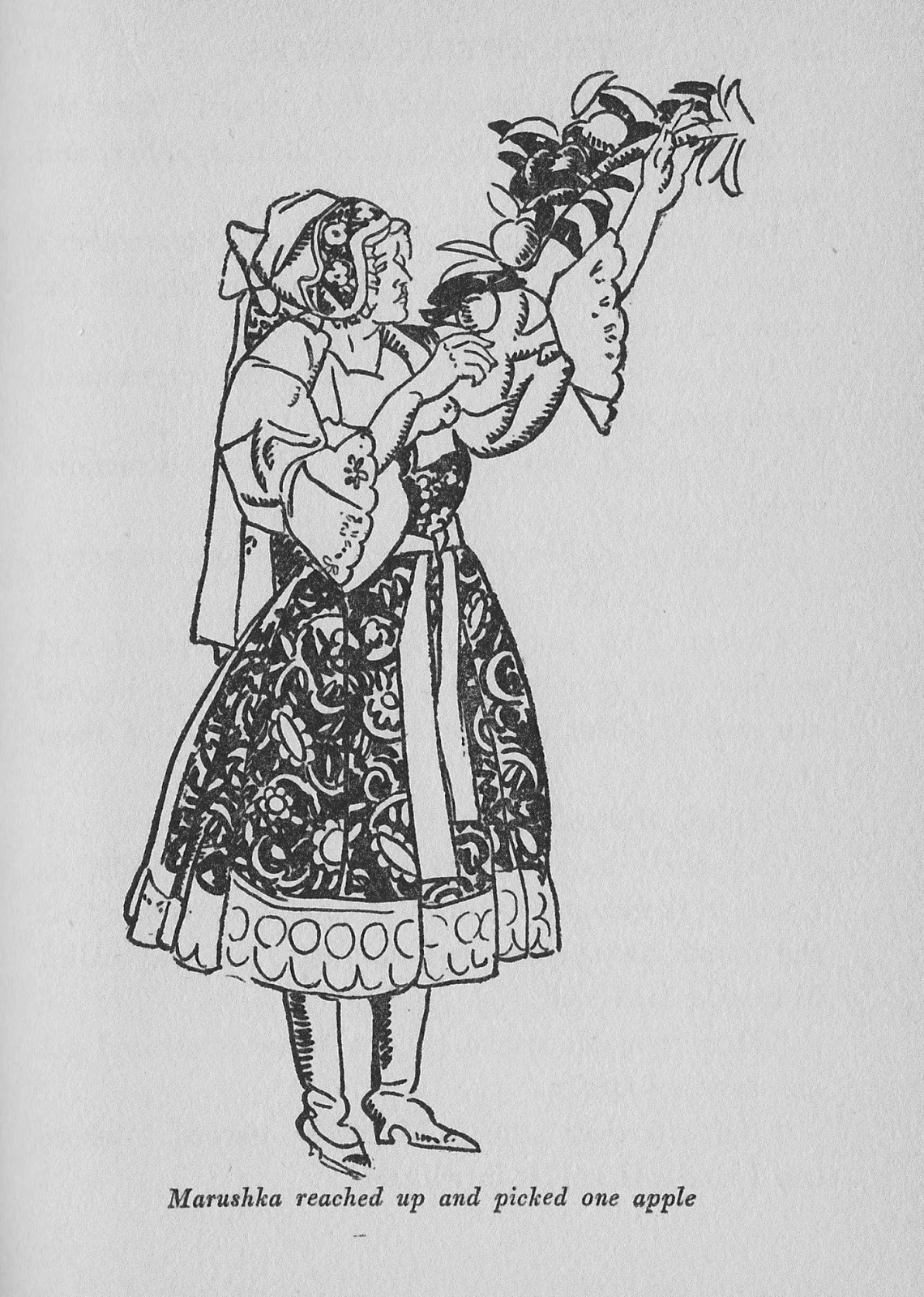 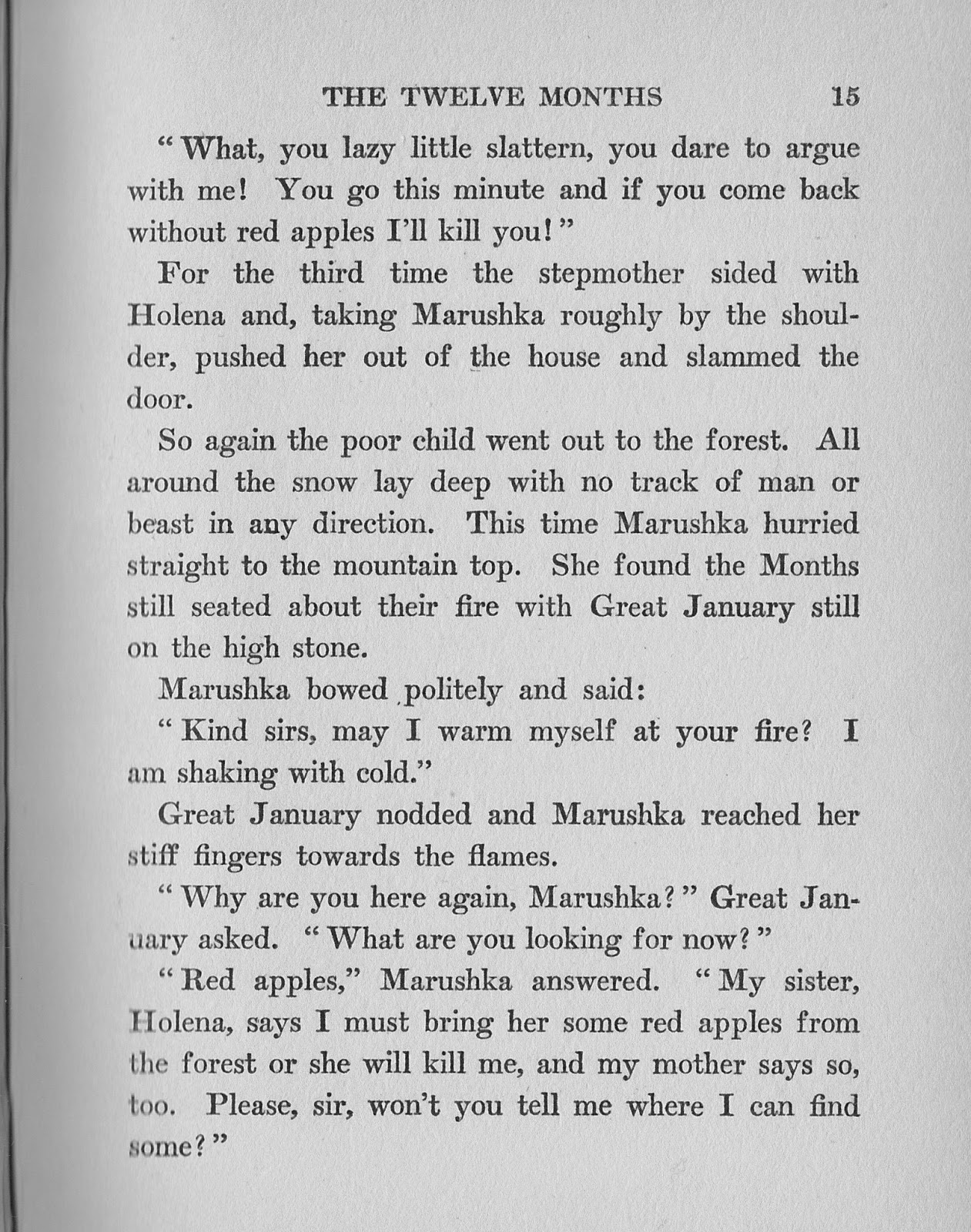 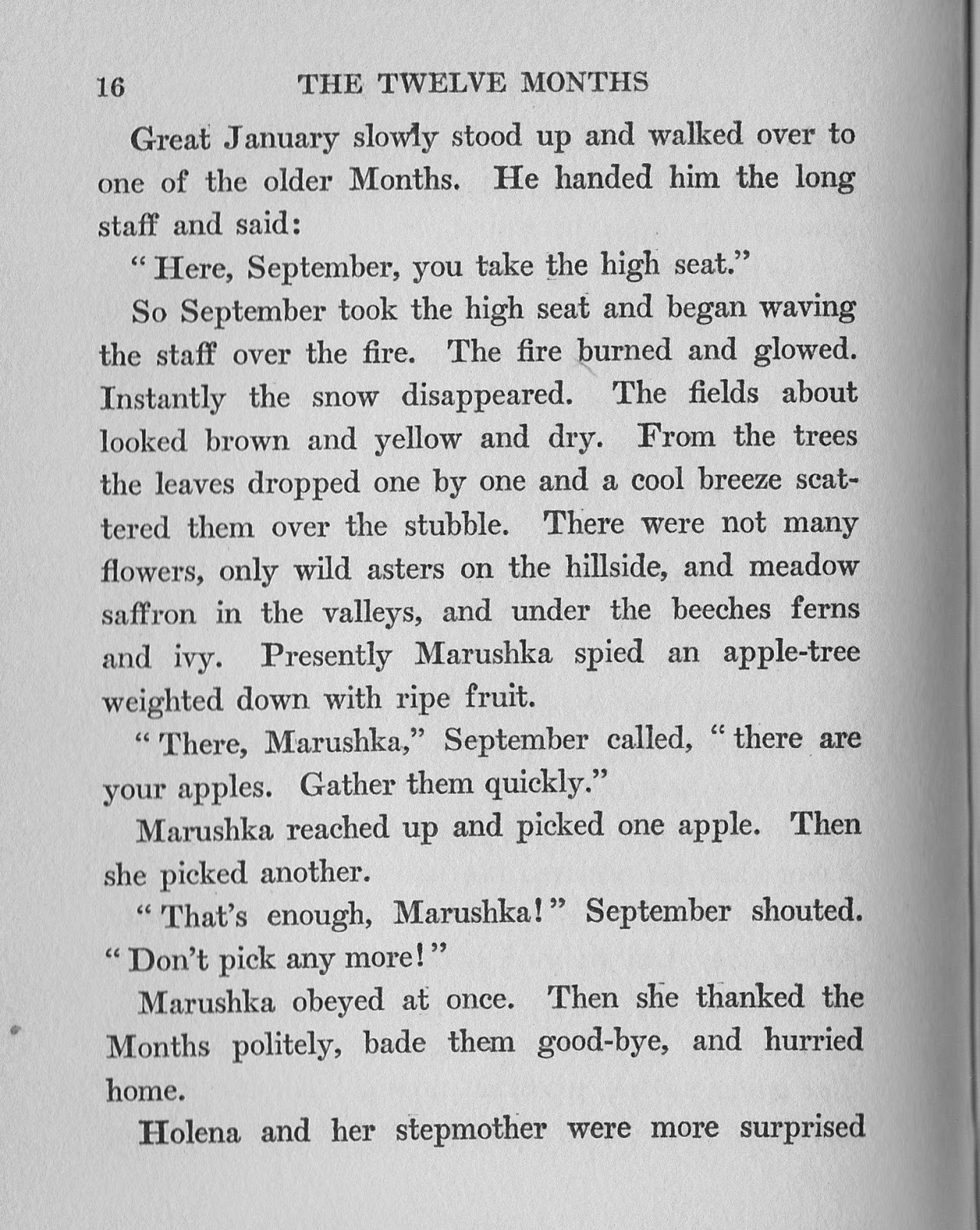 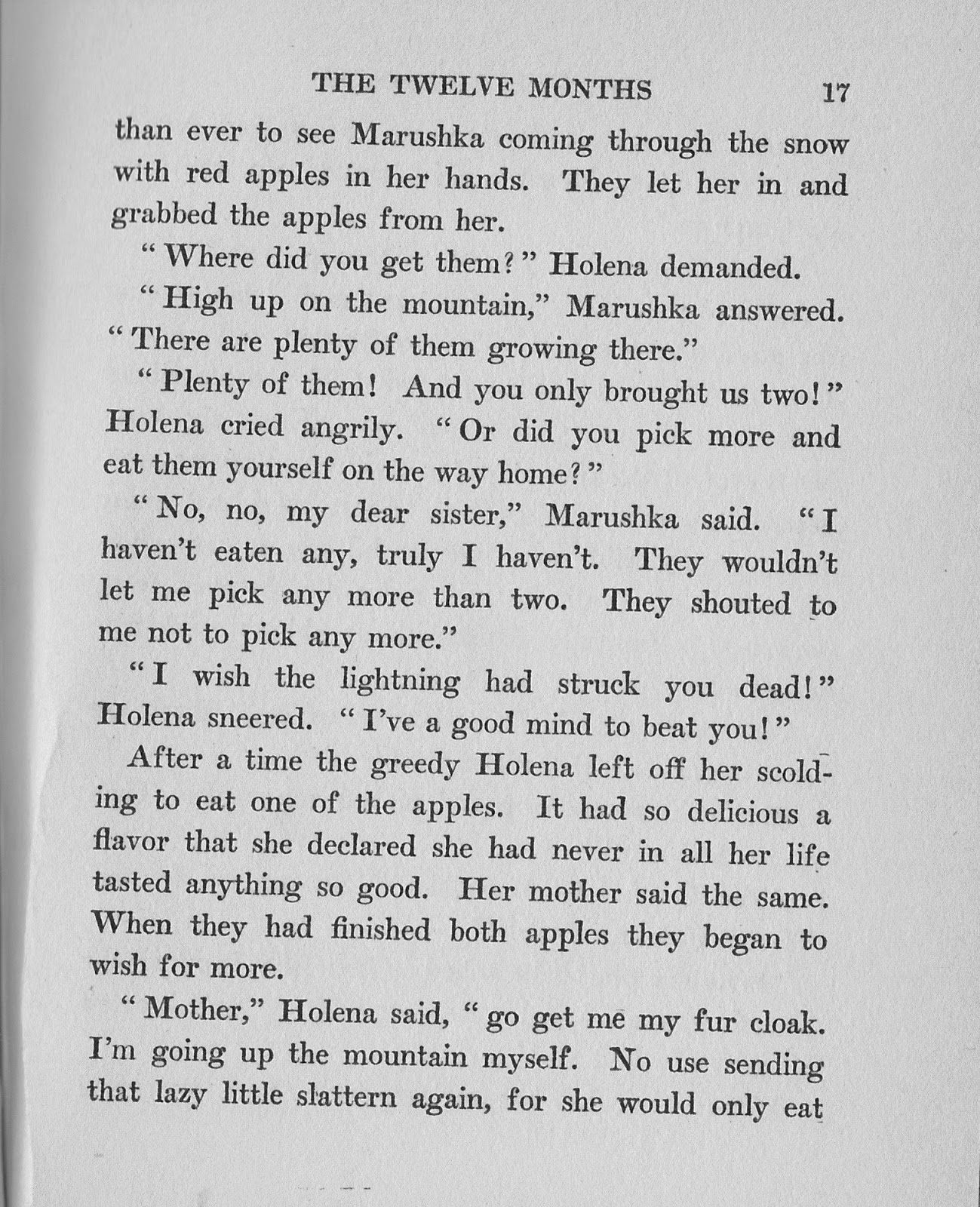 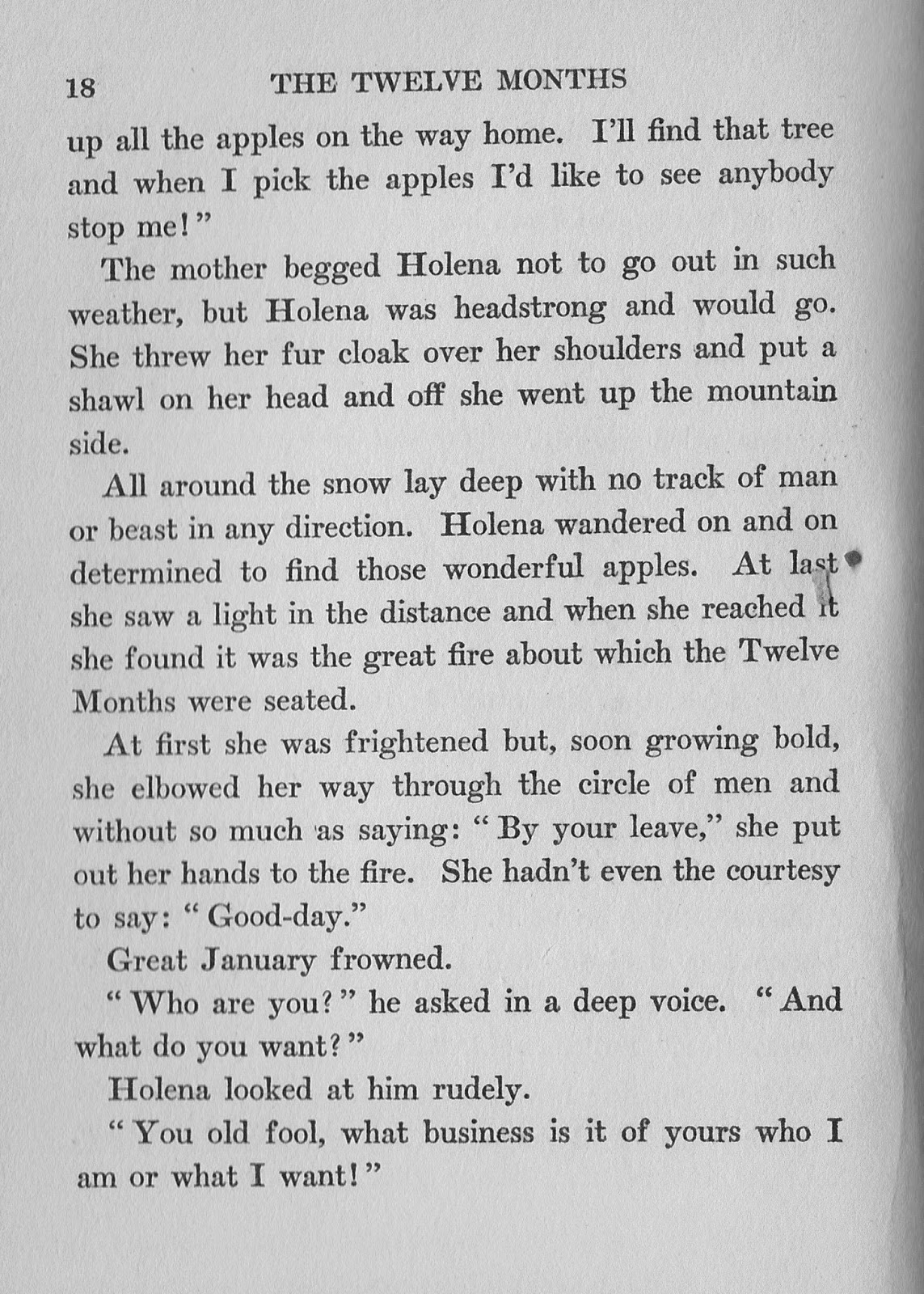 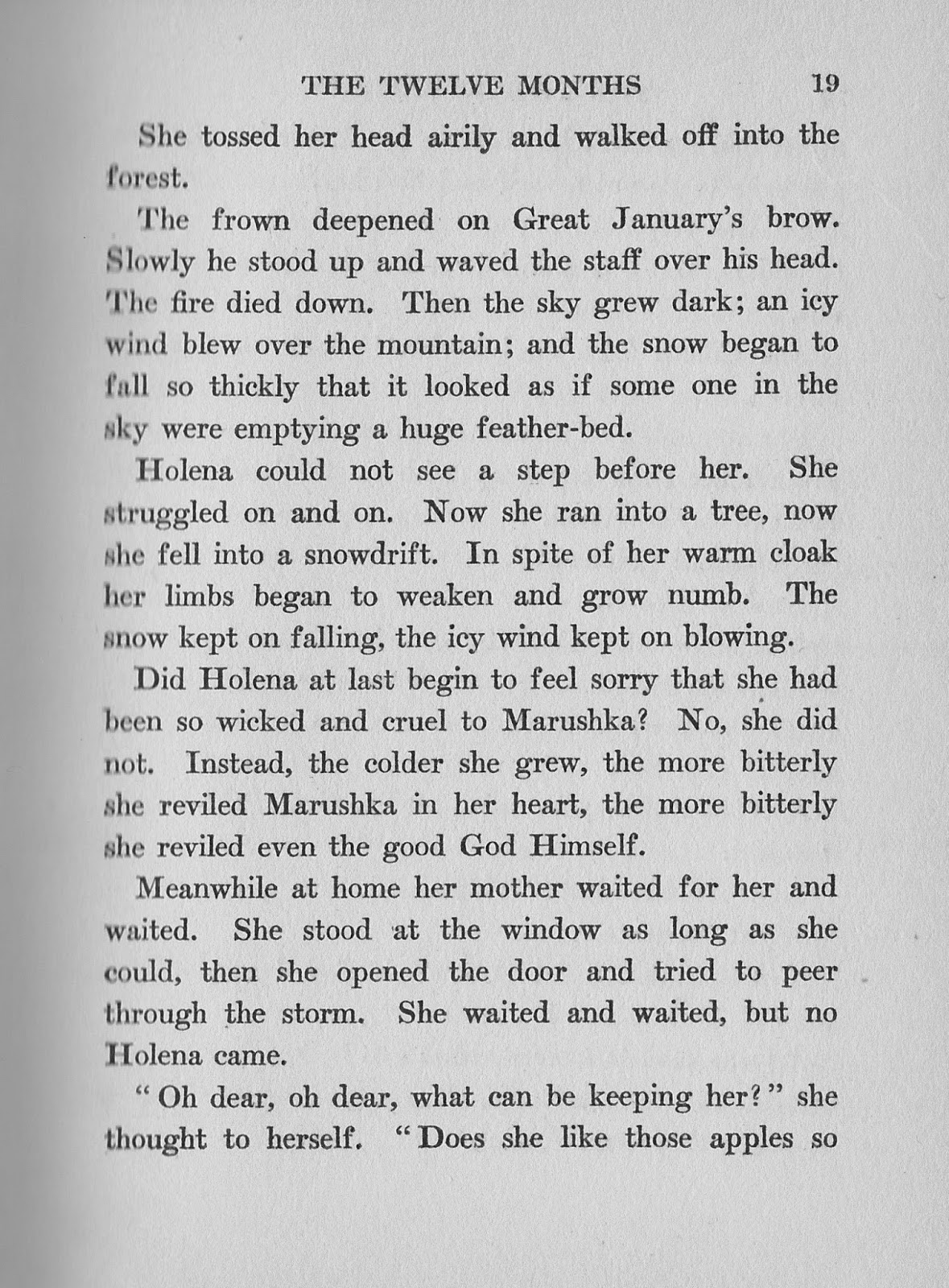 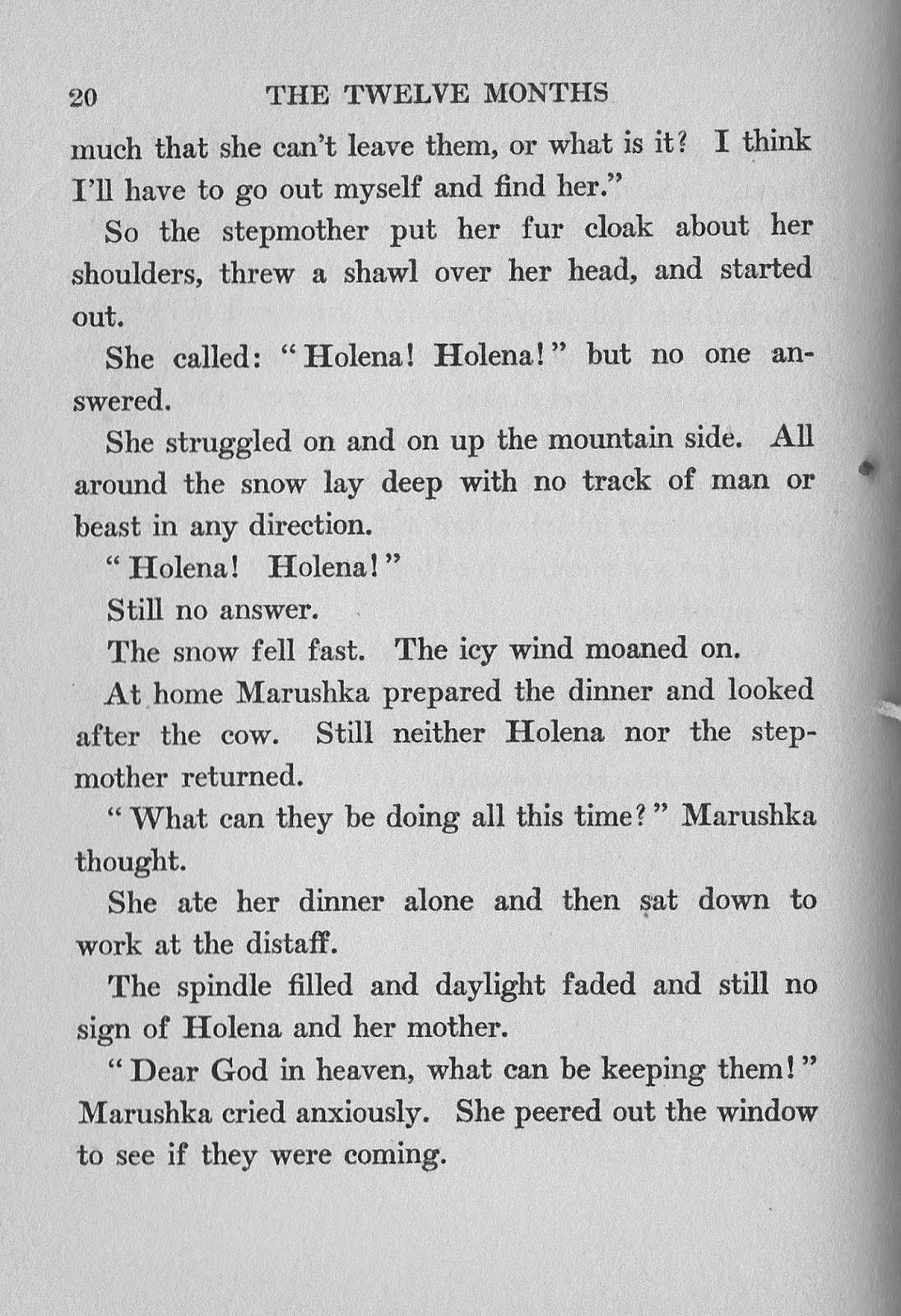 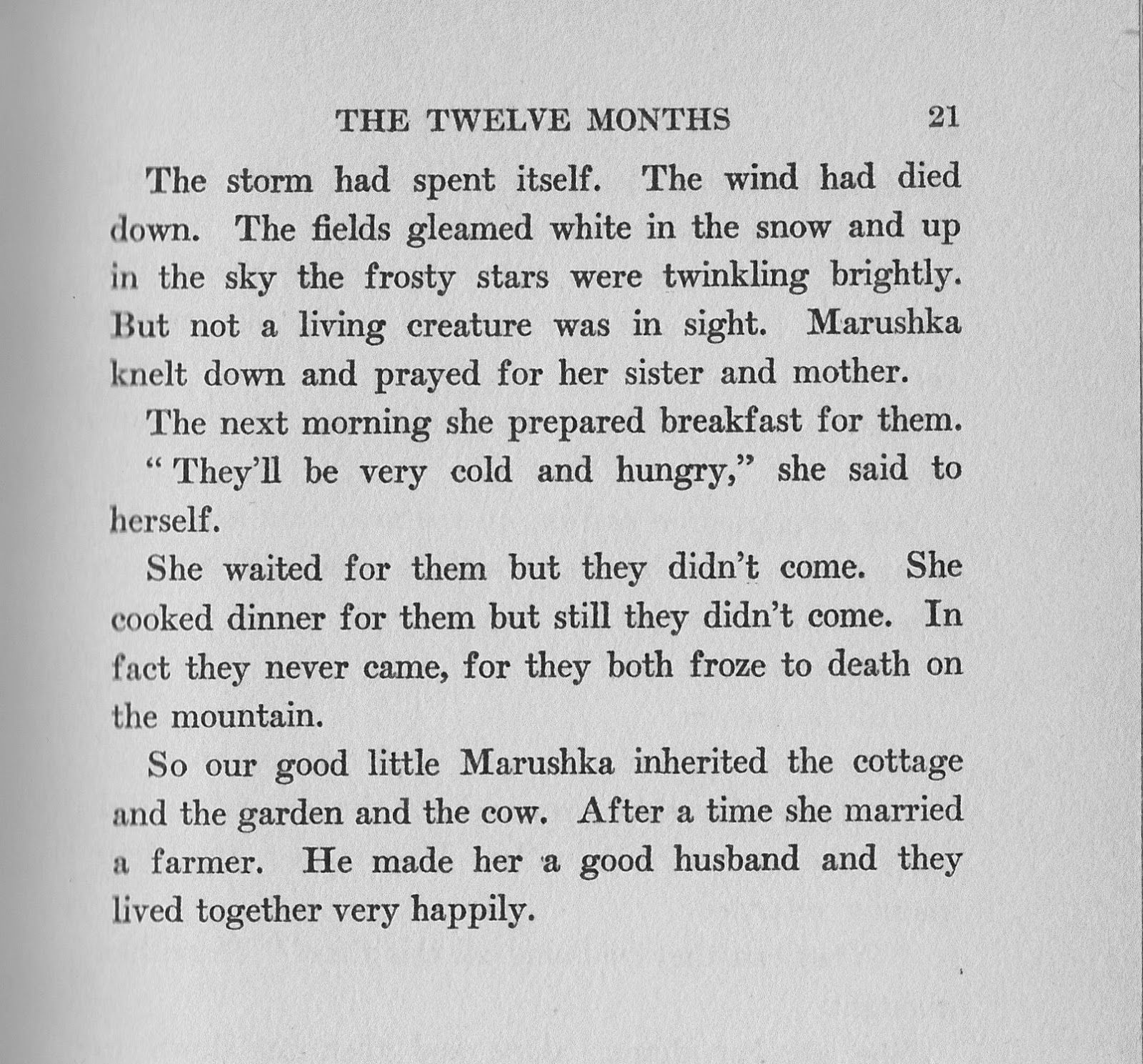 Fillmore's loving retellings of Czech, Moravian, and Slovak tales are available in several anthologies he put together.  He was recognized for going beyond academic translations, retelling as "an accomplished storyteller."
Fillmore's works online are most easily found through the Online Books page, where the sources are mainly divided between HathiTrust and Project Gutenberg.  Today's book is available at either, so take your choice in reading other stories, including "Vitazko the Victorious: The Story of a Hero Whose Mother Loved a Dragon."  "Vitazko" is not well known and is too long for me to post here, so I do so hope you hunt out this other story even Fillmore felt was told beautifully.  (That and I just love dragon stories!)

While Fillmore's works are well represented online, facts about him are not.  Brittanica's Kids Encyclopedia has an article you can read only after registration for a "free trial" requiring a credit card to learn more.  Their article begins:
(1878–1944). U.S. author Parker Hoysted Fillmore wrote books of folktales and  fairy tales for children drawn from the folklore of Central and Northern Europe.

Other than that, nothing appears, but I have online access to the H.W. Wilson reference series, Junior Book of Authors, however that doesn't give me permission to copy it.  The article by him in the original 1934 Junior Book of Authors tells of his going to the Philippines for 3 years to teach children right after graduating from his hometown University of Cincinnati.  He taught using only English, creating his own stories for instruction, and that led to his continued writing upon his return.  At first this was done while working for the W.H. Fillmore and Company banking firm.  By World War I he was living in a New York city Czech settlement and he became interested in Czech folklore, leading to the start of his various folklore anthologies, including a Finnish friend leading further to his Finnish tales.  His Yugoslavian material came after the JBofA article.  Some of his writing was original, but his folktales have endured as classics.
**********