This week most of North America has been encased in the iciest cold.  I'm just contrarian enough that I want to read stories from the Southern Hemisphere where heat is the topic instead.  My storytelling friends in Australia certainly qualify.  Years ago I spent a year researching the stories of the land they call Oz. Here in Michigan the following year it was the Summer Reading Program theme and I needed 8 programs for my own library's series.  There was more than enough to tell!  My storytelling and fascination with Oz has continued.

Along the way I found K. Langloh Parker's book, Australian Legendary Tales, and rejected her stories.  Why?  The Wikipedia article on her is the typical Wikipedia brief summary, but it also points out the problem with her work publishing aboriginal stories:


As their culture (aboriginal - LSK) was in decline, because of pressure by European settlers, her testimony is one of the best accounts we have of the beliefs and stories of the Aboriginal people of North-West New South Wales at that time. However, her accounts reflect European prejudices of the time, and so to modern ears her accounts contain a number of misconceptions and racist comments. 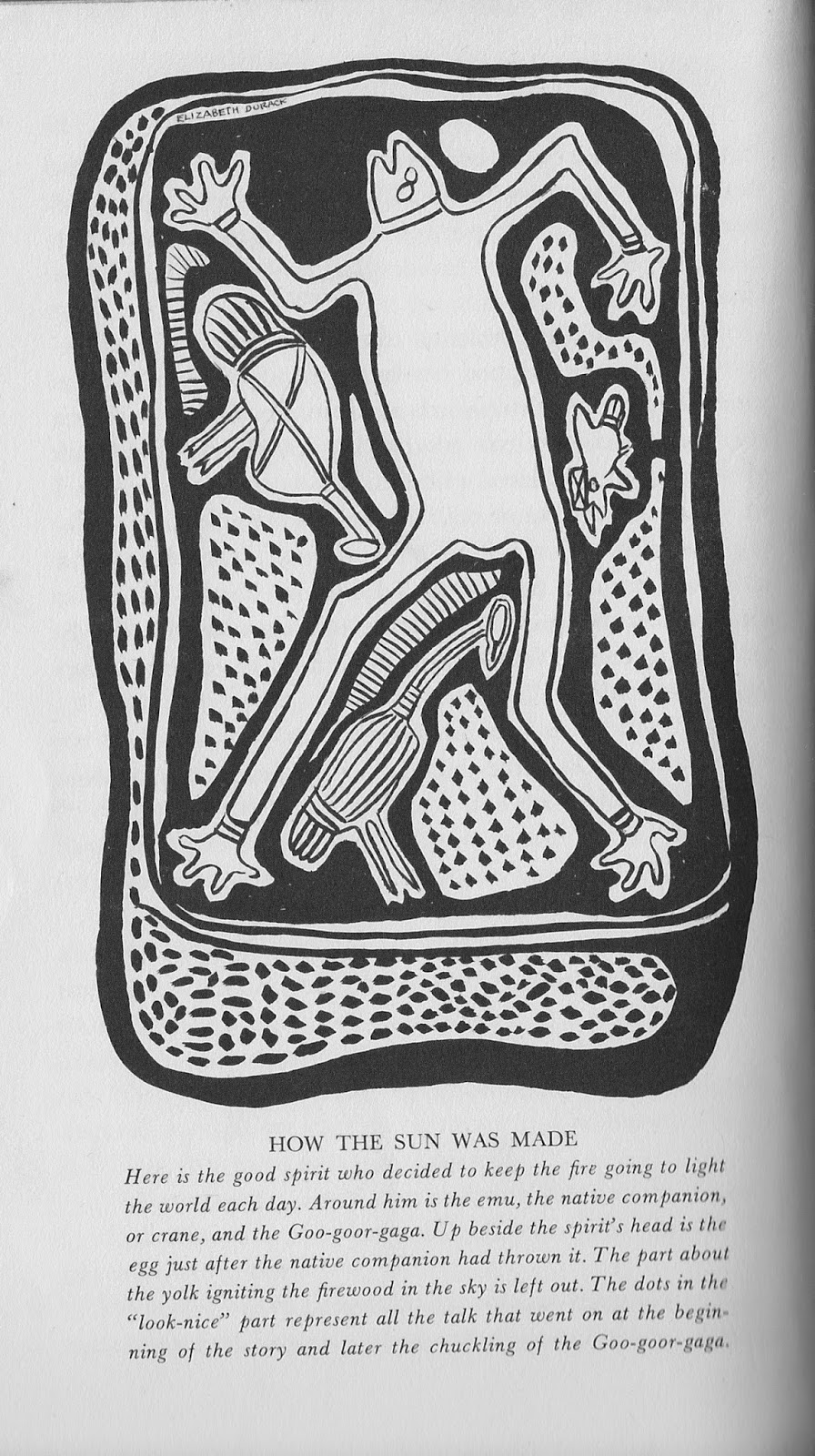 Because of this and also because of the complex aboriginal beliefs and background so foreign to my own background, I mainly told Aussie stories outside the aboriginal culture.  However a program series looking at Oz wanted more than just stories written by the European settlers and their descendants.  For aboriginal stories I used only books written by aboriginal authors.  There are several, but I especially recommend Sally Morgan and her book, The Flying Emu and Other Australian Stories.  She is definitely a teacher with stories of value beyond a mere glimpse of aboriginal culture and generously agreed to let me use those stories in oral storytelling.  The topic of aboriginal culture is a deep well, with way more than I can hope to adequately present.  To take a brief "dip" in that well, you might start with this Wikipedia article on the Dreamtime.

So why am I offering this story by Parker?  I think she is definitely a product of her own culture, but she also is a product of her upbringing and later research into aboriginal stories.  To understand why I say this, you might read this very detailed website on The Life and Times of an Australian Collector (you may want to jump down to her own birth in 1856 [section 12] or to section 21 where her interest in aboriginal culture starts to be covered).  For a "mid-sized" article, the Australian Dictionary of Biography is a quick read and shows Parker's efforts at fairly recording the stories.

Before the story, a few Aussie words might need explaining to readers unfamiliar with them.  When talking about Parker's family "squatting", here in the U.S. it would be "homesteading"; a "station" could be compared to our ranches; within the story a "Goo-goor-gaga" is the Kookaburra bird and the name gives an interesting description of its cry -- along with a caution for using it.  I'm uncertain if the "good spirit" mentioned is Baiame, which she is credited with showing pre-dated European missionaries.  I don't know.  Let the story speak to you and be warmed by it even though it may need a bit of understanding and research about "Katie" Parker Stow. 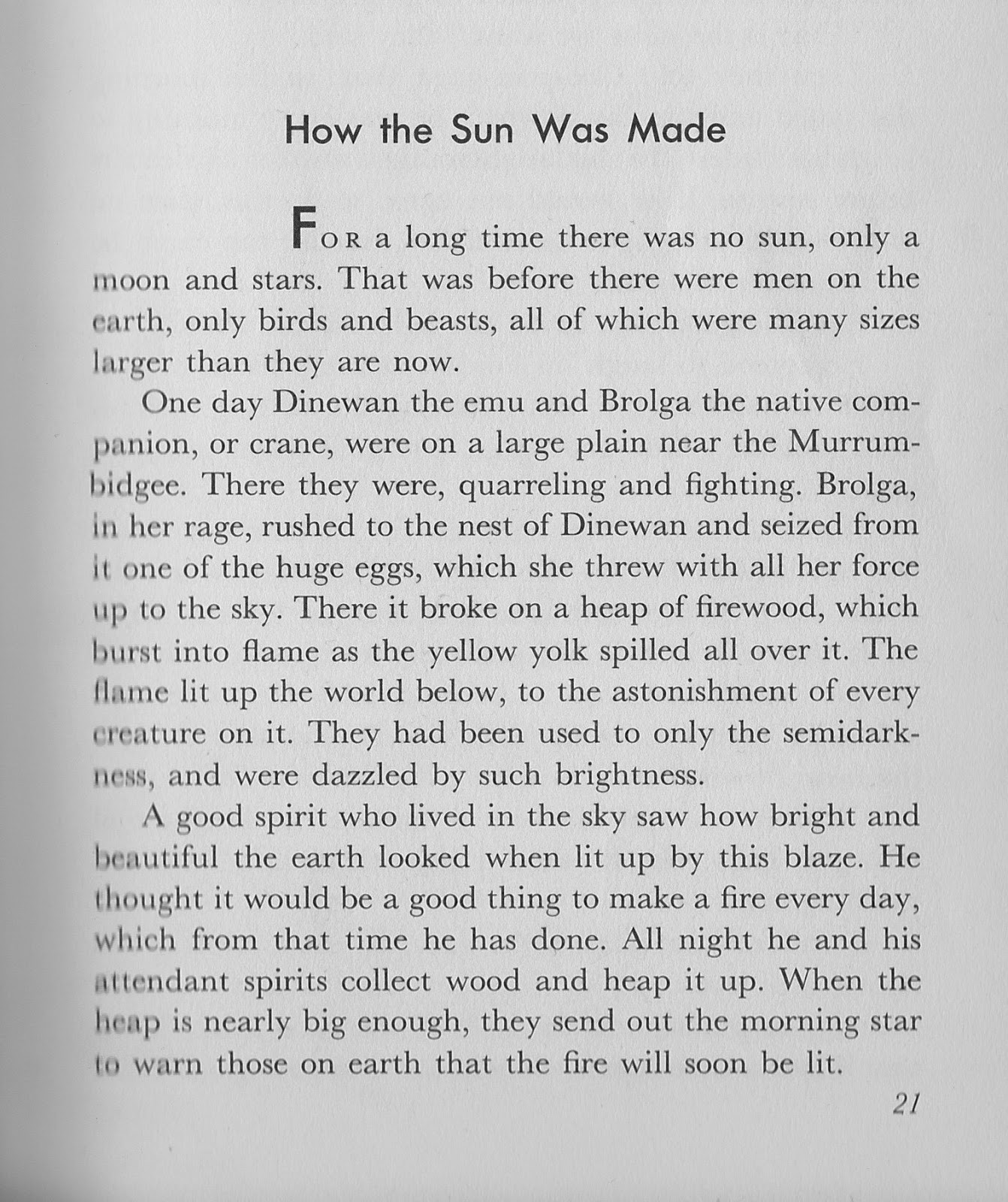 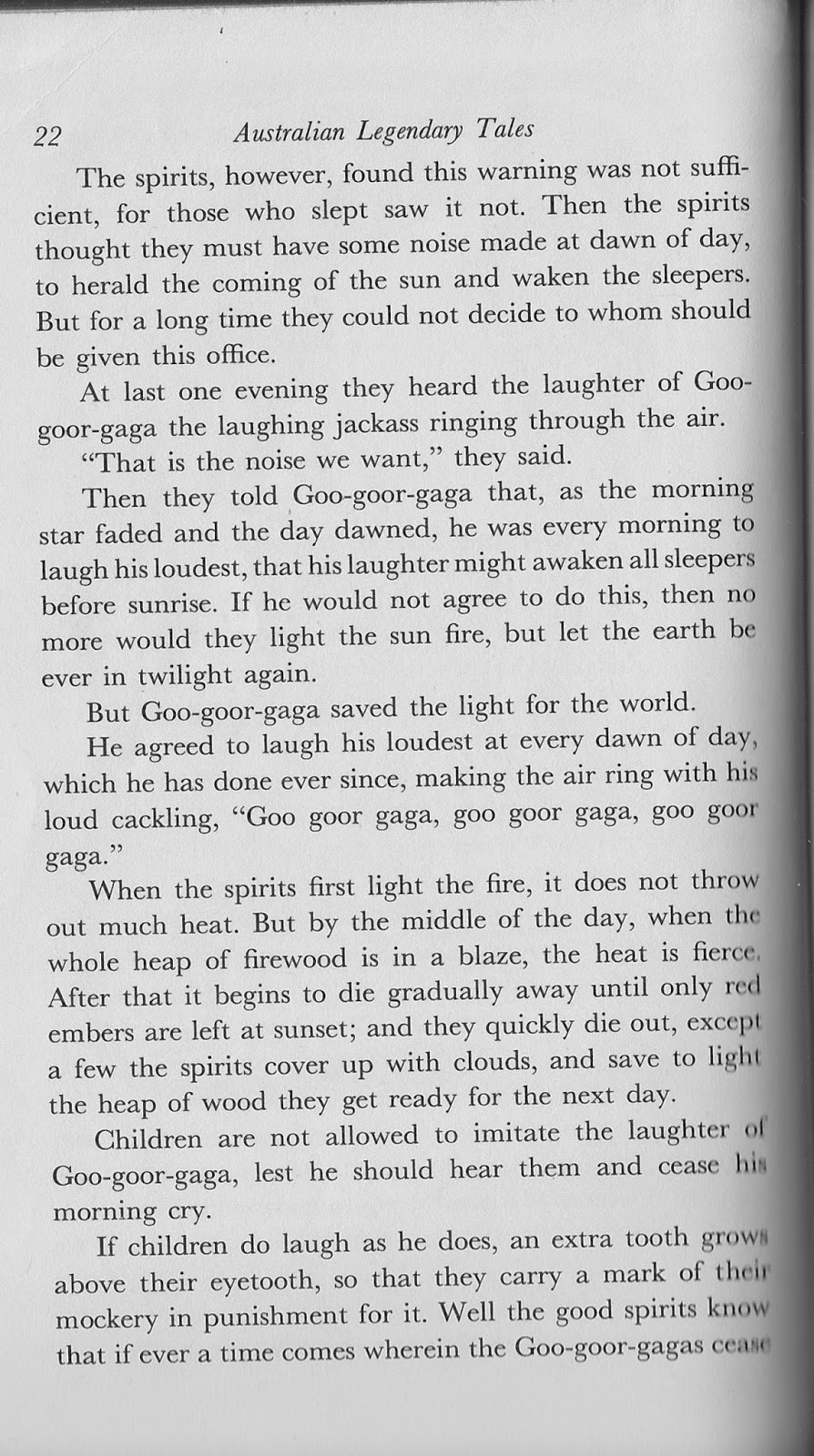 
There are many online resources for Public Domain stories, none for folklore is as ambitious as fellow storyteller, Yoel Perez's database, Yashpeh, the International Folktales Collection.  I recommended it earlier and want to continue to do so.  Have fun discovering even more stories!
Posted by Lois Sprengnether Keel at 1:00 AM