Thank heavens for computer keyboards.  With a little bit of persistence I can tap out messages even with a cast on my dominant hand.  How did that happen everybody asks.  Years ago I chopped off the tip of my other hand -- the same hand which had earlier been in a cast for a broken wrist.  Fortunately there was just enough to reattach the thumb tip, but again everybody asked "How did that happen?"  Friends suggested all manner of answers.  This time my Ob/Gyn doctor gave a doozie of a story.

Dr. Zaidan said I should say I was at Target when a terrorist tried to take over.  I sized up the situation and did a Tom Cruise, Mission Impossible-style somersault, ending in a kick to the terrorist, knocking him senseless and tossing the gun out of his hand.  Police arrived and were stunned to learn I'd ended the hostage situation and only had a broken wrist for damages.  Thank you, Dr. Z! 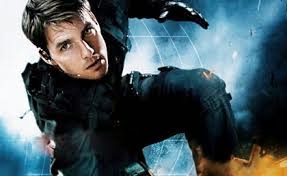 I'd been saying I did a Triple Klutz . . . which I could have expanded into a late in life attempt to join the U.S. Olympic skating team.  Yeahrightsure.

What really happened was fairly boring.  Missed the step coming down off a ladder and had a limited space to land.

What really worried me was what would I do if I am still in a cast when my next Liberetta Lerich Green program is scheduled?  Liberetta grew up on an Underground Railroad Station here in Michigan (as well as having brothers in the Fighting Fifth Infantry during the Civil War), so February is often a month when I tell about the Underground Railroad from the stationmaster's point of view.  Asked my doctor what casts looked like 100 years ago since that's usually the timeframe in which I present her.  By that time she was the widow of Addison Green, who raised horses.  It would be easy to make a papier mache "cast" to fit over my more modern cast and say I was kicked by a horse.  Did it happen?  Not that I know, but it is true to her life and lets me get back to telling history as she viewed it.

All this got me thinking about the times when I offer workshops on story creation.  I'm not a big fan of personal stories.  I prefer either historical material or traditional folklore that has stood the test of time.  Is that all I tell?  Dunberidiculous!  I love to say I tell lies for fun and profit.  Part of that includes Tall Tales.  It's great to take a story and start out believably, gradually stretching it into wilder and wilder extremes.  Dr. Z. is a natural.

Story starters are how I like to get a workshop thinking in stories.  Right now I'm exhausted trying to type all of this, so I'll use a favorite technique of storytellers . . . Suspense!  For some story starting ideas for you without even attending a workshop, look next week as I have a few that should really get you telling.

While prowling images of Tom Cruise I found a great image of him in Total Recall where his picture is dissolving.  The picture is copy protected, but what was really great and leads into next week is the question it asked . . . 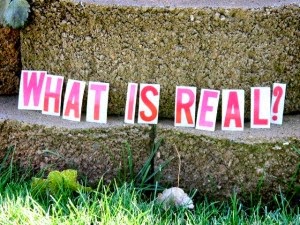