Anonymous? Stories about Bose the St. Bernard - Keeping the Public in Public Domain

I'm becoming incredibly grumpy about the number of times I must find a way to discuss something online without being sued!  Yesterday was a National Day celebrating an animal I consider part of my family.  I can't name what kind of animal that is within the title of National ___ Day unless I want to pay the dot com running that day the equivalent of a storytelling program!
The missing word is the mirror image of the word "GOD" and that look in the mirror fits my mood right now.

I appreciate this group wants to see adoptions, both specific breeds and mixed breeds, they want to stop bans of specific breeds, and they are suggesting donations to shelters and rescue groups.  I have dealt with various rescue groups and especially supported K9 Stray Rescue League who have been wonderful, but I would prefer to donate my services to that specific group or another local group than be told by a national entity that I must become an offiffiffic'al partner if I want to name their holiday.  The funny thing is they will consider letting something be free IF the request comes from a big enough non-profit with sufficient followers of their social media. 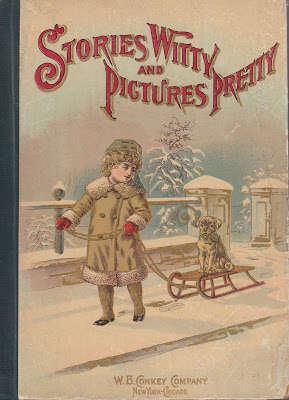 Today's some stories first appealed to me as possible stories to tell at a Rescue event.  Stories Witty and Pictures Pretty, is one of those anonymously produced 19th century children's books I would normally reject.  I try to sample a book of stories before buying it.  Today's book, has some tales in it about a St. Bernard named Bose that captured me right away.  Bose, too, like my own "malamutt" had to adapt to a new human.  The stories were in the reverse order of the way I'm presenting them as I prefer to give them chronologically.  Possibly the publisher, W.B. Conkey Company, of New York and Chicago was correct, as right away I could think of  similar incidents that matched the final episode with Bose and his canine friend, Sam.  It would be too easy to dismiss as being from another era and possibly sentimental.  It's not.  It and the other stories are good examples of why so many people can't help but love dogs.  When I mention the word "dog" beyond the mirror image of "God", I'm also convinced dogs are His best creation.  They certainly surpass humans in many ways.  Today's stories give a good taste of why I say that. 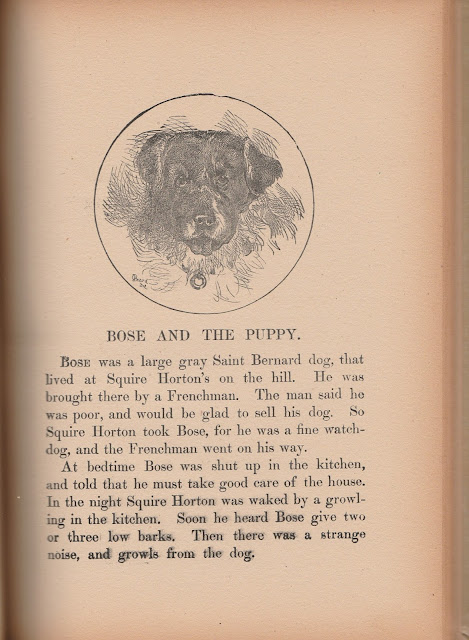 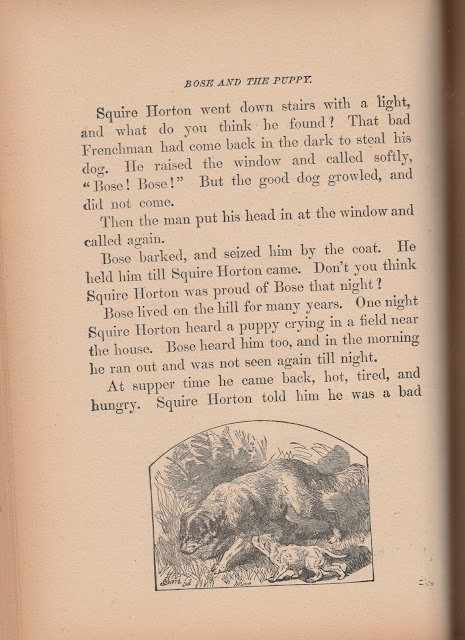 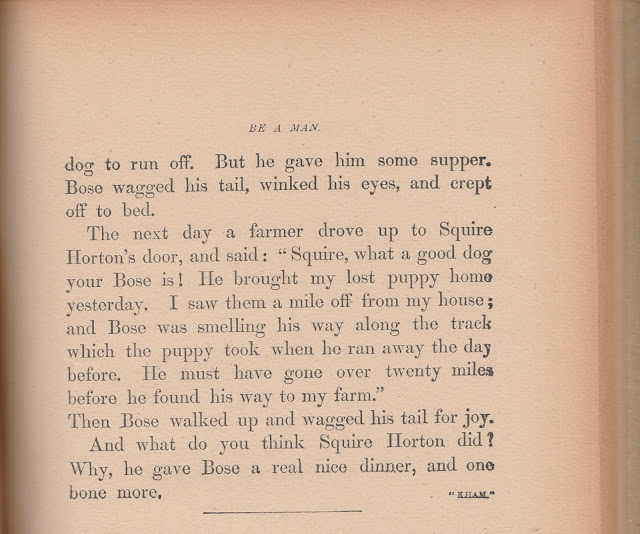 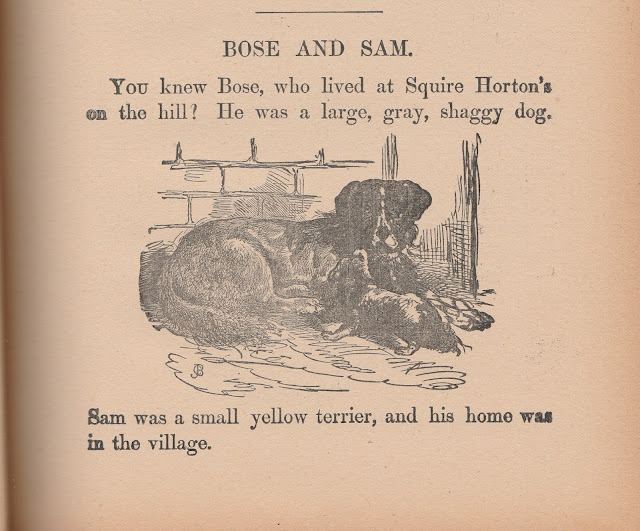 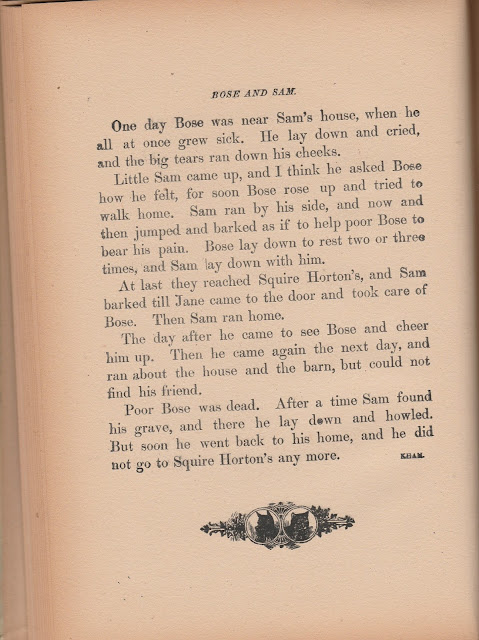 For those of us who love our pets as family members, when a pet dies I also recommend the story of The Rainbow Bridge which has grown since 1997 to become an online support site.

While we're looking online, I also went looking about that part where Bose cried actual tears.  If you want to know more go to http://peanutpaws.com/can-dogs-cry/ which also is part of a site which is a good resource for dog owners and people thinking about getting a dog.

My apologies for the way a story sometimes isn't squared perfectly.  My scanner is across the room and so I must dash back and forth between it and my computer to start the process.  In the case of a delicate old book, this leads me to be gentler to its binding.  Today's book will probably never be scanned and put online.  I've no idea who "Kham" was nor the even more anonymous illustrator was, but one of the joys of old books can be traces of its history.  This was the book's first page. 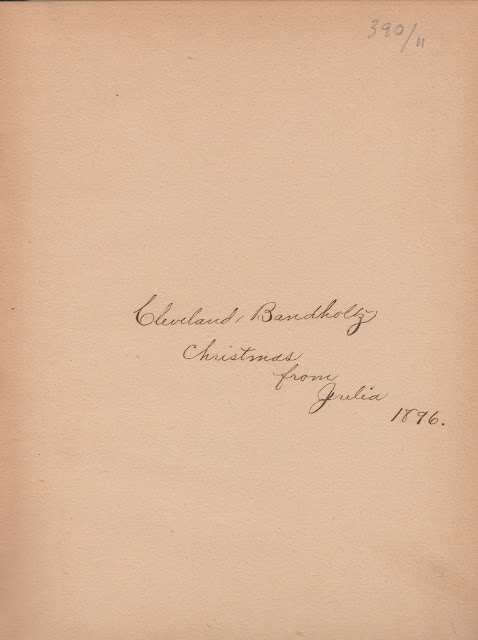 That Christmas of 1896 someone named Julia gave Cleveland Bandholtz the book as a present.  I couldn't resist peeking into history a bit.  I've no idea if it was the same Cleveland Bandholtz, but he was born in 1891, the son of General H.H.Bandholtz and May Cleveland Bandholtz, and even has a Michigan connection, spending part of his early life at the family home in Constantine, when not being an "army brat" following his parents to the Philippines and other army stations.  He grew up to be a lieutenant colonel, serving in both World Wars and was awarded the Legion of Merit for his World War II service.  He's buried in Arlington National Cemetery, while his father is in Constantine.  I've no idea who Julia might have been, but reading about the man I suspect was the recipient of my book I like to think her gift helped to shape who he was.
*******
Here's my new closing for days when I have a story in Keeping the Public in Public Domain.
*****************