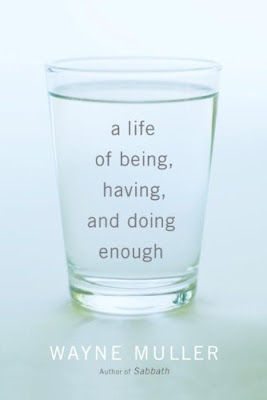 With forest fires destroying large parts of California and other parts of the western United States, today's story reminds us summer's heat is the least of what could be happening.  Back in 2010 I had a house flood.  Nothing on the scale of what's going on in Baton Rouge currently, nor Hurricane Sandy, which hit in 2012, but I encourage people to check out my earlier disaster segments here since, from time to time, disasters change our lives.  Whether total loss or adjusting to the chaos of any major crisis, I tried to find as many ways for working through it all from others who had the same or worse events.  Right now I'm reading Wayne Muller's A Life of Being, Having, and Doing Enough.  In some cases I wish I could sit with Muller and disagree or question some of what he says, but on pages 136 and 137 is "What Grows After a Fire" and he talks about visiting an area only three weeks after a major fire destroyed dozens of homes.  Already, in the midst of the blackened refuse was a sea of green from 6 to 10" oak seedlings blanketing the forest floor without human interference.  His conclusion is that life is like this and "When we learn this, when we finally realize who we are, what we know, and of what we are truly capable, any fear of never having enough of anything gradually and inevitably falls away."

After today's story I will mention some Michigan forest fires mainly pre-dating the U.S. Forest Service.   I initially thought today's story was about an incident experienced by the great ornithologist, John James Audubon.  I found "A Forest on Fire" in Story Hour Readings, Fifth Year, which was part of a series for 1921 readers by educator, Ernest Clark Hartwell, for the American Book Company.  Hartwell gives some sources on his Acknowledgements page, but gave only a by-line attributing it to Audubon. 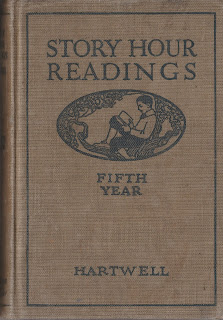 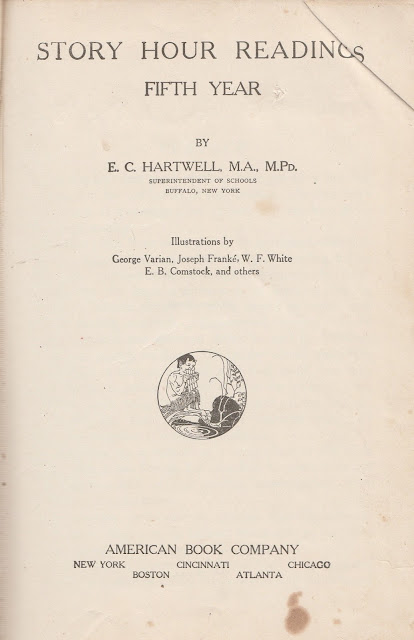 Of course that sent me hunting.  Audubon's Wikipedia article gave me a clue it might have happened while he lived in Kentucky.  Prowling Project Gutenberg, I found the story in Audubon and His Journals, volume 2 by Maria R. Audubon.  (This is the continuation of the Missouri River journals by John James Audubon in volume 1.)  The problem is Hartwell's reader simplifies the story and also doesn't explain this is a story told to Audubon by an unnamed hunter in Maine talking about an incident with his equally anonymous wife and daughter.  It's still a worthwhile story and, to identify where the actual story started in the reader, I'll give the introductory phrase in red.

I can't even identify the illustrator for the story's header as the title page explains.  By the way, as of this writing there are other years of the Story Hour Readings online, but not yet the Fifth Year.  The reader's version is easier to tell.  If you would like me to scan it and send you a copy, email me with Forest Fire Story Request in the Subject line. 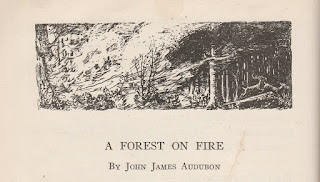 or as the journal calls it
THE BURNING OF THE FORESTS.

*******
All that talk about the hunter now calling himself a lumberer brings me to thinking about the List of Michigan wildfires and in 1881 how it changed the face of Michigan's Thumb area into cleared farmland.  Ten years earlier, on October 8, 1871, at the very same time everybody's attention was switched to the Great Chicago Fire (so familiarly attributed by a song to Mrs. O'Leary's cow kicking a lantern over), the Upper Peninsula of Michigan and on into Wisconsin with the Peshtigo Fire, came history's deadliest wildfire.  It even left evidence in concrete reminiscent of the atomic bomb.  I read books about that fire and was impressed to learn it not only was missed because of Chicago's disaster, but it was also on the same day as a fire across the bay in Wisconsin's Door Peninsula and several locations in Michigan at Holland, Manistee, and Port Huron.  Here it was just called the Great Michigan Fire.

It's been a long time since I grew up hearing Smokey the Bear cautioning us about not carelessly starting fires.  Even that bit of official public service announcement gathered a story, after the fact, when a black bear cub was rescued after being rescued from a New Mexico wildfire.  Of course the cub was later named Smokey after the advertising mascot.  He lived a long and apparently happy life at the National Zoo.  The hotlink manages to give even more information about him.  Nowadays, while careless fires still can start devastating fires, controlled burns supposedly eliminate the brush that can fuel a wildfire.  I remember walking my dog past one at Orion Oaks Park and seeing an emerald green snake gasping at the edge of the burn.  He was half burnt up.  The next time I walked there he was gone.  Probably eaten.  Rather like the story of the unknown hunter who told his story to Audubon and killed a deer after the fire was over.
********

Today's story was long, but I want to include this is part of a series of postings of stories under the category, "Keeping the Public in Public Domain."  The idea behind Public Domain was to preserve our cultural heritage after the authors and their immediate heirs were compensated.  I feel strongly current copyright law delays this intent on works of the 20th century.  My own library of folklore includes so many books within the Public Domain I decided to share stories from them.  I hope you enjoy discovering new stories.