Follow-up on the Brothers Grimm and The Three Apprentices

Last week I mentioned getting ideas while hiking over hills and Michigan's dales with my Malamutt (Siberian Husky/Malamute).  That recently produced a pair of wildflower inspired stories.  Those wildflowers keep changing.  Here's the latest addition I'm seeing, along with a useful identification website.
As I hiked this week, I decided to give a follow-up to both the way I used "The Three Apprentices" and a few resources for the stories of Jacob and Wilhelm Grimm.

Five years ago on March 12, 2012 I told about Project Grimm which celebrated the 200th year anniversary of the publication of Kinder-und Hausmärchen.  Using the KHM numbering system for the listing of stories, the site challenged storytellers to videotape Grimm tales.  Because this was especially an international challenge, many are in other languages, so you might review your second (or more) language on a few stories.  Even those in another language include written versions in German, English, and Spanish.  Unfortunately "The Three Apprentices", KHM 120, wasn't performed, but there's still a lot there to enjoy.

Want to find the Grimm tales by KHM, which gives all the stories and legends?  When I went to find "The Three Apprentices" I didn't know if the story's title might be different, since so many versions of the stories have been translated.  Duke University professor, Jakob Norberg, posted the list at Fairy Tales by KHM as part of his course work.  You can't get to the stories by his hotlinks unless you have a Duke i.d. or are willing to work through the process for a guest pass.  Instead I recommend either the Hathi Trust copy of the book translated by Margaret Hunt, I mentioned last week, OR, if you prefer something a bit quicker, go to World of Tales.com section on the Brothers Grimm and scroll down to the stories interesting you.  While there you can also see a few other Grimm Public Domain translations, but those books don't include "The Three Apprentices."  It truly was an overlooked story.  The site has enough beyond the work of the Brothers Grimm, that I'm going to add it to my recommended sites that follows on days when I do a segment on Keeping the Public in Public Domain.

I promised other resources about these Grimm tales and have an audio version of the complete tales.  While nobody currently is on YouTube or elsewhere performing a video of this story, Grimm's Fairy Tales, Complete and Unabridged is an audio book read by Paul Martin with a sidebar to let you scroll down and find the specific story you want.   For people wanting lesson plans, activities, or tests, I found Bookrags.com.  This is a paid subscription site, so I've no idea if it will be what you want, but think it's worth mentioning for its work with the Grimm stories. 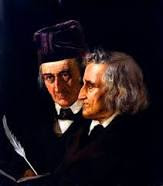 I also promised more about the ways I used "The Three Apprentices" this past week.  I prepared by making signs for the comments made by each apprentice.  Apprentice number 1 says: All three of us -- I typed that on my word processing program in the Landscape position to give the maximum width and used the largest font that would fit across the page.  The second apprentice says: For money -- the same method was used.  The third apprentice's statement, if I used the same font, would have needed two lines: And quite right too! -- I preferred to use a smaller font.  After printing those out I trimmed them and attached them to three different colored strips.  That gave me a quick visual of which strip I was using (and I also put the number on the back).  This helps with participation as there's always that bit of uncertainty for an audience to remember their part.

While preparing I became a bit worried about the age levels attending as the youngest would be in second grade.  I know some disagree with "watering down" a story.  Personally I consider it caring for your audience to think in advance about what they might need explained or otherwise handled.  Before telling the story I explained what an apprentice is.  This also meant listing for myself the most well-known Grimm tales and then, before telling the story, mentioning many stories they know were collected by the brothers.  I said some have even used their name to call the tales "grim" and agreed there are some things sometimes in the stories like "Hansel and Gretel" or "Little Red Riding Hood."  I did not mention the ways those stories are sometimes sanitized.  Instead I said life sometimes has some grim things happen and it's the sort of thing that might appear on the news.  While actually telling the story I said the innkeeper and his wife killed the wealthy merchant, but didn't tell about the scene being bloody.  Later I didn't go into details about how the execution was to be done.  (It seemed to be a beheading, but might at times talk about a hanging.)  Bruno Bettelheim in his The Uses of Enchantment specifically tells about the need for such stories to show justice in the end by having the villain punished.  I don't mention that, but if someone questioned me afterwards I would certainly do so.  My husband also suggested, after he heard me tell the story, its inclusion of the devil might make it a bit problematic for some audiences.  He's right, it might not work with every community.  Similarly the same audiences might dislike the use of magic.  Both are part of the story, but if an objection was made on religious grounds it would be more likely that magic was questioned.

After the program I asked the organizer for any feedback.  I was relieved and delighted to hear: Thank you for presenting at 2017 Young Writers Day!  It was a huge success, I received numerous compliments! 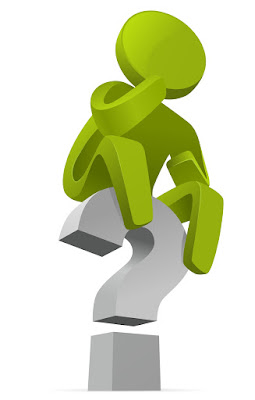 That also brings up another reason why I chose this story.  Before telling it I told the brief fable of "The Wind and the Sun."  I didn't end with the story's moral, instead asking what was the problem and who had the problem.  It was almost time for "The Three Apprentices."  This is when I divided the young attendees by going across the front row and counting off 1, 2, 3 for everyone.  I then had other rows do the same.  We went over their role in the story and then told it.  Because the program was intended to promote Young Writers, I then went into a story creation exercise using those three groups.  A few rows weren't exactly divisible by 3.  Adjustments were made  to use those triads.  The basic plan was for each #1 to choose a setting and character(s) for their own story.  The choice of a problem for it went to #2.  The conclusion went to #3. Since they were in auditorium seating, for those not in threes, I asked the group that might have four to let the extra person be the one to choose the character or characters.  If there were only two, they could decide how to divide up the choices.  What an auditorium full of creation!  I asked for any groups who wanted to share their stories and there was more than enough!  This was then coupled with my announcing and reading the day's winning stories submitted as books by the local schools.  Those two had been selected in advance by the program organizers.

Was anything created that will last as long as the tales collected by the Brothers Grimm over 200 years ago?  Doubtful, but it did give the young attendees a chance to see it wasn't just the two books chosen.  They all had lots of ability to create stories.

You do, too, so I hope you'll share some storytelling, with or without the Brothers Grimm.