Grimm - The 3 Apprentices - Keeping the Public in Public Domain

It's not surprising that I read a lot, but storytelling is an oral tradition and sometimes a story I hear just grabs me and shouts: TELL ME!  Today's story did that.  It's from the many tales collected by Jacob and Wilhelm Grimm, but with 200 stories (and ten legends), there's no way I know them all. . . nor do you! 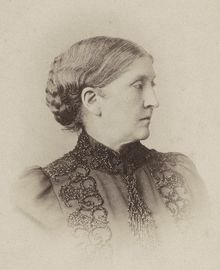 There are many collections and translations, but Margaret Raine Hunt (who also wrote "generally exuberantly comic and satirical" novels -- according to the Stanford Companion to Victorian Fiction -- under the pseudonym of Averil Beaumont until the mid-1870s) did us all the favor of also translating what Wikipedia calls "a definitive edition of Grimm's Fairy Tales."  Since the Brothers Grimm put out their anthologies from 1812 to 1857, it took until 1884 to complete her two volume Grimm's Household Tales, which became also known as Grimm's Complete Fairy Tales, although the Pantheon volume calls it The Complete Grimm's Fairy Tales  and claims their version "has been thoroughly revised, corrected and completed by James Stern."

That publication of the story is essentially the same, just copyright protected, and you know my opinion on that since it accompanies every segment of "Keeping the Public in Public Domain."  What you don't know is how I am looking forward to using the story for Audience Participation.  I plan to use it next week at a program for "Young Authors" as part of my presentation.  The audience will need to be divided into threes for one exercise in quickly creating a story.  This story will be before that exercise and the groups will each say one of the comments by the three apprentices that form both the humor and problem of this story.  So watch for these three statements, which are all the apprentices are allowed to say:
Many translations exist of the stories the brothers collected, but this is the only complete collection and surprisingly this story doesn't seem to be noticed by other anthologies.  I think you'll enjoy it and agree it deserves telling.

THERE were once three apprentices, who had agreed to keep always together while travelling, and always to work in the same town. At one time, however, their masters had no more work to give them, so that at last they were in rags, and had nothing to live on. Then one of them said, "What shall we do? We cannot stay here any longer, we will travel once more, and if we do not find any work in the town we go to, we will arrange with the innkeeper there, that we are to write and tell him where we are staying, so that we can always have news of each other, and then we will separate." And that seemed best to the others also.

They went forth, and met on the way a richly-dressed man who asked who they were. "We are apprentices looking for work: up to this time we have kept together, but if we cannot find anything to do we are going to separate." "There is no need for that," said the man, "if you will do what I tell you, you shall not want for gold or for work;—nay, you shall become great lords, and drive in your carriages!" One of them said, "If our souls and salvation be not endangered, we will certainly do it." "They will not," replied the man, "I have no claim on you."

One of the others had, however, looked at his feet, and when he saw a horse's foot and a man's foot, he did not want to have anything to do with him. The Devil, however, said, "Be easy, I have no designs on you, but on another soul, which is half my own already, and whose measure shall but run full." As they were now secure, they consented, and the Devil told them what he wanted. The first was to answer, "All three of us," to every question; the second was to say, "For money," and the third, "And quite right too!" They were always to say this, one after the other, but they were not to say one word more, and if they disobeyed this order, all their money would disappear at once, but so long as they observed it, their pockets would always be full.

As a beginning, he at once gave them as much as they could carry, and told them to go to such and such an inn when they got to the town. They went to it, and the innkeeper came to meet them, and asked if they wished for anything to eat? The first replied, "All three of us." "Yes," said the host, "that is what I mean." The second said, "For money." "Of course," said the host. The third said, "And quite right too!" "Certainly it is right," said the host.

Good meat and drink were now brought to them, and they were well waited on. After the dinner came the payment, and the innkeeper gave the bill to the one who said, "All three of us," the second said, "For money," and the third, "And quite right too!" "Indeed it is right," said the host, "all three pay, and without money I can give nothing." They, however, paid still more than he had asked. The lodgers, who were looking on, said, "These people must be mad." "Yes, indeed they are," said the host, "they are not very wise." So they stayed some time in the inn, and said nothing else but, "All three of us," "For money," and "And quite right too!" But they saw and knew all that was going on.

It so happened that a great merchant came with a large sum of money, and said, "Sir host, take care of my money for me, here are three crazy apprentices who might steal it from me." The host did as he was asked. As he was carrying the trunk into his room, he felt that it was heavy with gold. Thereupon he gave the three apprentices a lodging below, but the merchant came up-stairs into a separate apartment. When it was midnight, and the host thought that all were asleep, he came with his wife, and they had an axe and struck the rich merchant dead; and after they had murdered him they went to bed again.

When it was day there was a great outcry; the merchant lay dead in bed bathed in blood. All the guests ran at once but the host said, "The three crazy apprentices have done this;" the lodgers confirmed it, and said, "It can have been no one else." The innkeeper, however, had them called, and said to them, "Have you killed the merchant?" "All three of us," said the first, "For money," said the second; and the third added, "And quite right too!" "There now, you hear," said the host, "they confess it themselves." They were taken to prison, therefore, and were to be tried. When they saw that things were going so seriously, they were after all afraid, but at night the Devil came and said, "Bear it just one day longer, and do not play away your luck, not one hair of your head shall be hurt."

The next morning they were led to the bar, and the judge said, "Are you the murderers?" "All three of us." "Why did you kill the merchant?" "For money." "You wicked wretches, you have no horror of your sins?" "And quite right too!" "They have confessed, and are still stubborn," said the judge, "lead them to death instantly." So they were taken out, and the host had to go with them into the circle. When they were taken hold of by the executioner's men, and were just going to be led up to the scaffold where the headsman was standing with naked sword, a coach drawn by four blood-red chestnut horses came up suddenly, driving so fast that fire flashed from the stones, and some one made signs from the window with a white handkerchief.

Then said the headsman, "It is a pardon coming," and "Pardon! pardon!" was called from the carriage also. Then the Devil stepped out as a very noble gentleman, beautifully dressed and said, "You three are innocent; you may now speak, make known what you have seen and heard." Then said the eldest, "We did not kill the merchant, the murderer is standing there in the circle," and he pointed to the innkeeper. "In proof of this, go into his cellar, where many others whom he has killed are still hanging."

Then the judge sent the executioner's men thither, and they found it was as the apprentices said, and when they had informed the judge of this, he caused the innkeeper to be led up, and his head was cut off. Then said the Devil to the three, "Now I have got the soul which I wanted to have, and you are free, and have money for the rest of your lives."

From Jacob and Wilhelm Grimm, Household Tales, and you can go to that link for the two volume set translated by Margaret Hunt at the Hathi Trust digital library.

One final bit of mounting my soapbox for a bit of pointing you to Battle for the net to protest the proposed FCC end of Net Neutrality letting the big Internet Service Providers slow down your access and charge more.  This was a battle we thought had ended, but like The Terminator, It's Baaaack!  As a small-time provider to you, there's no way I can pay their inflated rates.  Even researching I find sites like Oxford Dictionary of National Biography want a subscription to find more about Margaret Hunt.  There are limits as to how much this free blog can provide.
**************
Here's my closing for days when I have a story in Keeping the Public in Public Domain.
*****************