Complaints about standardized tests earn my sympathy.  Testing "general knowledge" is the problem.  Today's story has a personal back-story.  I always tested at the top limit on reading tests.  (Math is a whole 'nother story as I sometimes say I'm "numerically impaired.")  One test, however, had my "perfect reader crown" knocked off.  I got one question wrong and it's a perfect example of how you shouldn't be tested on something beyond the reading sample. 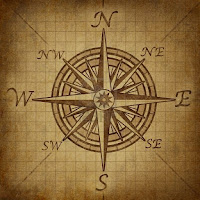 What did I get wrong?  The question presumed I should know the sun rose in the east and set in the west.  How the heck could a city-dwelling elementary school student know that?  I doubt I could ever see it rise and set over the houses and trees of my St. Louis home.  I wasn't driving yet and had no idea where east, west, north and south were.  By high school I was riding public buses to north St. Louis and was dimly aware another area was south St. Louis, but maps were not yet a part of my life.

Nowadays when I teach introductory sign language, I teach the signs for those directions.  I also help show where they are on a map since it's part of the way the sign is made.

Telling this story, I would certainly include the importance of directions and how the Iroquois children would know more than this city kid did.  The story comes from Around an Iroquois Story Fire recorded by Mabel Powers, who was given the Iroquois name of Yehsennohwehs which means She Who Carries and Tells the Stories.  Her versions of the stories received the endorsement by the six chiefs of the Iroquois Confederation (Mohawks, Oneidas, Onondagas, Cayugas, Senecas, and Tuscaroras).  She came to western New York in about 1910 and was adopted as an honorary member by the Seneca.  She lived and was active there, including the Chautauqua movement of adult education as a frequent speaker until her death in 1966.  A biographical speech about her is online from the Chautauqua County Historical Society and McClurg Museum in Westfield, New York.

Around an Iroquois Story Fire has only just entered public domain as it was renewed in 1950.  This is a perfect example of the cultural importance of Public Domain saving work from the twentieth century that should not be allowed to fade away. 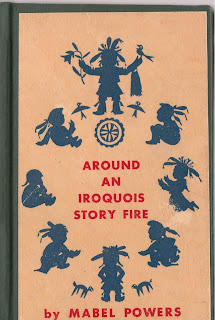 The book also includes a version of the Pleiades or Dancing Stars story from two weeks ago.  There seem to be as many re-tellings as there are constellations and it's always interesting to see how each is a bit different.  Teachers seeking Compare and Contrast ideas could easily use the story for a lesson.

Before starting today's story I probably should address one other issue.  While it's convenient to use the name of a specific nation like the Iroquois Confederation or its members like the Seneca, this story definitely uses the name of "Indian."  My first teacher in Native American folklore was an Anishinaabe elder who called the name of "Indian" "Columbus's mistake!"  I also have younger friends who prefer "Indian."  It is simpler and certainly easier when telling.  Their opinion is the term is part of their heritage and also all official recognition, including the Bureau of Indian Affairs (however flawed that agency's history may be).  I was surprised to learn the B.I.A. dates back to 1775 and the Continental Congress!

I have no final answer.  Nowadays so much seems to revolve around "politically correct language." As a non-tribal member I merely hope to respectfully inform my audiences, using the most reliable information available.  Today's story is yet another example that also happens to match the Summer Reading theme of "A Universe of Stories" being used by many libraries across our country. 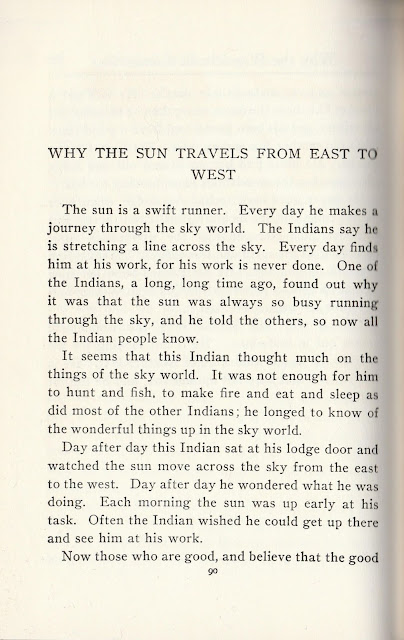 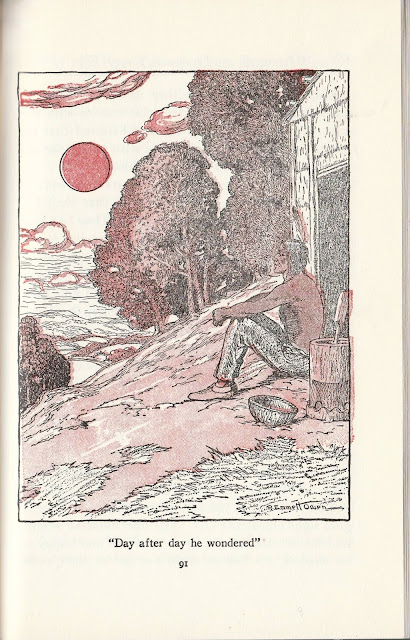 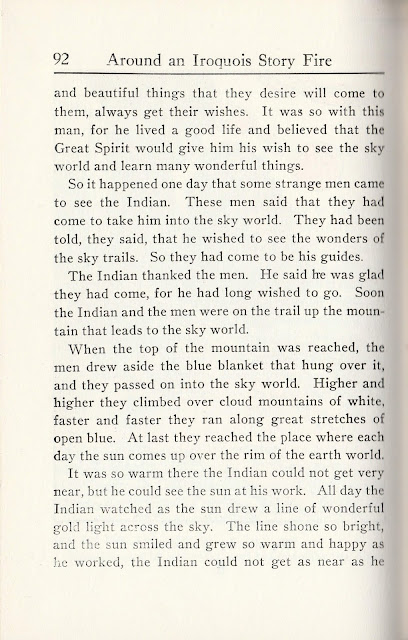 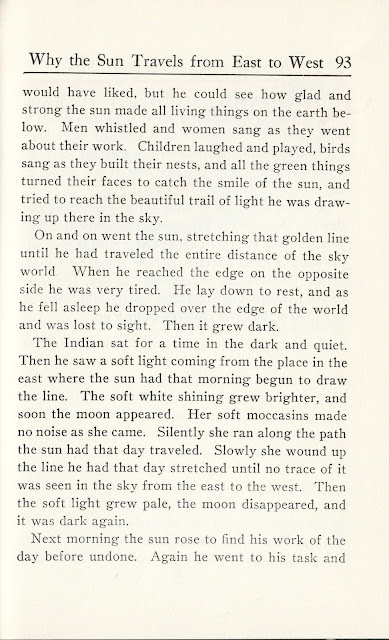 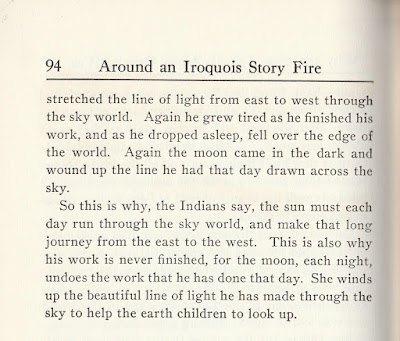 As a storyteller I can relate to that idea of work never being done.  May stories always have us as earth children looking up and finding reasons to keep reading "pourquois" tales like this.  It gets us thinking about how our ancestors explained how natural phenomenon originated, including in the sky above.