A Miscellany of Ideas for "A Universe of Stories"

Brace yourself, today's going to be a long wrap-up of ideas and stories because I really need to move on to other topics. 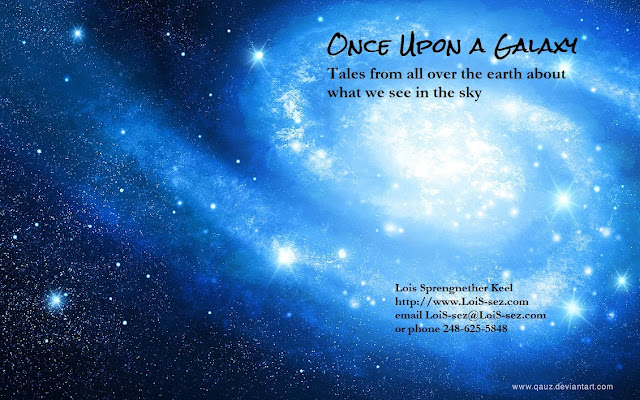 This is my program for the Collaborative Summer Library Program theme of "A Universe of Stories."  Because librarians and storytellers are planning toward this summer I've been sharing my review of an astronomy-related program from the past.  In some cases I will still include stories used in the past like a delightful Korean tale attributing eclipses to "A Dog Named Fireball."  It's not Public Domain, so I couldn't reproduce it here.  I also plan to continue telling my own version of the origin of the Pleiades, as mentioned a little over a month ago when I began this series.  Beyond existing stories, I have my Mad Libs book of story starters to create a space story with audiences, as well as the

This has been a time beyond reviewing past stories and exploring what else is out there.  For example some situations might be able to use a story I published here shortly before Halloween in 2017, Joseph Jacobs' story, "The Buried Moon".  It's a beautiful haunting story, but needs the right setting and audience, possibly middle school and teens.  Another story for that level, but not the younger readers, is Hans Christian Andersen's little known tale of "The Comet."  To find the story you could go to either of two books of translations of his complete works still easily located (and in copyright).  The most recent is by Erik Haugaard, The complete fairy tales and stories, (1974) -- be careful as it's not in an abridged version of his translation (illustrated by Michael Foreman called Hans Andersen, his classic fairy tales). There's also an older translation reissued in 2014 by Jean Hersholt called Hans Christian Andersen, the complete fairy tales.  I own The complete Hans Christian Andersen fairy tales edited by Lily Owens and my copy didn't say she used the Hersholt version.  Further research found two older pdf versions.  Stories and tales / by Hans Christian Andersen ; illustrated by M. L. Stone and V. Pedersen (1870) and Fairy tales and other stories / by Hans Christian Andersen ; rev. and in part newly tr. by W.A. & J.K. Craigie, with ninety-five illustrations (1914):

Those are from the HathiTrust Digital Library and you may download pdfs or even the entire book.
When I was tracking down the Hersholt version I called a library with a copy and the librarian fell in love with the story of a man born when the comet appears (and the superstitions about that) and dies the next time it appears.  An older group could appreciate that Halley's Comet appeared in 1986 and will reappear in 2062 and all that happens in the 75 or 76 years between.  It's a discussion starter for adults and teens and many libraries have Summer Reading Programs for more than just elementary school readers.

Beyond just stories I like to have handouts whenever possible for my audience to take home.  I found this great picture from Simple Simon and Company: 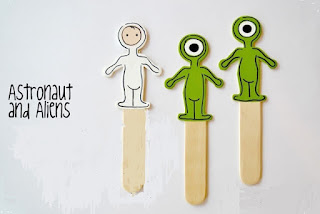 This version of the legend comes from William Jones' 1907 collection

It is said that once on a time long ago in the winter, at the

beginning of the season of snow after the first fall of snow, three

men went on a hunt for game early on a morning. Upon a hillside into

a place where the bush was thick a bear they trailed. One of the men

went in following the trail of the bear. And then he started it up

running. "Towards the place whence comes the cold is he speeding

away!" he said to his companions.

cold,"In the direction of the place of the noonday sky is he running!"

Back and forth amongst themselves they kept the bear fleeing. They

down at the ground. Behold, green was the surface of the earth lying

face up! Now of a truth up into the sky were they conveyed by the

bear! When round about the bush they were chasing it then truly was

the time that up into the sky they went. And then he that came up

behind cried out to him that was next ahead: "O River-that-joins-

Another, let us go back! We are being carried up into the sky!" Thus

said he to River-that-joins-Another. But by him was he not heeded.

Now River-that-joins-Another was he who ran in between the two, and a
little puppy Hold-Tight he had for a pet.

In the autumn they overtook the bear, then they slew it. After they

sumac, then laying the bear on top of the leaves they flayed and cut

up the bear; after they had flayed and cut it up, then they began

slinging and scattering the meat in every direction. Towards the

place of the coming of the morning they flung the head; in the winter-

time when the morning is about to appear some stars usually rise; it

is said that they came from the head of the bear. And also his

backbone, towards the place of the morning they flung it too. They

too are commonly seen in the winter-time; they are stars that lie

huddled close together; it is said that they came from the backbone.

And they say that these four stars in the lead were the bear, and the

three stars at the rear were they who were chasing after the bear. In

between two of them is a tiny little star, it hangs near by another;

they say that it was the puppy, the pet Hold-Tight of River-that-

cut it up; then red with blood become the leaves. Such is the reason

why every autumn red become the leaves of the oaks and sumacs.

That is the end of the story.


There's a Pacific Northwest version from the Snohomish called

"Pushing Up the Sky" in Ella E. Clark's Indian Legends of the Pacific

Northwest that I've been unable to find a version in Public Domain.

In that version the people lift the sky shouting "Ya-hoh!" over and

over, but a few hunters missed the message about when it would happen

and wound up in the sky, too. The Fox were originally from the Great

Lakes area, so they are of interest here in Michigan even though the

largest number, along with the Sauk were relocated to Oklahoma

(that's definitely "a 'nother story!"), but you'll see they have

strong Midwestern roots. Stories travel and change a bit. I like to

"Ya-hoh!" and, now will explain it's told in two ways in two places

traveling just as happens in this story.

Pleiades who dance into the sky. Like the Anne F. Rockwell picture

book version in The Dancing Stars, I have the mother bear welcome

them. I made a lullaby for her to sing. In each case I explain

as originating with those particular nations. 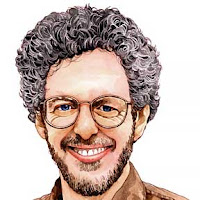 Here's something a bit different.  Award-winning author, Aaron Shepard offers on his website something he rightly calls "Gifts of Story."  There are stories from all over the world, often in reader's theater scripts, printable color posters, photo features, audio recordings, extended author notes, fun writing exercises, and alternate story versions.  Back in 1996 he wrote "How Frog Went to Heaven; A Tale of Angola" for Australia's School Magazine and later adapted it for reader's theater (Gift of Story #28) complete with music.  The story's fun for the audience and any young readers acting it out, but imagine my shock to find on his "Extras" , giving  more information about the story, he said:

The song can be found with additional lyrics and music in full arrangement in Echoes of Africa in Folk Songs of the Americas, by Beatrice Landeck, David McKay Company, New York, 1961. My thanks to Lois Sprengnether for calling it to my attention.

All right that clearly dates back to the time before I "found my Keel in life", but it was great to email chat a bit with him after seeing that story, which also fits well in with these thematic offerings. 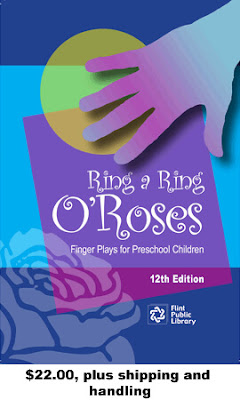 Ring a Ring o' Roses.  Now in its 12th edition!  bookorders@fpl.info will let you buy it from the library or ask any questions.  I don't go back through their full 35 years of publishing, but have recommended it for most of that time.  While it is planned for preschoolers, there are ways to adapt for school-age.

Here's one from the book.  Finger Play motions are given in italics.

Do you want to go up with me to the moon?
Point to friend, self, then to sky.
Let's get in our rocket ship and blast off soon!
Pretend to climb in ship.  Swish hands quickly.
Faster and faster we reach to the sky,
Jump and reach.
Isn't it fun to be able to fly?
We're on the moon, now all take a look,
Look down,
And gently sit down and I'll show you a book.
Sit down gently.


I often recommend Jackie Baldwin's Story-Lovers website now only reached through Archive.org's "Wayback Machine."  People sometimes find the Wayback Machine a bit confusing, but you can get directly to suggestions of Sun, Moon, and Star Stories plus her book suggestions from back in 2009 at

https://web.archive.org/web/20160419211008/http://www.story-lovers.com/listssunmoonstarsstories.html.  Most originated on the Storytell email list.  Nowadays that list continues through the National Storytelling Network's sponsoring it, complete with an archive from when in 2013 they began hosting it.

So now it's time to BLAST OFF to warmer weather


and look forward to Summer Reading!

AR Storytelling —Till now Augmented Reality is considered as one of the greatest tools for storytelling and there is no doubt that the future of storytelling will be AR storytelling. For instance we can add augmented content to ones course book by which learning will be fun with the help of this technology.
https://www.unitear.com/