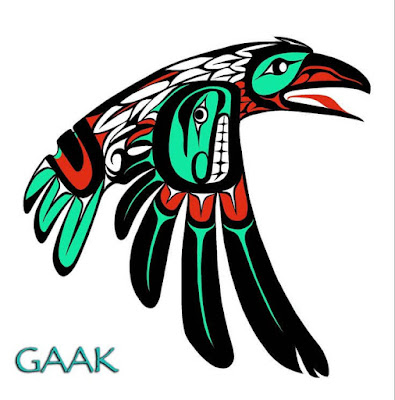 Raven is a folklore figure we don't know well in the midwest...our loss!

Raven was the benefactor of the earliest people along the shores of the Pacific Northwest, but he was a trickster.  That makes an interesting combination.  He's often called "Raven-Who-Makes-Things-Right", but his clever ways of doing it match the intelligence of the real bird.

I confess I was able to find nothing about the image of Raven I use to open today's story, but the color in it, along with its style, match both the story and the look of Raven on the many totem poles in his home area along the northwestern coast of the U.S. and Canada and it led me to choose it.  His images are often anonymous folk art.  If there's an artist wishing credit, I apologize and will gladly add it.  (How Raven-like to act first and then deal with the consequences!  A bad influence?  Some might say so.)

Ravens may talk...they do.  This Wikipedia article talks about the "Common" Raven --"common" --  hmph!  Their intelligence and ability to mimic human speech is only part of the article, be sure to read the section on that, as well as the part about their relationship with humans. 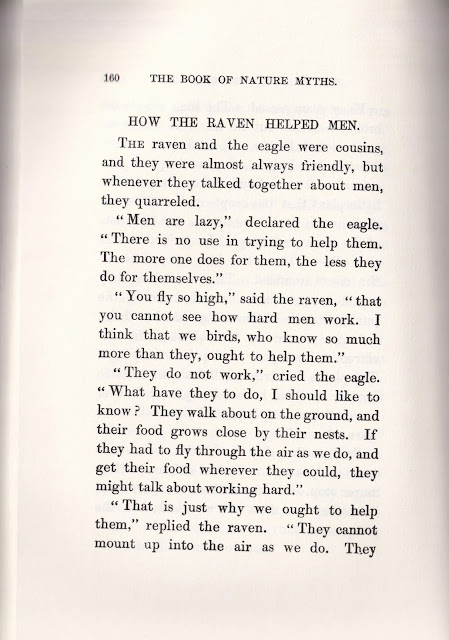 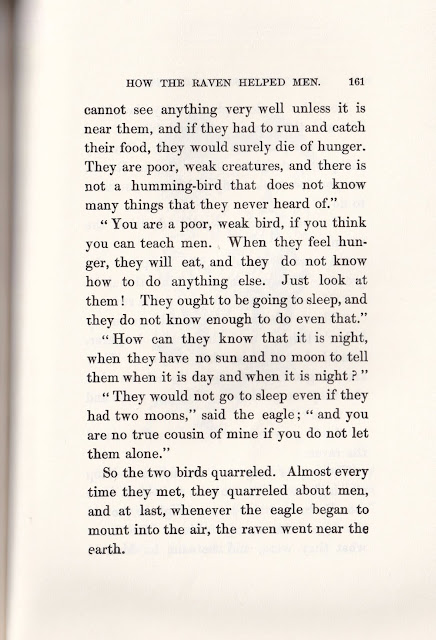 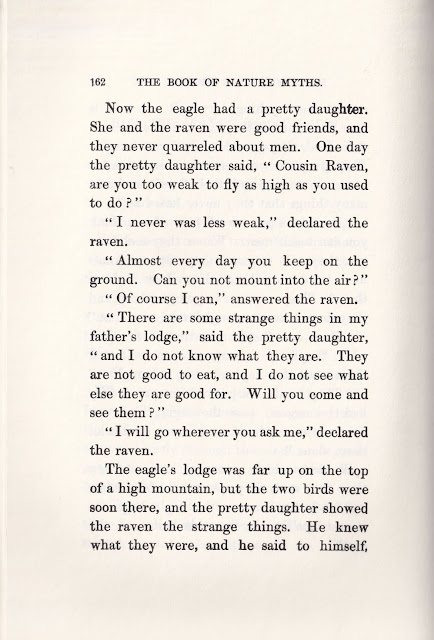 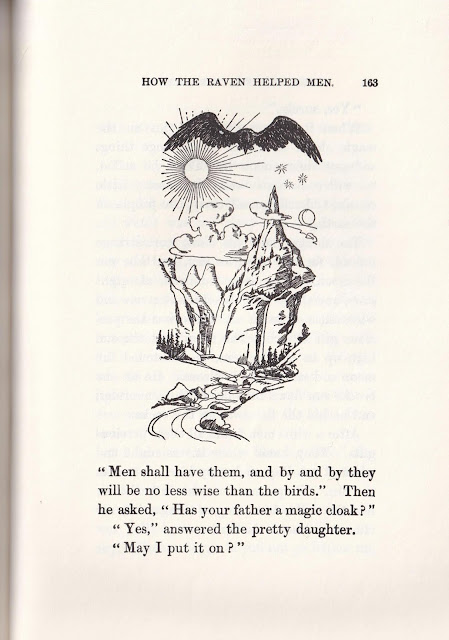 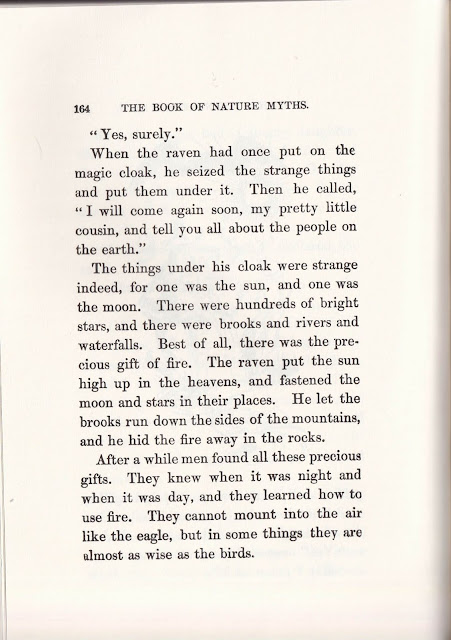 (I had to snicker a bit when I came to the part about Eagle talking about People not knowing enough to know when to go to sleep and when to get up.  This is the weekend most of the Americas switch to Daylight Saving Time and I always find it so hard to "spring forward."  Eagle was right about me, I have a hard time going to sleep even without a time change and would even if I had two moons.)

Remember I said I intentionally chose a colorful Raven?  Some versions of the story tell us Raven's feathers turned black from being burned when he carried the sun and fire.

Before finding this story I loved Gerald McDermott's Caldecott Honor Award-winning book, Raven, but now appreciate the source of his tale even more.  I can understand his simplification of it to just the stealing of the sun -- and avoiding the relationship with Eagle's daughter -- but it's again one of those great opportunities to "compare and contrast." 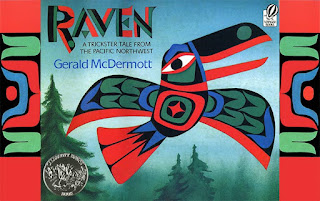 I should probably mention here an online source of Native American tales.  Go to Ya-Native.com where you will find it as "How Raven Helped the Ancient People."  Yet another item for the "compare and contrast" possibilities.

Just today I was talking with some friends about the collective names for specific animals.  You may have heard about "a murder of crows."  We went looking to find the name for a group of ravens.  It turned out to be "an unkindness of ravens."  Some may find the mythological Raven at times unkind, but certainly not when he was helping people.

Today's story came from a book I've long wanted and am delighted now to add it to my collection.  Sometimes reprints are less than their original, but the version I have from Applewood Books is carefully done and I need to prowl their catalog.  There are many other stories in Florence Holbrook's The Book of Nature Myths for Children appropriate for the Collaborative Summer Library Program theme of "A Universe of Stories" used by many libraries this year, so I recommend it to others seeking material for the theme.

Back on February 9 I began listing many Public Domain stories matching "A Universe of Stories."  So many people all over the world have created pourquois tales to explain what we see in the sky.  It has been fun, but I want to move on to some other storytelling topics so next week I'll try to wrap this up with some of the shorter miscellaneous ideas I've found.