Today's story, like the two before it is a classic tale found in Frances G. Wickes' Happy Holidays, BUT you will notice the author listed in today's title is Williston.  Wickes credited and gave the text exactly as Teresa Peirce Williston published it in her Japanese Fairy Tales, but the Happy Holidays publisher's limitations on Gertrude Kay to one small black and white illustration misses the beautiful way the story is presented in Japanese Fairy Tales with full color illustrations by Sanchi Ogawa.  What little is known of Williston and Ogawa and more about the story can be saved until after seeing it, except for one bit, the pronunciation of our title character, Shippeitaro.

I'm so glad Williston included, "A Guide to Pronunciation"!  When names of people and places are from another language are used in a story it's such a help.  Rather than save it to the end, you should know Shippeitaro, is pronounced Shpay-tah-row.  (I added the "w" to show it's a "long o", there's also a "long a" in the first syllable and an umlaut over the second "a", but their pronunciation seems clear enough.  I underscored the middle syllable to show it gets the main stress.  All that's missing is the "music" of pronunciation by a Japanese speaker, but this lets you come closer.) 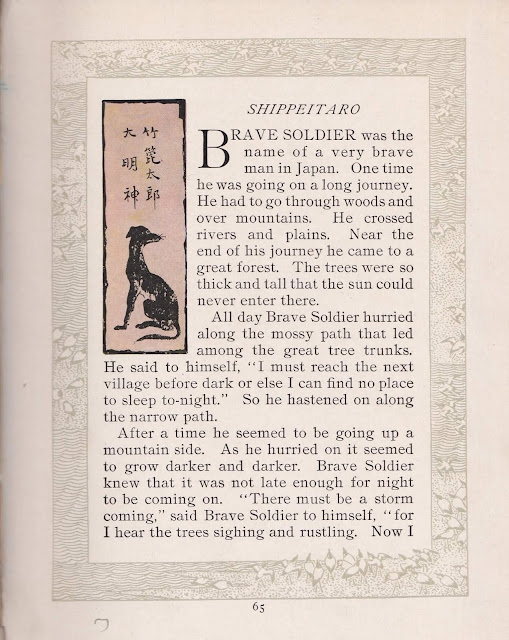 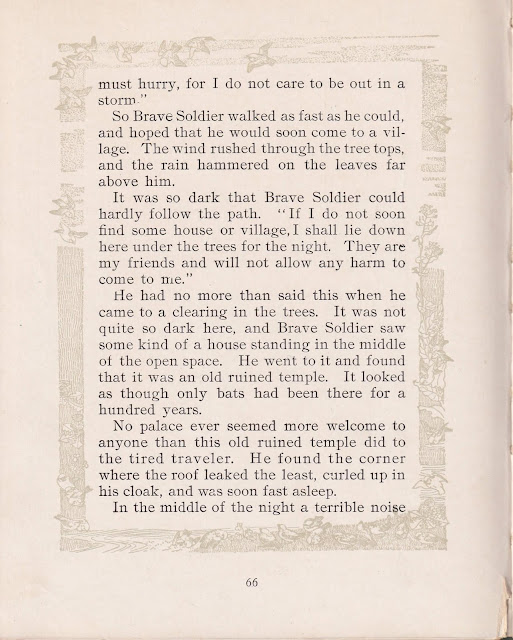 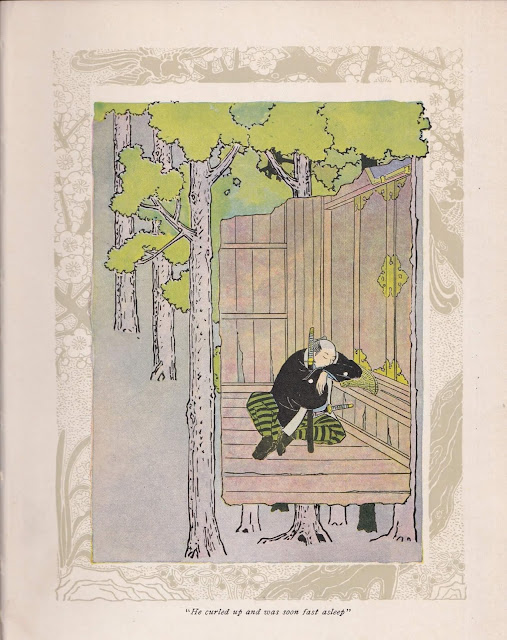 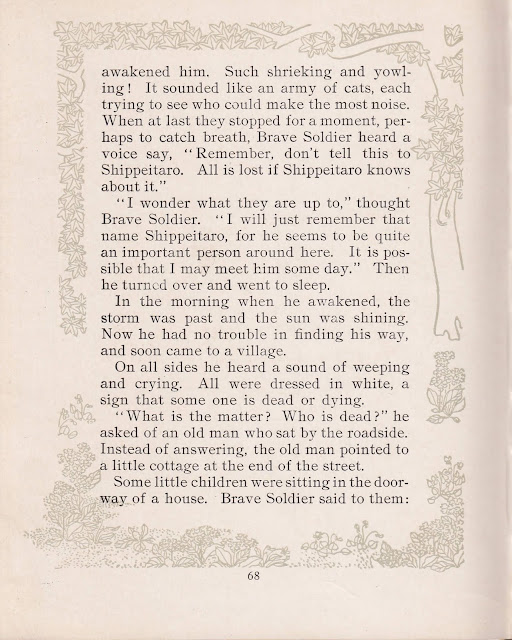 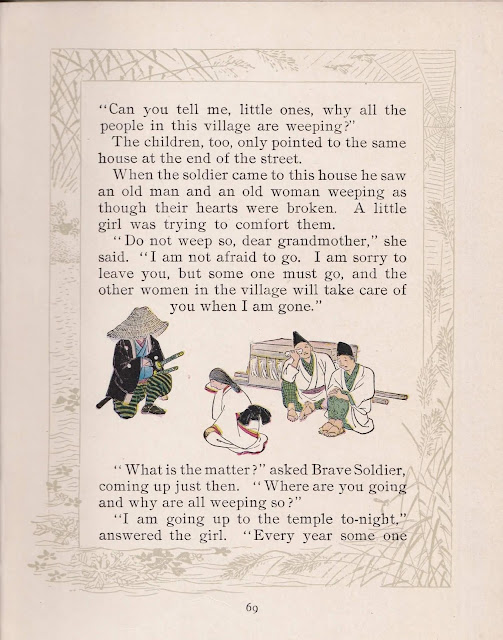 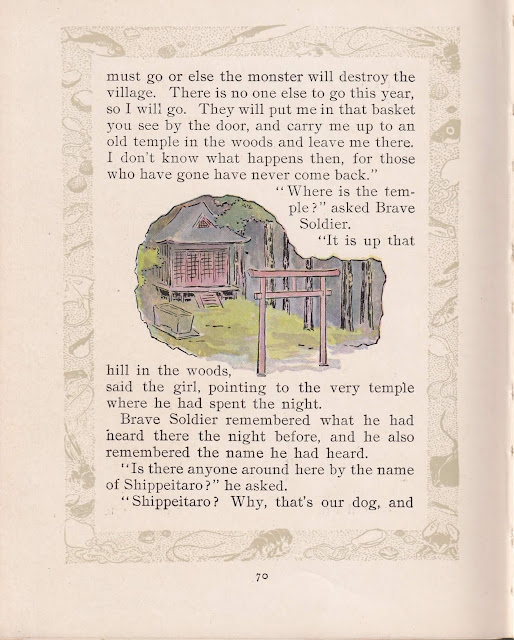 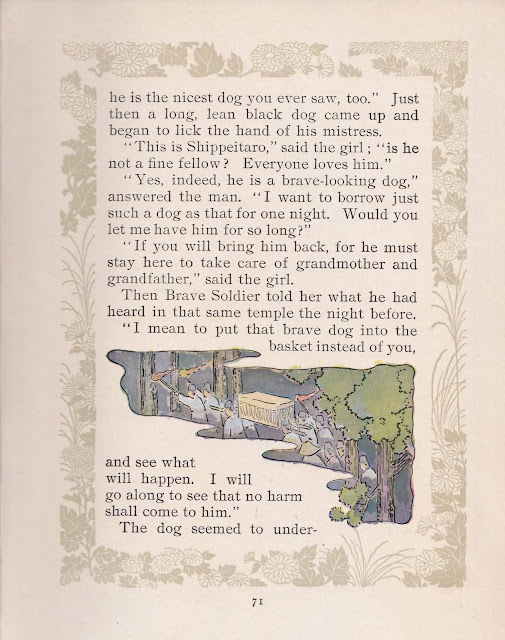 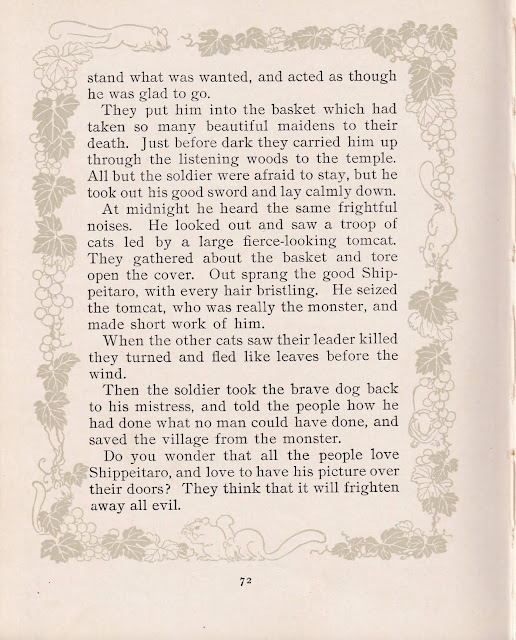 These three stories given these past three weeks are found in Wickes' Happy Holidays along with the tale of "Wait Till Martin Comes."  All deserve to be kept in the Public Domain.  Just this past week I told "Wait Till Martin Comes" when students asked for a spooky story.  I had already opened my programs, which had the theme of "friends" with a story told in voice and sign language, so in the two instances where time permitted I asked what they wanted and I chose it specifically because it tied the program back to its beginning, letting me add to the drama by telling it in voice and sign, plus it wasn't as scary as some stories.

Similarly I find "Shippeitaro" seems to be a less scary version of a story I love to tell, "The Boy Who Drew Cats" as told by Lafcadio Hearn.  Waaaay back in October of 2014 I posted that story.  Hearn's source is quoted as being "The Picture-Cats and the Rat", but Hearn gave his own spooky touches and a different ending from the traditional one of the boy going back to become the abbot of his temple. Would I tell the two in the same program unless I was specifically using it as an example of their similarity?  No, but I might use it specifically when a less scary story was needed.  When a group of children are an audience and the request for scary stories is made without prior agreement, peer pressure and the inability to leave make it unwise to tell something very scary which some children may not be ready to handle.

As for our author, I could find nothing about Williston, herself, except that she also collected a second series as this initial book was so well received.  In each case she thanked a Mr. Katayama of Tokyo for his "great assistance in collecting these stories."  Her only other book is Hindu Tales Retold.  For both the first and second collection of Japanese Fairy Tales she stressed the importance of her illustrator, Sanchi Ogawa, in bringing the tales to life as vividly as possible.  We actually know more about him than Williston for she tells us he "is a native of Japan and a graduate of the Imperial Art School of Tokyo and combines the Japanese artistic instinct and classic tradition with a knowledge of American ideas and methods."