This past week has been frustrating, with computer problems that seem to keep multiplying.  http://www.quotesvalley.com has a section of quotes on computers/ and here are two of the most appropriate: 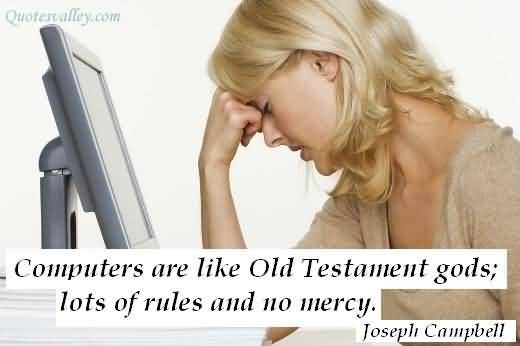 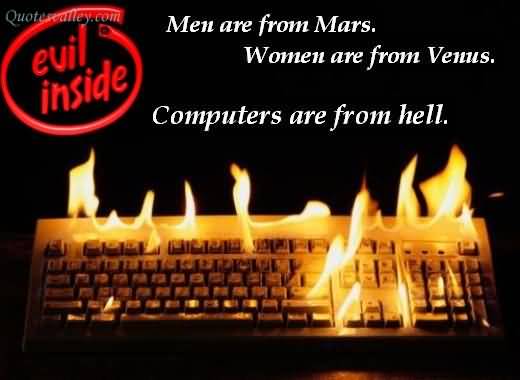 with those ideas to guide me I went looking for appropriate stories.  The Shoemaker's Apron: A Second Book of Czechoslovak Fairy Tales and Folk Tales by Parker Fillmore has not one, two, or even three, but four tales about the devil and by going to https://www.gutenberg.org/ , even as my computer slowly tries to return my backed up data, I was able to bring today's story.  (That's the link for the whole book, so you can go there for the other three stories and the other non-devilish tales.)  I'll say a bit more about the book afterwards.  Unfortunately, since I couldn't scan the individual pages of my own book, the story proceeds without breaks making it a bit unwieldy.

One quick warning, the old Czechoslovakian belief has all devils appear black.  Politically correct?  No.  As someone telling the story today I might say blackened.  I notice, however, the Devil himself, as opposed to his lesser apprentice devils, is able to appear normal and then reveal his true blackened appearance.  The blackened coloring of the young man who goes to work for the Devil is easily explained within the story from his long seven years working in Hell.  It's similar to the appearance and fate of the main character in the Brothers Grimm's "Bear Skinner" and the Russian tale of "Never-Wash" I posted this summer.

THE STORY OF A YOUTH WHO COULDN'T FIND WORK 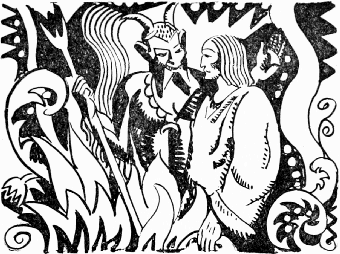 This story only opens with a picture from Jan Matulka, but his work in this book and in the earlier Czechoslovak Fairy Tales by Parker Fillmore is worth seeing.  That link is from Wikipedia, but a search under his name will show he has much more to be found.

As for the book itself, Fillmore explains:


The stories in this volume are all of Czech, Moravian, and Slovak origin, and are to be found in many versions in the books of folk tales collected by Erben, Nemcova, Kulda, Dobsinsky, Rimavsky, Benes-Trebizsky, Miksicek. I got them first by word of mouth and afterwards hunted them out in the old books. My work has been that of retelling rather than translating since in most cases I have put myself in the place of a storyteller who knows several forms of the same story, equally authentic, and from them all fashions a version of his own. It is of course always the same story although told in one form to a group of children and in another form to a group of soldiers. The audience that I hope particularly to interest is the English-speaking child.

I also like Fillmore's concluding comment of "Besides its fairy tales and folk tales the present volume contains a cluster of charming little nursery tales and a group of rollicking devil tales."

Rollicking indeed.  The closest I've found are two highly enjoyable books by Natalie Babbitt, The Devil's Storybook and The Devil's Other Storybook, which now can also be found in a combined volume.  Don't let the subtitle calling them "delightfully wicked stories" keep you away.