This is what I have to remind myself 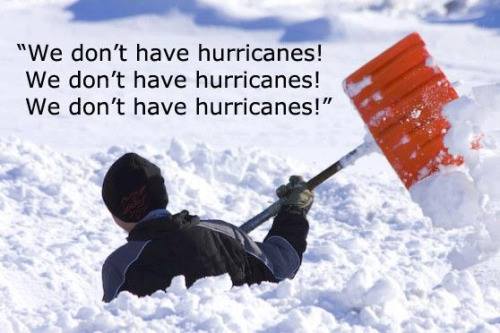 This week started out fooling our local weather forecasters as it looked like we would get an early, but relatively light blast of three inches.  Nope, try three times that!

For lovers of this weather like my dog it's fine, but living high atop a "bunny slope" of a hill we finally got this week's mail on Thursday.  Monday was Veteran's Day so there was no mail, but the little that made it through today made me wonder what happened to that "Neither snow nor rain nor heat nor gloom of night stays these couriers from the swift completion of their appointed rounds"?

Wikipedia assures us  it's not the official creed of the U.S.Post Office.  For even more information, an article at Mental Floss goes into more than just the basics of how an observation by Herodotus became mixed up with our own expectations.  Watching a mail vehicle backing down my neighbor's hill after only getting half way up, it's definitely not reasonable to expect it. 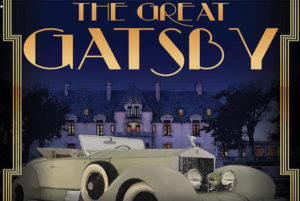 For my own part I'm so relieved it came this week and not last week when we had the opening week of Clarkston Village Players' production of "The Great Gatsby."  We had a Benefit performance, plus the regularly scheduled evening performances on Friday and Saturday, plus a matinee.  All in all we'll do a dozen performances, (Good Lord Willing and the Snow Don't Rise).  Performances run until the final week of this month and we'd hate to have to miss any.

We're more than a month away from the official start of winter, so I hope this doesn't mean it's the start of a long, hard winter.  I remember seeing a Wooly Bear Caterpillar that had a long brown stretch between its two black ends.  Wondering what, if anything, it may have predicted about the yet-to-come season, I went to "The Old Farmer's Almanac" online site for the definitive word on "Woolly Bear Caterpillars and Weather Prediction; Do Woolly Worms Really Predict Winter Weather?"

For What It's Worth, my Wooly Bear had a much longer brown area than the one in the Wikimedia photo.  I found the conclusion about what that said interesting. 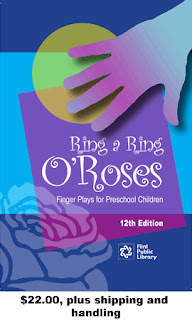 Finally today I was able to get out with my dog for an overdue hour-long walk.

Flint Public Library's classic book, Ring A Ring O'Roses has something warmer for those around young children.


Walking in the Snow

Let's go walking in the snow; Walk.
Walking, walking, on tiptoe. Tiptoe.
Lift your one foot way up high, Hop on one foot.
Then the other to keep it dry. Hop on the other foot.
All around the yard we skip; Skip.
Watch your step, or you might slip. Pretend to fall.

We definitely didn't skip through the woods and around the river walk at Independence Oaks Park, but we did hurry as the daylight rapidly faded.  We left the park one minute after its official closing time of six p.m.  Truly we were "the last dog home" and thanked the park employee who waited that extra minute in the below freezing "autumn" cold.
Posted by Lois Sprengnether Keel at 1:00 AM