It's commonly said "Everybody talks about the weather, but no one does a thing about it."  There's been plenty to talk about as the weather seems to have rushed the end of autumn and the start of winter.  Winds bringing colder than normal weather began even before Halloween and it promises to stay until at least November 20 and possibly to Thanksgiving.  They're even mentioning the "S" word to accumulate!  Summer is NOT the word anymore.

Thinking about this started me looking for stories about . . .

Our winter weather comes down out of Canada, so it seems reasonable that today's story should come from there.  The tale comes from southern British Columbia's Thompson River people (as they were called at the time the story was recorded by the American Folklore Society in 1898) now called the Nlaka'pamux. The simplest form -- and most re-tellable form -- of it comes in Caroline Cunningham's The Talking Stone. 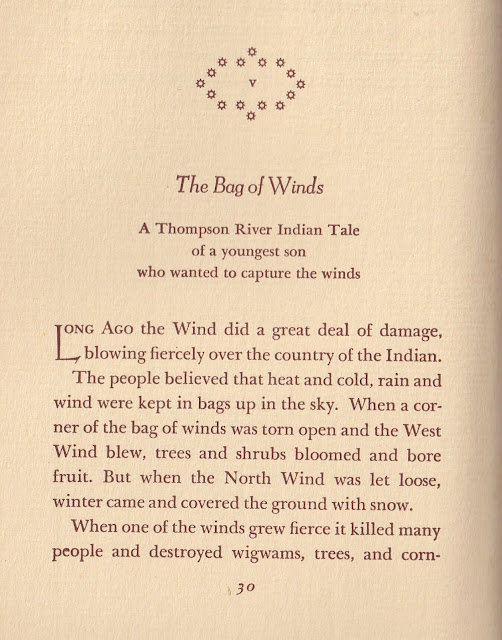 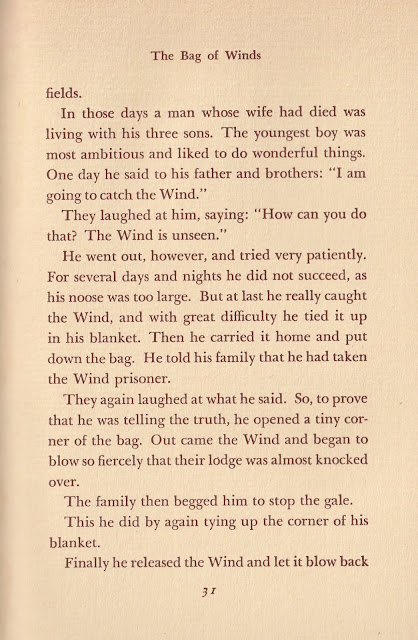 Like I said it's re-tellable and we all probably are wishing the Wind was so easily controlled.  (Well maybe not people wanting wind turbines to produce power.)

A later book by the same title was edited and the story retold by Dorothy deWit.  She called her story "The-Boy-Who-Snared-the-Wind and the Shaman's Daughter."  Her book is still in copyright, but she gave her source as "Traditions of the Thompson River Indians" in the Memoirs of the American Folklore Society, 1898.  Of course this made me want to see the original.  I'll give it here, but maybe you don't care to follow that academic route and just wanted an enjoyable tale of the wind.  If so, you may enjoy this bit of nursery verse:

***
Now for those wanting the "rest of the story", it includes that mythic folk hero, Coyote, and a bit of explanation about an unusual word, the stsuq, follows after it. 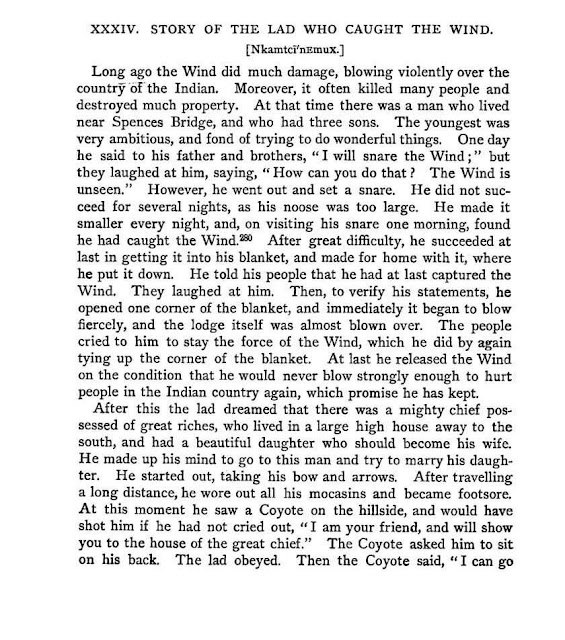 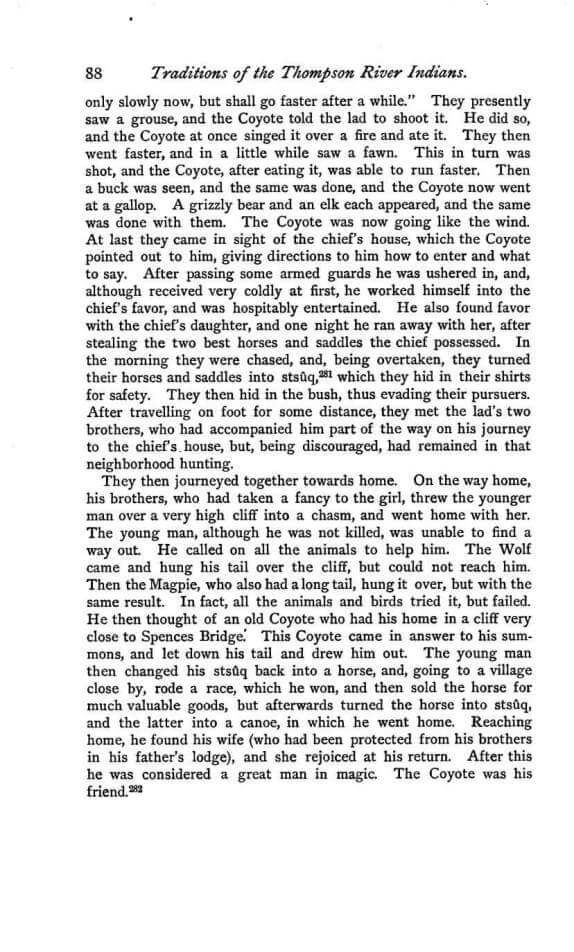 ***
If you're like me, you probably wondered "What the heck is a stsuq?" This is answered at the back of the book in the Notes section.

The Coyote version I just gave is considerably different from the version deWitt admits she retold.  To justify her version she cites yet another story which she blended with it.  Unfortunately copyright prevents me from giving it here.  Go to a library to borrow a copy if you're that curious.  Personally, knowing what a trickster Coyote traditionally is, I'm sure he would be amused.
**********************
This is part of a series of postings of stories under the category, "Keeping the Public in Public Domain."  The idea behind Public Domain was to preserve our cultural heritage after the authors and their immediate heirs were compensated.  I feel strongly current copyright law delays this intent on works of the 20th century.  My own library of folklore includes so many books within the Public Domain I decided to share stories from them.  I hope you enjoy discovering new stories.