Wickes - The Queer Company - Keeping the Public in Public Domain

Two weeks ago I presented another "classic" spooky tale from the anthology by Frances G. Wickes, Happy Holidays.  Today's story was supposed to be published on schedule while I was on the road storytelling.  I just discovered I didn't get it out because I skipped one small step!  My apologies.

This story is also found in Joseph Jacobs' English Fairy Tales under the title of "The Strange Visitor."  Jacobs offers some important differences that I'll mention after the story and then, to make it more friendly for the youngest listeners, another idea will be given by Carolyn Sherwin Bailey from her Firelight Stories. 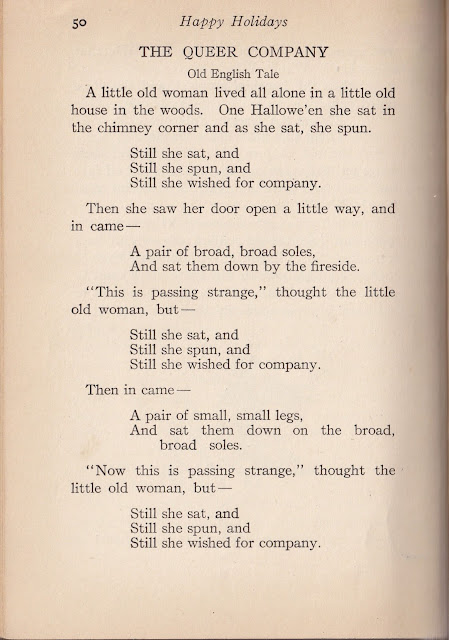 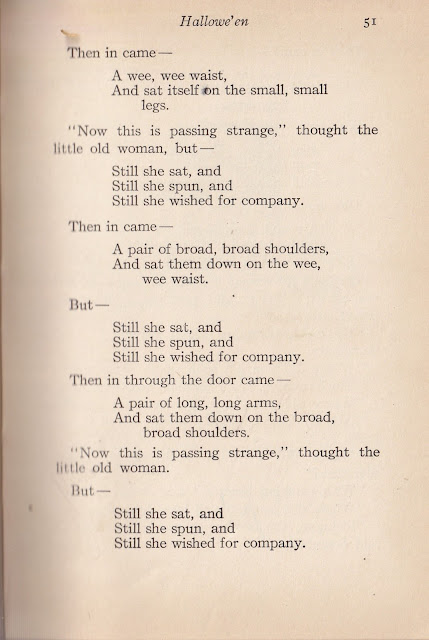 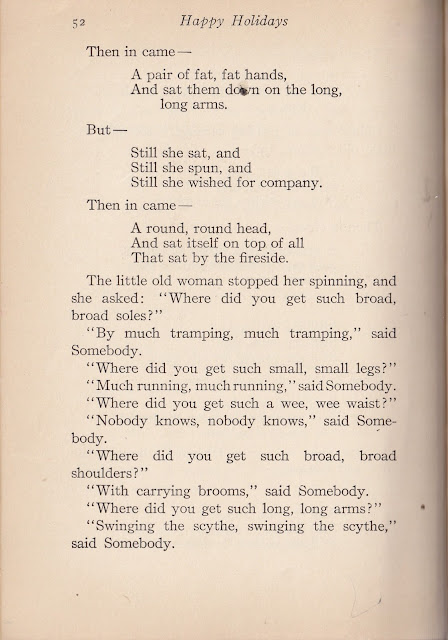 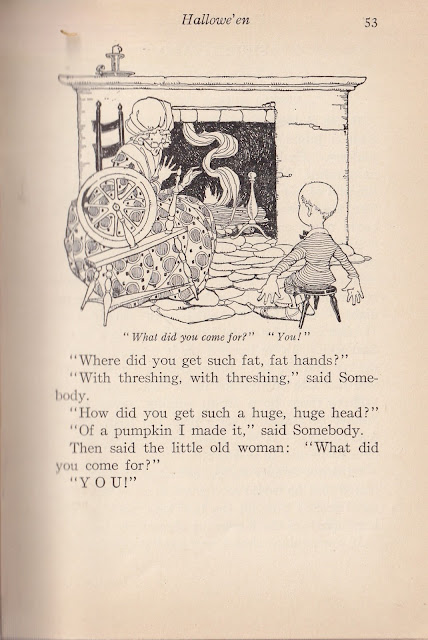 That last part is usually shouted out and aimed at the most vulnerable member of the audience.  It fits in a category of spooky tale called a "jump story" because it's meant to make the audience jump.

I mentioned the story could be found under the title of "The Strange Visitor" in Joseph Jacobs' English Fairy Tales with some differences.  Jacobs uses the refrain of "Aih-h-h! -- late -- and wee-e-e moul" for every other answer by the Strange Visitor and Jacobs candidly confessed to not having the slightest idea what it meant, but it was in his original source, The Nursery Rhymes of Scotland by W. Chambers, published in 1842 and it was accepted by Jacobs' young listeners.  He further suggests "The prosaic-minded may substitute 'Up-late-and-little-food.' " Perhaps, but Wickes omits it and gives a more streamlined response.  Jacobs also gives directions as to how the Visitor sounds with his responses -- to just see his version of the tale go to https://americanliterature.com/author/joseph-jacobs/fairy-tale/the-strange-visitor
and you will see that final answer is "FOR YOU!" and the teller is directed:

To make it less frightening for the youngest listeners, Carolyn Sherwin Bailey in her Firelight Stories changed the ending ever so slightly so that after the Strange Visitor talks about his pumpkin head and the little old woman asks, "What did you come for?" she has this ending instead:


"TO KEEP YOU COMPANY," said Somebody, as he danced about the kitchen.

So the little old woman was not lonely any more.

I leave it to you and your audience to decide what you find more appropriate. 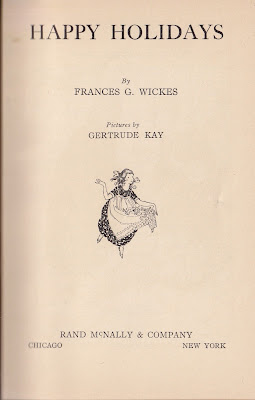 Additionally last week I said I would give a bit more information about the illustrator, Gertrude  Kay, for this story and last week's story from Frances G. Wickes' Happy Holidays.  While neither of the two tales show all she was able to do, there is an interesting article about how she not only was a student of the famous author/illustrator, Howard Pyle and his slightly less famous sister, Katherine, who was also an author/illustrator, but Gertrude was also successfully an early 20th century illustrator in the male-dominated world of commercial illustration.

An excellent article about her and several samples of her usually colorful illustrations can be found at Illustration Art Solutions.com, which also mentions her travels in China and Japan and then, after that, to other lands.  Those first travels began right about the time Happy Holidays was published, so I can imagine how much she would have loved to do more with next week's Japanese story, "Shippeitaro."  Her samples include several from China and Japan.  The publisher of Happy Holidays kept the book's cost down by sticking to black and white illustrations even on those that were full page.

You can see why I recommend these to you. Have fun discovering even more stories!
Posted by Lois Sprengnether Keel at 11:21 AM

I would pay good money to know what Aih-late-wee-moul' actually means.
Moul is old Scottish for a mold. Like a button mold tool.
But that just confuses me more