Sometimes finding one story leads to discovering another story I love even more.  Today's story is a perfect example.  Last week I found several interesting stories about fairies because I wanted something to go with my Quarantine project of a fairy house.  Here's that house now in place. 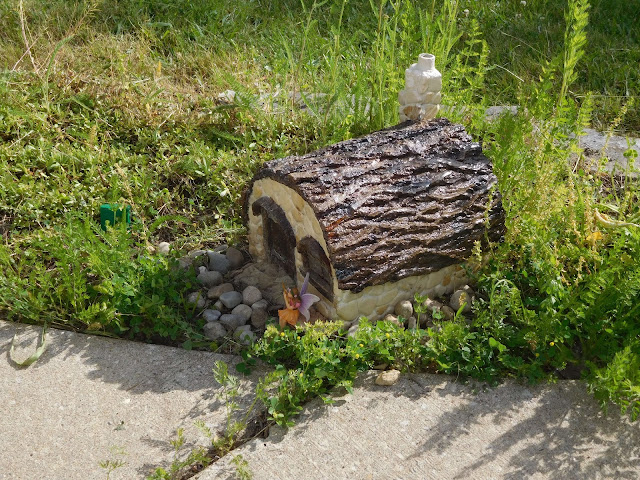 Andrew Lang produced a rainbow of books under a variety of colors.  This story is found in The Green Fairy Book and at the end is attributed to the Comte de Caylus, but Caylus both wrote original stories and collected French fairy tales and "oriental fantasies."  Britannica gives slightly dubious information about Caylus as the only son of the Marquise de Caylus, but both Wikipedia and Catholic Encyclopedia assert he was the eldest of two sons.  All agree the count went from a youthful military career to world travels exposing him to early archaeology and world cultures which influenced him when back in France for his work in the arts and literature in pre-revolutionary times.  This story isn't found in the two volume English translation of Les Contes Orientaux (Oriental Tales), so it seems to have been his original work.

That bit of idle curiosity satisfied, I really want to let the story stand on its own. 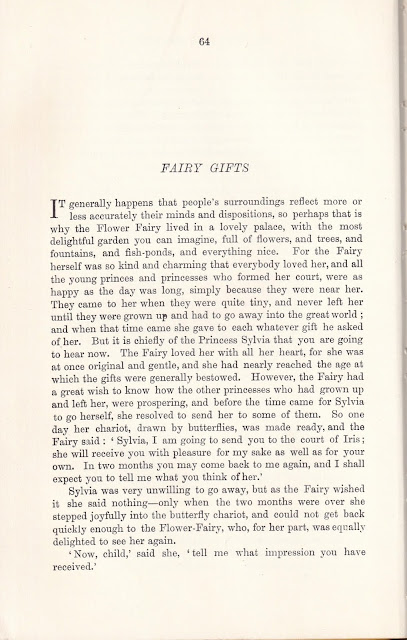 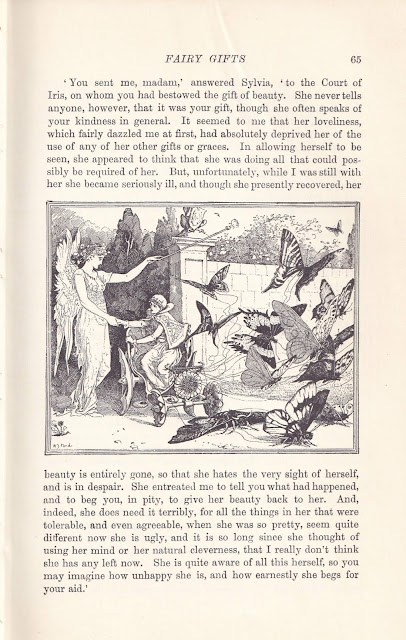 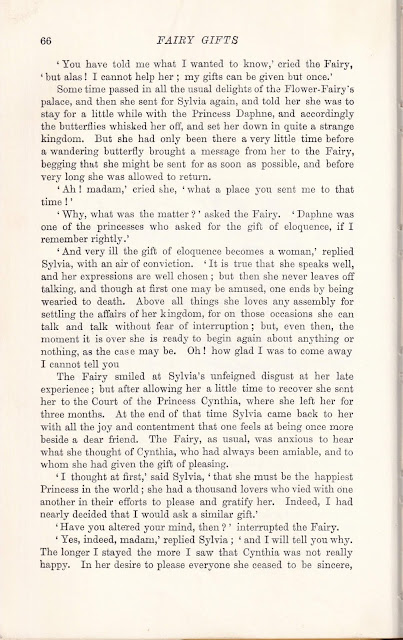 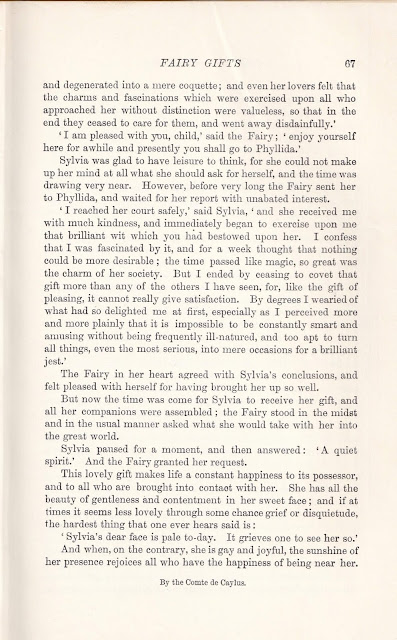 I didn't want to give the Wikipedia link for the story before the story itself.    Ever since 1915 they have complained about a lack of sources for the story's article.  That article calls it a literary tale, but credits Lang with reworking it.  I know I've never seen it in any other source pre-dating Lang's 1892 edition.  If Lang reworked the story, he gave it folkloric style.

Bet you saw eventually where Sylvia's choice would go.  Whether you sing "You Can't Always Get What You Want" or think "Be careful what you wish for", I find myself thinking about King Solomon's wish for Wisdom.  Even with all his wisdom he still managed to go astray.  Perhaps a "quiet spirit" or at least letting our best self show is the best we can want. 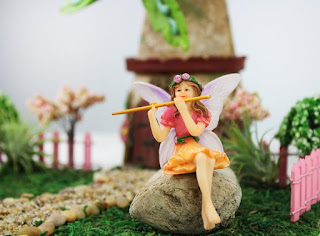 Here's a close-up of mine as shown on Etsy.   Search for "fairy playing flute" to find two Pixies playing flute or a flute-playing gnome on a mushroom.  Beyond that there are flute-playing animals. My fairy told me her name is Alyssa.  I've no idea where that idea originated, so it must be from her.  With my love of the Native American flute, I sought her out and can't reject either her name or the fact it is a more classical flute.

Choose fairies and their gifts with care.