Shelter in Place - Final ?!? Week (11) - Powers - Why the Dog Hangs Out His Tongue - Keeping the Public in Public Domain

Michigan is still opening up, although it's not business as usual.  As of Monday libraries are able to gradually reopen.  This past week I videotaped a virtual version of my Prohibition program.  Virtual is not the same as live storytelling or theatre, but it's great to work a bit.  Another program now has been planned to be offered out of doors, using live streaming only if the weather doesn't cooperate. 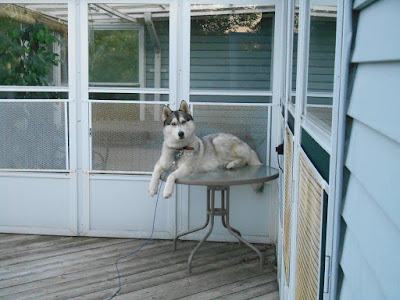 All of this has been tolerable thanks to two things, eBooks and my being allowed to hit the trails with my "trail buddy", my dog.  He's a Husky/Malamute mix, which I call a "Malamutt", but he's really the best of both breeds.  When we jumped 20 degrees in temperature, I thought I was helping him by not taking him out in the 80s.  WRONG!  He went nuts with the withdrawal and didn't appreciate his form of Shelter in Place.  Now I'm making sure we go out as early as I can manage it.  If that's not possible, we'll take a flashlight and do an after dark hike.  This made me wonder what stories it might fit.

Mabel Powers' Around an Iroquois Story Fire has the perfect tale, "Why the Dog Hangs Out His Tongue."  It's almost in the center of my copy which has a binding that wouldn't show the text in the gutter -- no, I'm not describing it's language, the gutter is a publishing term and it's the white space between pages.  Fortunately Archive.org let me copy and save the pages, but even they have a bit of shadow. 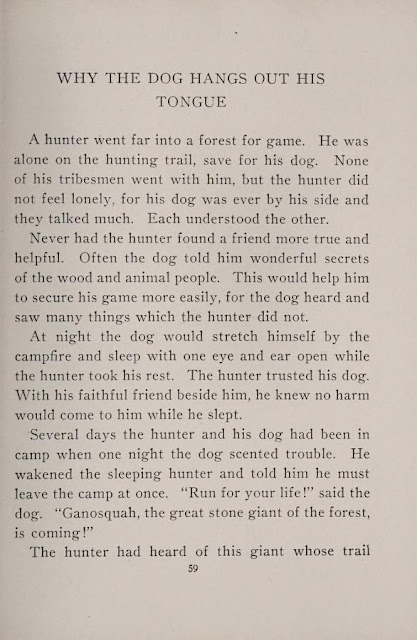 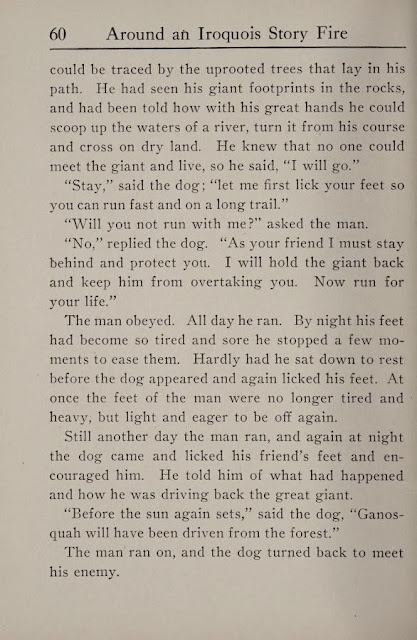 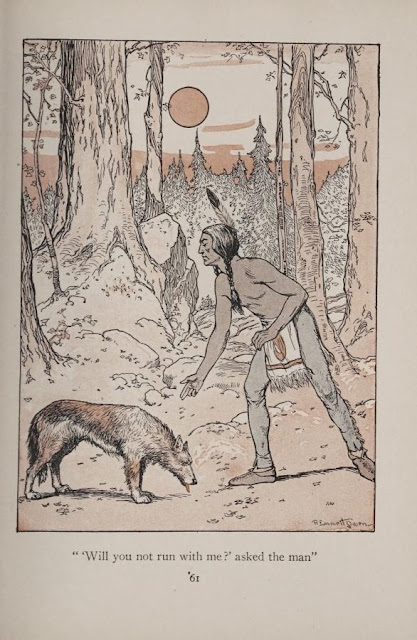 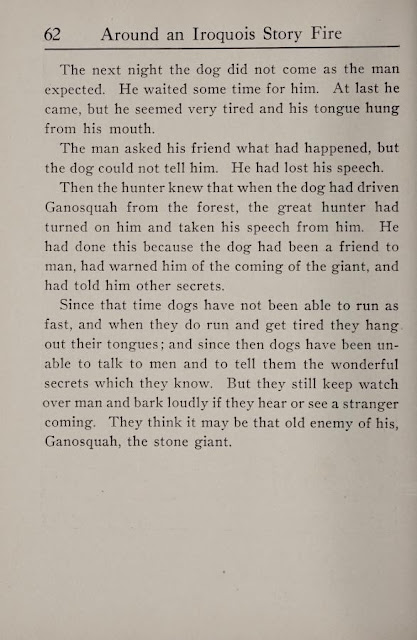 I've seen that tongue a lot in the sudden switch to hotter weather.  I must add, all my past malamutes, while generally quiet, have tried to talk with their characteristic "woo, woo" and my past huskies a bit, too.  A friend, when I told her about one who loved to sing the blues at night, was surprised because of their name: Malamute.  She thought that meant they couldn't make a sound.  Not Hardly!  The breed was known for its close association with a group of the Inuits called the Mahlemut people.   My "trail buddy" tries particularly hard to communicate...sometimes in ways I'd rather not hear.  He's a "MouthyMutt" trying to reverse the Iroquois tale.
Posted by Lois Sprengnether Keel at 1:00 AM