Hulbert - The Sea-King's Daughter - Keeping the Public in Public Domain

Today's story may sound familiar to folklore fans.  I'll give its better known versions at the end.  See if you recognize it.  Stories travel.  Did this originate in Korea or travel there? 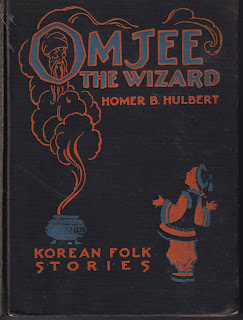 Homer B. Hulbert's book, Omjee the Wizard is not well known nor even included in the earliest English standard folklore index nor its supplements, Index to Fairy Tales, Myths, and Legends by Mary Huse Eastman started in 1915 (with later editions eventually continued by Norma Olin Ireland and Joseph W. Sprug).  I bought the book because, as its subtitle notes, it's "Korean Folk Stories."  Having Korean daughters, I had to have it! 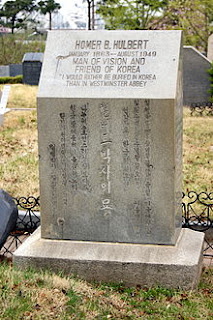 Being published in 1925, I renewed my interest in it because books from that year have just entered the Public Domain.  Because its binding was a bit loose I went looking to find an online copy, but there is none as of this writing.  Since the name of Hulbert isn't Korean, I also went looking to see more about the book and its author.  Its Preface states the author's background as being "the result of twenty years of residence in Korea and some considerable examination of that literature, but especially of personal contact with the people in their ordinary life and avocations where folk-lore persists at its best."  I checked further, starting with Wikipedia, which certainly showed his own comment was a major understatement.  A more thorough explanation is found in the Korea.net article, "Loving Korea More Than Koreans."  Hulbert is shown as important to both its literature in the late 19th century and worked hard in the 20th century for Korean independence at personal cost.  He was invited back to Korea by its first President.  Hulbert died there a week after his return saying, "I would rather be buried in Korea than at Westminster Abbey."  His achievements might have earned him a burial that unusual.  It is repeated on his tombstone in the Yanghwajin Foreigners' Cemetery.

There is more to be said about today's story and its book, but for now let the story speak for itself. 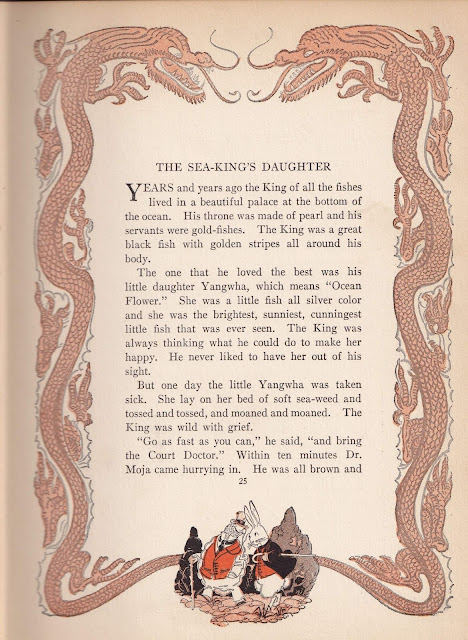 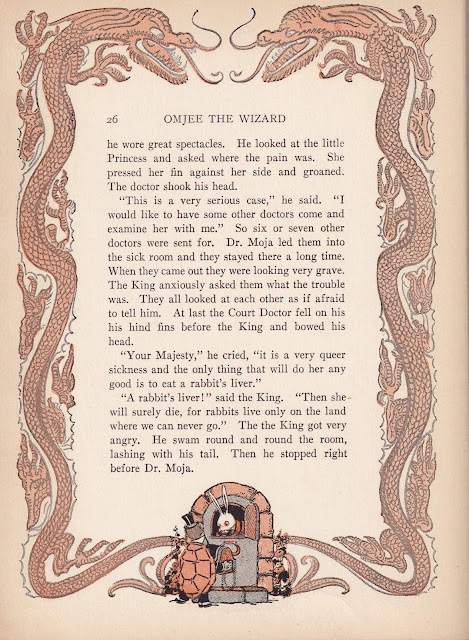 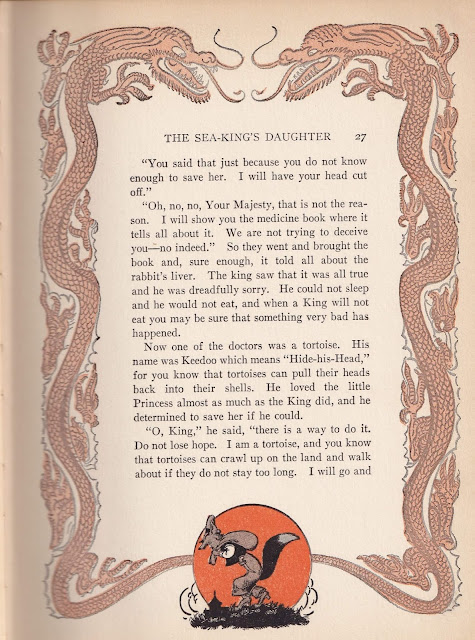 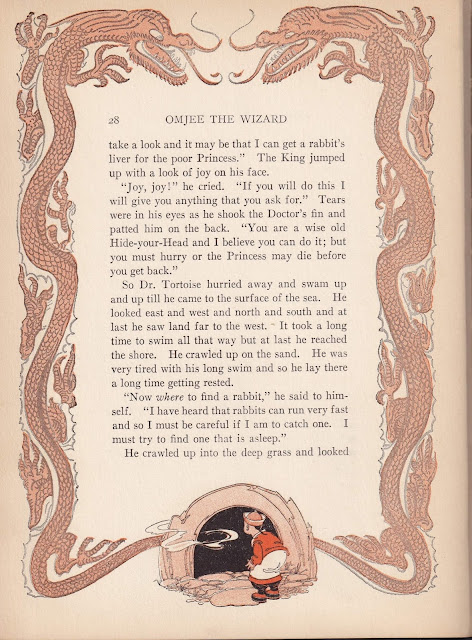 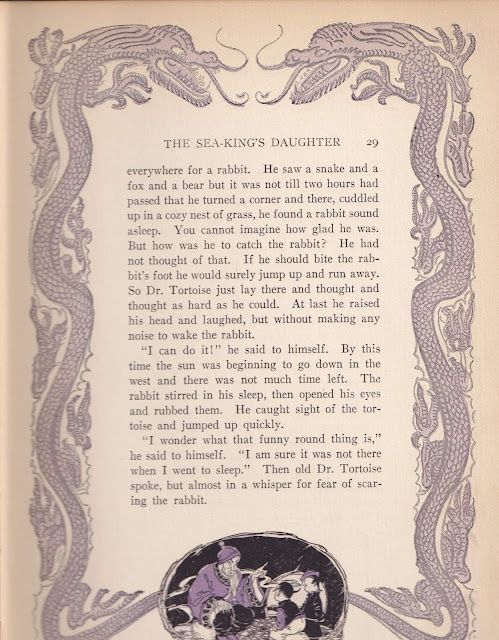 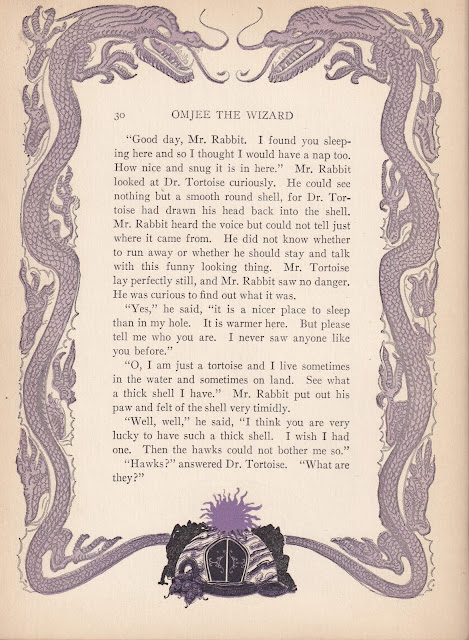 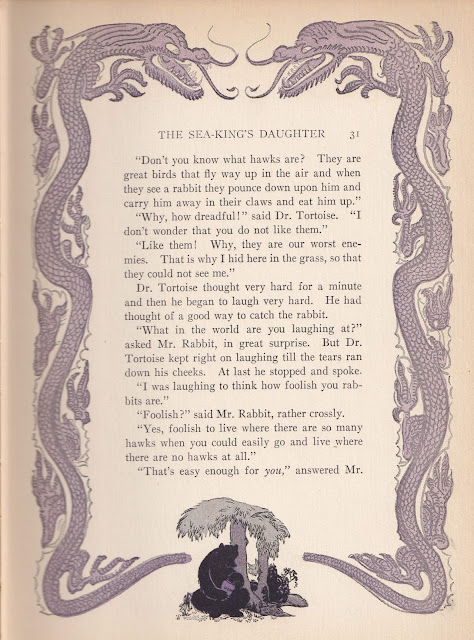 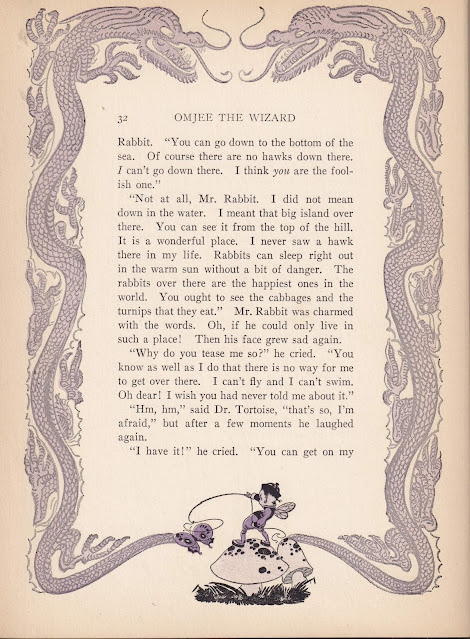 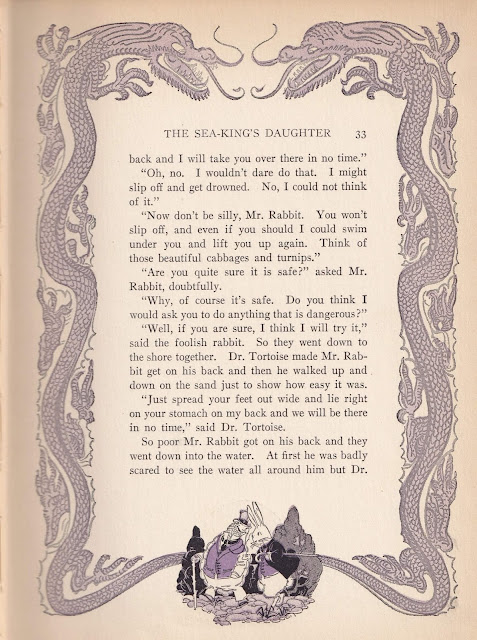 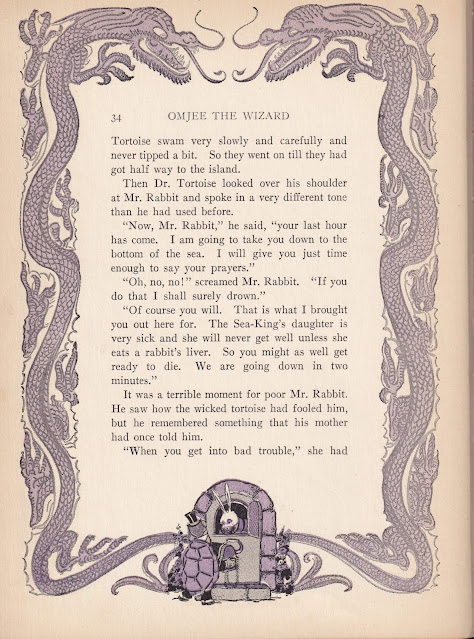 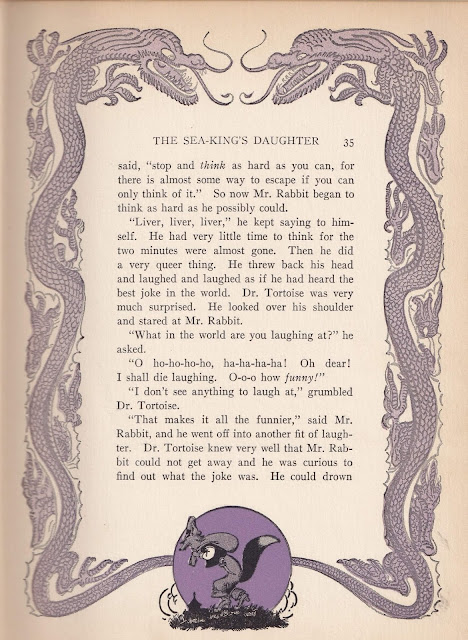 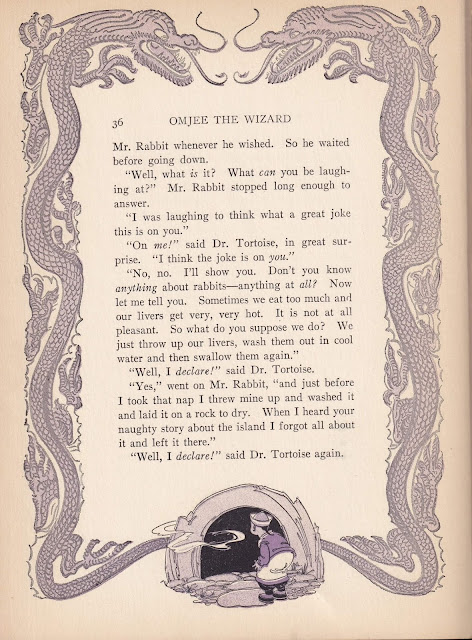 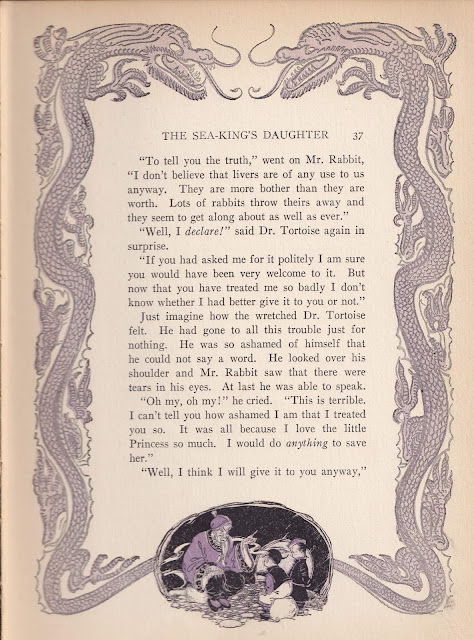 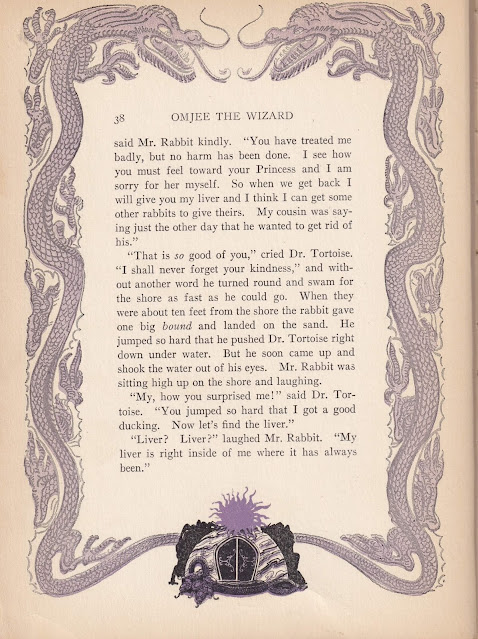 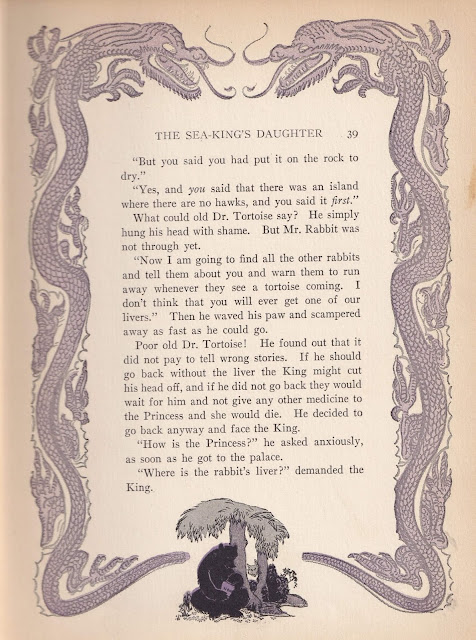 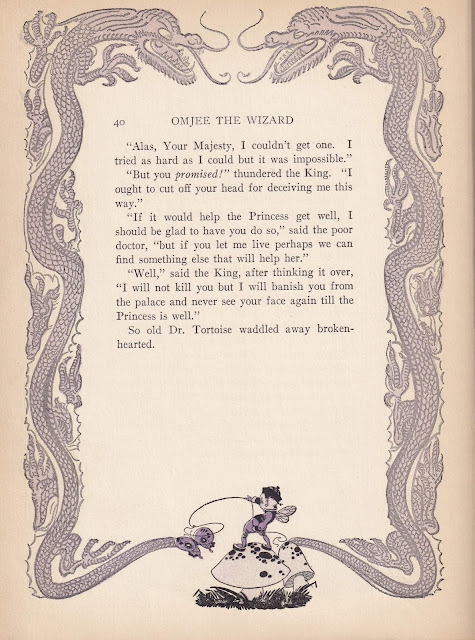 Intentionally I omitted this picture which faces the title page.  It's not shown again during the story, but comes from page 33 in the midst of the tale.  For those familiar with many folktales, the picture gives away its more commonly known version, "The Heart of a Monkey", which Wikipedia places as either a Swahili tale(which would place it in either East or Southern Africa) or part of the Panchatantra (which would place it in India "roughly 200 BCE – 300 CE, based on older oral tradition.")  So did it start in Korea or travel there?  It's impossible to say, but the story certainly traveled a lot! -- more than Mr. Rabbit on Dr. Tortoise.

Hildegard Lupprian was the book's illustrator.  Her name is attached to many children's books.  She was not even remotely Korean, but was assigned the book by the publisher, Milton Bradley Company, better known for its games and puzzles.

Next week I want to bring another story from the same book which does something very creative and not found in those other versions of the story.  It resolves the tale of "The Sea-King's Daughter" and what happens to her!  Admit it, don't you wonder?