Carolyn Sherwin Bailey is both an award-winning author and a fine anthologist.  She won the Newbery Award for her children's novel, Miss Hickory and also is the author of the classic picture book, The Little Rabbit Who Wanted Red Wings.  I always know any anthology she put together will contain gems. Because she was also a teacher (also a principal and writer for both storytellers and educators), the stories tend to have a lesson included in the tale.

This is a story I discovered while seeking material for storytelling at a birthday party.  This eight year-old tomboy is not your typical fairy tale princess, but more of a terror of a princess. 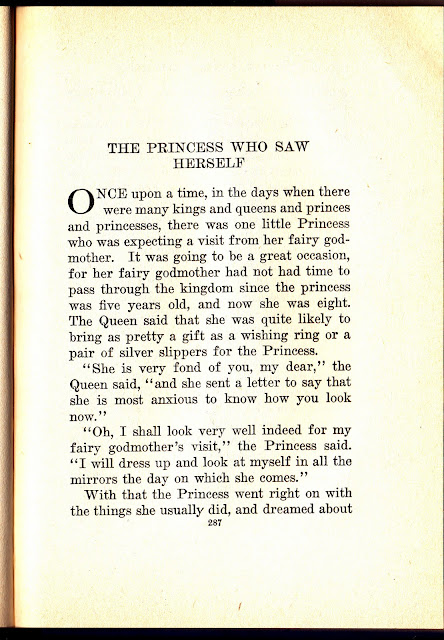 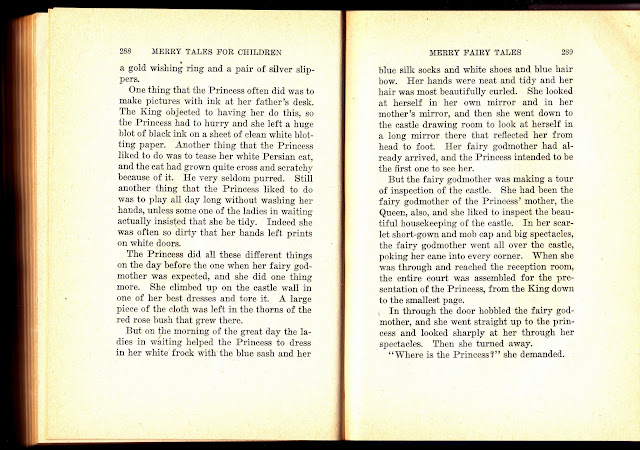 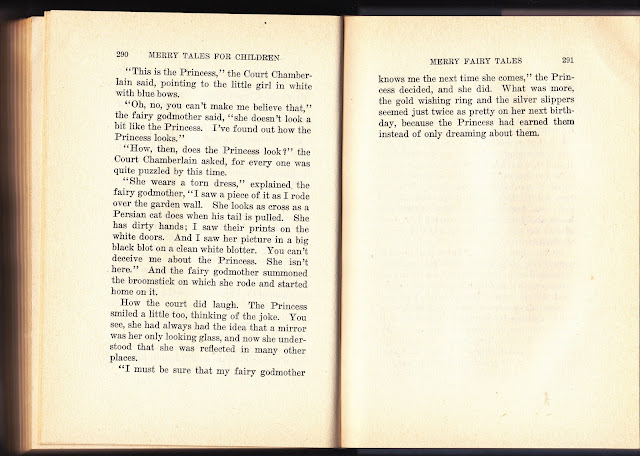 The fun is definitely in those early stages, but, when the princess realizes what it takes to be recognized as a princess, the reward comes swiftly.  After all, she may be a tomboy, but if she knows what it takes to win a prize she goes after it and wins it.

Both the  books I named at the beginning were written in the mid-1940s and are not yet in Public Domain, but ReadBookOnline.net lets you read many of her stories.  I noticed they included "Birthday of the Infanta", which is by Oscar Wilde.  The story actually is re-told by Ms. Bailey and her books always noted original authors, while making a story more easily tellable.

I'm going to include a second and very unusual princess story by Ms. Bailey next time.  It's a glimpse of the variety found in her anthologies.
****
This is part of a series of bi-weekly posting of stories under the category, "Keeping the Public in Public Domain."  The idea behind Public Domain was to preserve our cultural heritage after the authors and their immediate heirs were compensated.  I feel strongly current copyright law delays this intent on works of the 20th century.  I hope you enjoy discovering new stories.